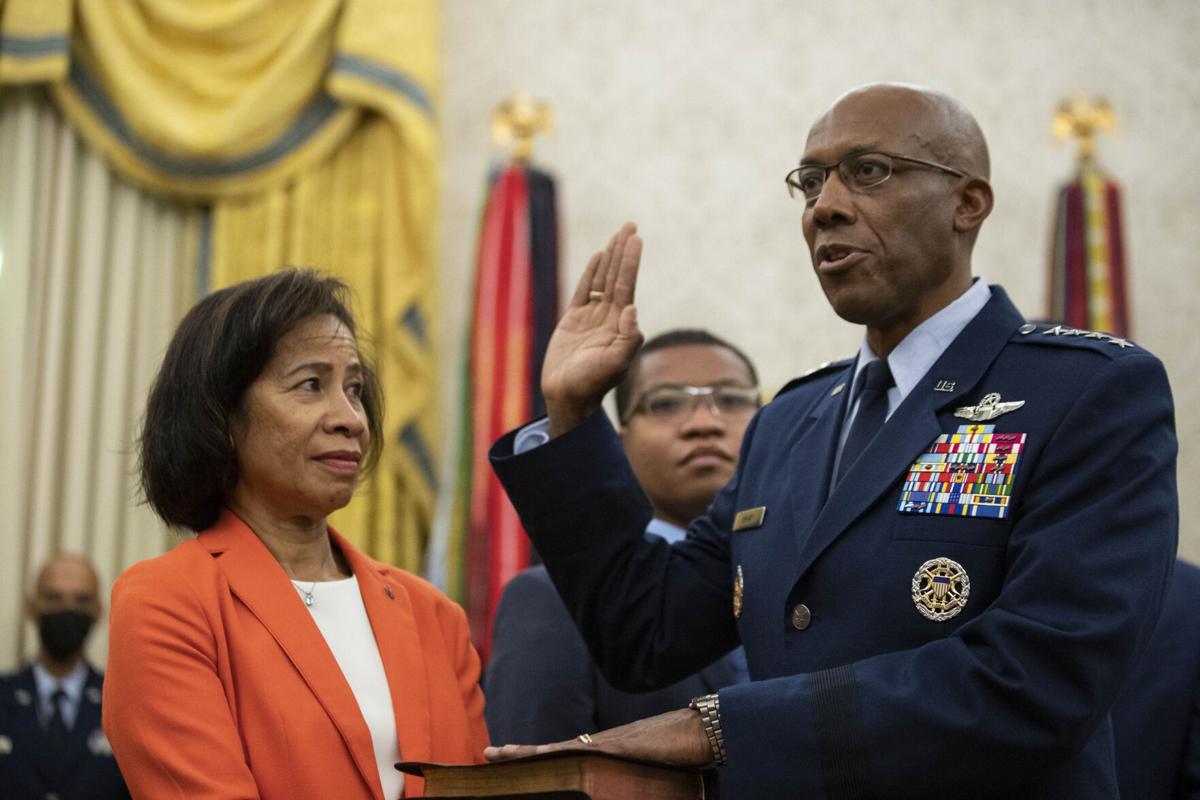 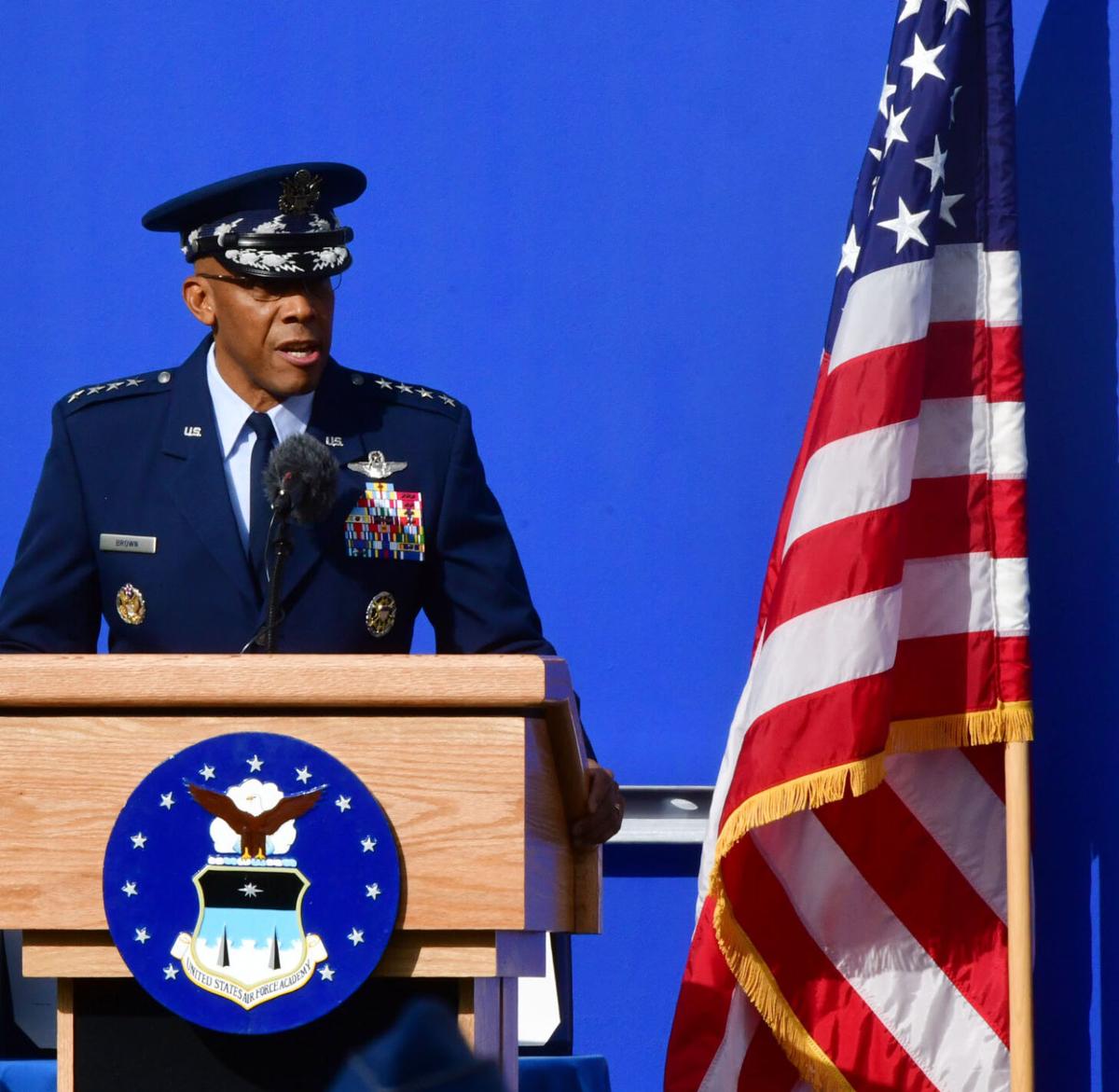 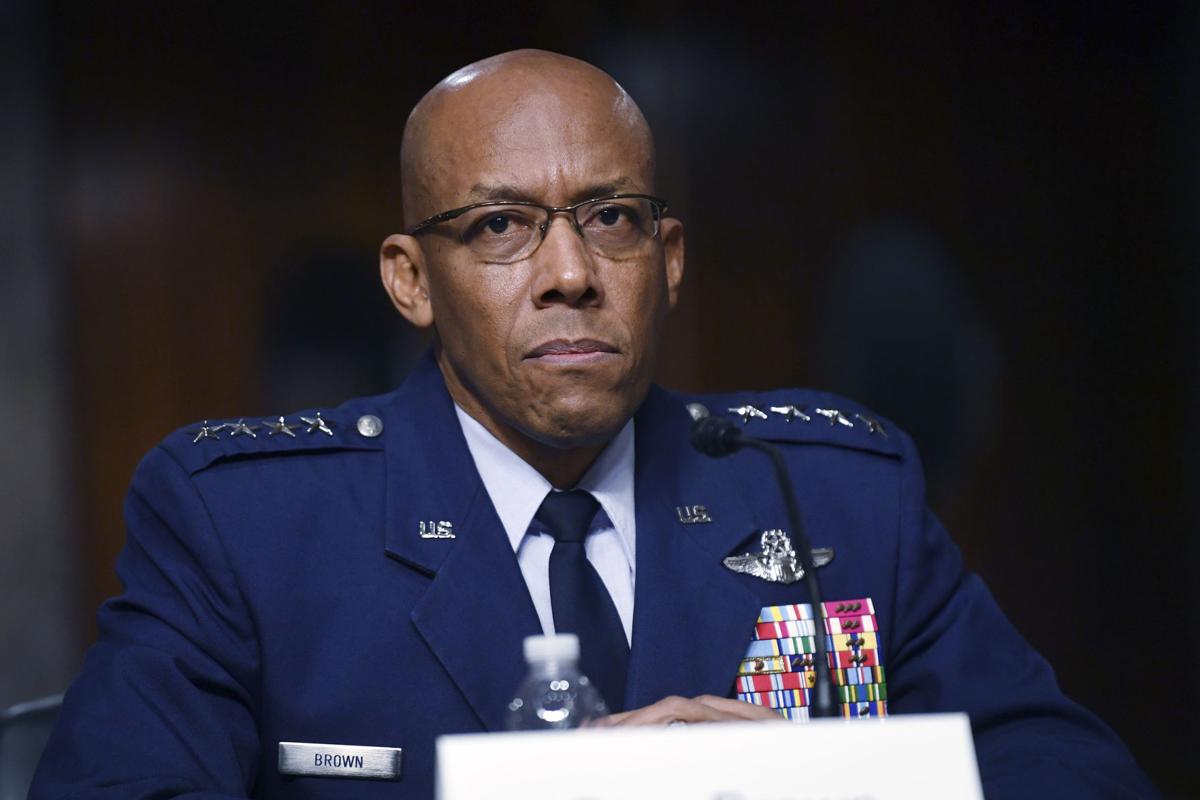 Gen. Charles Q. Brown speaks in staccato, but with a pilot’s precision, accustomed to multitasking at more than the speed of sound.

“We can accelerate change, or lose,” said Brown, known across the Air Force by his initials CQ.

Brown is the first Black man to hold the Air Force’s top job. An F-16 pilot and expert in the rising threats America faces around the Pacific Rim, Brown last month became the 22nd Air Force chief of staff and one of just five men to hold the post who didn’t graduate from a service academy.

In Colorado Springs to install a new leader at the Air Force Academy, Brown also spent time with leaders at U.S. Northern Command and U.S. Space Command at Peterson Air Force Base.

For all his speed, Brown isn’t hasty.

His visit came days after Russia skirted the Alaskan coast with a pair of supersonic bombers and escorting fighters. The bombers were met by American F-22 Raptors that hung with the Russians as they lingered just outside U.S. airspace for three hours.

“We’re watching actions and trends,” Brown said of Russia. “We want to understand how that plays out.”

Key to Brown’s strategy: Making sure the Air Force is agile and swift enough to meet threats as they arise.

“How quickly we can move a capability,” he explained.

He also said the Air Force needs to closely coordinate with allies around the globe as Russia rattles its saber and China flexes its mounting military muscle.

Brown took the service’s top job at a time of racial unrest across America. He wants others in the Air Force to find the same limitless opportunity he found in uniform.

“We want to be judged on the content of our character and our ability,” he said.

But making sure that happens means training officers and sergeants to look for talent in the ranks and cultivate it, regardless of race, ethnicity or gender.

“We want to put the best individual in these positions,” he said.

A native of San Antonio, Brown was a quiet and studious youth who enrolled in the ROTC Program at Texas Tech. He was commissioned in 1985, and his ability to lead and teach was quickly recognized. By 1988, he was teaching others how to fly the F-16.

Brown spent a day at the Air Force Academy, examining how it turns cadets into second lieutenants. He was impressed.

“I want them to keep doing what they are doing,” Brown said.

What Brown enjoyed the most in his Colorado Springs tour was sitting down with more than a dozen cadets and talking about the service’s future.

“It was just amazing talking to them,” he said.

In Brown’s first weeks as chief, he has studied how the Air Force builds its force. He’s made three trips away from the Pentagon: to San Antonio, where the Air Force turns recruits into airmen, to Maxwell Air Force base in Alabama, where the service takes mid-career officers and trains them for higher echelons of leadership, and the academy.

“One area I am focused on is developing future leaders and training our airmen,” he said.

He said he needs officers who act with the speed he espouses at every stop.

“We have to develop leaders who can handle these challenging situations,” he said.

Brown walked into a challenging situation at the Pentagon.

A gridlocked Congress is mulling a stop-gap budget that will fund the military through Dec. 11. The bill has passed the House and is likely to get Senate approval in time to avert a government shutdown on Oct. 1. But the short-term budget locks the Air Force into its 2020 budget, with little ability to change existing plans or start new initiatives.

Brown isn’t decrying the budget, instead looking to build relationships on Capitol Hill.

The focus, he said is “how do we continue to work together?”

Insiders say the Pentagon’s $740 billion 2021 budget is likely the biggest the military will see before belt-tightening begins. Mounting federal deficits and the need for domestic spending on coronavirus relief could cut the Defense Department’s coffers after seven straight years of growth.

“No matter how the budget plays out, I think the Air Force is going to have to make tough decisions,” he said.