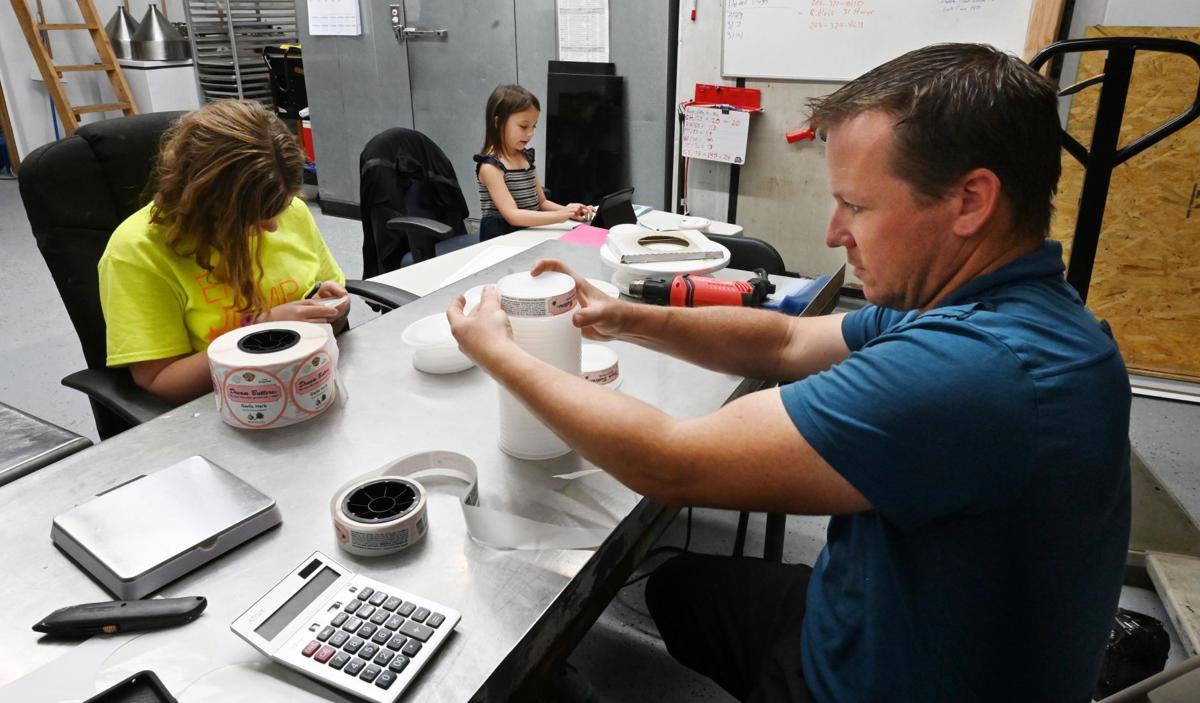 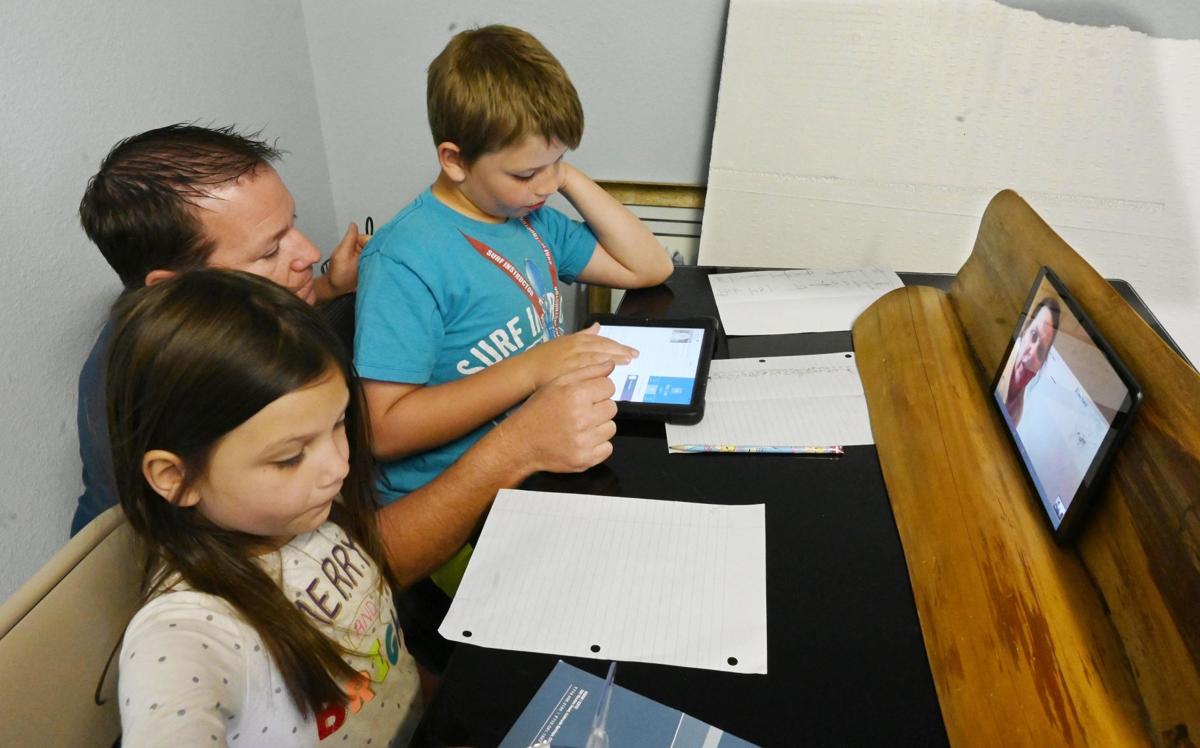 LEFT: Brad Tyra takes a break from working to help his son, Bennett, 10, and daughter Janna, 7, with their schoolwork. Tyra was working at his commercial kitchen while watching his four children, who are doing schoolwork at home because of COVID-19. Tyra and his wife are in the National Guard. She is deployed until December. RIGHT: An assortment of Dream Butters readied for sale at local groceries and farmers markets. 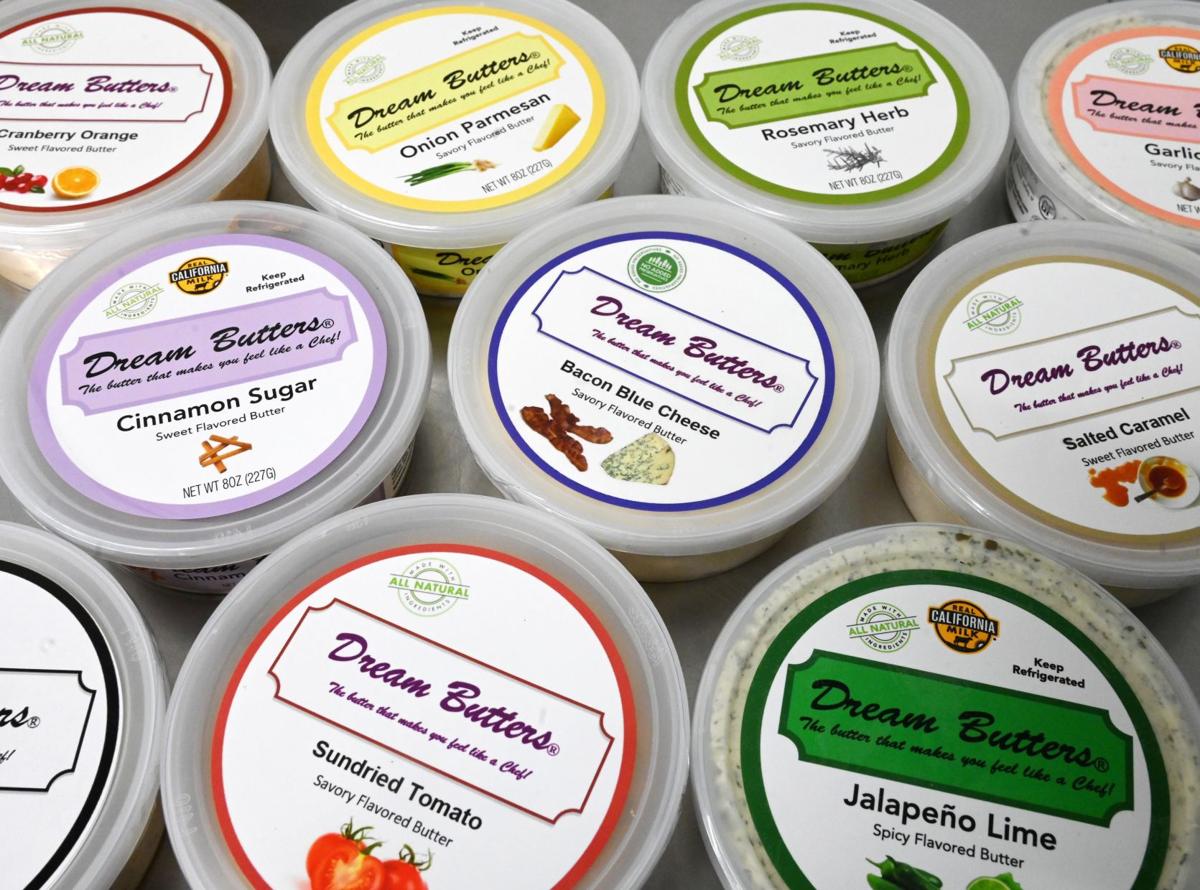 Dream Butters is an assortment of butters that the Tyra family produces and sells at local groceries and farmer's markets. 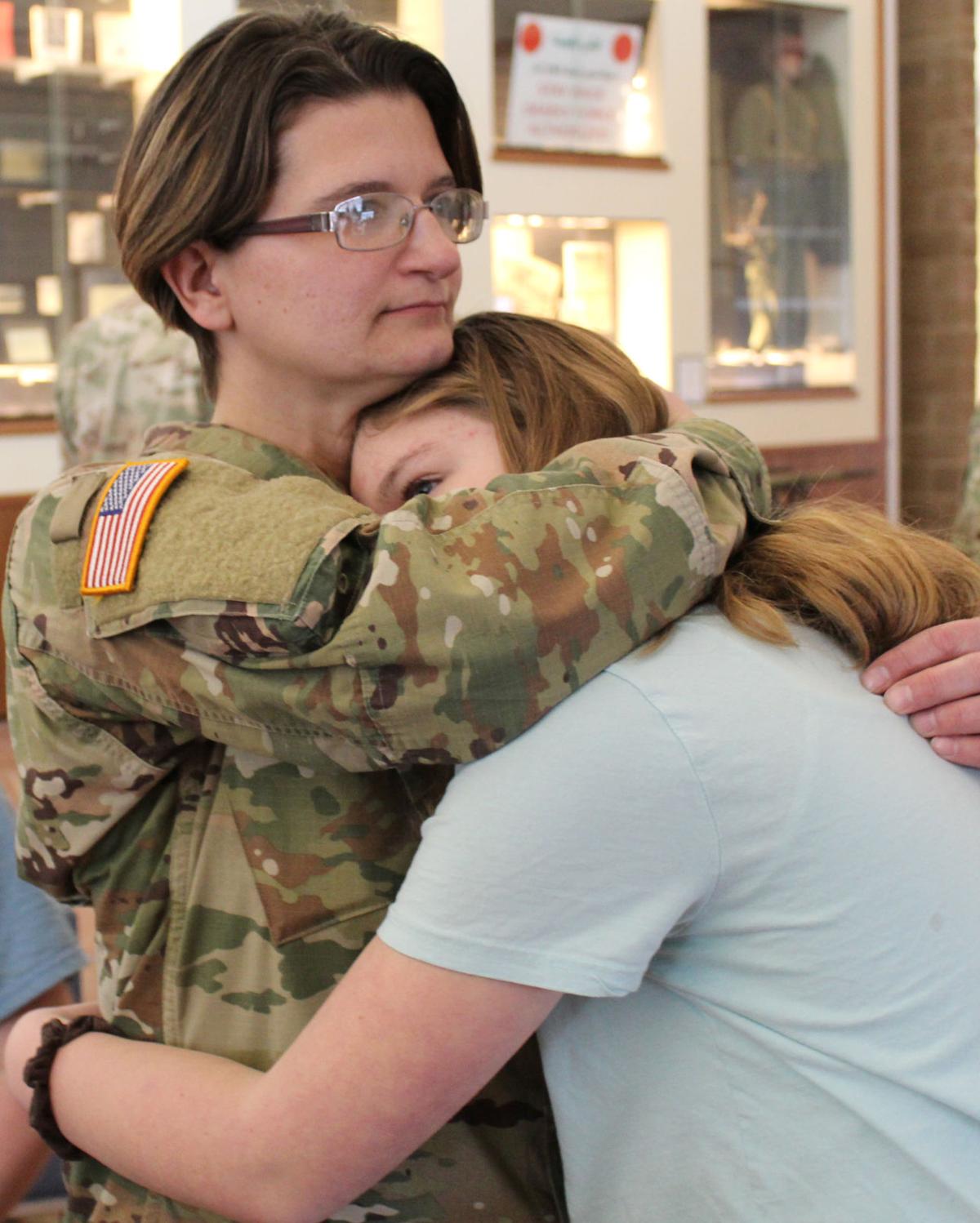 LEFT: Brad Tyra takes a break from working to help his son, Bennett, 10, and daughter Janna, 7, with their schoolwork. Tyra was working at his commercial kitchen while watching his four children, who are doing schoolwork at home because of COVID-19. Tyra and his wife are in the National Guard. She is deployed until December. RIGHT: An assortment of Dream Butters readied for sale at local groceries and farmers markets.

Dream Butters is an assortment of butters that the Tyra family produces and sells at local groceries and farmer's markets.

When Brad Tyra’s wife deployed to the Middle East in January, the business owner and father of four knew things would get crazy.

But not coronavirus crazy.

“Pandemics, you can’t predict those — and I did not predict this,” Tyra said.

“There are days when you’re trying to leave the house and it’s, ‘No, you can’t wear that dress. Put your shoes on. You, go get in the car. Where’s your sister? No, put your shoes back on. No, you can’t take snacks.’

“Sometimes it takes 20 minutes to leave the house because a child disappears or decides to change clothes and they start fighting.”

Such mornings are now par for the course, says Tyra, a former Air Force F-16 electrician and chef who co-owns Dream Butters, a gourmet butter business, with his wife and mother.

Life was hectic after Sgt. Jamie Tyra, a geospatial engineer with the Colorado National Guard, left for her first deployment.

Now, with a pandemic in full force, it’s pandemonium at the Tyra household.

“Things that had never happened to me in my life all happened in one day. All hell broke loose,” Tyra said. “Days like that I’ve tried to block from my memory.”

With schools closed due to the pandemic, every day is take-your-child-to-work day, and home has morphed into a de facto classroom for four kids in three schools, a situation he calls an “absolute nightmare.”

He recently found himself so frustrated by the juggling of virtual school schedules and assignments that he yelled at his son, who had done nothing wrong, he said.

“I would rather have a child that’s a month behind in school than have an emotionally damaged child and a damaged relationship. That’s what I finally accepted. I love too much to hurt them.”

When Tyra isn’t playing with his kids or attempting to keep up on chores, he’s tending to his business, which he’s attempting to keep afloat — a tall enough task with his partner away, but one that is even more challenging with wild fluctuations in grocery store stocks.

Before coronavirus, he was making deliveries to the Safeway warehouse in Denver once every week or two and had 10 workers who would offer samples at area stores.

“As soon as coronavirus hit, we weren’t allowed to do demos anymore, which slowed our sales down,” he said. “But our products were still selling because people were raiding the stores.”

The chain didn’t place an order for about a month while it focused on essential items, he said.

But it just placed another order, due this month.

“Now that everyone has kind of calmed down, sales are going back to normal,” he said.

But normal doesn’t mean profitable. Tyra said he hasn’t taken a paycheck in two years — but he and his wife have a dream.

“One day I was running numbers, five-year projections, one-year projections,” he said, “and I realized that at some point, if we’re in Costco and all the Krogers, we’re going to be making somewhere near 20 million units of butter a year.

“I ran the numbers and realized that’s a lot of money.

“I leaned over to my wife and asked her what we would do if we made $5 million a year. ... She had this full page of what we could do with the money. We could find a needy family and pay off their house, pay for 12 Christmases, pay off 12 student loans for someone who is struggling.

Tyra plans to keep plugging away at the business, spend ample time with his kids and count down the days until his wife returns.

“You roll over in the middle of the night and you’re alone in bed,” Tyra said. “You find yourself staying up late, not wanting to go to bed, because of the dread of going to bed alone.

The support network available to female military spouses just isn’t there for male spouses, he says.

“It’s socially acceptable for women to get together and hug and cry and talk about” deployed spouses, he said.

“For guys, not so much. It’s not socially acceptable for me to call a buddy crying and say, ‘I miss my wife’ and ‘my kids are driving me crazy.’

“I get left out of the appreciation dinners, the special events, the groups. We’re just as important as any mom out there with kids.”