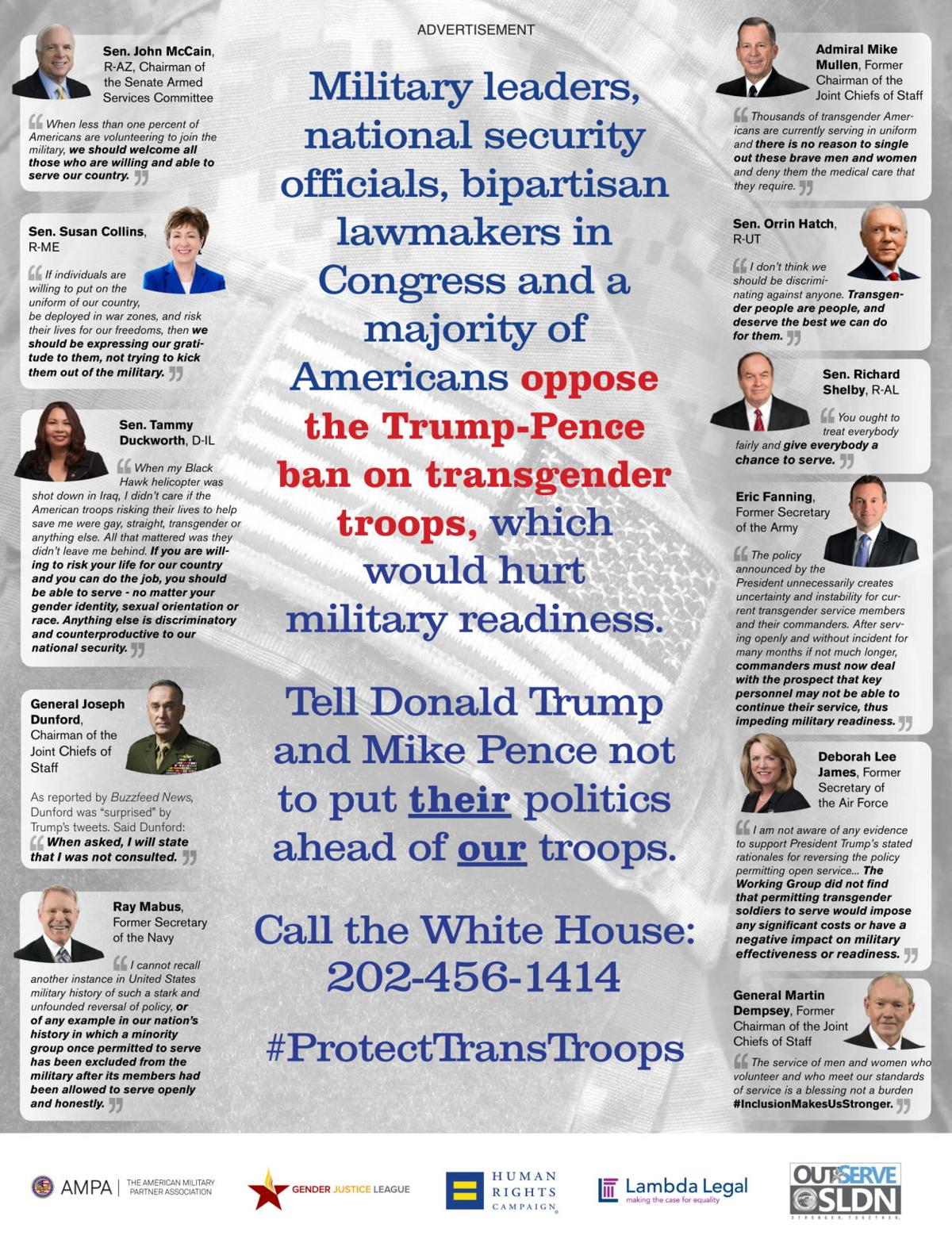 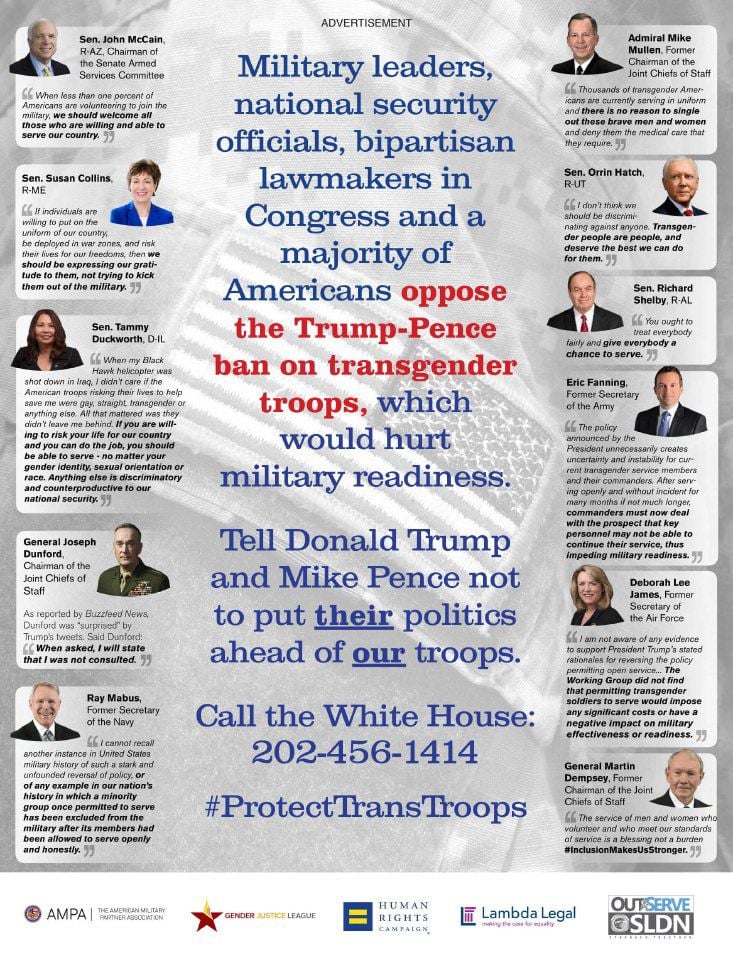 Advocacy groups spoke out against President Trump’s stance on transgender military service in a full-page ad in USA Today on Monday.

Lesbian, gay, bisexual and transgender groups including The Human Rights Campaign, American Military Partner Association and the Gender Justice League published the ad with quotes from a bipartisan group of politicians and senior military leaders.

“The Trump-Pence Administration’s vicious targeting of actively serving military families with a discriminatory transgender ban is unconscionable and based on nothing but blatant anti-LGBT animus,” said Ashley Broadway-Mack, President of the American Military Partner Association, in a Monday release. “No military family should have to face the uncertainty and gear Trump and Pence are inflicting on their lives with this ban.”

The ad comes just days after Defense Secretary James Mattis delivered a memo outlining the secretary’s recommendations on transgender service to the White House. As of Monday, the memo has not been made public.

The recommendations were requested by President Trump after his August tweets stating that the U.S. Government would not allow transgender individuals to serve “in any capacity” in the military.

In response to the President’s tweets, the Human Rights Campaign and several other advocacy groups pushed forward a case, Karnoski v. Trump, to fight the ban. Now, six federal courts have issued rulings blocking implementation of the ban, according to the Monday release.

As President Trump mulls over his defense secretary’s recommendations the group of advocacy groups hope to mobilize the near 15,000 actively serving transgender service men and women with their Monday ad.

“This ad is just a snapshot of the overwhelming number of military experts and bipartisan members of Congress who all agree with the far majority of Americans that any qualified American – regardless of their gender identity – should be able to serve our country,” Broadway-Mack concluded in the release.