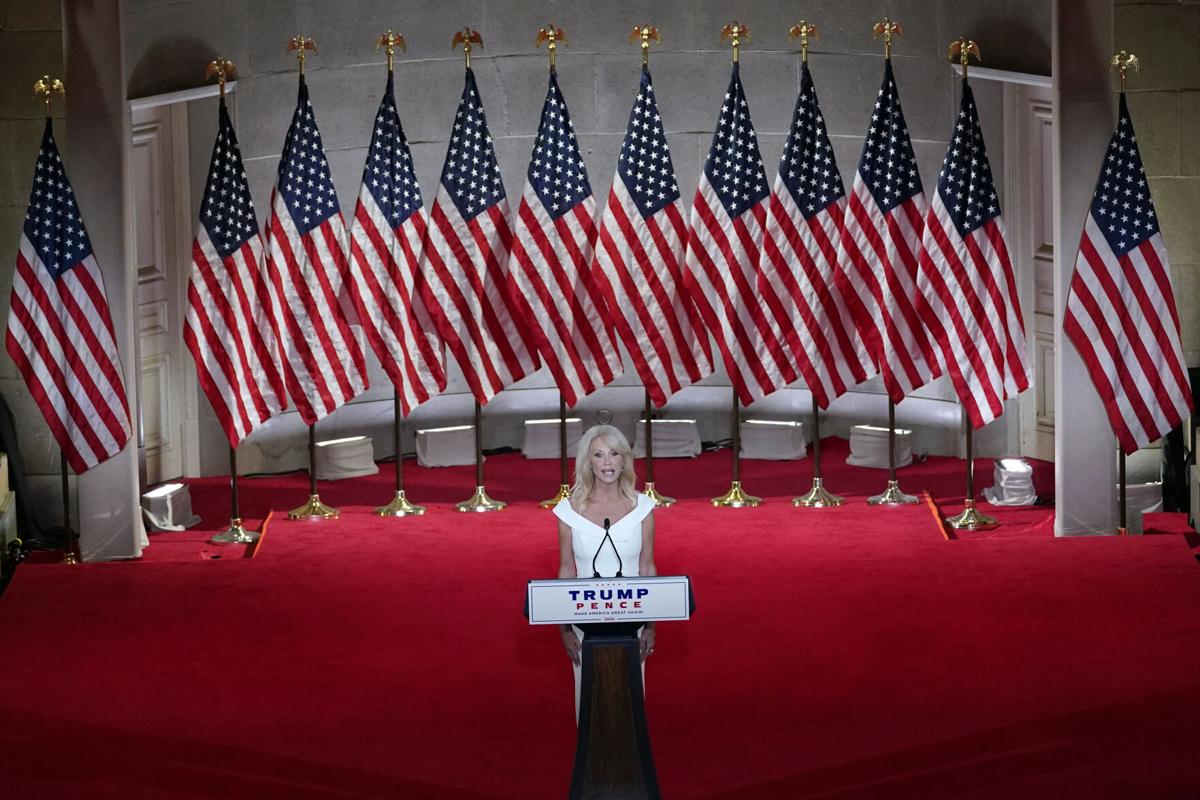 White House counselor Kellyanne Conway tapes her speech Wednesday for the third day of the Republican National Convention from the Andrew W. Mellon Auditorium in Washington. 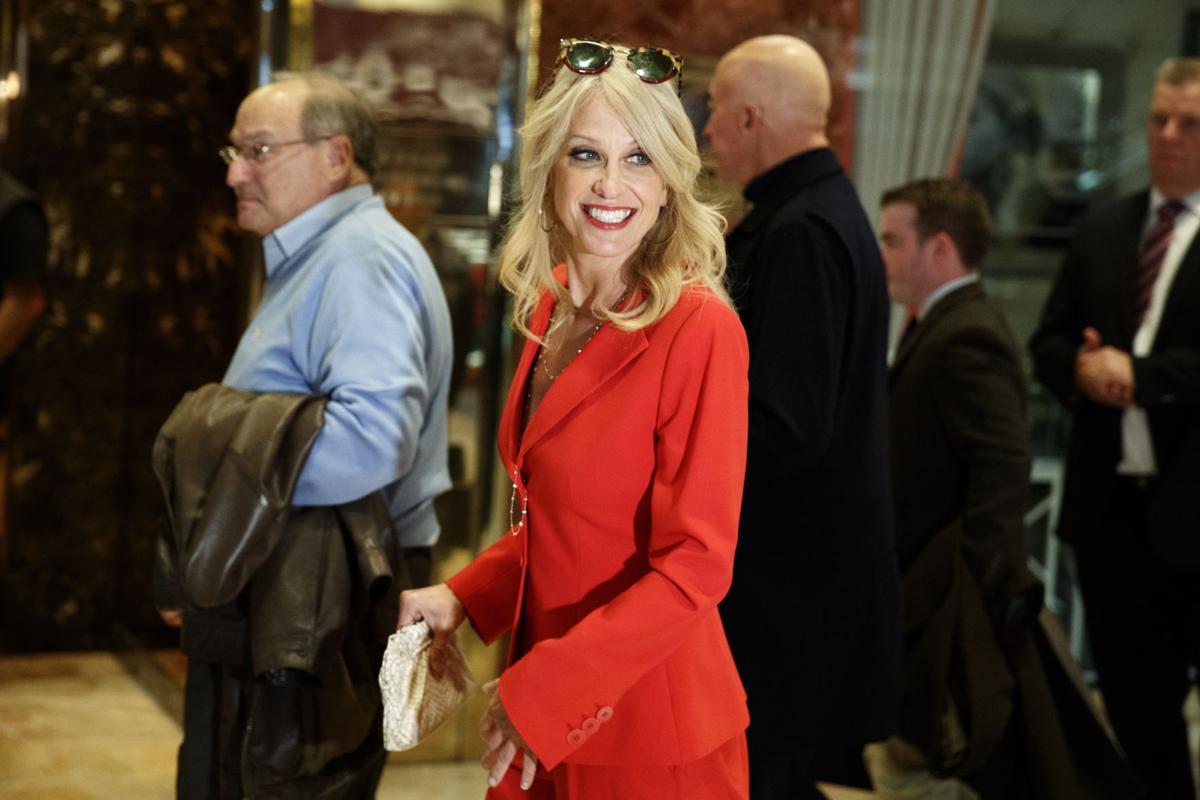 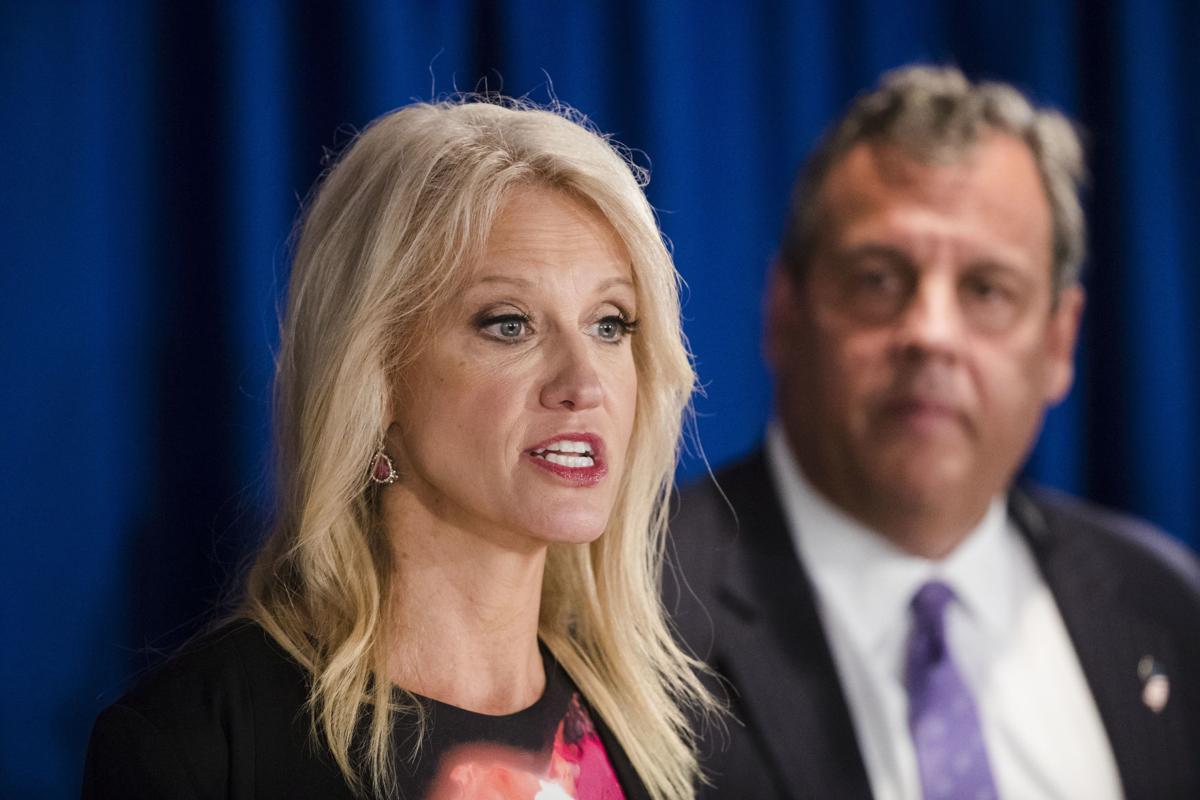 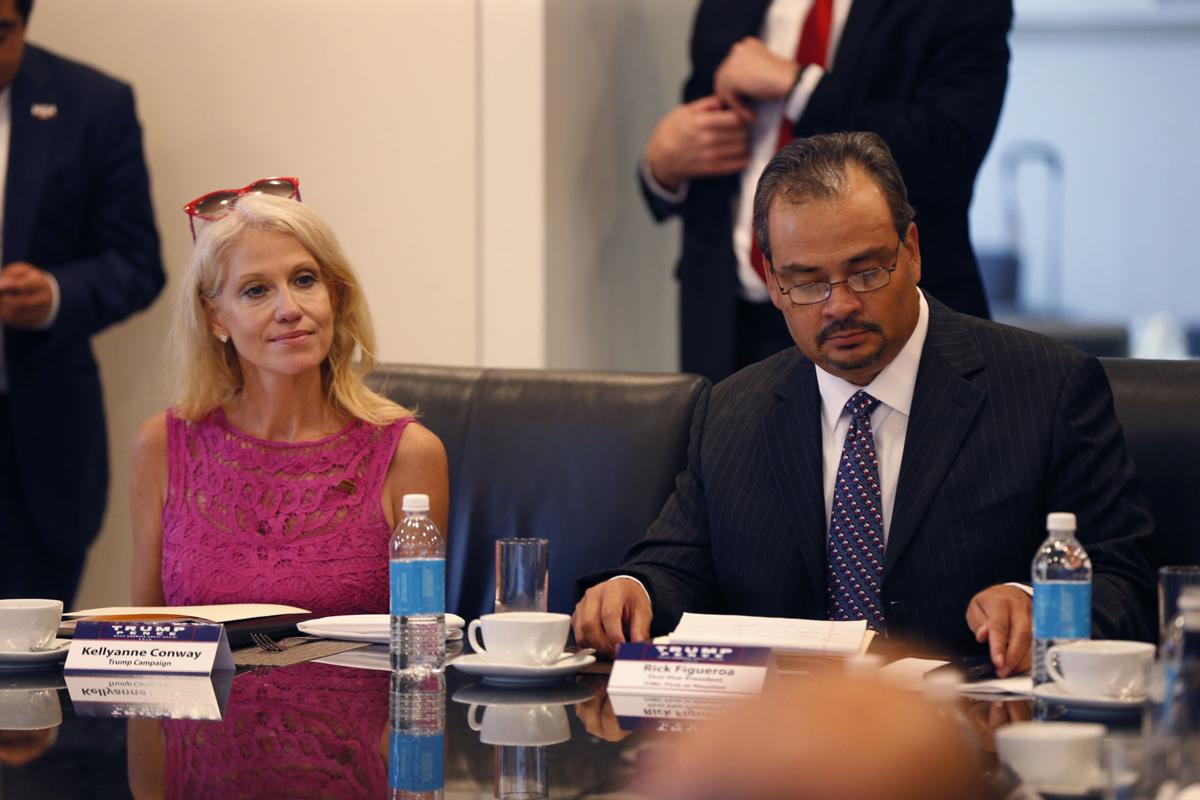 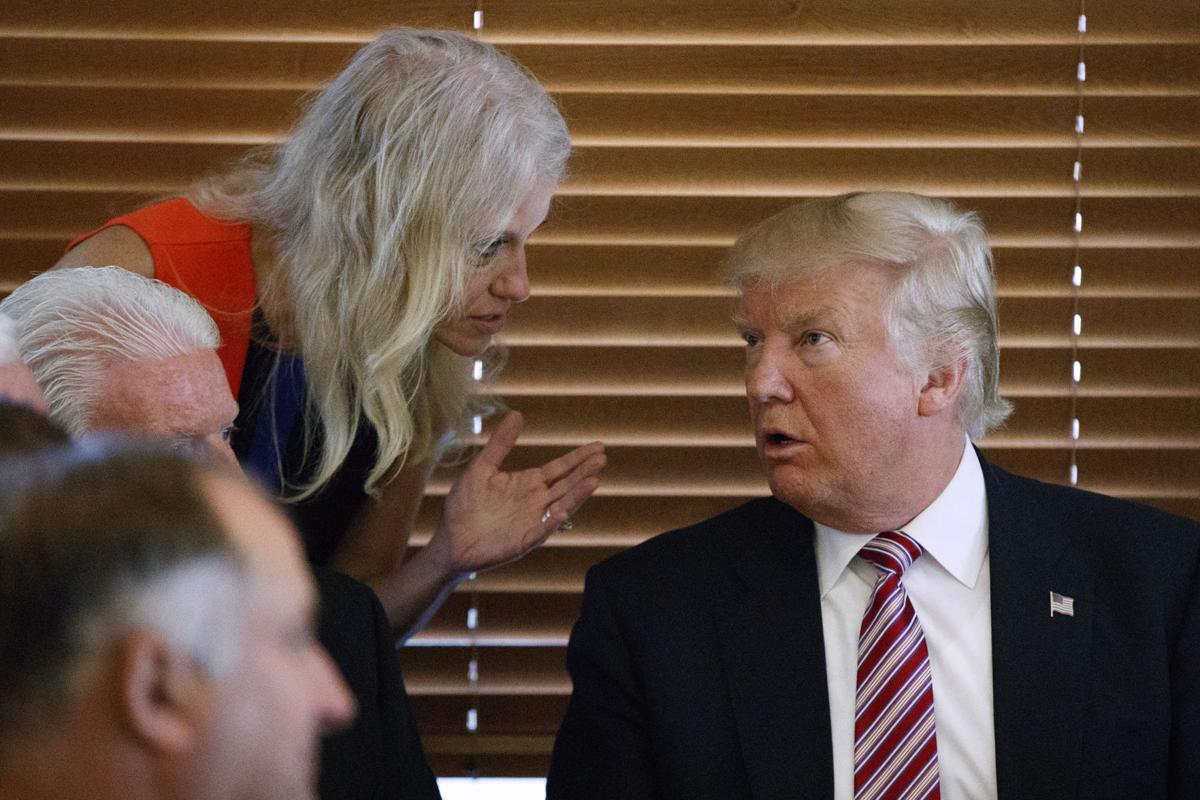 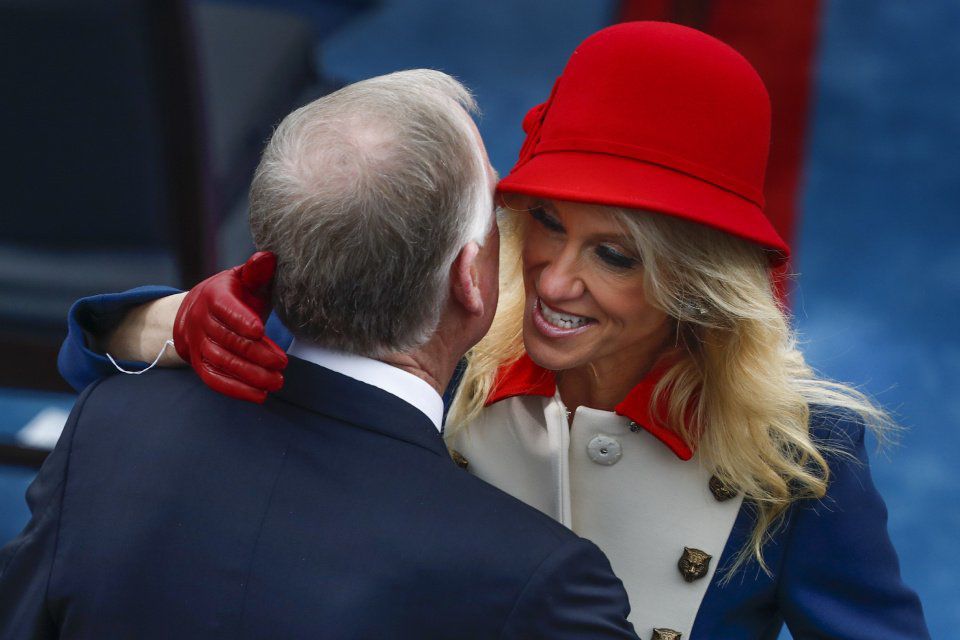 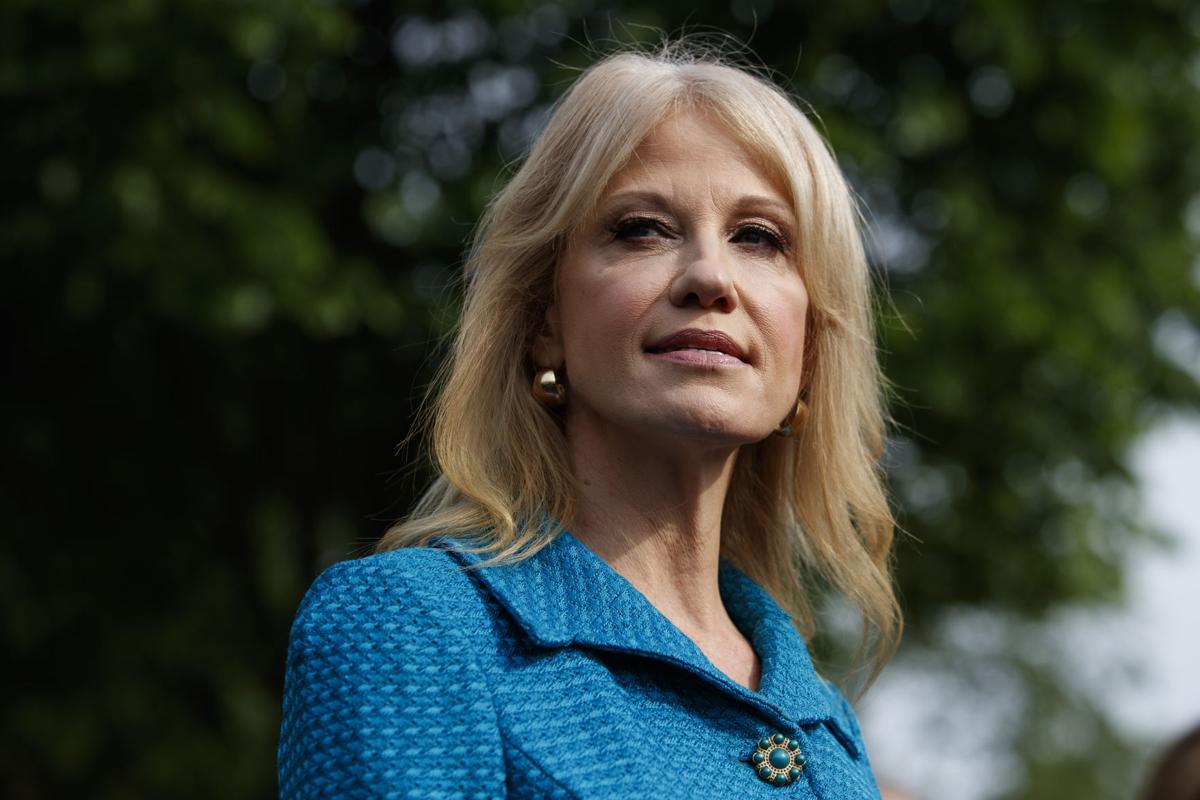 Kellyanne Conway, a former senior adviser to President Donald Trump, has been appointed to the Air Force Academy's advisory body, according to the White House.

Conway's appointment to the academy's Board of Visitors — which reports to the president and the Pentagon — was one of nearly 30 appointments to "key positions" on various boards announced Tuesday in a White House news release, and the most prominent.

Those boards included the Board of Trustees of the John F. Kennedy Center for the Performing Arts, the Board of Visitors of the Military Academy, the Board of Directors of the National Board for Education Sciences, the United States Holocaust Memorial Council, the Arctic Research Commission, and the Financial Oversight and Management Board of Puerto Rico.

The AFA oversight board was "established to inquire into the morale, discipline, social climate, curriculum, instruction, physical equipment, fiscal affairs, academic methods and other matters relating to the academy," according to the school. It's comprised of 15 members, six of which are chosen by the president, and at least two of which are academy graduates.

On Tuesday, academy officials refused to comment beyond saying that queries "related to presidential appointments should be directed to the White House."

The White House and Conway could not be reached for additional comment.

Retired Air Force Brig. Gen. Marty France — who was head of space programs at the academy before his retirement, and a 1981 academy graduate — said Tuesday that he was "shocked" by the choice, as were many in the graduate community.

"Given what we've seen in the last four years, we probably shouldn't be shocked," he said. "I wonder if she'll now call on [the academy] to institute a core course called 'Alternative Facts 101.'

"The dichotomy of having someone appointed to the Air Force Academy Board of Visitors — the senior oversight group for the academy — who used the term 'alternative facts' and has been so complicit in the tens of thousands of lies told by this administration, having her provide oversight of the Air Force Academy — an institution that I love, that is founded on the cadet honor code — is just hypocrisy at a level I can barely imagine."

Retired Air Force Maj. Gen. Irv Halter — a 1977 graduate of the academy who served as its vice superintendent from 2005-2006 — said he's never known a board member "who has outright lied in public multiple times."

The academy, and other service academies, stand out from other universities in that their "primary job is to develop officers of character," Halter said.

"Having somebody on the board who has — blatantly and publicly, multiple times, for everyone to see, including cadets — said things that are absolutely untrue — factually untrue — is just an assault on the Air Force Academy as an institution," he said. "It's just a really bad idea to have a notorious liar on the board."

Kathryn Smith — a former Air Force first lieutenant, a 1982 graduate of the academy, and a member of a group of women graduates and allies with representation at every board meeting — said she was "really disappointed that the president has selected someone who doesn't have the gravitas to deal with the really important issues the board should be dealing with."

"This isn't a patronage kind of thing — this is a job where people are expected to do the work and to care," Smith said. "We've already been disappointed when members of Congress [who are also board members] don't show up and don't even send a staffer.

"I can't imagine that Kellyanne Conway will show up to any meeting at the academy, or even the ones held in the D.C. area," she added.

Conway served as Trump’s campaign manager during the 2016 election, becoming the first woman to successfully steer a White House bid. She then became a senior counselor to the president.

She announced in August that she would leave the White House at the end of the month, citing a need to spend time with her four children in a resignation letter she posted. Her husband, George, had become an outspoken Trump critic and her family a subject of Washington’s rumor mill.

“We disagree about plenty but we are united on what matters most: the kids,” she wrote at the time. “For now, and for my beloved children, it will be less drama, more mama.”

On Thursday, Trump appointed Heidi Stirrup, an ally of his top adviser Stephen Miller, to the board as well. Stirrup was quietly installed at the Justice Department as a White House liaison a few months ago, but was told within the past two weeks to vacate the building after top Justice officials learned of her efforts to collect insider information about ongoing cases and the department’s work on election fraud, three people familiar with the matter told The Associated Press last week.

Stirrup is accused of approaching staffers in the department, demanding they give her information about investigations, including election fraud matters, the people said. They spoke on condition of anonymity because they were not authorized to publicly discuss the matter.

Stirrup had also extended job offers to political allies for positions at some of the highest levels of the Justice Department without consulting senior department officials or the White House counsel's office, and attempted to interfere in the hiring process for career staffers, a violation of the government's human resources policies, one of the people said.

The Justice Department declined to comment. Attempts to reach Stirrup were not successful.

Conway promotes Trump as a fighter for female empowerment