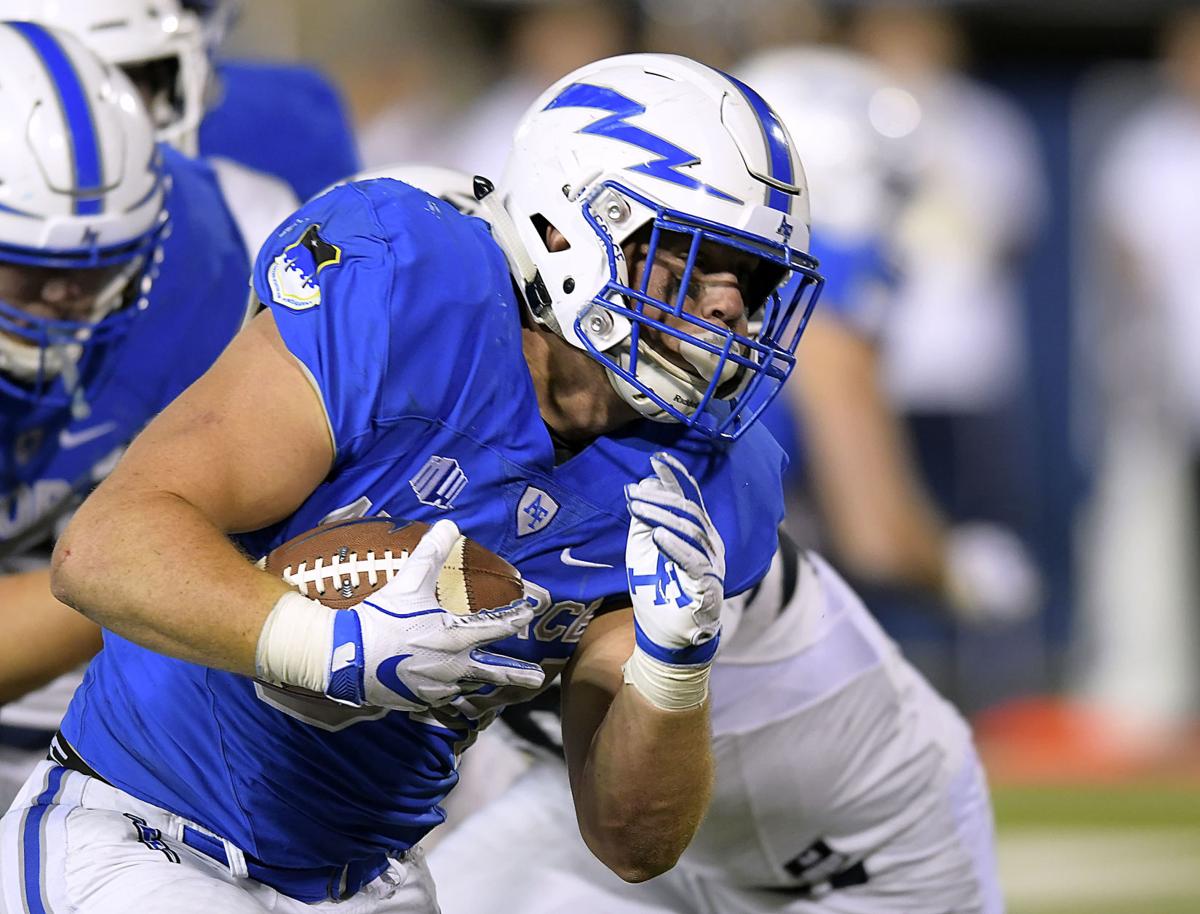 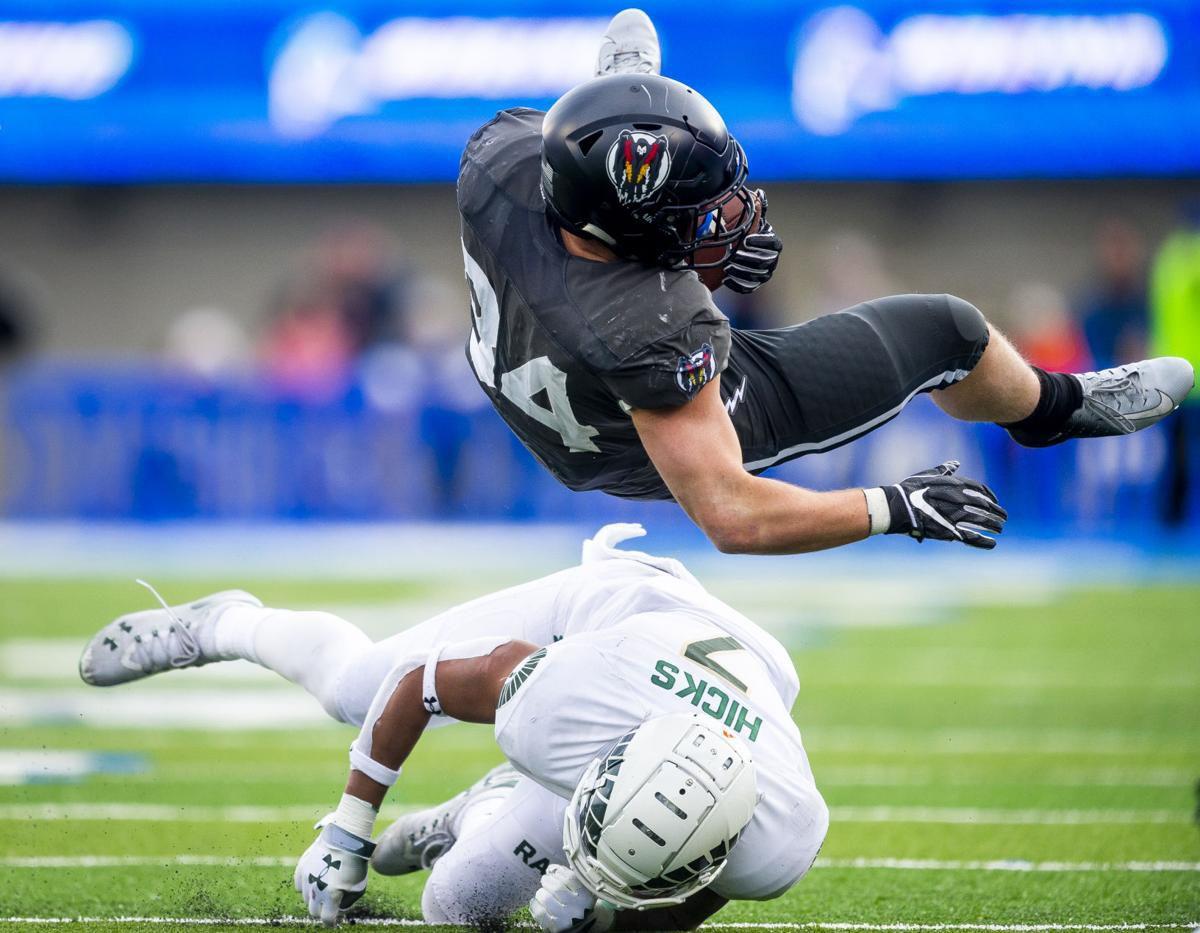 flies with the football for extra yards in a game against Colorado State during a Thanksgiving Day game at Falcon Stadium. Fagan was the leading AFA rusher in 2018.

flies with the football for extra yards in a game against Colorado State during a Thanksgiving Day game at Falcon Stadium. Fagan was the leading AFA rusher in 2018.

The leading rusher for the Air Force Academy’s 2018 football team pleaded guilty Thursday to snorting cocaine while partying in Breckenridge in 2017.

Fullback Kevin Cole Fagan was sentenced to 15 days behind bars, far less than the five-year maximum he faced. He also will be reprimanded and forced to forfeit $500 per month for two months.

Fagan was a high school football phenom who came to the academy in 2016. He was pulled from the Falcons roster in June, with the school citing an investigation.

The senior cadet said during his court-martial that while spending spring break with friends in Breckenridge, someone he didn’t know offered cocaine. He had been drinking heavily and felt peer pressure, and “in a moment of weakness and poor judgment,” he snorted “a small line” of the cocaine.

The crime to which Fagan pleaded guilty is a violation of Article 112A of the Uniform Code of Military Justice, which deals with drug use.

Before he was sentenced, he addressed the court, apologizing and acknowledging the effect his actions will have on his future. He will now have a federal drug conviction on his record.

“I know that I don’t have anyone but myself to blame for the predicament that I’m in,” he said, adding that he has stopped drinking.