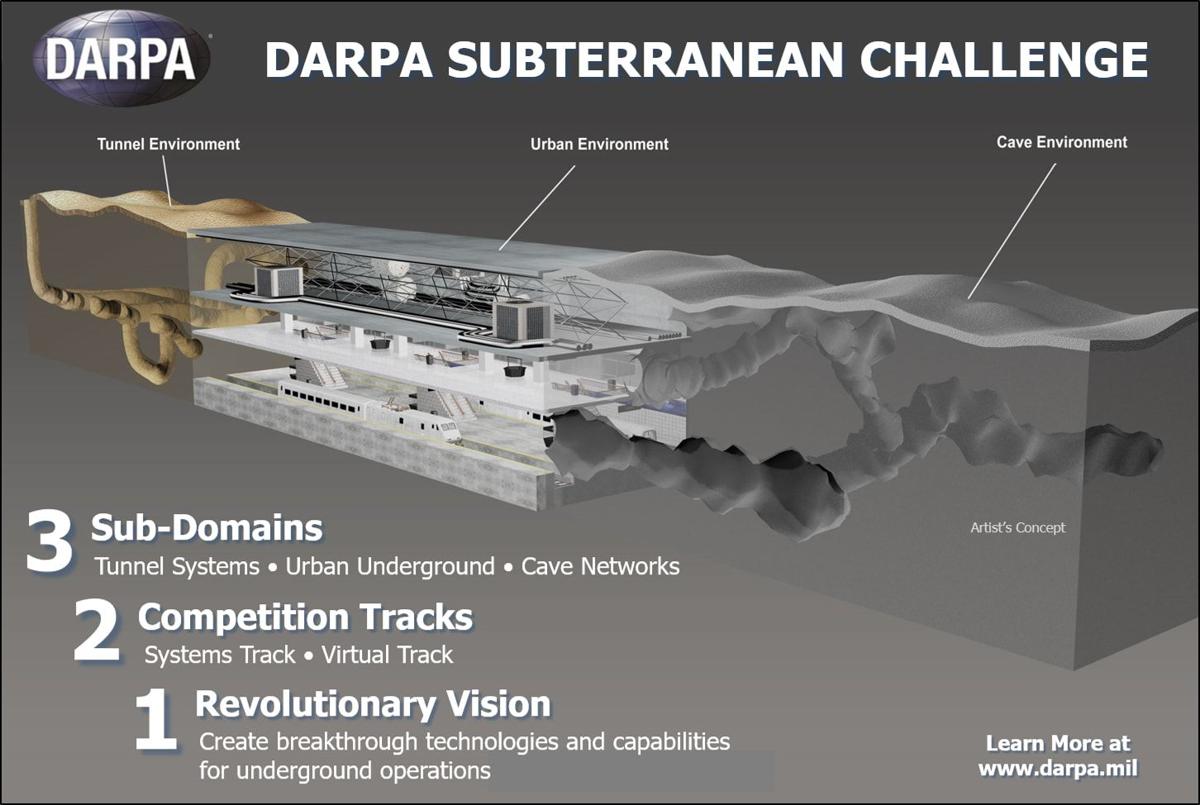 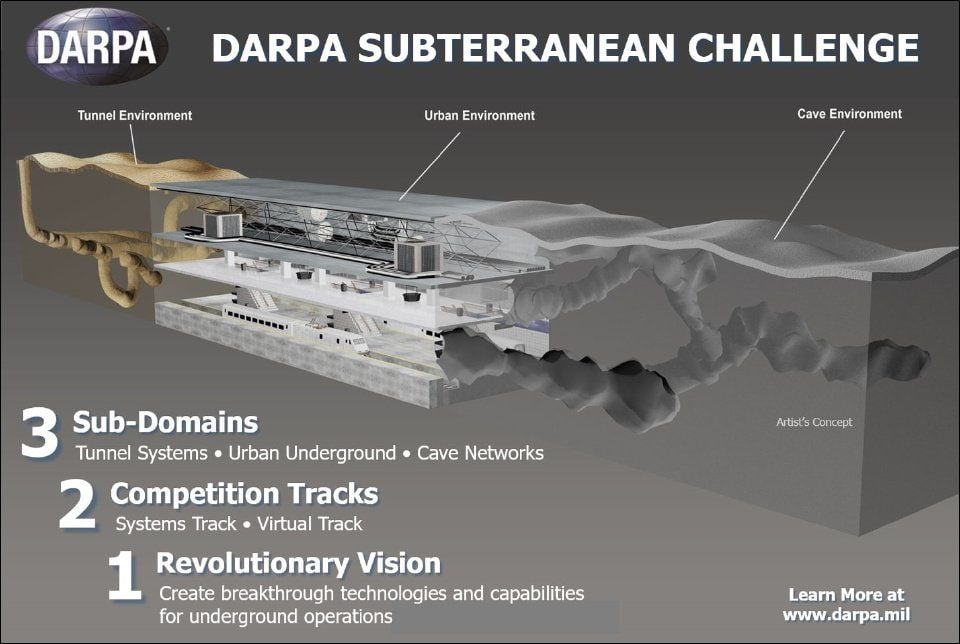 The Defense Advanced Research Projects Agency wants researchers to head down the hole with a project that explores novel ways for the military to rapidly map, navigate, and search underground environments.

The military has had problems with tunnels for decades, from Vietnam to the Taliban, and DARPA thinks new technologies could fix them.

“We’ve reached a crucial point where advances in robotics, autonomy, and even biological systems could permit use to explore and exploit underground environments that are too dangerous for humans,” explained TTO Director Fred Kennedy.

The competition will be split into two tracks. The first track will see teams develop hardware and software to compete on a physical course. The second track will have teams develop software to navigate a digital course. Teams will have to navigate three distinct sections. The sections are designed to represent man-made tunnels, subterranean urban structures such as mass transit, and natural occurring cave systems.

Teams presented their proposals in January but the final event won't take place until 2021.

The winners of the physical track will win a $2 million prize, with the winner of the digital track winning $750,000.