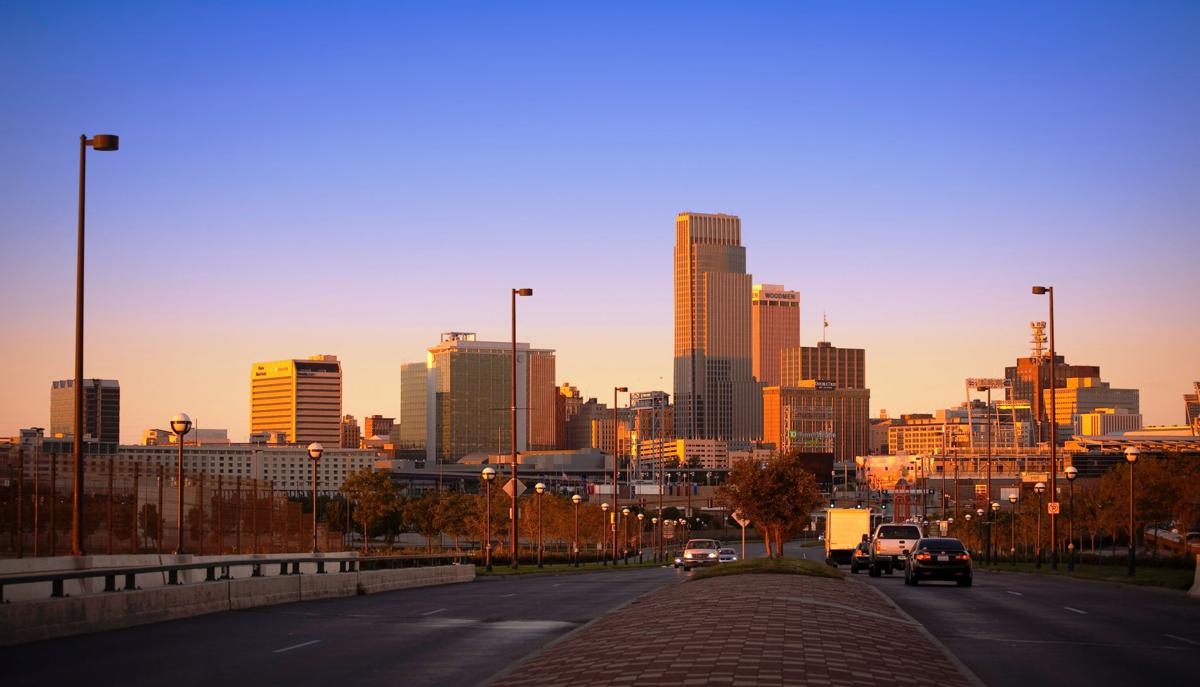 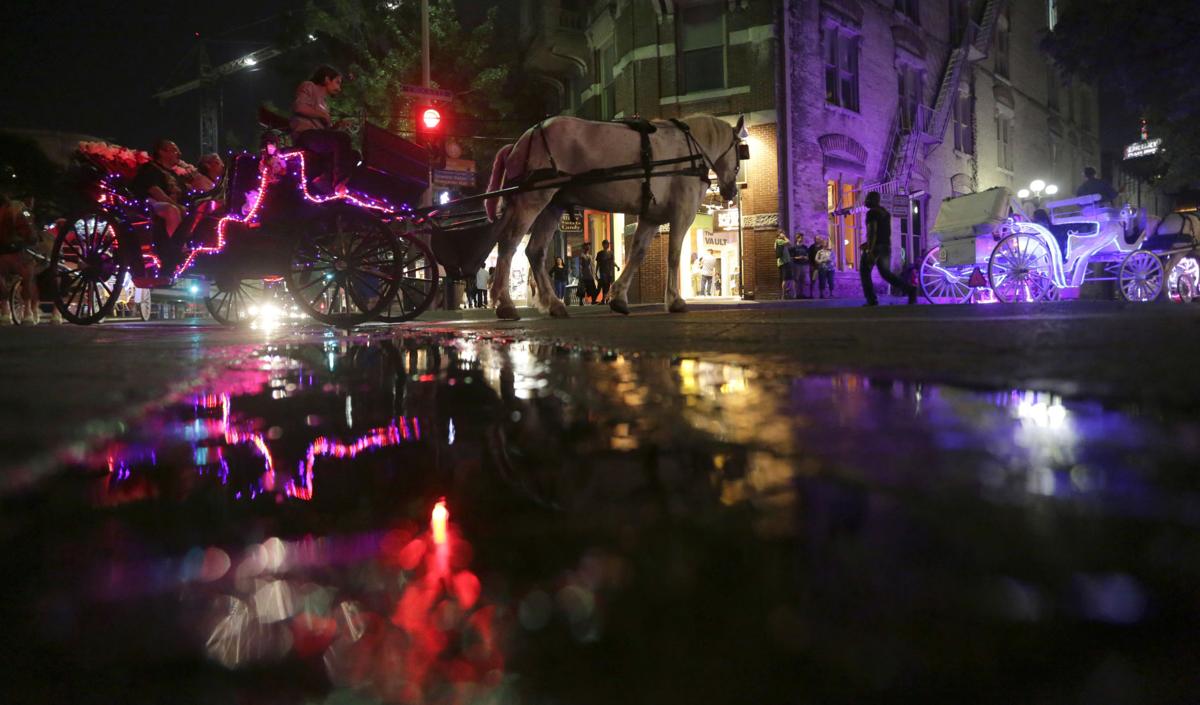 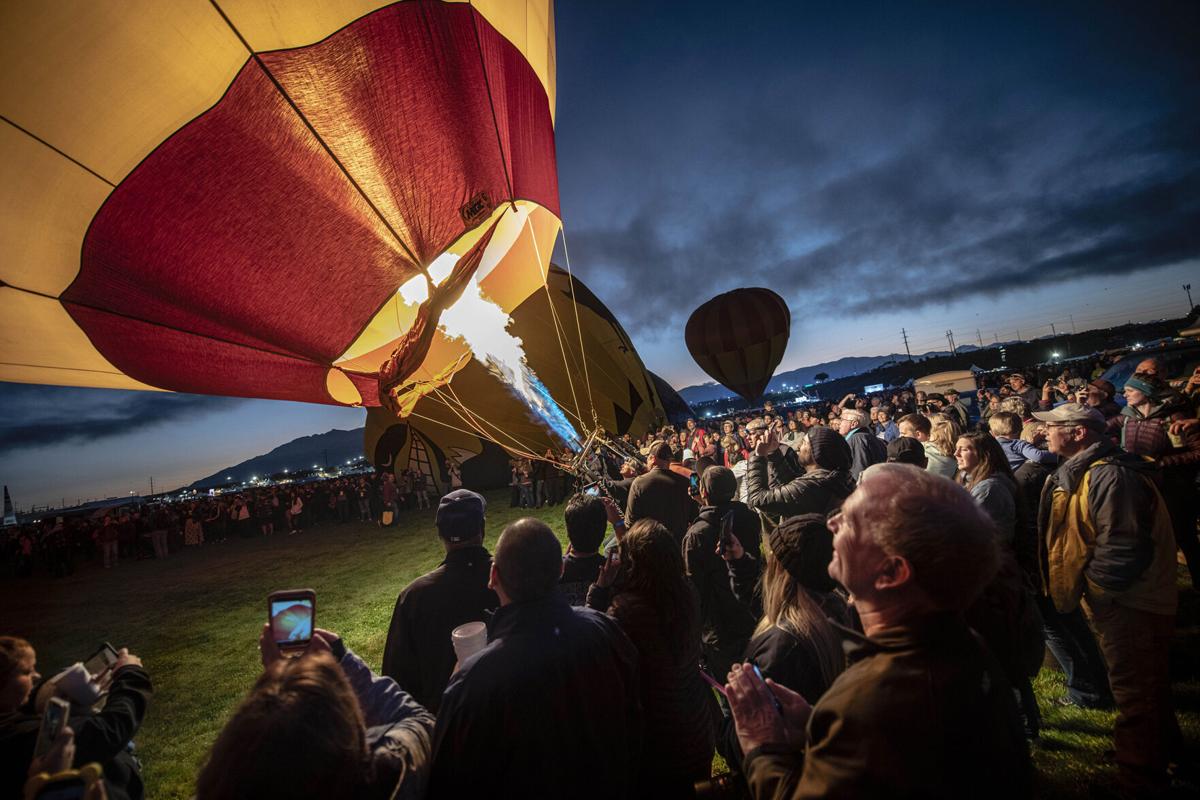 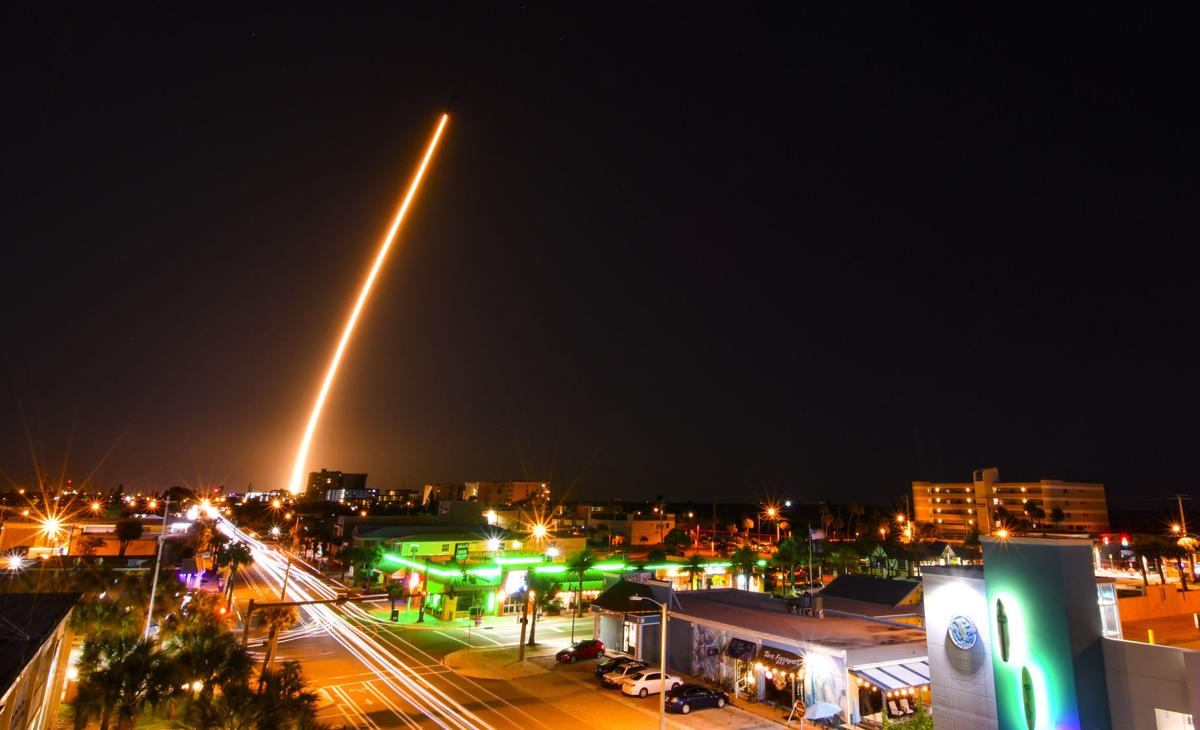 A SpaceX Falcon is launched from Cape Canaveral, Fla. 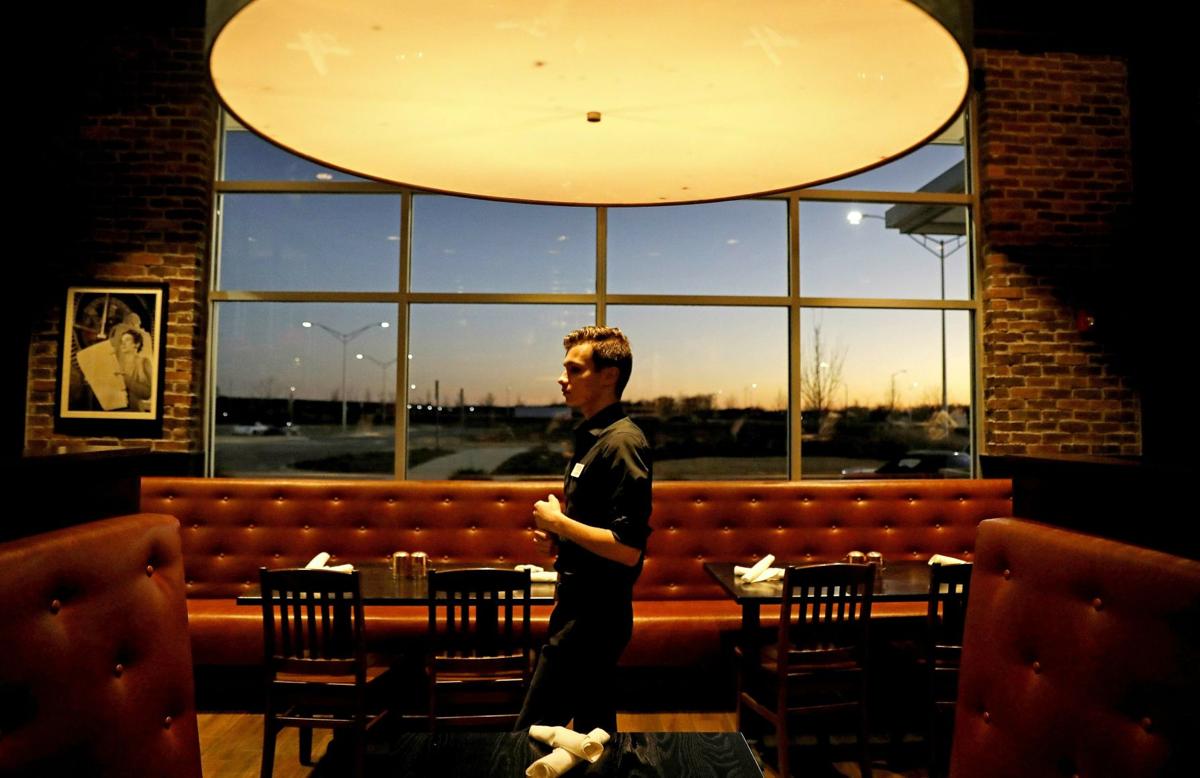 Rocket City Tavern in Huntsville, Ala.

A SpaceX Falcon is launched from Cape Canaveral, Fla.

Rocket City Tavern in Huntsville, Ala.

For this analysis, the Gazette analyzed Census Bureau data for the biggest nearby cities of the candidate bases, housing costs listed by Zillow.com and economic impact data provided by the military.

Here are facts and figures for Colorado Springs and a look at the other communities and how they could stack up as the Pentagon reaches the final stretch on its decision on where to house the command and its 1,400 troops.

Full coverage of The Race for Space Command

History of air and space in Colorado Springs: Timeline

Also, along the Front Range, there are more than 1,000 aerospace and defense companies.

Percent of residents with a bachelor’s degree: 40%

Percent of residents with a bachelor’s degree: 43%

Huntsville, dubbed “Rocket City,” was home to the military’s earliest space efforts and continues to be the nation’s leading research site for missile defense. Redstone Arsenal is home to the Army’s Space and Missile Defense Command, portions of the Missile Defense Agency, the Army’s missile development center and a Defense Intelligence Agency center for space and missiles.

Pluses: Huntsville is backed by a powerful congressional delegation and has a solid population of rocket scientists. Housing is cheap and plentiful and the local government has pledged incentives for the new command.

Minuses: Huntsville has a space heritage, but it lacks the infrastructure to support Space Force satellite operations and lacks proximity to other Space Force components. It is also legendarily hot and humid. While it ranked at No. 15 in the U.S. News list of best places to live, it came in well in costs, but low on desirability.

What they’re saying: “Redstone provides all the assets necessary to assure the US Space Command’s success, including military housing, health care, childcare, commissary, and personnel and logistics support,” the Redstone Regional Alliance said. “The region also has a very favorable cost of living, being among the lowest of any technology-based military communities.”

Percent of adult residents with a bachelor’s degree: 26%

Long known as the “Home of the Air Force,” San Antonio has a large military population and big-city attractions including an NBA franchise. It isn’t a place associated with space missions, but is a stop for every enlisted member of the Air Force and Space Force with basic training calling Lackland Air Force Base home.

Pluses: It has big-city amenities coupled with Texas charm. It also has the backing of powerful lawmakers including Texas Sen. Ted Cruz. Housing is cheap and Texas is rumored to have offered financial incentives and land to attract the command.

Minuses: San Antonio isn’t known for its aerospace industry, because it doesn’t have much of one. While other Texas cities, notably Houston and Austin, have the kind of high-tech workforces the command will need, getting those workers to San Antonio could prove difficult. It’s also hot, humid and, for the new Space Force, may be too close to the service its splitting from for comfort.

What they’re saying: "The Department of the Air Force will find no better location for the U.S. Space Command than Port San Antonio,” Texas Republican Gov. Greg Abbott said. “Not only does the state of Texas have the resources, universities, and human capital necessary to support the Space Command, but we are also enriched by our long-standing and celebrated tradition of military service and innovation in Texas."

Percent of adult population with a bachelor’s degree: 34%

Pluses: Albuquerque has military space missions at Kirtland, including the rapid fielding office for satellites and part of the military’s space research arm. Albuquerque also has an outsized population of scientists thanks to the Department of Energy’s Sandia National Laboratories, which focus on nuclear energy and atomic weapons.

Minuses: While Kirtland has a space mission, it’s not a big one and the population of space experts there is relatively small. It would also require a major infrastructure investment and lacks direct connectivity to the biggest missions for the new command.

What they’re saying: “Albuquerque is not only the home of some of our nation’s top national security practitioners, but it is an incubator of new ideas with cutting edge space research and innovation facilities,” New Mexico Democratic U.S. Sen. Tom Udall said. “Albuquerque is also a beautiful and low-cost place to call home. Just steps away from the Sandia Mountains, Albuquerque is the home base for countless outdoor recreation opportunities and provides easy access to national laboratories, White Sands Missile Range and Spaceport America. In Albuquerque, Space Command not only has an opportunity to reinvent and build the nation’s new space culture, but it would gain a home with sights, food, music and strong community support that is unparalleled.”

Percent of adult residents with a bachelor’s degree: 27%

Pluses: Nestled on Florida’s Space Coast, Patrick Air Force Base is the military’s primary East Coast launch facility for satellites. It is also located near major NASA space launch sites and could tap into Florida’s sizable space workforce. Florida also has enough political horsepower to stop the last process of awarding the Space Command headquarters after their state was spurned.

Minuses: Space launch is just that: The act of rocketing spacecraft to orbit, in the first minutes of a years-long effort. Almost all of what Space Command will do involves the rest of a spacecraft’s life and missions actually occurring in orbit. Florida is a hub for launches, but isn’t known for controlling satellites in orbit and may lack the necessary workforce for that mission. Florida’s beautiful Space Coast is also a magnet for hurricanes, and after rebuilding Tyndall Air Force Base for billions of dollars after a hurricane strike, the military is wary of locating high-value missions there.

What they’re saying: “I’m pleased that Florida has been selected as a finalist to host the nation’s U.S. Space Command,” said Republican Gov. Ron DeSantis. “Florida remains the world’s premier gateway to space, and with our state’s long history of supporting our nation’s efforts in space, Florida provides the perfect location for this new headquarters. I look forward to the possibility of bringing the U.S. Space Command home to Florida.”

Percent of adult residents with a bachelor’s degree: 37%

Pluses: Offutt is home to U.S. Strategic Command, which oversees the Pentagon’s nuclear weapons and would run a nuclear war. Omaha also has big-city attractions including its zoo, and has a prosperous economy that could easily employ military spouses.

Minuses: Omaha is not known for its space industrial base. While it does have worldwide communications capability, that’s aimed at launching missiles and dropping bombs rather than controlling satellites. It is also home of the headquarters that briefly controlled space before the Pentagon determined that headquarters was vastly inadequate to handle the mission. Offutt also has a natural disaster problem, with more than $400 million in flooding damage in recent years.

Amid the hue and cry over where U.S. Space Command will be permanently housed, one set of voices has been conspicuously absent: the troops who serve in the headquarters no matter where it calls home. The association that represents most of those who serve the command, however, is now voicing a preference: Keep it in Colorado Springs.