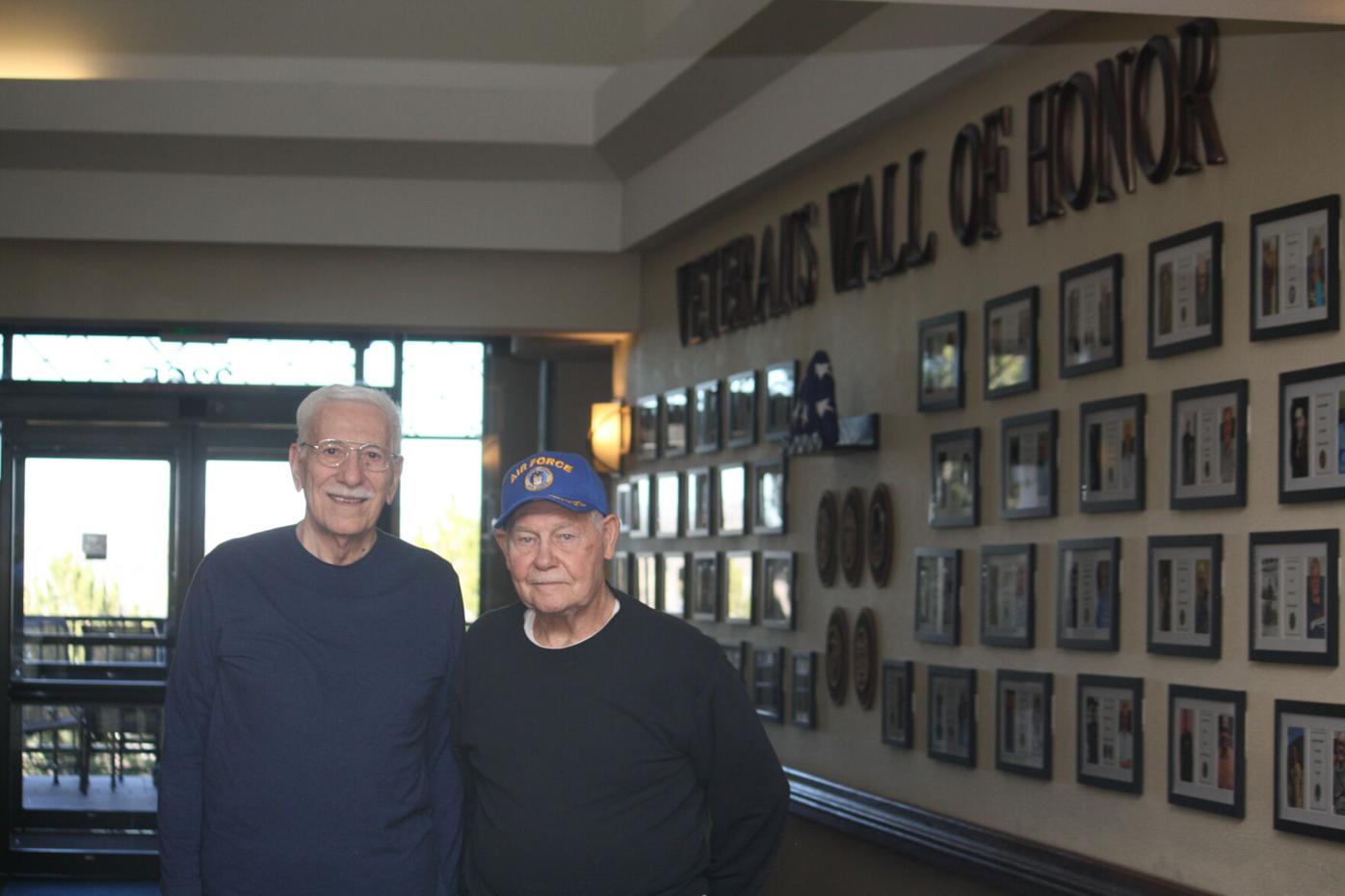 Military veterans and Brookdale Skyline residents Richard Cancellier, left, and Robert Roy stand in front of the Veterans Wall of Honor, a visual tribute to the former service members who live in the retirement community. 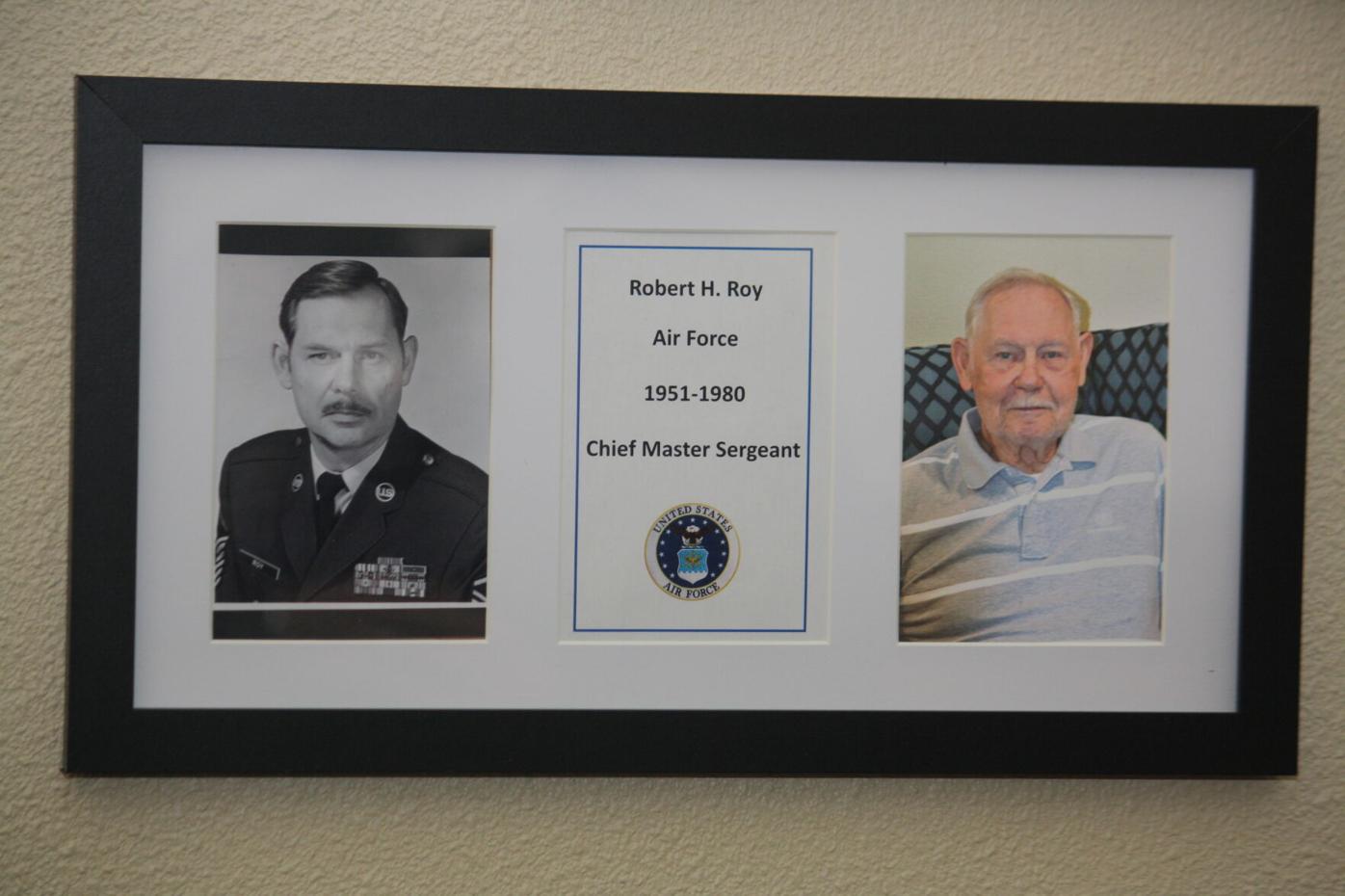 Robert Roy’s framed display is one of more than 40 on the Veterans Wall of Honor.

Military veterans and Brookdale Skyline residents Richard Cancellier, left, and Robert Roy stand in front of the Veterans Wall of Honor, a visual tribute to the former service members who live in the retirement community.

Robert Roy’s framed display is one of more than 40 on the Veterans Wall of Honor.

The Brookdale Skyline Veterans’ Club started out four years ago as a small handful of former military service members who occasionally got together to drink coffee and swap stories.

They still like their coffee, and the stories still flow, but the group has grown to more than 40 and if chairman Richard Cancellier has anything to say about it, it will be even larger in the coming months.

“There are quite a few veterans here who aren’t in the club yet,” said Cancellier, who assumed leadership two months ago. “But I think we’ll get them here.”

Brookdale Skyline, a retirement community on the west side of Colorado Springs, was originally intended to house military retirees, according to executive director Micah Herold.

“That’s why the streets are named the way they are,” Herold said. “Veteran Heights, Patriot Heights, Freedom Heights – the place was meant for retired military, so it’s pretty natural that we have so many veterans here.”

The group, which boasts a handful of World War II veterans, meets on the third Wednesday of each month, Roy said. America's involvement began 80 years ago when Japan bombed Pearl Harbor on Dec. 7, 1941.

The monthly meeting is mostly comprised of men, but there are several women in the group. The stories are plentiful during the monthly meetings. But some members just sit quietly and drink coffee, content to be in the company of fellow veterans.

“Of course, once you get me going, it’s hard to shut me up,” Roy said.

Two years ago, Roy thought it would be nice if Brookdale Skyline did something to honor the service of the many veterans who reside there. So he approached Herold and suggested an “honor wall” – a roster of Brookdale veterans listing each individual name, military branch, and service dates.

Herold thought it was a great idea, and got together with the community’s activities staff to create the Veterans Wall of Honor. The visual tribute shows about 40 individual framed displays that feature a photograph during the veteran’s active duty days as well as a more recent picture.

“I just had the idea,” Roy said. “Micah took that idea and turned it into a great tribute to the veterans.”

“It’s a really nice way to recognize our service members,” Cancellier added. “But there are a few veterans who aren’t on the wall yet. I’d like to change that.”

Cancellier, a former civilian pilot who served in the Army as well as the Coast Guard Reserves, is planning other changes to the group. He’d like to invite guest speakers to the monthly meetings to make veterans more aware of the services and benefits at their disposal. He’d also like to create a second wall for the veterans who pass away.

Roy, 91, agrees with the changes, and said he believes Cancellier is the right person to shake things up within the club.

“Things will be different, now that we have a young guy as our leader,” Roy said of Cancellier, who is only 88.

And the two veterans laughed.