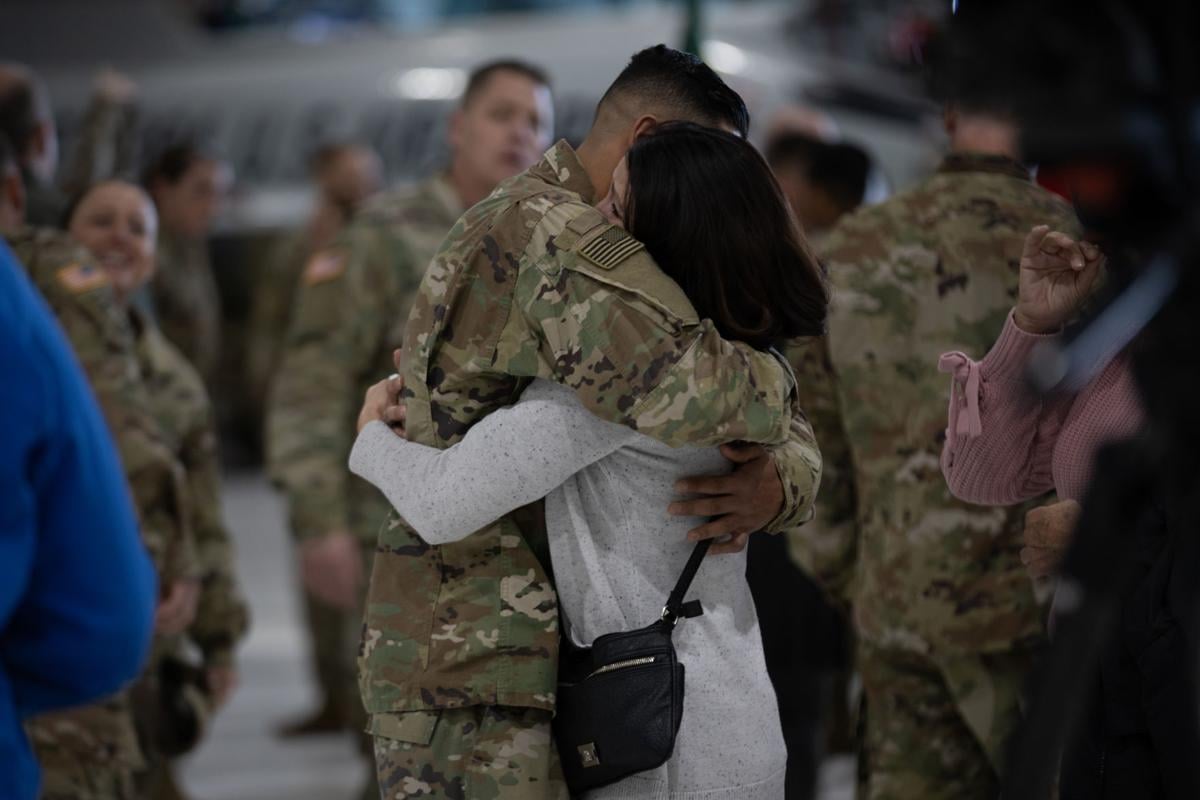 A soldier with the Colorado Army National Guard's 220th Military Police Company hugs a family member at his units departure ceremony Feb. 22 at the Wings Over the Rockies Air & Space Museum in Denver. 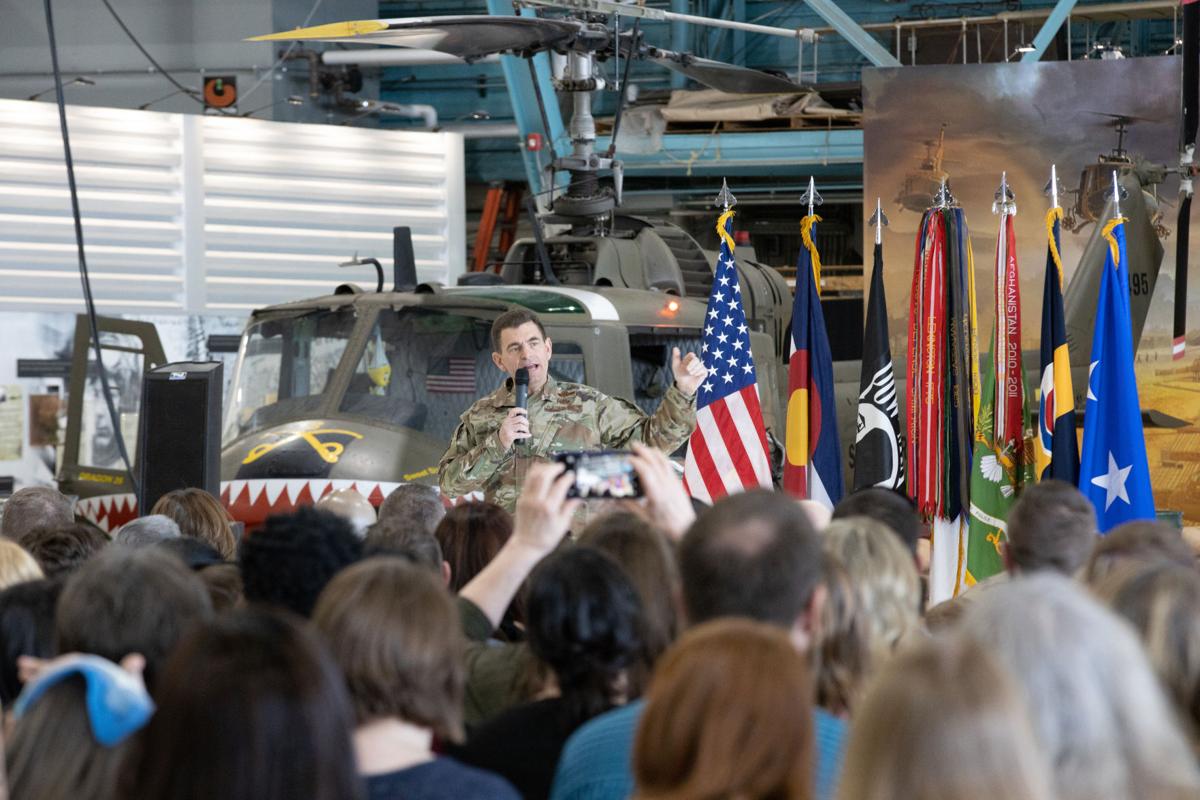 A soldier with the Colorado Army National Guard's 220th Military Police Company hugs a family member at his units departure ceremony Feb. 22 at the Wings Over the Rockies Air & Space Museum in Denver.

Family and friends recently bid farewell to 30 Colorado National Guard military policemen headed to Afghanistan for a year, just ahead of the return of 50 Guard aviators.

The 30 soldiers, members of the 220th Military Police Company, will support U.S. Central Command operations. A departure ceremony was held Feb. 22 at Wings Over the Rockies Air & Space Museum in Denver, according to a news release.

"These brave Colorado National Guard soldiers have volunteered to leave Colorado and put themselves in harm's way to defend our freedom," Colorado Gov. Jared Polis said in a statement. "In so doing, they are carrying on a great Colorado tradition of service and sacrifice that is more than 160 years in the making."

The 50 aviators — from the 135th Aviation Regiment, which primarily operates CH-47 Chinook and UH-60 Black Hawk helicopters — served a year in Afghanistan in support of Operation Freedom’s Sentinel, conducting 1,200 missions. Those missions included 450 air assaults and 250 maintenance test flights, according to the Guard.

They returned at a Feb. 27 ceremony at Buckley Air Force Base in Aurora.

“During their deployment, these Colorado National Guard aviators upheld a long, proud history of dependable support for our warfighters,” the adjutant general of Colorado, Air Force Maj. Gen. Michael Loh, said in a statement.

“They are the best of the best.”

“Violent extremist groups across the Middle East are on the march,” said 1st Sgt. James Degeorge, with the 1158th Space Company, at a January departure ceremony on Fort Carson, adding that the group will “play an important role in defeating those forces.”

The Colorado National Guard now has about 150 troops mobilized from four major units, including aviators with the 135th who are serving a year in Kosovo in support of in support of Operation Joint Guardian. The operation is run by a peace-keeping force comprised of tens of thousands of troops from nearly 40 countries, according to the Guard.

Risk low in Colorado, but area officials planning response to spread of coronavirus