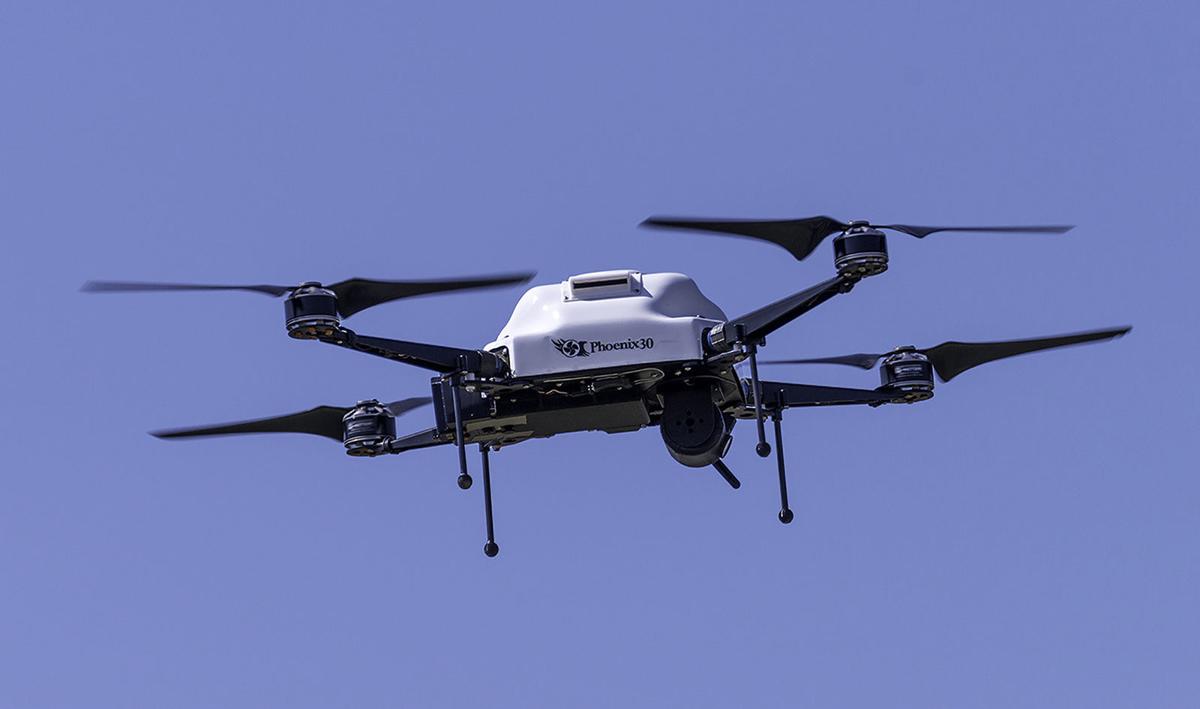 FILE - The Phoenix 30 quad-copter is one of the drones being marketed to police department by Maryland company UAV Solutions. 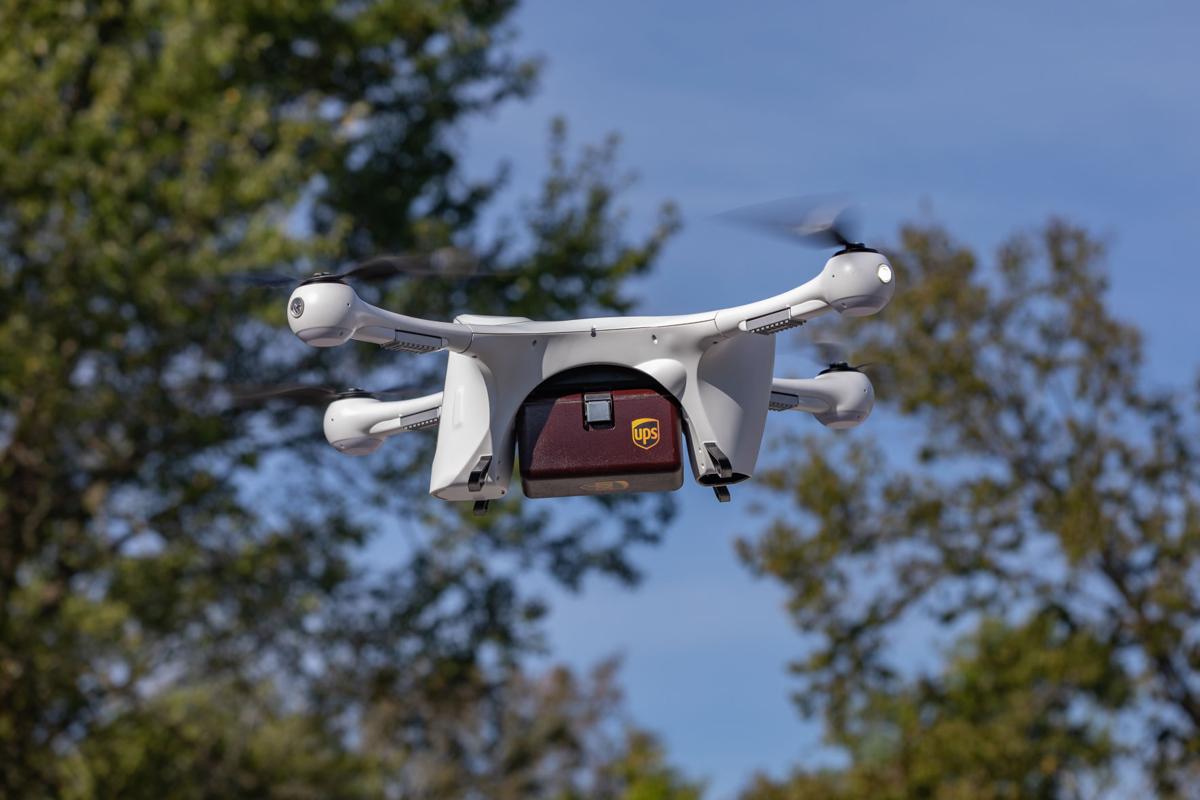 UPS has made its first commercial drone deliveries, dropping off CVS prescriptions to consumers’ homes. 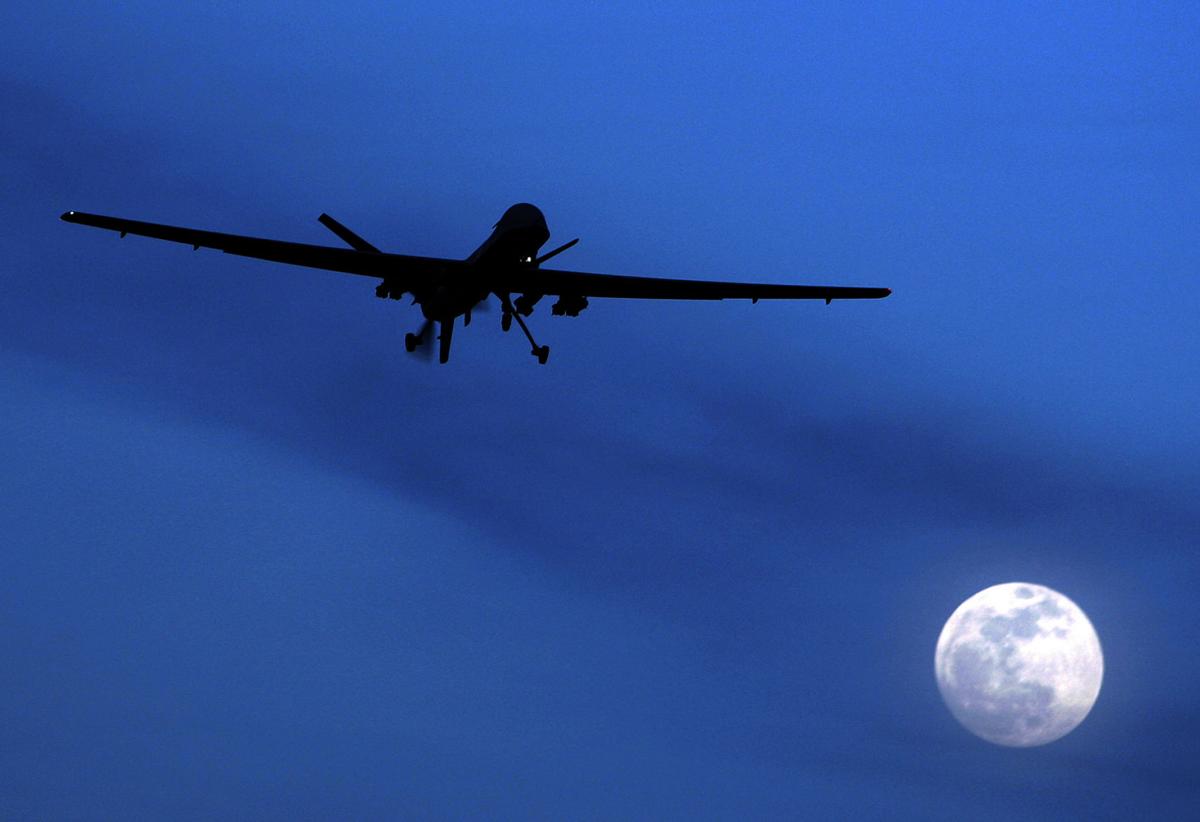 FILE - The Phoenix 30 quad-copter is one of the drones being marketed to police department by Maryland company UAV Solutions.

UPS has made its first commercial drone deliveries, dropping off CVS prescriptions to consumers’ homes.

The mysterious drone swarms spotted over Colorado that have vexed the governor, law enforcement and residents might not be so mysterious after all.

While no one has taken responsibility, and even the Federal Aviation Administration has claimed ignorance, the answer could be a secretive Air Force program intended to keep prying eyes away from nuclear missile silos.

15 agencies not responsible for mysterious drones in Colorado

Air Force Global Strike Command, which is based in Louisiana, has confirmed that it conducts counterdrone exercises out of F.E. Warren Air Force Base in Cheyenne, where it is based.

The command oversees underground Minuteman silos spread across northeastern Colorado, southeastern Wyoming and western Nebraska, the area where the drones have been spotted nightly the past two weeks.

The Air Force isn’t claiming ownership of the drones, but neither is it denying it.

F.E. Warren didn’t respond to an emailed question Friday on whether its counterdrone effort had anything to do with the recent sightings.

A Federal Aviation Administration map of the region where the drones have been spotted — Logan, Phillips, Sedgwick and Yuma counties — is pocked with red dots of where drones are forbidden, restricted airspace presumably above missile silos.

The Air Force counterdrone program at Warren, which includes extensive testing of civilian drones, relies on innovative technology including Dedrone, a system developed in Europe that detects and tracks small civilian drones using the radio signals they require for control.

Run by the 90th Security Support Squadron at Warren, the counterdrone program is one of several across the Defense Department to take aim at the unmanned aircraft. For the nation’s missile troops, the camera carried by small drones present a threat because they could give an adversary clues on how to attack intercontinental ballistic missile, a key component of American power.

The 90th Missile Wing has a military police unit equipped with helicopters to protect missile silos from threats on the ground. The Warren counterdrone program focuses on the small, commercially available drones that can be purchased on Amazon for as little as $50.

In a news release, the Air Force said the commercial drones “provide a realistic training environment.”

Lisa Meserve, who handles federal sales for Dedrone, said her company is working with private companies and government organizations including the Air Force to detect drone flights. The firm has worked with F.E. Warren since an initial contract in 2017.

While Meserve couldn’t say where the drones in northeastern Colorado came from, she said the Air Force is fond of testing F.E. Warren’s drone-detecting capabilities.

“They fly drones against what they have all the time,” she said.

The Phillips County Sheriff’s Office first reported drone sightings on Dec. 20, noting that as many as 16 drones had been spotted in Phillips and Yuma counties. The location of the drones alone was enough to prompt suspicion. The two counties combined have just over 14,000 residents and aren’t known for having a large contingent of drone enthusiasts.

“We believe that the drones, though startling, are not malicious in nature,” the Phillips County sheriff said on Facebook. “The Sheriff’s Office is following up on leads and communications with state and federal agencies to pinpoint the exact nature to their activities.”

The drone sightings have made national news, with networks and newspapers delving into the mystery.

Federal agencies from the FAA to the Colorado Springs-based North American Aerospace Defense Command have denied involvement. But some drone incidents in Colorado have had military roots, including one in 2015 in which a wayward drone from Fort Carson landed in a downtown Colorado Springs yard.

In 2017, a drone used in an Army training exercise in Arizona rode jet stream winds and was found in the foothills west of Denver.

Small drones have also wound up as battlefield weapons in recent years, with the Islamic State using some small drones to drop hand grenades on foes.

“It certainly gets more difficult by the day to solve,” Dedrone’s Meserve said.

The Air Force is fielding a growing array of counterdrone weapons intended for use on overseas battlefields, including a new truck-mounted laser delivered in October by Raytheon.

“Five years ago, few people worried about the drone threat,” Roy Azevedo, president of Raytheon Space and Airborne Systems, said in a news release. “Now, we hear about attacks or incursions all the time. Our customers saw this coming and asked us to develop a ready-now counter-(drone) capability.”

Counterdrone efforts won’t be limited to F.E. Warren for long.

The Air Force and other military branches are examining wider efforts to protect bases from drones. And Colorado Springs bases, including Schriever Air Force Base and Peterson Air Force Base, where airmen control the nation’s constellation of military satellites, would be high on the Pentagon’s counterdrone priority list.