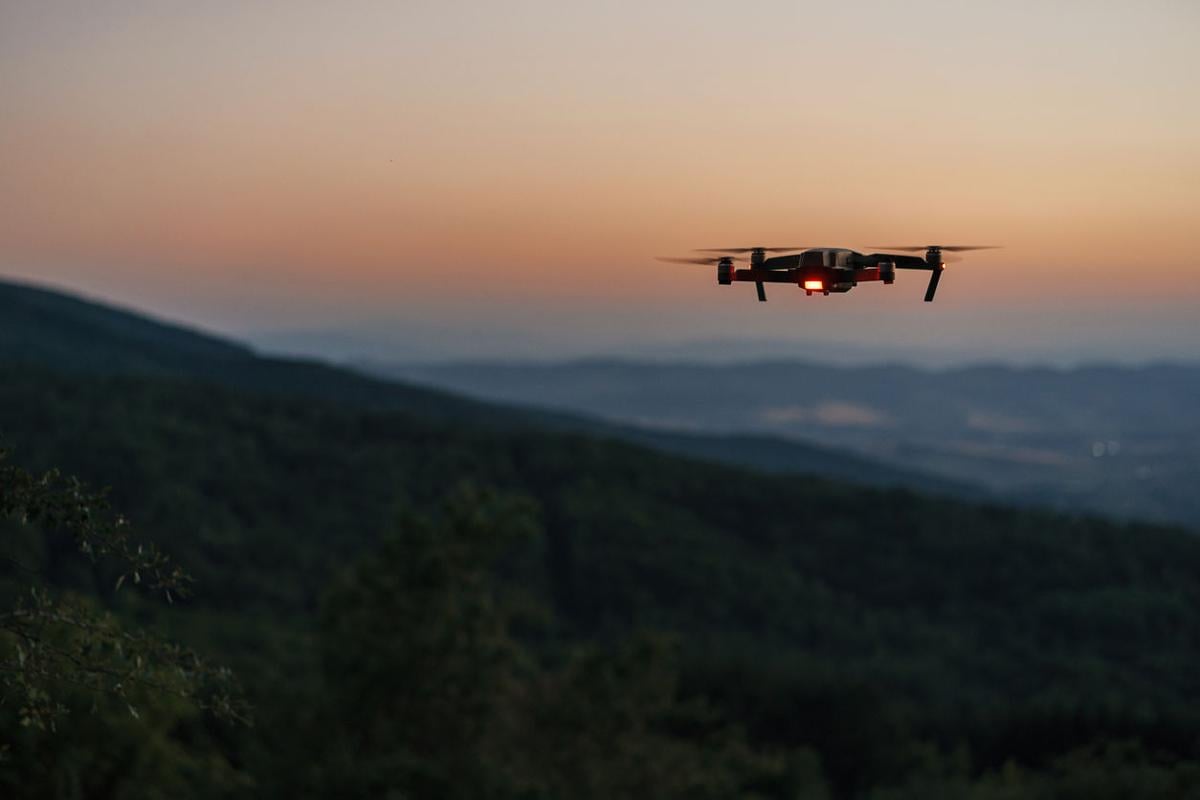 Drone flying over a mountain at dusk. (File, courtesy of iStock) 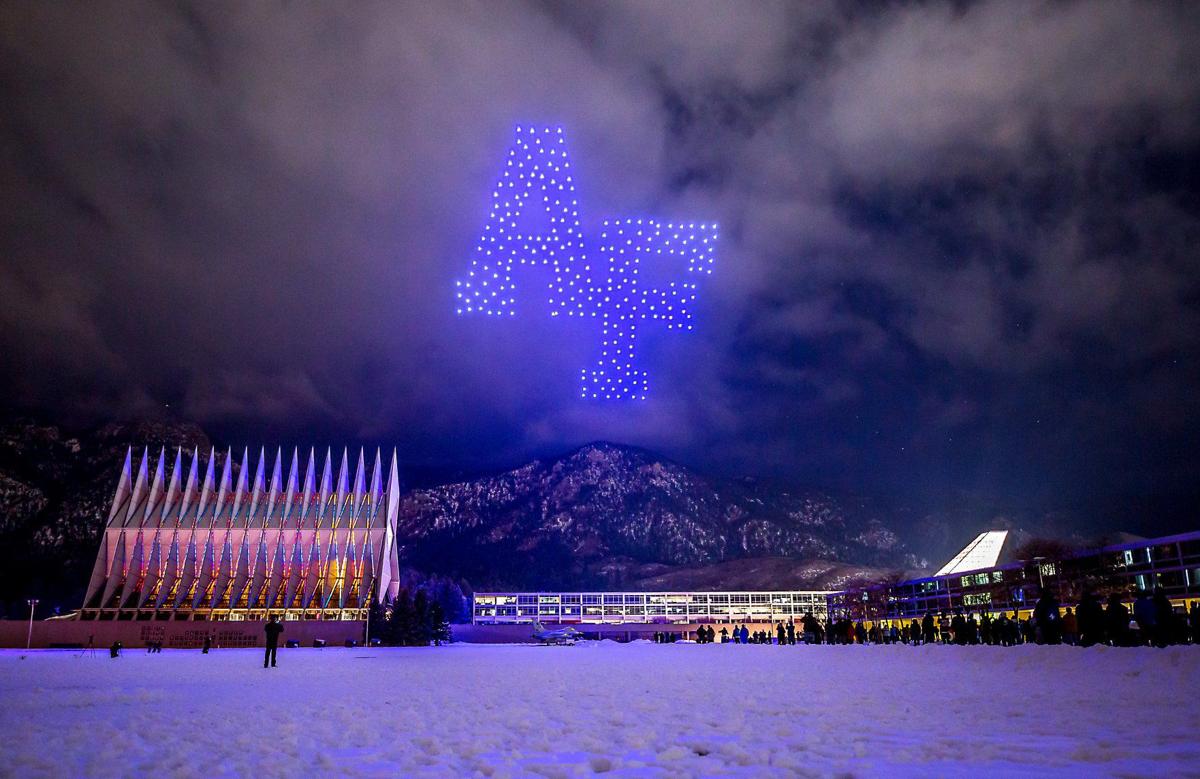 The Air Force Academy hosts multidrone light show demonstration before the inter-service football game with West Point in November. Cadets and onlookers were given a glimpse at the future of drone swarm capabilities.

Drone flying over a mountain at dusk. (File, courtesy of iStock)

The Air Force Academy hosts multidrone light show demonstration before the inter-service football game with West Point in November. Cadets and onlookers were given a glimpse at the future of drone swarm capabilities.

The Air Force issued a “not us” denial Thursday, a week after The Gazette questioned whether a Wyoming base was behind the mysterious sightings of drone swarms over northeastern Colorado in recent weeks.

F.E. Warren Air Force Base in Cheyenne, which controls a string of missile silos in an area where drones have been spotted, has a counterdrone program, but said it is not operating in the area where unexplained flights are being investigated.

“It is not F.E. Warren Air Force Base, nor is it any other Air Force entity,” said a base spokesman, 2nd Lt. Jon Carkhuff.

“I can confirm we do have a counter-UAS program,” Carkhuff said, using the acronym for robotic planes, unmanned aerial systems.

The military has the country’s largest fleet of drones, ranging from airplane-size combat drones at Fort Carson to diminutive hobbyist machines used for some classes at the Air Force Academy.

But the Defense Department says it has nothing to do with sightings that have caused consternation and concern among law enforcement, residents and even federal agencies since Dec. 20, when the Phillips County Sheriff’s Office reported a string of drone sightings in the state’s northeastern corner.

The urgency in finding whoever is behind the drones increased this week after a report of a drone coming in dangerous proximity to a medical helicopter Wednesday evening, the Colorado Office of Emergency Management tweeted Thursday.

In response, the Colorado Department of Public Safety said it will step up its investigation, which could include the use of ground-based teams and aircraft.

One issue is clear: Aircraft at night can look like a drone.

Colorado law enforcement agencies and the Federal Aviation Administration have struck out in their hunt for the origin of the drones.

In an online post Monday, the Phillips County Sheriff’s Office asked for the public’s help in finding a “command vehicle,” a closed box trailer with antennas. However, authorities have since rescinded that. You can fly drones these days with your cellphone, no big antennae required.

The drones may be harder than that to track down. In the United States, most privately owned drones fall in an unregulated place where the FAA does not tread.

While training and licensing is required for those who use drones for commercial purposes, including news organizations, hobbyists get free reign as long as they stay away from restricted space like airports and keep their drones at low altitude.

And while just having one drone was all the rage five years ago, it’s cooler these days to have a swarm.

In November, the Air Force Academy hosted a show of 500 drones that flew in precise formation and lit the night sky with lights for a high-tech version of fireworks.

None of the drones seen in northeastern Colorado, though, paused to spell out “Beat Army.”

The mysterious drone swarms spotted over Colorado that have vexed the governor, law enforcement and residents might not be so mysterious after all.