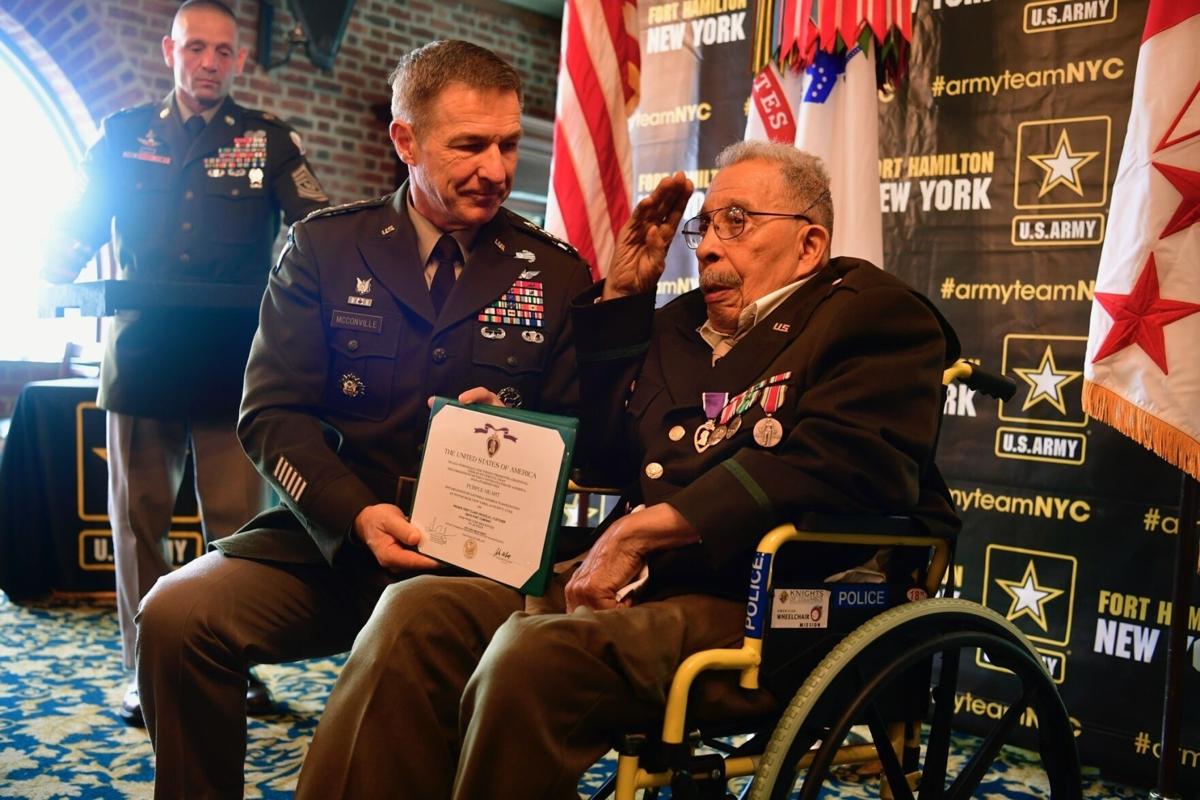 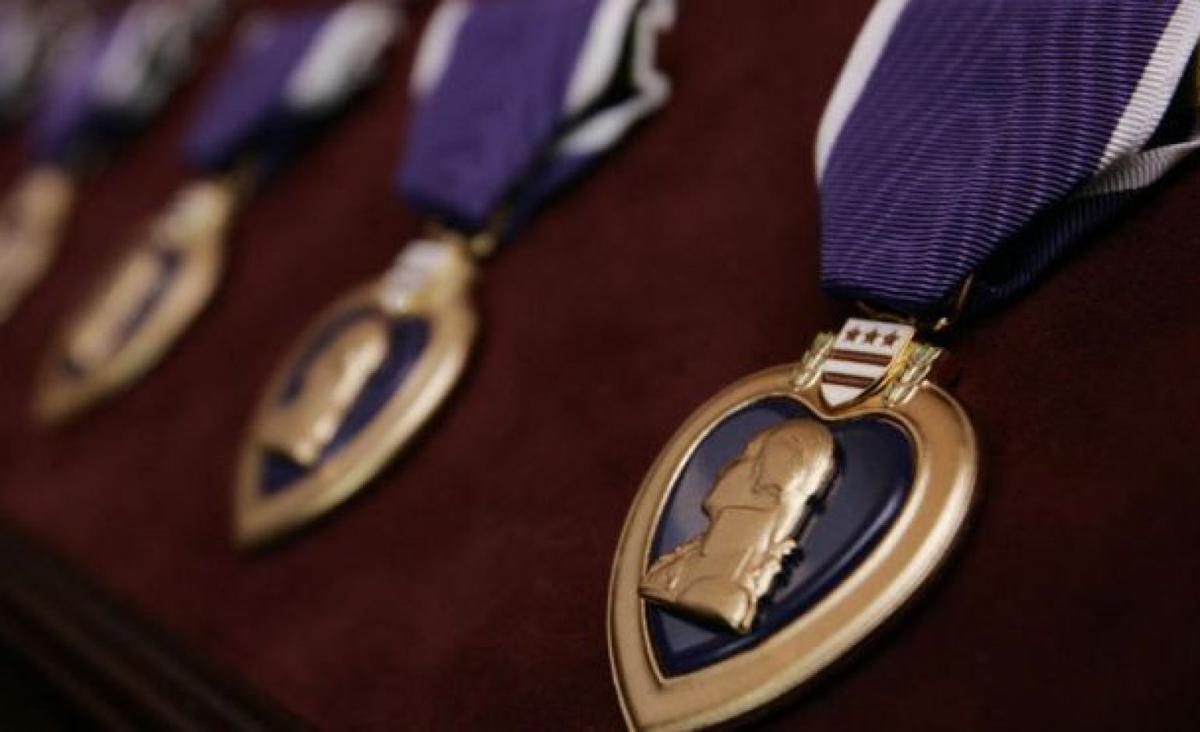 A black World War II veteran who was wounded on D-Day received a long-overdue Purple Heart in New York earlier this month.

Ninety-nine-year-old former New York Police Sgt. Osceola "Ozzie" Fletcher was wounded in 1944 while transporting supplies to amphibious forces in Normandy when a German missile turned his vehicle over. Racism and segregation in the military prohibited Fletcher from receiving the award, the Army said.

"Black soldiers didn't get the Purple Heart. They got injured, damaged, hurt. But they never got wounded. Only the white men who were wounded got Purple Hearts," Fletcher said in 2020.

Fletcher first became vocal about his experiences in the service about 20 years ago, when his fellow soldiers began to die, his daughter Jacqueline Streets said.

"It's about time," Fletcher said after U.S. Army chief of staff Gen. James McConville pinned the medal on him in a Friday ceremony. Fletcher then rose from his wheelchair for the playing of "The Star-Spangled Banner."

Around 2014, Fletcher asked his daughter to get him replacement medals.

Streets tried to get Fletcher the Purple Heart he deserved as well, but she ran into trouble when she found out that her father's service records, including his medical charts detailing his wounds, were destroyed in a 1973 fire.

The Army interviewed Fletcher about his experience on D-Day and corroborated his testimony with other sources of confirmed historical data, according to Lt. Col. Scott Johnson, who oversees awards and decorations for the Army's human resources department.

In April, after his daughter's advocacy, the decision was made to award Fletcher with his Purple Heart.

Fletcher grew up in the Bronx and was drafted into the Army in 1942, after which he sailed to England on a segregated ship. He and his fellow black soldiers ran supplies from battalion to battalion, a labor-intensive task that was passed off to them by their white colleagues.

After the war, he served as a sergeant in the New York Police Department, a high school teacher, and a community relations specialist for the Brooklyn district attorney's office.

He also co-founded the Guardians Association of the New York State Courts, a fraternal organization for black law enforcement officers, in 1986.

In April, when the Army deemed Fletcher worthy of the honor, it also decided to award 101-year-old Johnnie Jones a late Purple Heart. Jones was on Omaha Beach undertaking a similar resupply task to Fletcher's when he was hit with shrapnel in the neck.

The U.S. Air Force unveiled a weapon this month designed to take out hundreds of drones at once with barely a sound.