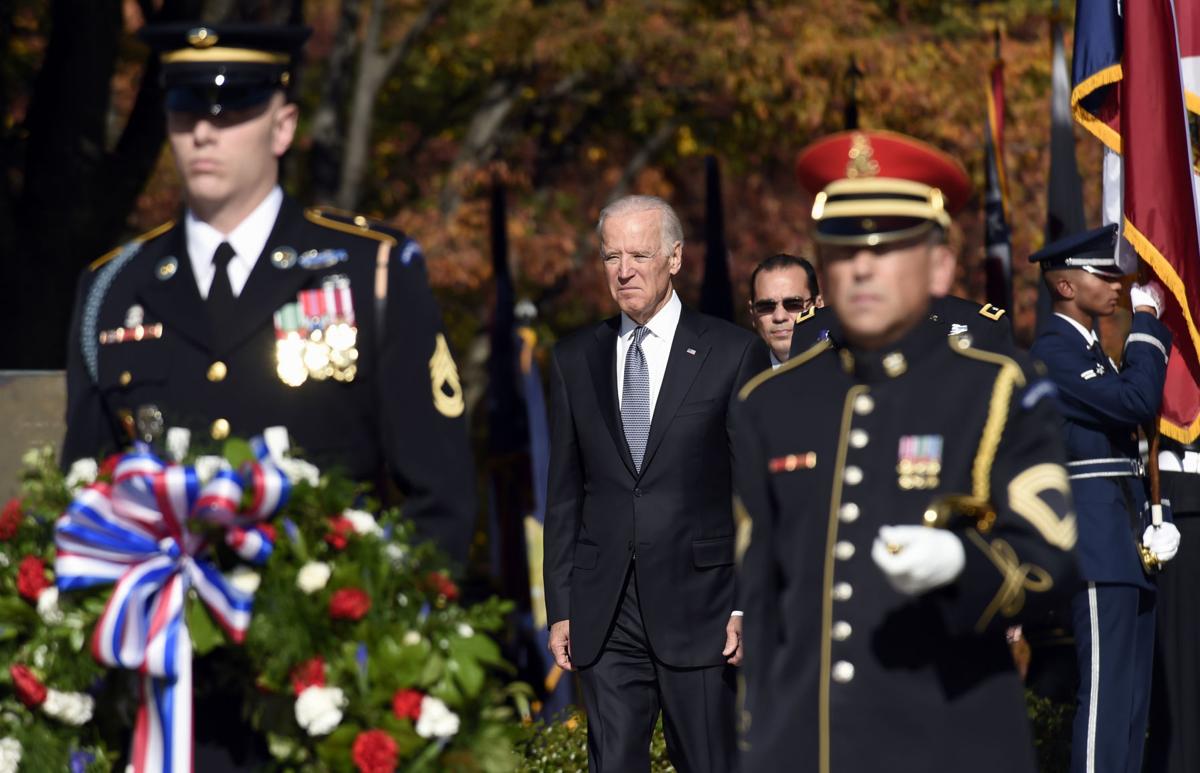 Then-Vice President Joe Biden arrives to lay a wreath at the Tomb of the Unknowns, Tuesday, Nov. 11, 2014, at Arlington National Cemetery in Arlington, Va. in honor of Veterans Day. (AP Photo/Susan Walsh) 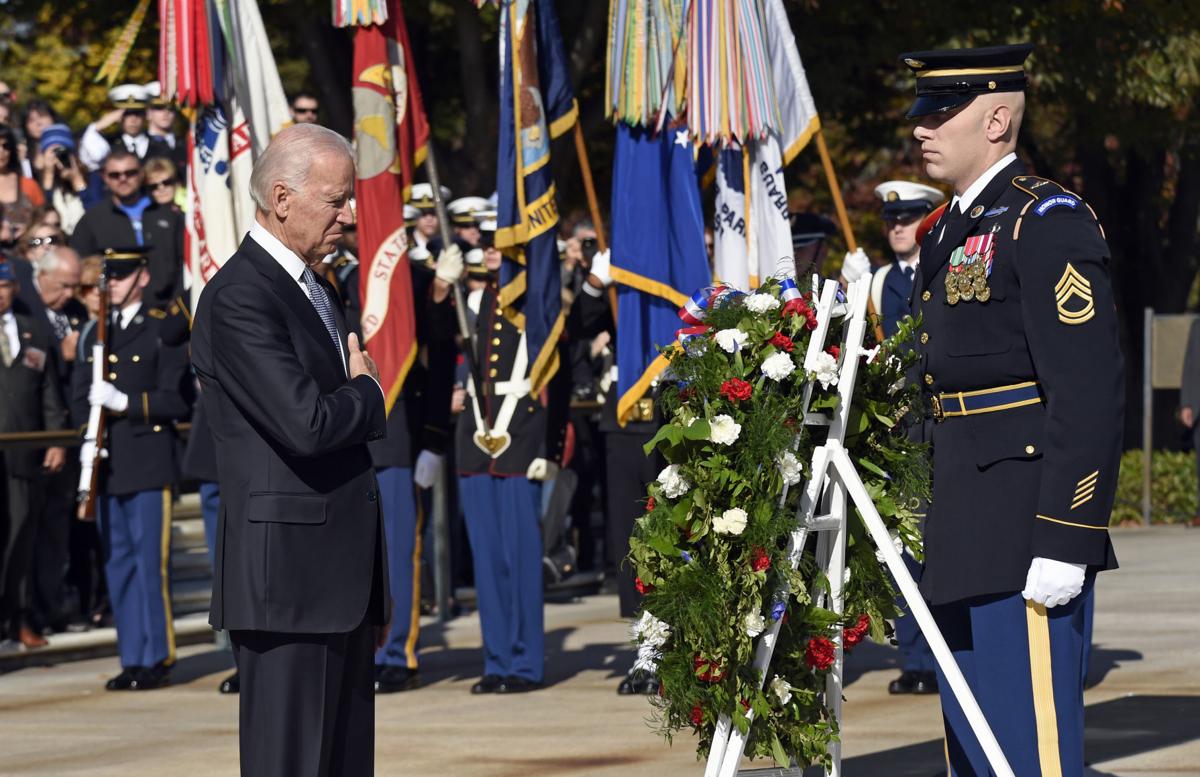 THen-Vice President Joe Biden pauses after laying a wreath at the Tomb of the Unknowns, Tuesday, Nov. 11, 2014, at Arlington National Cemetery in Arlington, Va. in honor of Veterans Day. (AP Photo/Susan Walsh)

Then-Vice President Joe Biden arrives to lay a wreath at the Tomb of the Unknowns, Tuesday, Nov. 11, 2014, at Arlington National Cemetery in Arlington, Va. in honor of Veterans Day. (AP Photo/Susan Walsh)

THen-Vice President Joe Biden pauses after laying a wreath at the Tomb of the Unknowns, Tuesday, Nov. 11, 2014, at Arlington National Cemetery in Arlington, Va. in honor of Veterans Day. (AP Photo/Susan Walsh)

Seventy-five years ago this month, the guns were silent in Europe and the Pacific after America's victory in World War II, and leaders turned to the next task: winning the peace.

That was different from what America had done a generation earlier in the wake of World War I, when the nation pulled back into a shell of isolation and neutrality.

The U.S. shunned the League of Nations and didn't join in the Versailles Treaty, choosing to go it alone.

It was later believed that by not engaging with the world to police peace in Europe, America allowed the seeds of strife that became World War II to grow.

Now, America is at a transition in its relations with allies across the planet, and is figuring out how to create peace in the Middle East and Afghanistan. President Donald Trump eschewed foreign entanglements amid a policy of "America First." President Joe Biden has pledged to rebuild alliances.

History may someday record which one of them is right. But there's no arguing that the American decisions of early 1946 changed the 20th century.

Rather than sending all the troops home after the war, America kept large formations in Italy, Germany and Japan.

Efforts began almost as soon as the Axis surrendered to build the web of pacts that brought us the North Atlantic Treaty Organization and the North American Aerospace Defense Command.

It has been a difficult and costly network to maintain. From the Berlin Airlift to the Korean War, America has had to step up to defend its friends. Trump contended that our allies have had the luxury of America's friendship and have failed to build their own military might as a result.

He saw U.S. troops still in Japan, Korea and Germany as a financial drain that America could no longer afford to pay for on its own.

Trump's policies did lead to increased defense budgets around the planet, a goal America had long sought.

But critics, especially Biden, contend that Trump's policies damaged the nation's global stature and left us with fewer friends.

In the coming weeks, Biden will have to decide which of Trump's policies stay and which are reversed.

That includes tough decisions on America's role in Iraq and Afghanistan, where the American presence has dwindled under orders from Trump, who said leaving those nations to their fate would end "endless wars."

Trump's moves in Iraq and Afghanistan have had measurable impacts at home that are difficult to deny. More soldiers have gotten to stay at home with their families and fewer of them have been injured or killed.

Sending more troops to the Middle East and Afghanistan would pose risks.

But America also risks allowing Iraq and Afghanistan to become failed states, twin Disneylands for terrorists with each sharing a border with one of the planet's biggest purveyors of terror: Iran.

That means that Biden is at a precipice much like the one that American leaders faced in 1946.