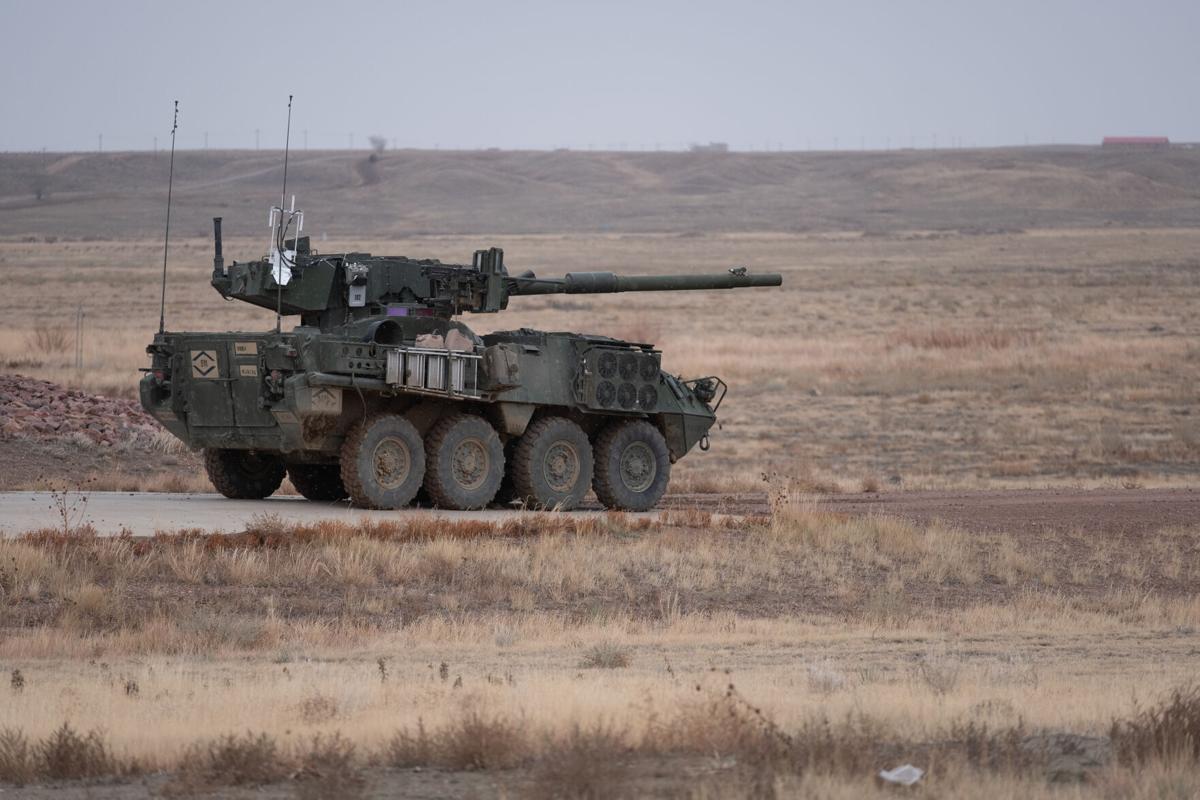 An unloved machine that filled an important niche for the Army's Stryker units, including a pair of Fort Carson brigades, will be retired after 20 years of work weren't enough to fix its notorious maintenance problems, the Army announced.

The Stryker Mobile Gun System will be pulled from Army units by 2022, parking the eight-wheeled vehicles topped by an autoloading 105 mm cannon better known for jamming than combat accomplishments.

“Decisions on when it is best to divest a system currently in the force are not taken lightly,” explained Lt. Gen. James F. Pasquarette, a former deputy commander at Fort Carson who is now the Army's programs chief. “The Army has done its due diligence to ensure lethality upgrades will remain intact to provide our Stryker formations the capabilities they need in the future.”

The Army began its move to the Stryker in the 1990s as a way to build lighter units better-suited to respond to brushfire wars than heavier tank formations.

The nimble 18-ton vehicles are great for hauling troops around the battlefield with more comfort and protection than a Humvee, but they have always worried armor advocates who fear the Strykers would be easy targets against rivals China and Russia.

That's why the Army spent lavishly to develop the mobile gun version of the Stryker, which has a remotely aimed version of the weapon that was carried on U.S. tanks through much of the Cold War — the 105 mm cannon.

By buying the vehicles, the Army answered its critics but picked up a ton of headaches.

The gun never really worked well. Maintenance troops at Fort Carson for years have complained that it spends more time in the repair shop than on the battlefield.

And the mobile gun is lightly armored even by Stryker standards. Tanks like the M-1 Abrams can shrug off hits from the heaviest enemy weapons. The Stryker's armor can turn rifle rounds, fire from heavy machine guns and even some larger munitions, but it isn't a tank.

That's because the Stryker is designed to be winged around the world in Air Force transports for rapid deployment. The Stryker weighs in at 18 tons and a few can be loaded aboard a C-17 jet. The Abrams tank weighs 72 tons and just one can be carried inside a C-17.

Early in the Iraq war, the Army learned the Stryker was vulnerable to insurgent weapons including roadside bombs and rocket-propelled grenades.

The grenade issue was fixed by strapping fencing to the sides of the Stryker vehicles. The "slat-armor" looked ridiculous, but it would detonate RPG rounds before they hit the Stryker's hull, saving the vehicle and its crew.

But dealing with roadside bombs took a complete redesign of the rig, incorporating angled "V-hull" armor underneath the vehicle to defect explosions.

That fix worked for every Stryker except the mobile gun. The weapon didn't fit in the redesigned hull, so gun crews went to battle with less protection than their comrades in other Strykers.

The gun system was such a problem for the Army that the service, which usually buys weapons by the thousands, purchased just 142 or them.

Dumping the troubled gun is the right thing to do, but it leaves Stryker units with a major hole to fill as the military looks to future combat with better-armed enemies like the Russians or the Chinese.

A partial fix would be issuing more Javelin missiles. The portable tank-killer is well proven, but it comes with its own problem: When you take on a large tank formation, you'd need more missiles than can be carried.

A better answer might be sharing the new Mobile Protected Firepower light tank, now in trials with airborne units at Fort Bragg, with Stryker units. At 24 tons with a full armor kit, the little tank packs nearly the same punch as the M-1.

It's essentially a replacement for the M-551 Sheridan light tank that was first used in Vietnam and has been out of the Army inventory for decades.

It's tracked and slower than the wheeled Stryker and won't be as easy to deploy over highways. Drivers on Interstate 25 this spring have watched Fort Carson Strykers commute to training at Piñon Canyon, the post's massive training area east of Trinidad. Getting M-8s there would mean hauling them aboard heavy trucks or loading them on railcars.

But the light tank problems pale in comparison to those that sank the Stryker Mobile Gun. And it could give Stryker units the armored punch they need to survive the modern battlefield.