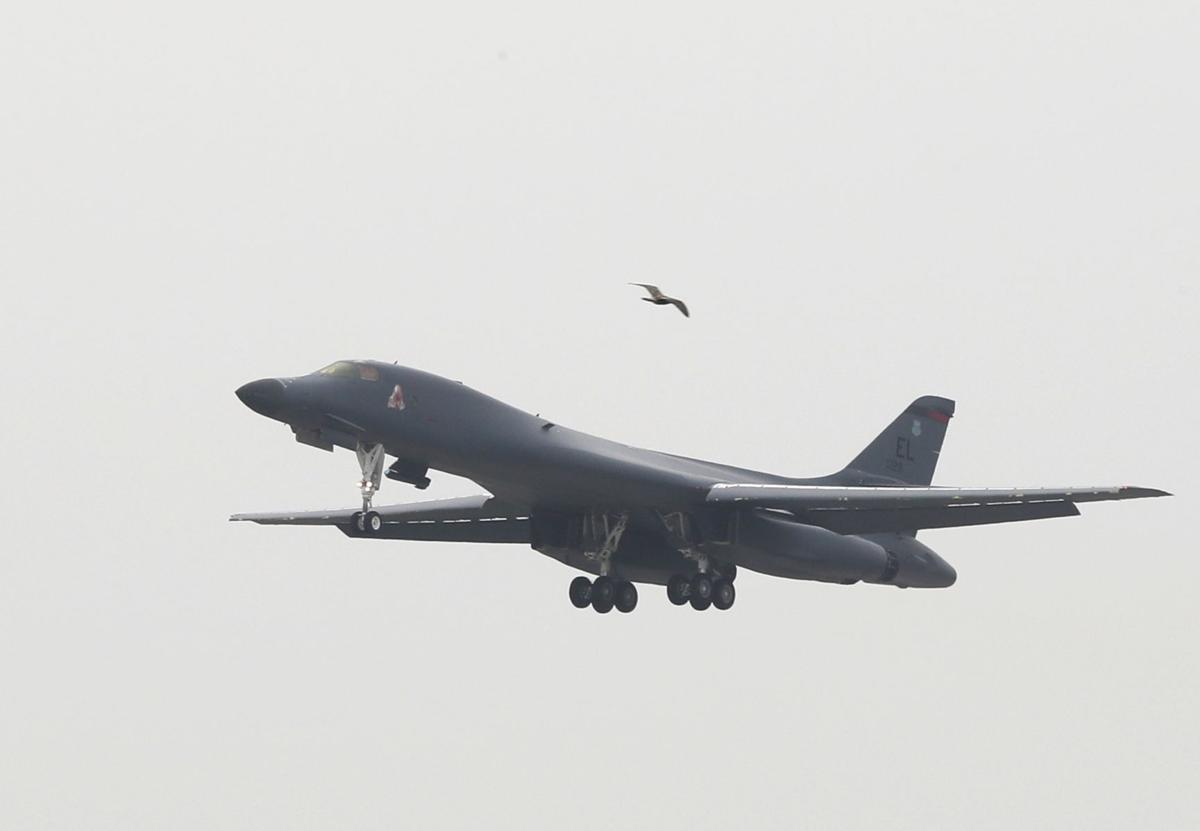 An Air Force B-1B bomber from Andersen Air Force Base, Guam, flies over Osan Air Base in Pyeongtaek, South Korea, in September 2016.

An Air Force B-1B bomber from Andersen Air Force Base, Guam, flies over Osan Air Base in Pyeongtaek, South Korea, in September 2016.

The Air Force got a glimpse at the future in a recent Rand Corp. study, and it’s a rough neighborhood.

The think tank found that the Air Force will face growing rivalries with China and Russia, more nations with nuclear weapons and more “gray area” tactics that can use social media, hacking and other techniques to hamstring an enemy.

“U.S. conventional overmatch is declining,” Rand researchers found. “Despite the ‘reemergence of long-term, strategic competition’ noted in the 2018 National Defense Strategy, the U.S. military will likely remain a fraction of the size it was during the Cold War, which was the last period of long-term, strategic competition, and it will lack the technological superiority it enjoyed during the immediate aftermath of the Persian Gulf War.”

It is also used to drive future budgets and programs that counter threats.

One key observation: The Air Force needs longer legs. The future will showcase a growing rivalry with China, which can easily dominate its neighbors, researchers predict. For the Air Force to have influence, it will have to develop long-range strike capabilities not now in the inventory.

China is within easy striking distance of U.S. bases in South Korea, Japan and Guam, giving the Chinese military the chance to take out American forces in the region before the Air Force can send more planes in from stateside bases.

So, a fight against China could see the Air Force having to use the West Coast as its launching point for strike aircraft crossing the Pacific Ocean.

If that sounds familiar, it should.

That’s much the same position the U.S. found itself in on Dec. 8, 1941, after Japanese strikes took out American air bases in the Philippines and Hawaii. The lack of airpower in the western Pacific meant that it took the U.S. years to defeat Japan, and that victory came only after the most expensive bomber program in history up to that point delivered the ultralong-range B-29 Superfortress.

The planes the U.S. has now have what could be considered long range. The B-52, B-2 and B-1 bombers, all designed for strikes against the former Soviet Union, can make one-way flights of up to 8,000 miles and make it much farther with aerial refueling.

But that’s not good enough against China, with coastal cities sitting about 5,700 miles from Seattle. Getting to targets in China in an all-out war could require putting vulnerable U.S. refueling tankers within range of Chinese fighters, putting the whole strike at risk.

The Air Force is hoping to cover the range gap with a couple of development programs. One is the “super-duper” missile that President Donald Trump keeps bringing up. It has a theoretical range of a few thousand miles at extreme speeds, meaning it could be launched over the ocean and strike targets deep on the mainland.

The second program is the B-21 Raider, a stealthy long-range bomber that could someday replace the Eisenhower-era B-52.

The Raider, essentially an advanced version of the B-2 Spirit stealth bomber, is designed for extremely long-range missions wrapped in a radar-evading body that can make enemy fighters and missiles blind.

The new bomber had reportedly passed the mock-up stage in its development program, with a prototype taking flight as soon as late 2021. The Air Force wants 100 or more of the $500 million Raiders, and could up the order to eventually replace B-1s and B-2s.

It’s the kind of program that China can’t yet match and Russia couldn’t afford.

And, if Rand researchers are correct, showing that kind of military might could put the brakes on a future war.

“These great-power states might calculate that the United States lacks sufficient capacity — in some cases, the capability — to respond effectively,” Rand found.

“If wars result, they will be multidomain conflicts fought under an ever-present risk of nuclear escalation.”

In the surest sign that the Air Force Academy is recovering from coronavirus, the school has increased the pace of its flying training.