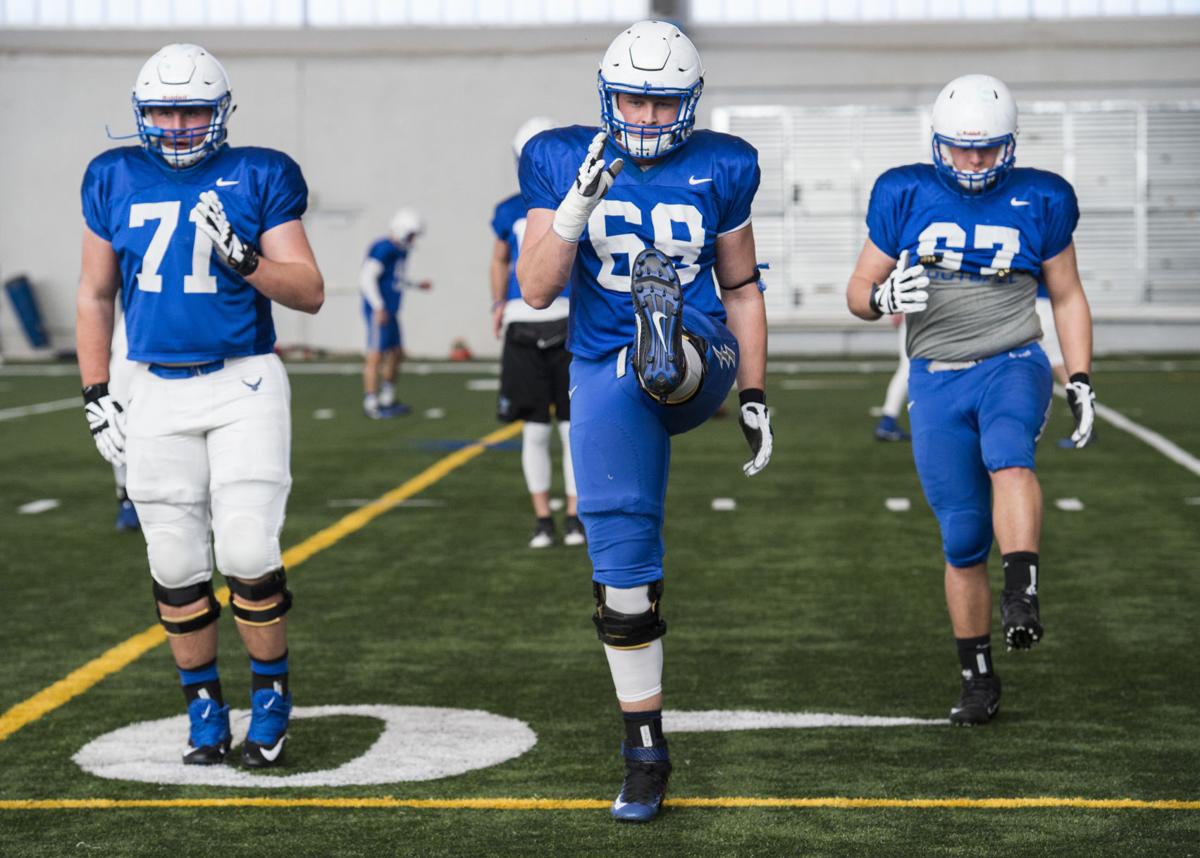 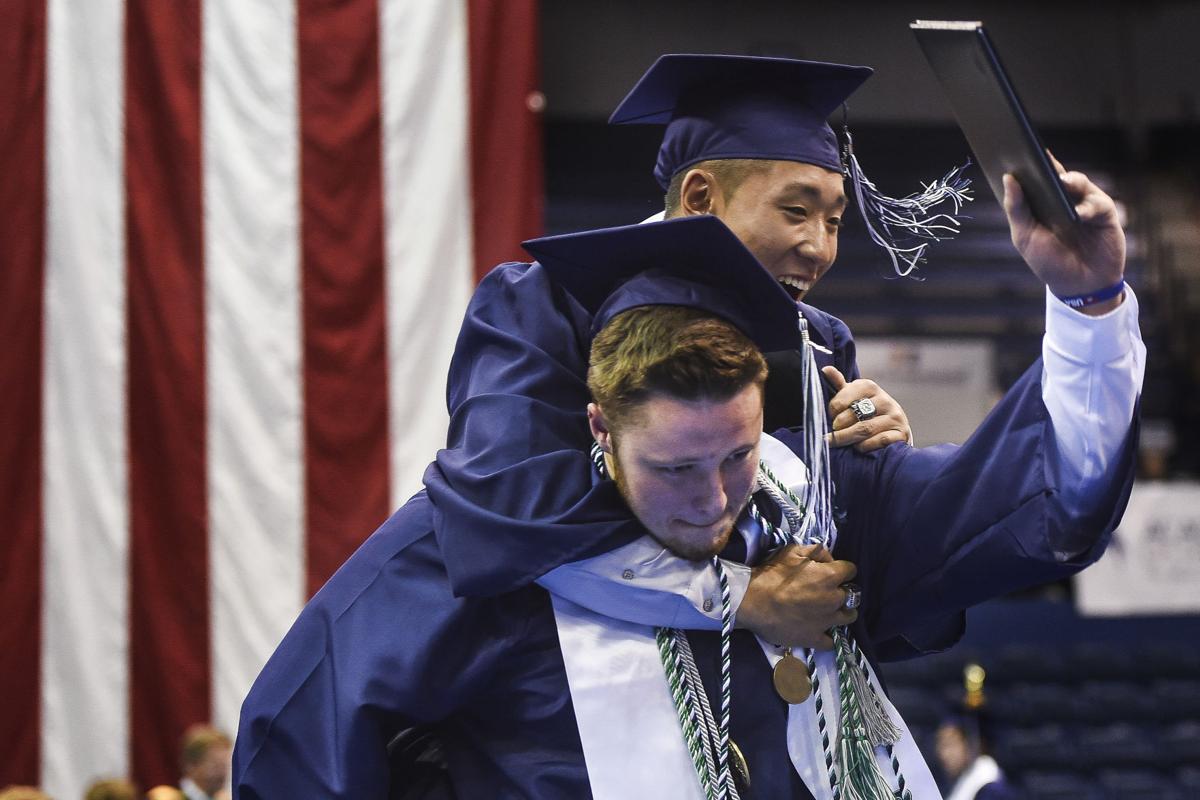 Seung Ju jumps on the back of Parker Hammond as they celebrate their graduation from Pine Creek at a ceremony Wednesday, May 20, 2015 at the Air Force Academy. Michael Ciaglo, The Gazette 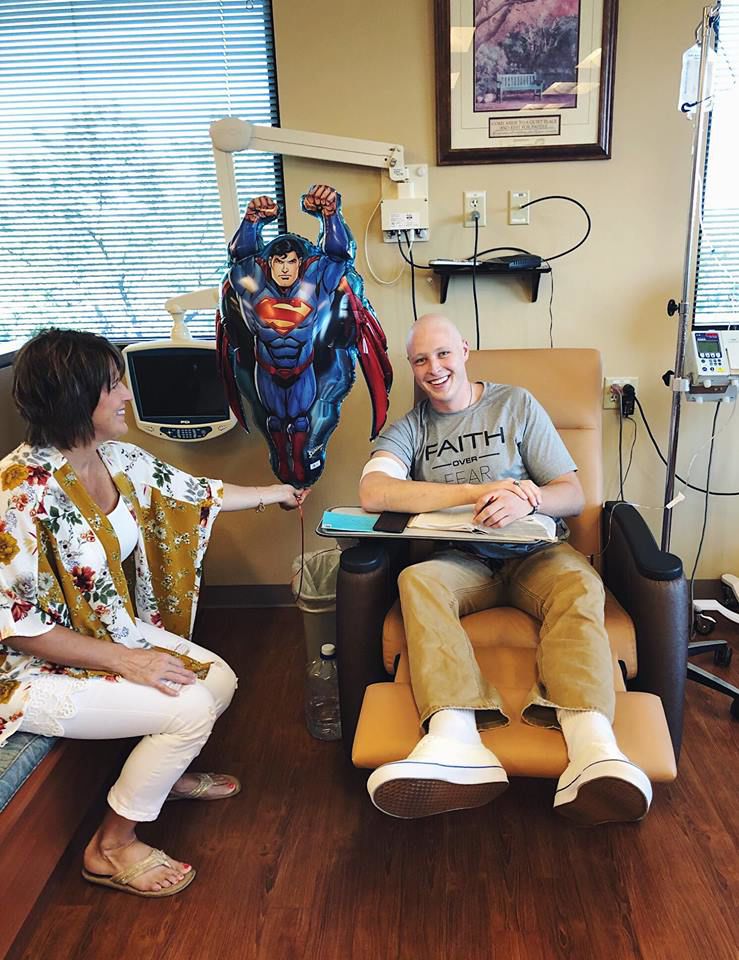 Parker Hammond suffered through chemotherapy with the help of family and fellow cadets.

Seung Ju jumps on the back of Parker Hammond as they celebrate their graduation from Pine Creek at a ceremony Wednesday, May 20, 2015 at the Air Force Academy. Michael Ciaglo, The Gazette

Parker Hammond suffered through chemotherapy with the help of family and fellow cadets.

During Air Force Academy’s graduation on Thursday, senior cadets will be told about the uncertain world they are entering and the battles they may face.

It may be underwhelming for 22-year-old Parker Hammond. He’s already fought a private war.

Hammond went from a strapping 275-pound offensive lineman as a freshman to a shriveled and shivering senior as he fought through chemotherapy. He battled cancer, and he battled bureaucracy to get the lieutenant’s bars he’ll pin on after he crosses the stage in Falcon Stadium on Thursday.

“It changed how I look at stuff on a day-to-day basis and how I look at things long term,” Hammond said last week as he prepared for what he once thought would be the biggest day of his life. “I am very hesitant to look too far into the future right now.”

That Hammond is graduating at all could be considered a miracle. That’s he’s graduating on time is a testament to his determination against an overpowering force. And the fact that he gets to serve in the Air Force as a cancer survivor is the lottery ticket on top of it all.

Adversity is something Hammond expected and dealt with easily when he arrived at the academy.

The pride of Pine Creek High School on the gridiron, Hammond played tight end and lineman on a state champion squad.

He arrived at basic training in 2015 and fondly remembers the hardships, early mornings and screaming upperclassmen.

“It’s a cool experience,” he said.

“Just getting beat up by all these guys who are bigger and stronger it just teaches you,” he said.

Hammond’s football hopes were extinguished, though. First a knee, then a hip betrayed the offensive lineman. But he rehabbed and made the best of his situation, helping coach the comrades he once played beside. He rebuilt his strength and focused on Air Force dreams.

“After all that I thought I was healthy,” Hammond said.

But a checkup revealed a lump on a testicle. Hammond put it out of his mind last May as he wrapped up his junior year.

“I was on my way to go take my philosophy final when they called me,” Hammond said.

He was in surgery two hours later where doctors removed the cancerous organ.

“We think you have testicular cancer — it is almost disbelief. You hear the words but you don’t get a full processing of the weight behind those words,” Hammond said.

It’s a tough thing for a young man to take, but Hammond again bounced back. He didn’t even miss much time from school.

Summer came with a break from classes and a focus on military training for Hammond.

“I was in the middle of powered flight class and they called me again,” he said.

It was the worse news. The cancer had spread into Hammond’s lymph nodes. His options were risky surgery that might not conquer the cancer, or a debilitating course of chemotherapy, which had a better chance at killing the cancer, but would nearly kill Hammond.

No surprise. The only cadet to confess enjoying basic training picked the harder road.

“You are on a whole cocktail of drugs on top of the actual chemotherapy drugs,” he said. “It makes you feel weird and sick. It’s a lot of late nights curling into a ball in the bathroom.”

Hammond’s two families rallied. His parents and other relatives in Colorado Springs stuck by him and buoyed him through dark days.

So did his family in blue uniforms.

Visits, cards and emails came in a torrent from the campus, where all 4,000 cadets seemed to unite to help their stricken classmate.

It was a morale-boosting effort by “everyone at the academy, my friends and people I didn’t know,” Hammond said.

Hammond needed the boost. When he looked in the mirror, he didn’t recognize the face.

“The process of having your hair fall out and your eyebrows fade out, it’s a slow process and you see yourself change and I don’t want to say fade away, but it’s weird,” Hammond said.

Amid his suffering, Hammond could have called off the torture of the academy’s senior year courses. But Hammond didn’t want a medical discharge.

As his hair fell out, his grades didn’t.

“I had people there to help me, my teachers and professors were awesome,” Hammond said. “I missed a decent amount of school that first semester.”

The chemotherapy did its job and the hair and the lost weight slowly returned.

But the battle wasn’t over for Hammond. The Air Force requires its officers to be healthy. He had to prove himself fit for duty if he wanted to be an officer.

“Dealing with all that was an interesting process to go through,” he said of his effort to get the Air Force to waive its health guidelines to let him serve. “Up until the waiver gets approved or denied everyone is just there speculating.”

He tackled the bureaucracy with tenacity, He emailed and called every leader who could help.

But it wasn’t until January when Hammond was told he’d get his commission.

“I am very very thankful,” he said. “I am extremely blessed to be here and be where I am at right now.”

Hammond will be assigned as a munitions officer, maintaining the bombs and missiles of American might. In that job, he’ll oversee scores of enlisted airmen.

He thinks the hardship he’s faced will help him lead troops when they go through tough times.

“It is a perspective changer going from ‘I don’t want to wake up and go to class’ to now I look at it as an opportunity,” Hammond said. “I get to wake up and do all this.”

After he gets established in the Air Force he hopes to consider medical school.

But he’s careful these days to not get too far ahead of himself.

Air Force Thunderbirds: When and where to watch Thursday's air show

When and where to watch the Air Force Thunderbirds air show and practice session during graduation week at the Air Force Academy in Colorado Springs on May 28 and May 30, 2019.