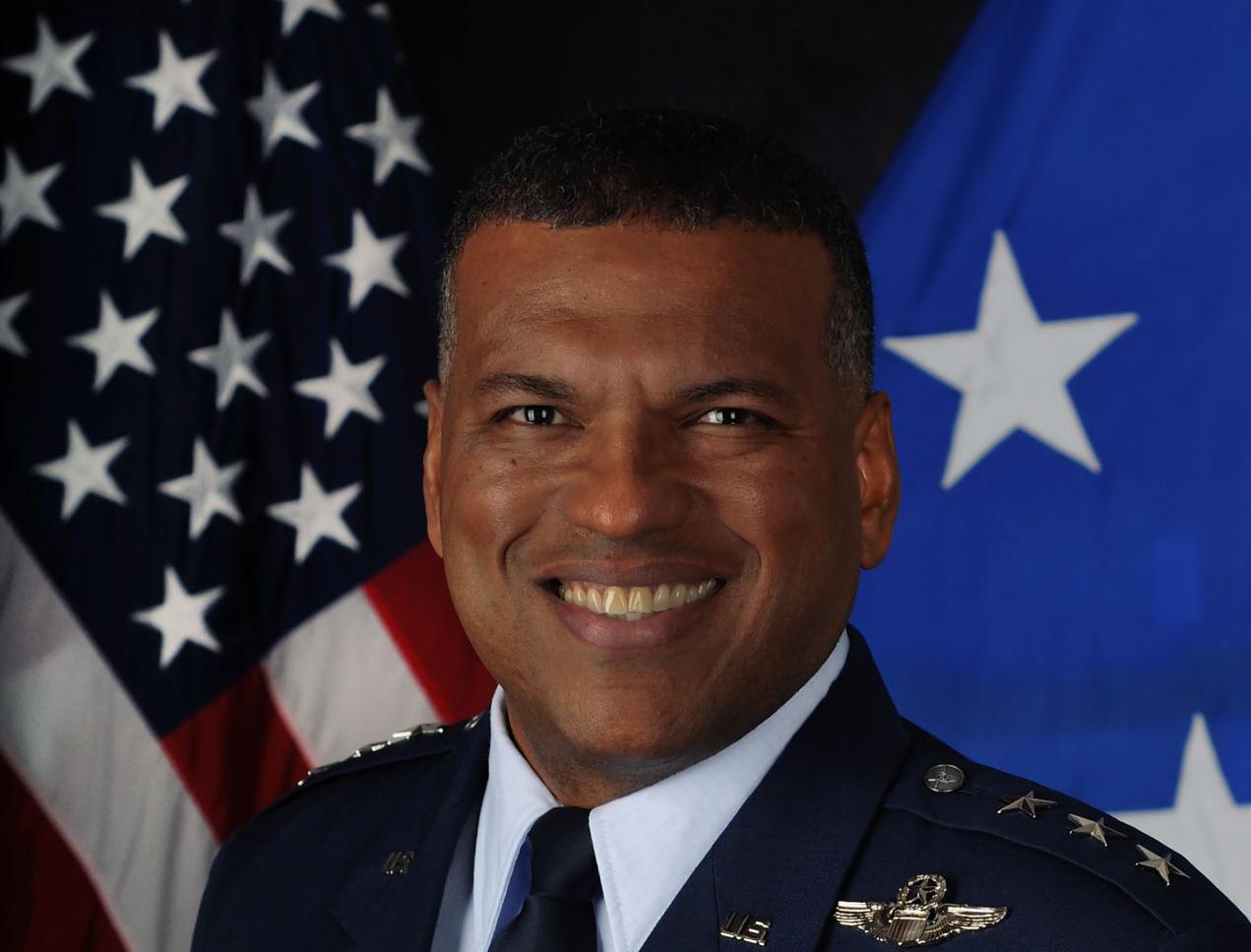 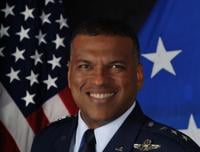 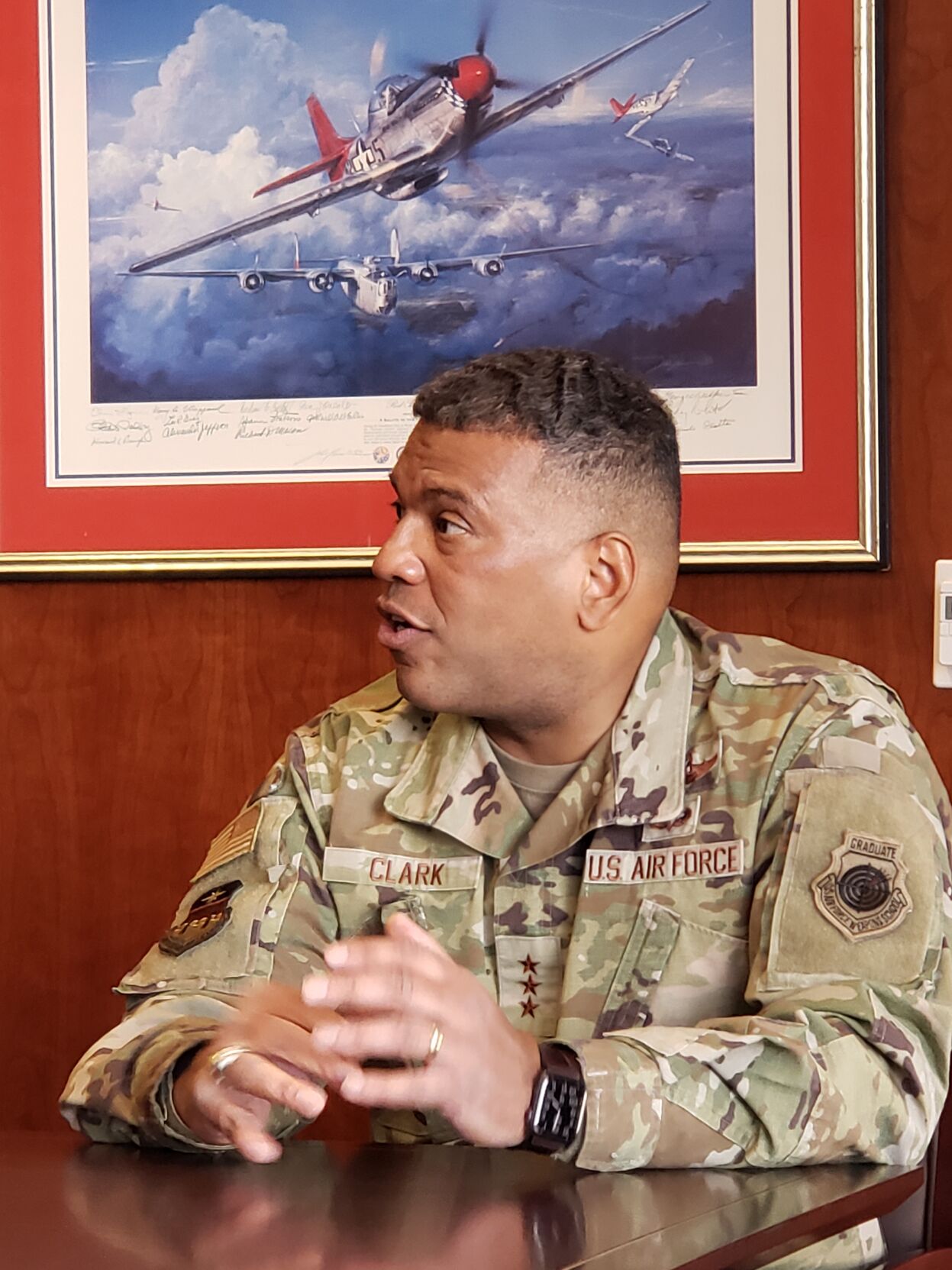 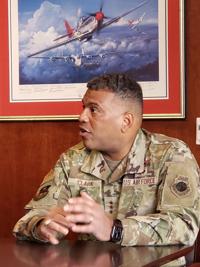 Separated shoulders from three years as linebacker and a senior season as nose guard nearly kept then-cadet Richard Clark from pilot training and a career in the skies.

That is until Air Force Academy superintendent Lt. Gen. Winfield Scott Jr. — who lead the academy from 1983-1987 — stepped in.

Scott flew F-51 Mustangs during the Korean War and piloted F-4s in more than 100 combat missions during the Vietnam War.

After learning Clark was selected for a pilot slot but medically denied, Scott invited him to his office, where he asked the soon-to-be second lieutenant to rotate each of his arms above his head.

“He said, ‘Ya know Rich, I flew F-100s, I ejected out of an airplane and having a dislocated shoulder is the least of your worries. And if you can play football here and you can do what I just did (raise arms over head), that’s about all you need to do to be able to reach up to a switch and pull your ejection handles. I’m gonna take this one up, and we’re going to get you a pilot slot.’"

“My superintendent did that for me, so now, every chance I get, it’s time to pay it forward,” said Clark, who is now seeking waivers to get two medically disqualified cadets into the jobs they want.

“It can change someone’s life, right? How many times do you get an opportunity to do something like that? I look at it as an honor to be able to go in and fight for these guys.”

Clark didn’t waste any time letting the school's 4,000 cadets know he cared about them when he arrived on the job last September after coronavirus confined cadets to the campus and pushed instruction online.

He decided to spend evenings with cadets and ended up staying overnight in the dorms with his dog for 28 straight days. By the second night, he realized trying to sleep on a cot was a mistake, and his wife, Amy, rescued him with an air mattress. She also made 225 cupcakes a day — with help from a few friends — for the cadets.

“It was great spending time with cadets, answering questions, arm wrestling, playing chess,” Clark said. “They are awesome. I just wanted them to know that we — I was representing all of our leadership — were all there for them.”

He also made clear his four priorities for cadets.

• Demonstrate a culture of dignity and respect

“The first … is the most important one and that’s to develop leaders of character,” Clark told The Gazette. “It has been the prime directive of us here at the academy since the beginning.”

Clark first returned to the Air Force Academy from 2010-2012 while serving as commandant, the officer in charge of the cadet wing and their military training.

“When I was the commandant, we worked on a leader of character framework,” he said. “The bottom line for that is to encourage and develop our cadets to live honorably, to elevate performance and to lift others.”

The impact of COVID-19 was nearly immediate at the academy, which sent freshmen, sophomore and juniors home in March 2020, keeping only the seniors there, on track for graduation. In a bid to create social distancing in the school's tightly-packed dormitories, Clark used off-base hotels to house some healthy cadets. But a drop in COVID cases and improving vaccination rates eventually allowed most cadets to return to campus.

“We can’t let that (COVID-19) derail our mission,” Clark said. “We have to get to graduation. We have to keep the underclassmen ready for their graduation. That means the developmental process has to continue.”

Clark, a B-1 bomber pilot who spent more than 400 hours flying in combat, wants cadets to think about their post-pandemic careers and what wars could look like in coming decades.

“Our adversaries have been watching us fight for a long time, and they have been preparing themselves for future conflict,” he said. “We just hired a leader for our Institute for Future Conflict. … That organization will be an integrator for everything that we do to make sure that our curriculum is leading our cadets to be prepared for that future conflict.”

The institute's partnership with Colorado Springs-based U.S. Northern Command, which was established in 2002 to protect the homeland, allows cadets and professors to work through real problems.

Another top priority is teaching cadets how they need to behave in school and as military leaders in the future.

“Our cadets have to be ready to lead in a diverse environment and to make it an inclusive environment,” Clark said. “Our academy is getting more diverse, but our country is getting even more diverse, faster. When they go out into the Air Force and Space Force, they are going to be leading people who don’t look like them. I believe that’s a strategic comparative for our country.”

Clark, the 21st superintendent of the academy, is pleased that the Class of 2024 is the school's most diverse class to date.

About a third of the class is female and 36% are racial or ethnic minorities, he said.

“That is very encouraging, but we still have some work to do,” Clark said. “Putting our brand out there and helping people to understand what we are really all about, I think is going to be vitally important to us to attract the right people here. We want to have a more diverse faculty and staff, we want to have more diversity in our cadet wing.”

The academy graduated 86 second lieutenants into the Space Force last year in its inaugural class. On May 26 at this year's graduation, another 116 cadets will become lieutenants in the nation's newest armed service.

“We have fewer spots than we have volunteers,” Clark said. “We are committed to building great guardians to go out and lead the Space Force.”

Before the Space Force was established on December 20, 2019, the academy had classes and academic majors aimed at orbit.

The school also has its own space program, regularly building, launching and operating small satellites.

For decades, space was seen as a peaceful domain, but leaders now fear it could become a battlefield in future wars.

“When we talk about future conflict, I mention that as one of my priorities, space is right there," he said.

Clark also wants cadets who are trained for the modern-day battlefield of computer warfare.

A new cyber innovation center will break ground on the academy later this summer. It will allow cadets, industry partners and others to work on and solve real-world military problems.

“We are deeply committed to building cyber warriors,” Clark said.

Clark is also working to rebuild the school's honor system, under a code that prohibits lying, cheating and stealing or tolerating those missteps by classmates.

“Some of my thoughts on it were we needed our system to be developmental and not only punitive,” Clark said. “We need to have developmental opportunities for our cadets. They walk in day one — we need to meet them where they are and then get them to where they need to be.”

The academy faced a cheating scandal last spring where most of the 250 students involved admitted to it and were placed on strict probation .

Clark is tackling another old problem that has bedeviled the school: sexual assault and harassment.

“We still have issue with sexual harassment and violence that we’re working through, like the rest of our military and other college campuses in the country,” Clark said.

Clark is pushing to prevent sexual assault before it happens, care for victims by making it easier for them to report misconduct and hold attackers accountable.

“We do want people to report,” Clark said. “Their trust in the system and our ability to hold people accountable relies on them reporting. We do take it very seriously. Having that step barrier-free is critical to us. We need people to trust … that we are going to take action and do everything we can to get to the truth. If we find someone is guilty, we will hold them accountable … and see that justice is served.

“It all goes down to dignity and respect.”

After four years of military and academic training, Clark feels cadets understand dignity and respect and are on their way to becoming future leaders with great character.

Clark is thrilled to be leading the academy but said the biggest casualty of him taking the job was the potential Air Force career his son, Milo, who had an appointment to the academy but decided on his fallback school.

“I told my son before it was announced, 'Milo, chief has asked me to be the superintendent of the academy,' and he goes, ‘Dad that is awesome, congratulations! Harvard, here I come.’”

Like all superintendents before him, Clark's work at the academy is his last job in uniform.

“When the chief, Gen. Goldfein (now retired Air Force chief of staff) asked me if I would do this, there wasn’t a doubt in my mind. The Air Force academy is where I started and where I’m going to finish. It is truly full circle.”