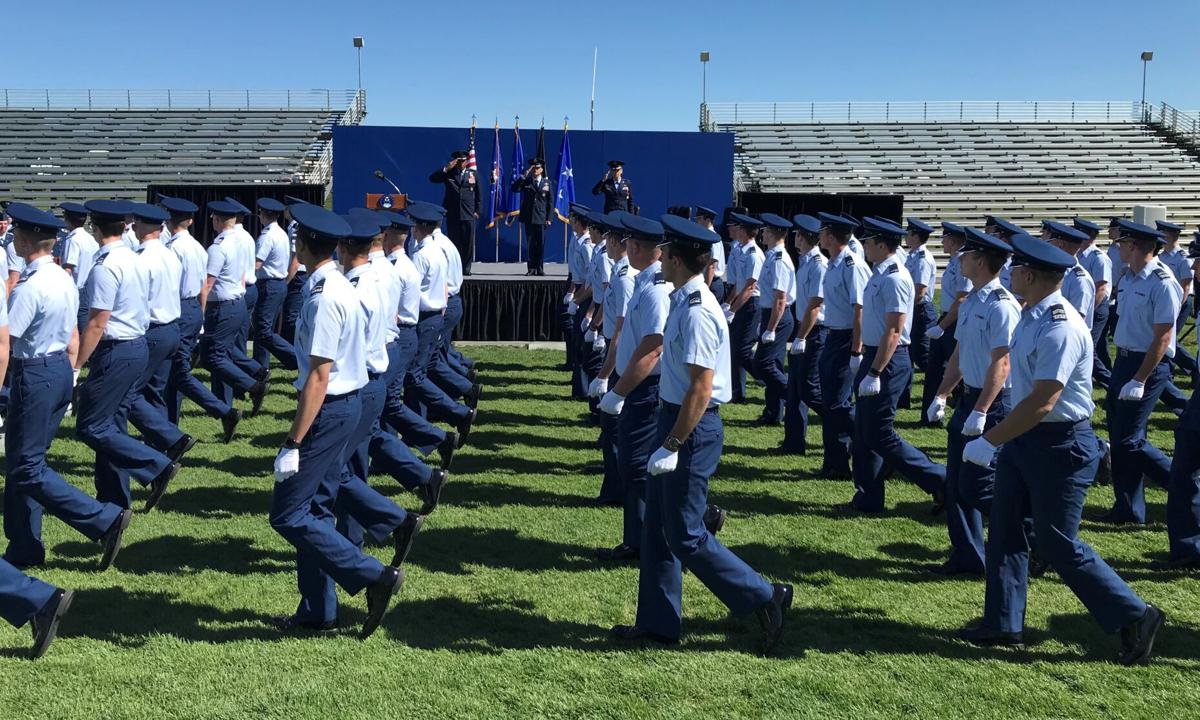 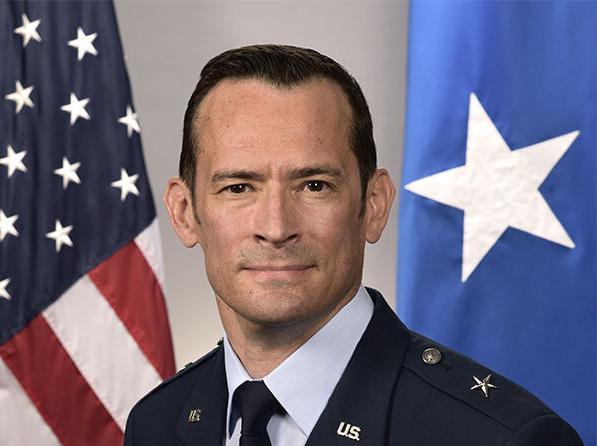 Air Force Academy Superintendent Lt. Gen. Richard Clark thanked the outgoing commandant and welcomed a new one during a change of command ceremony Thursday morning on base at Stillman Field.

Thousands of cadets attended the ceremony and offered Maj. Gen. Michele Edmondson a final salute for her nearly two years of service before welcoming new Commandant Brig. Gen. Paul Moga with a salute and a pass in review, where cadets marched by so the general could inspect them.

“Over the past two years (Maj.) Gen. Michele Edmondson has led our cadet wing in what I believe was the most challenging chapter in our academy’s history,” Clark said.

In March 2020, the academy kept seniors on base but sent all other cadets home as the coronavirus began to take hold throughout the country. Cadets took courses virtually and the 2020 graduation was held six weeks early as the pandemic continued to worsen. It was also the first graduating class to include a commission to Space Force, which was founded in December 2019. In 2020, 86 cadets became officers in the Space Force and 112 additional were commissioned as guardians during graduation earlier this week.

“You stood tall at a time of great challenge and it is clear to me you were the right leader in the right place at the right time,” Clark said of Edmondson.

Edmondson – who will now take command of 2nd Air Force at Keesler Air Force Base, Mississippi – revamped how cadets do basic cadet training.

“As I reflect over the last two years, I’ve met some of the most amazing young men and women this country has to offer,” Edmondson said. “The sacrifice and commitment to excellence that I witnessed as the commandant is something that will remain with me the rest of my life.

“It has been an honor and a privilege to be your commandant and I look forward to serving with each and every one of you on the other side.”

During Clark’s speech, he also spoke highly of the incoming commandant of cadets.

Moga comes to the academy from Peterson Air Force Base, where he was the deputy director of operations for U.S. Northern Command. Moga is married to Amanda, a 2001 academy graduate.

“He built an incredibly accomplished career as a pilot but most importantly he has been a dedicated leader of our airman for 26 years,” Clark said of Moga. “I know you will apply your own unique talents and experiences, and I look forward to your partnership as we push this academy forward to even greater heights.”

As commandant – the second highest command at the academy – Moga will be tasked with ensuring the roughly 4,000 cadets receive quality military and airmanship training and become leaders of character.

Moga, a 1995 Air Force Academy graduate, addressed his mother during his speech saying, “Mom, I bet you didn’t see this one coming 30 years ago when you dropped off an 18-year-old punk right up there.”

“I cannot clearly, concisely explain what it means for me personally and professionally to be back here as your commandant,” Moga said. “It is the opportunity of a lifetime. I owe almost everything good about my life and my career to this institution. But I know it’s really not about me, it’s about you, the cadet wing. You are the reason this academy exists.

“Believe me when I tell you, you are already better, smarter, more innovative, more groundbreaking, more pioneering … than I was at this stage of the game. And you’re going to need it to wear the cloth and fight and win the wars of this nation.

“I’m here to do everything I can … to make you the finest officers possible in the Air and Space Forces.”