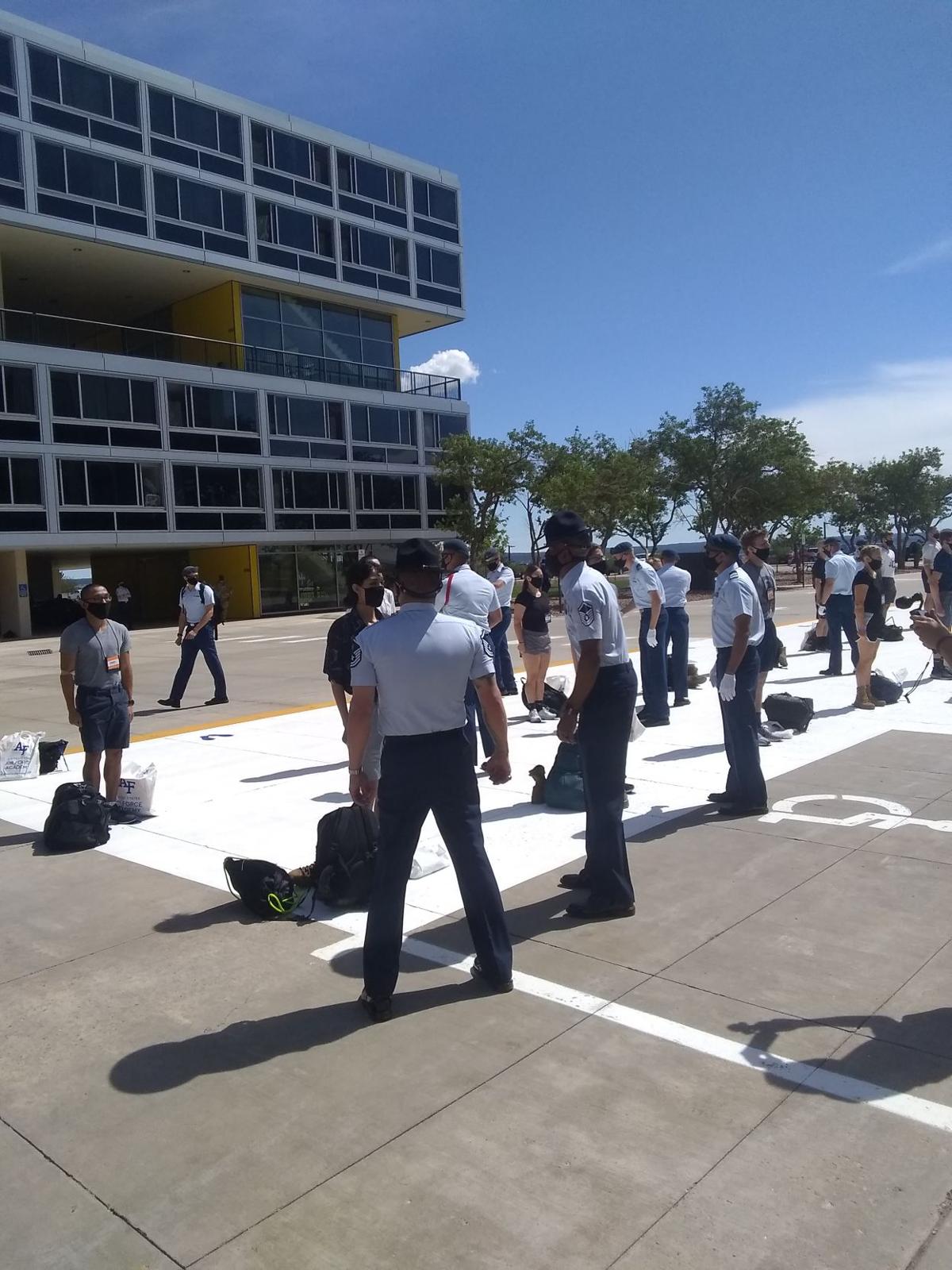 “Pull that mask up!” was the new order of the day as the Air Force Academy brought in more than 1,200 freshmen for basic training Thursday. The masks and other social-distancing steps are meant to slow the spread of coronavirus.

“Pull that mask up!” was the new order of the day as the Air Force Academy brought in more than 1,200 freshmen for basic training Thursday. The masks and other social-distancing steps are meant to slow the spread of coronavirus.

As America endures a summer of social change, there’s a fair amount of hand-wringing about the nation’s youths.

The hand-wringing is nothing new. It seems every generation looks at the new kids with alarm, fearing their passionate and sometimes wayward ways.

But there’s a cure for that fear, and it’s in Colorado Springs.

At the Air Force Academy on Thursday, nearly 1,200 young Americans raised their right hands and swore to protect the nation and its Constitution.

It was something hidden this year. The academy has closed its gates to visitors amid coronavirus. So, the thousands of people who usually make the summer trek to the school to watch the freshman class march their way to military proficiency aren’t looking down from the overlook near the Cadet Chapel.

About a third of the new cadets are women, another record for the academy and another sign of shattered gender barriers in a military that has come to value the service of women in combat in recent years.

They’re a jumble of races. While the academy is still mostly white, its demographics are gradually looking more like America as young people of all races look to the opportunities that come with a life of service.

About a third of cadets are members of a minority group, compared with about 40% of the nation.

And what those young people pulled off last week is the antithesis of the unruly mobs that have drawn political complaints and calls for law and order.

In grocery stores, gas stations and restaurants, full-grown adults have showcased how poorly we have adapted to social distancing.

All around the academy Thursday, the new cadets with the stunned look in their eyes that accompanies the onset of basic training carefully kept their distance.

They even learned their first marching steps at a distance of 6 feet.

Too many civilians have forgone face masks even as the threat of coronavirus remains. The worst the academy’s freshmen did Thursday was allow their mask to drop slightly below nose level.

“Pull it up!” was the instant response from their well-starched trainers, mostly juniors and seniors at the school. “Pull up your face mask!”

The juniors and seniors who act as drill instructors have never experienced training with social distancing. But they largely designed the measures in use to keep the freshman class at the academy safe.

The freshmen who will become academy graduates in four years aren’t getting a “free” education. They’ll owe America at least five years in uniform and the risks that goes with serving a nation that’s still sending airmen to attack targets in Iraq, Syria and Afghanistan.

And in the middle of the area between the dorms where the freshmen are marching 6 feet apart, there are nearly 200 names on a memorial to academy war dead.

More than 1,200 of America’s youths on Thursday at the academy pledged to make the same sacrifice if called.

The COVID-19 pandemic gave the annual tradition at the Air Force Academy a much different look with cadets in masks, hand sanitizer at every s…