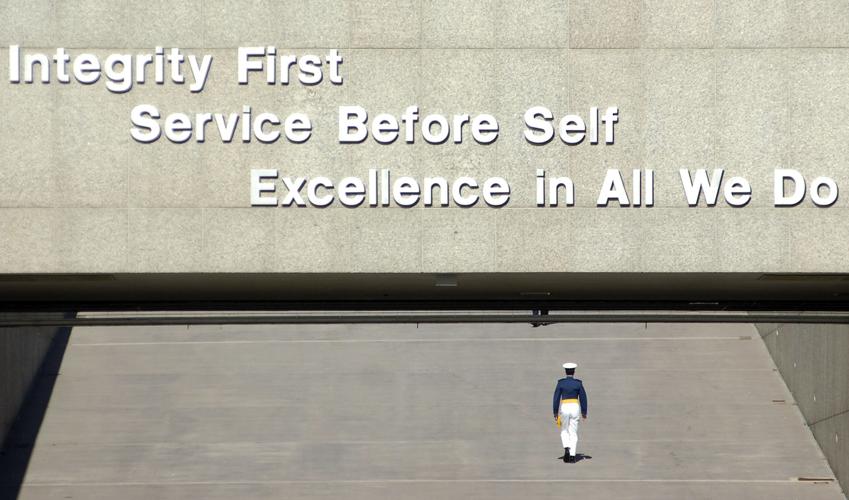 Friends and family watched the the Class of 2007 march during the Graduation Parade at the Air Force Academy on Tuesday, May 29, 2007. It is the last parade for the class before their graduation ceremony on Wednesday. A lone graduating cadet walks towards the Terrazzo before the parade. The Gazette, Bryan Oller 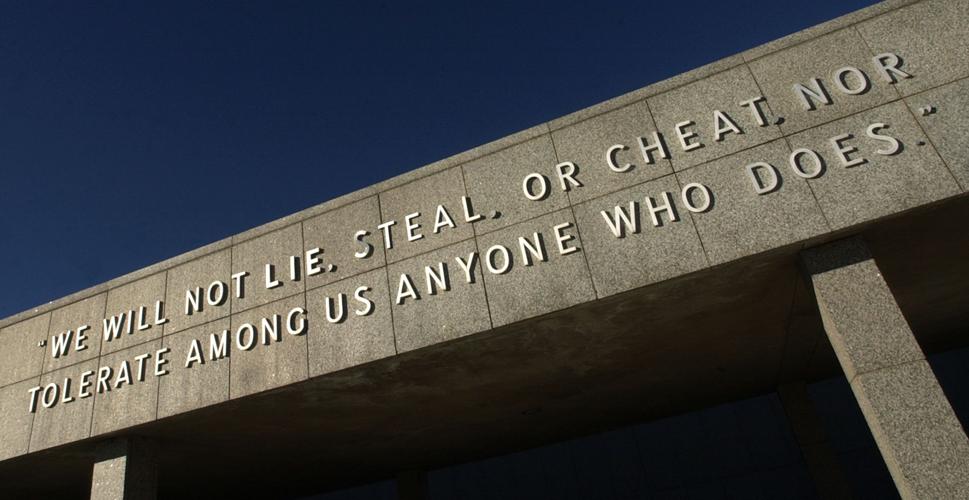 Friends and family watched the the Class of 2007 march during the Graduation Parade at the Air Force Academy on Tuesday, May 29, 2007. It is the last parade for the class before their graduation ceremony on Wednesday. A lone graduating cadet walks towards the Terrazzo before the parade. The Gazette, Bryan Oller

An Air Force Academy cadet was convicted Friday of sexual assault after a four-day trial.

Junior cadet Armis Sunday’s sentence has yet to be determined.

A female accuser said Sunday had groped her in her sleep in a dorm room at the school, while defense attorneys claimed the woman consented to the act.

“Cadet Sunday is very disappointed by the outcome at trial. We look forward to appealing the verdict, and believe that there will be a high likelihood of success on appeal based upon evidence that the military judge prohibited us from discussing at trial,” Coward said in an email.

“Cadet Sunday continues to assert his innocence and trusts that the legal system will afford him the opportunity for a new trial following the appeal.”

Another accusation of sexual assault had been filed against Sunday, but that case is not headed to trial.

The academy said Sunday’s conviction could land him in prison for decades.

“The case against Cadet Sunday involved one charge and one specification of sexual assault by causing bodily harm,” the academy said in a news release.

“The maximum punishment for the offense includes up to 30 years confinement, total forfeitures, and a mandatory dismissal from the military.”

The case involved Sunday meeting a female cadet in her dorm room. Sunday brought alcoholic drinks, both sides admit, but what followed was in dispute.

Air Force lawyers portrayed it as a platonic evening that turned sexual when Sunday accosted his sleeping classmate.

Sentencing in military cases is tantamount to a second, if briefer, trial, where lawyers from both sides argue and can present witnesses and documents.

It was unclear Friday when the sentencing for Sunday would be finished.

As Fort Carson troops have streamed home from Afghanistan in recent weeks, their leaders have said the nation where America has battled for ne…