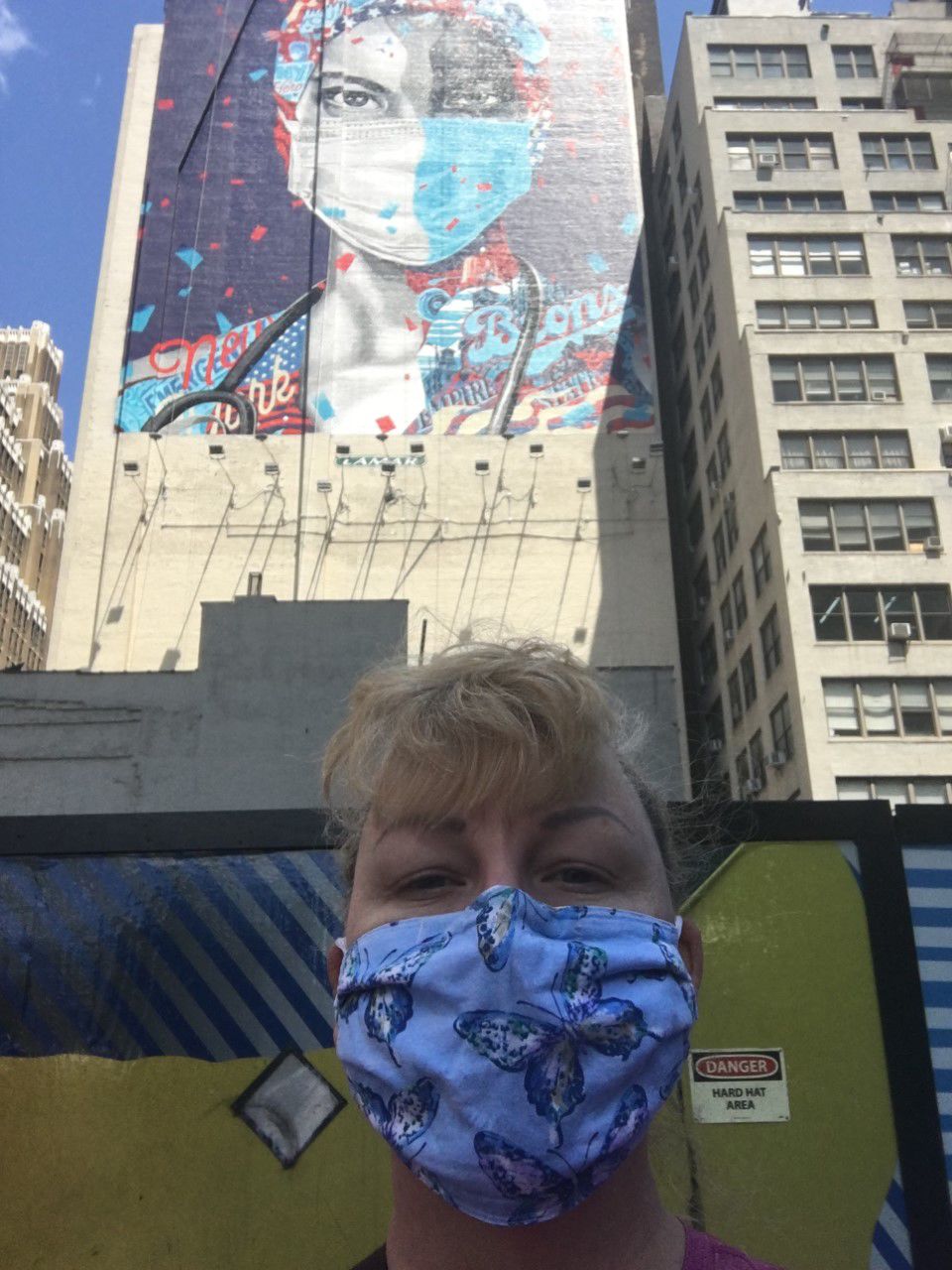 Naval reservist Lt. Commander Anna Jones, an orthopedic/neurology/spine unit nurse at Memorial Hospital, near Harlem Hospital in New York City, where she was assigned this spring as part of the military's coronavirus pandemic efforts. 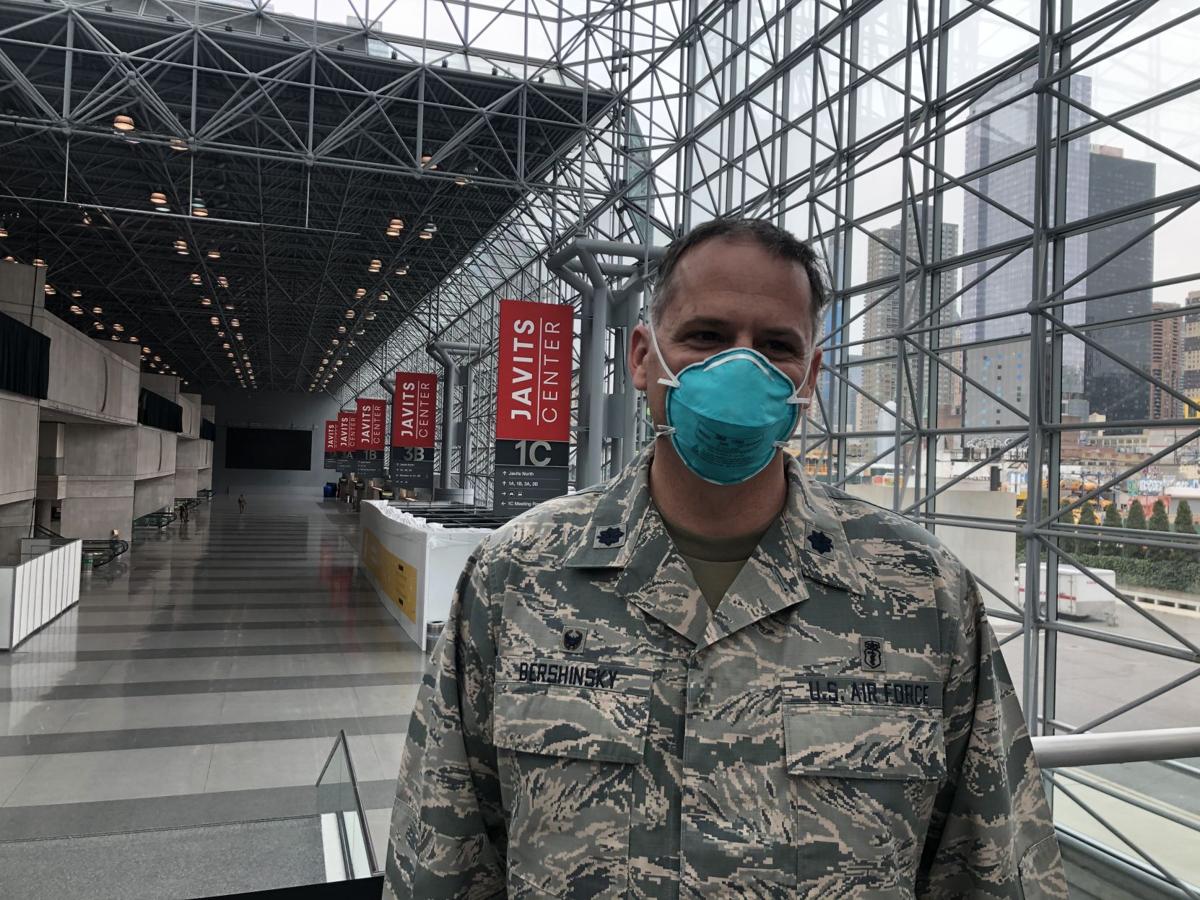 Naval reservist Lt. Commander Anna Jones, an orthopedic/neurology/spine unit nurse at Memorial Hospital, near Harlem Hospital in New York City, where she was assigned this spring as part of the military's coronavirus pandemic efforts.

The script was flipped, in her estimation.

To naval reservist Lt. Cmdr. Anna Jones, nothing about the coronavirus pandemic has been typical — not the presentation, not the way the virus spreads, not the response.

"In a normal theater of war, you’re going to have your front line — your warfighters are in the front, and your medical support people are in the back, taking care of injuries," she said.

"In this war, medical was actually on the front lines."

Jones, an orthopedic/neurology/spine unit nurse at UCHealth Memorial Hospital and a naval reservist, and Air Force reservist Lt. Col. James "Matt" Bershinsky, an orthopedic physician's assistant at Children's Hospital Colorado, are among Colorado Springs reservists who heeded Uncle Sam's call this spring — in a location and fashion they could have never imagined.

The Army veteran and former combat medic received a call in late March asking if he was involved in coronavirus care at his day job. If not, would he be willing to mobilize and serve where the need was greatest?

"On April 4, I got a phone call from the commander saying, 'We need you in New York tomorrow,'" he recalled. A short time later, he was wheels down in the Bronx, where he embedded with the civilian team at Lincoln Medical Center.

"When we arrived, the hospital was overwhelmed," he said. "They had patients literally on gurneys, bed rail to bed rail. You couldn't walk between them, there were so many patients in the ER."

Bershinsky worked in an area of the hospital that, under normal conditions, served as a new mother/baby unit.

"You had a room where normally you've got a new mother resting and recovering and a glass-fronted nursery across the hall — but the bassinets were pushed in the corner, and every single one of those rooms became an ICU.

"It was an amazing contrast, happy blue and pink walls, with the sickest of the sick fighting for their lives."

In regards to the speed of mobilization, it was a similar story for Jones, who was asked by the Navy Reserves in early April if she might be willing to serve on the front lines of the war against the virus in the U.S. — and ended up at Harlem Hospital in New York City a few days later.

"You could see the message traffic, and you could see things were escalating," the mother of four said. "It got to the point where I knew I was going to get tagged to go, so I finally was just like, 'I'll go.'"

When Jones arrived, coronavirus cases at the hospital were trending downward. She found herself in a strangely familiar scenario not  unlike her work at home: caring for very sick patients.

"Once you get past the couple layers of (personal protective equipment), it all kind of gets down to basic nursing," she said. "You’re taking care of people the best you can, you’re cleaning them up, you’re making sure they can eat, getting their meds.

"Statistically, we missed the peak of patients, but the psychological benefit we provided to the hospital staff and community was palpable."

Bershinsky, whose hospital was particularly hard hit, finds himself reflecting on the coronavirus patients who died alone.

"You walk by a room where someone you know is not doing well — you see staff members sitting there, holding their hand, talking to them even though you know they can't understand, can't hear," he said.

Though family members were given the chance to say goodbye over an iPad, "there's something that just seems fundamentally disturbing that these people had to die alone," he said.

"The heroism of people comforting them, their families on the phone, brings back humanity to an inhumane situation."

Both Bershinsky and Jones were struck by the poverty of the areas they were serving.

A "good deal" of Jones' patients were homeless, she said.

"I think we had a couple of nursing home patients, definitely older or with multiple commodities, obviously no established health care," she said. "These were patients you would see on the floor at any hospital, and it just so happened they had COVID."

The hospital where Bershinsky served is in "one of the roughest neighborhoods in the U.S.," he said. "The poor there are poor. They have very high rates of disease and mental illness, and one of the most vulnerable populations you could imagine.

"When you have a vulnerable population at risk, who do you send? You send the least vulnerable. You send the toughest and more prepared, and that is certainly the military medical providers sent out there to do this job."

The Islamic State terror group that has battled U.S. forces in Iraq and Syria is coming back, thanks to its new unlikely ally: coronavirus.