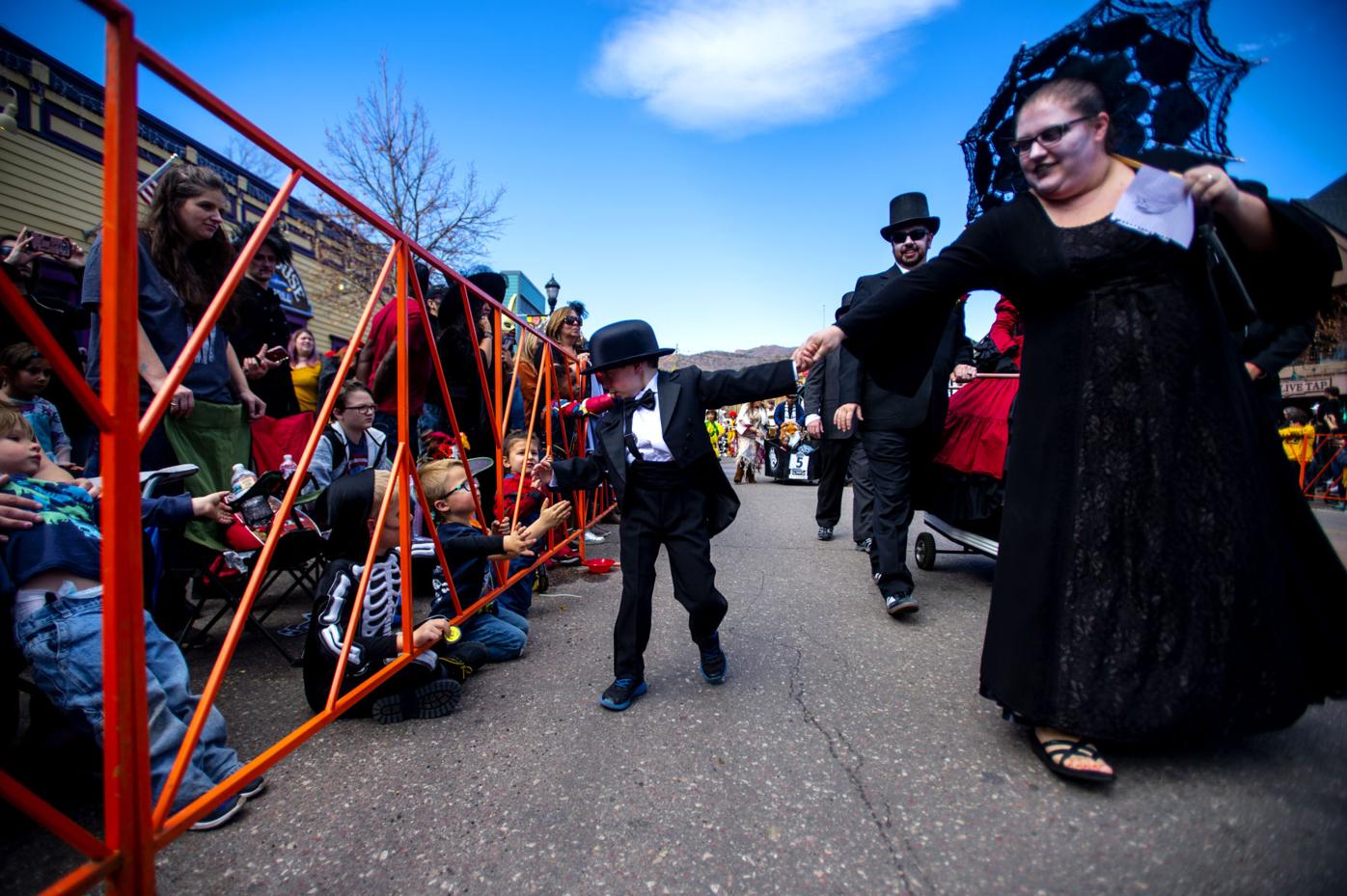 A young boy stretches to high-five spectators during the Emma Crawford Parade in 2019. 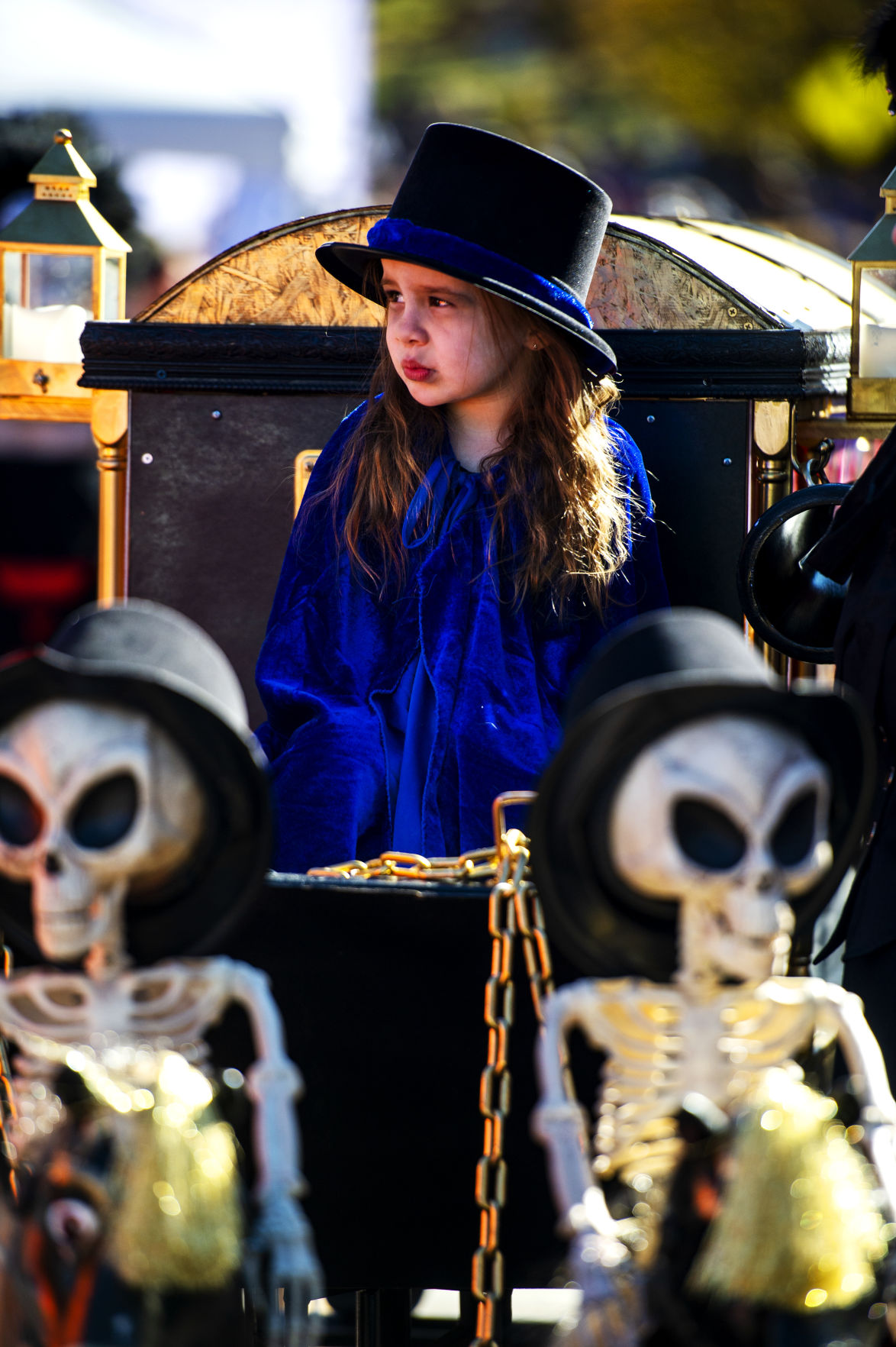 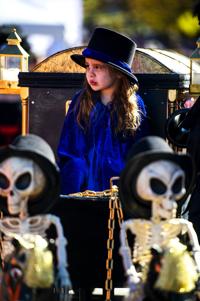 Moments from the 25th annual Emma Crawford Coffin Races and Parade in Manitou Springs on Oct. 26, 2019. 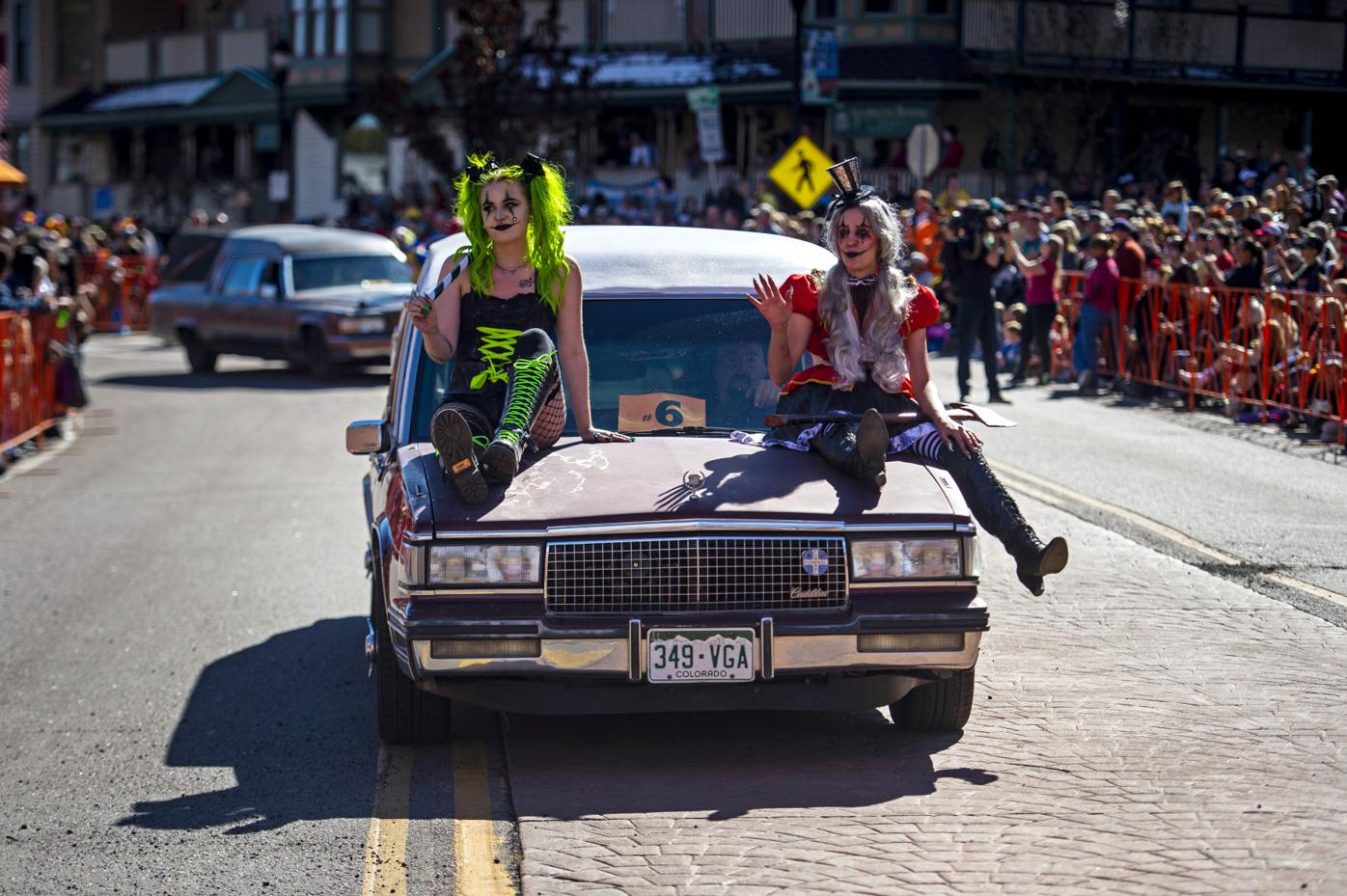 A young boy stretches to high-five spectators during the Emma Crawford Parade in 2019.

Moments from the 25th annual Emma Crawford Coffin Races and Parade in Manitou Springs on Oct. 26, 2019.

October can’t go on without some sort of party for Emma Crawford.

Coffins will not race down the streets of Manitou Springs like usual and, for the second year in a row, a smaller affair will be held in Emma’s honor this weekend.

Dubbed the Spirit of Emma Crawford Celebration, the one-day festival will include a hearse parade, live music, food and drink vendors and a costume contest.

“It’s a little something to excite the palates of people that can’t bear two years in a row without coffin races,” said Jenna Gallas, special events coordinator with the Manitou Springs Chamber of Commerce.

The annual event typically draws 10,000 attendees coming from around the state and country. That number is what deterred city officials from approving the return of the coffin races, citing the onset of the COVID-19 delta variant in recent months.

“There’s a certainly sad undertone to it,” she said of canceling the coffin races. “But I think people appreciate that something’s happening to celebrate the spirit of Emma.”

Emma is the spooky mascot of Manitou and an overall queen of Halloween. She reached that rank through some unfortunate events, starting with a battle with tuberculosis. She moved to Manitou Springs in 1889 in hopes that the area’s cold water mineral springs would cure her. She didn’t get that wish, but another came true: She was buried on top of Red Mountain in 1891.

Nearly four decades and many harsh winters later, Emma and her coffin slid down the mountainside. As the legend goes, the children who discovered the sight only found casket handles, a nameplate and a few bones.

To honor Emma’s life and the wild events after her death, the coffin races were launched in 1995.

“The story of Emma Crawford is kind of unforgettable,” Gallas said.

That’s why you’ll hear her name all around Manitou, such as during the walking ghost tours happening this month and in a special booklet about Emma’s life on sale from the Manitou Heritage Center.

The biggest way of honoring her has been the coffin races, which Gallas says have helped put the town on the map.

“No one else has done coffin racing as a sport like we do,” she said. “It’s our biggest event of the year.”

This weekend’s celebration will be smaller, with just 500 tickets on sale in order to keep the event at capacity.

“We want to keep the event on people’s minds and keep that Halloween spirit alive,” she said.

Manitou will be home to other themed activities this weekend, including the ghost tours, haunted lantern tours at Cave of the Winds and a Halloween-themed high tea at Miramont Castle.

For those bummed about the lack of coffin races, Gallas says she hopes to make it up to people in 2022.

“We will be back bigger than ever next year,” she said.

What: The Spirit of Emma Crawford Celebration

Halloween events in the Colorado Springs area: Haunted houses, Boo at the Zoo and more

There are numerous ways to celebrate Halloween this weekend around Colorado Springs and the Pikes Peak region: