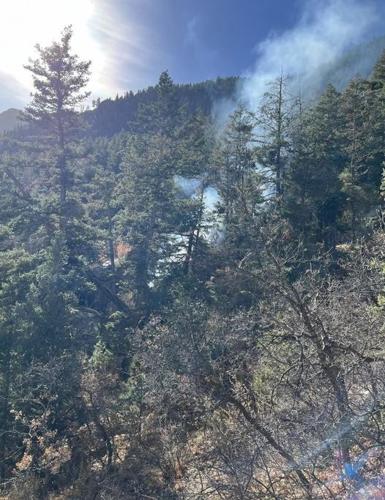 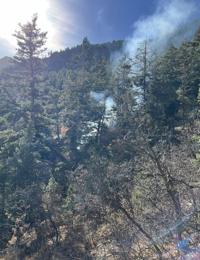 The Manitou Springs Fire Department responded to a fire near the Manitou Incline on Wednesday. 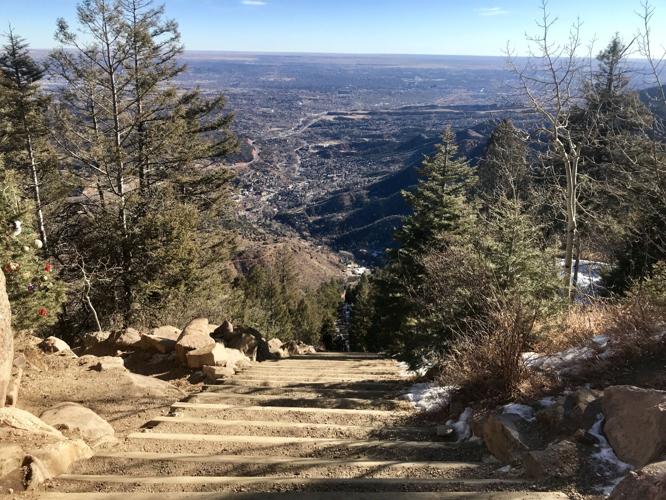 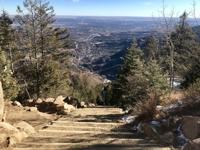 The view atop the Manitou Incline.

The Manitou Springs Fire Department responded to a fire near the Manitou Incline on Wednesday.

The view atop the Manitou Incline.

The Manitou Springs Fire Department is investigating what caused a fire that was quickly contained thanks to the “extreme bravery and courageousness” of nearby hikers Wednesday.

However, fire officials advise others to not follow suit should they come across a wildfire.

The fire department was alerted at 1:11 p.m. of smoke and flames near step 1100 of the Manitou Incline. The hikers contained the fire before 14 firefighters arrived at about 2 p.m.

It is unclear what measures the hikers took in containing the fire since they left once professionals arrived, Manitou Springs spokesperson Alex Trefry said. Though courageous, Trefry said it is never advisable that pedestrians attempt to handle a wildfire. Rather, pedestrians should immediately leave the premises and call the fire department.

“The fire department’s recommendation is always, when you see a fire or smoke, you do not approach it,” Trefry said. “Let the respective department show up that has the proper equipment.”

A red-flag warning was in effect for much of El Paso County, including Manitou Springs, until 7 p.m. Wednesday. A combination of strong winds, low relative humidity and warm temperatures make for critical fire weather.

“The current conditions in our region are very prone to fire,” Manitou Fire Department Chief John K. Forsett said in the release. "Everyone in this region should be extremely vigilant with their daily activities, because in these conditions, fire could spread quickly and dangerously.”

Colorado Springs Fire Department is on the scene of an RV fire that ignited a power pole Wednesday. The hazardous materials unit is also there…