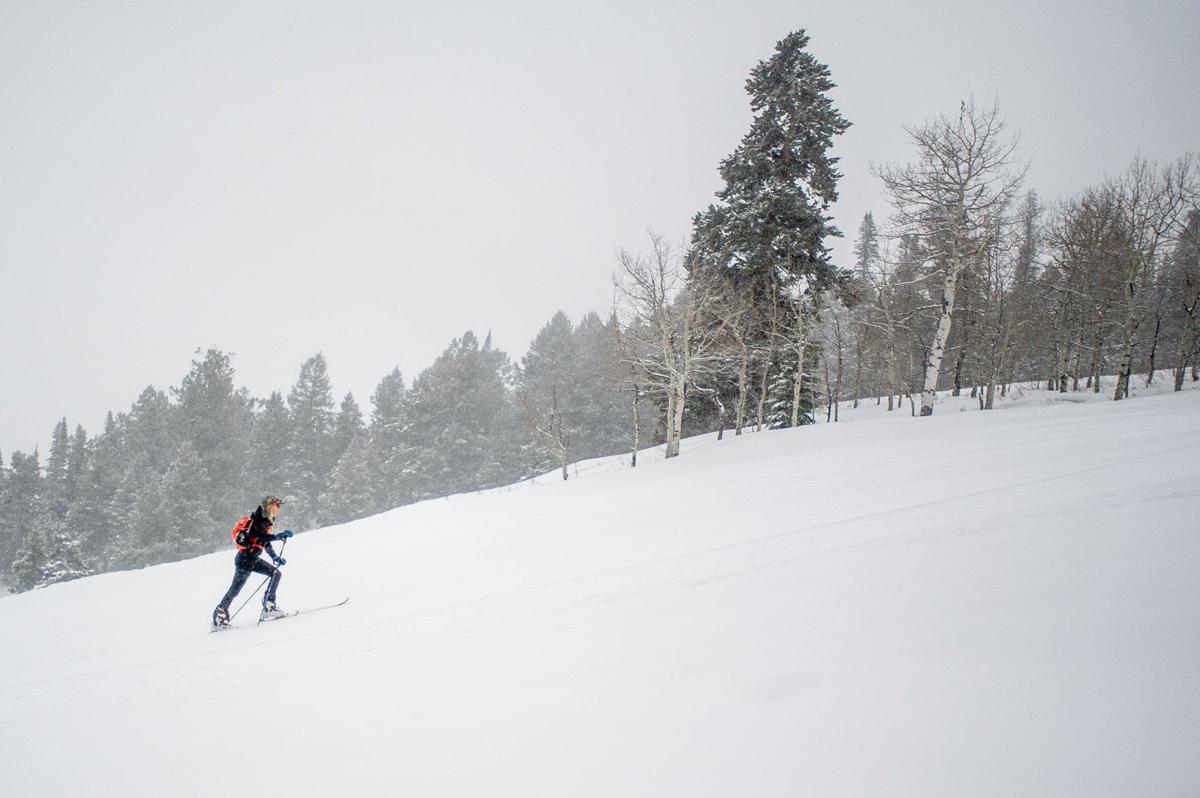 Winter Van Alstine skins up Tiehack on a January morning. 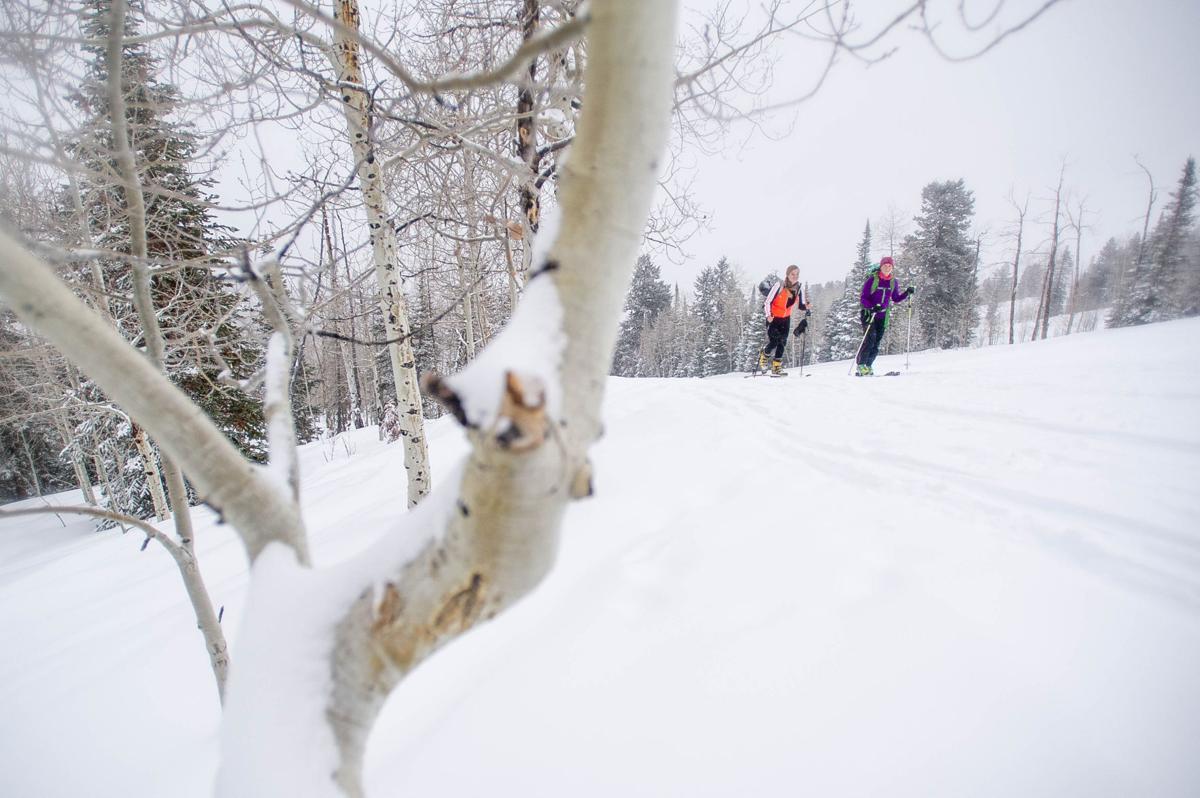 Two women skin up Tiehack on Buttermilk Mountain in January.

Winter Van Alstine skins up Tiehack on a January morning.

Two women skin up Tiehack on Buttermilk Mountain in January.

Casual skiers visiting Aspen are spotting something unusual on the slopes.

The locals are going the wrong way — or so the newcomers think.

“Some people look at it and think this is stupid,” says one of those locals, Ted Mahon. “Like this is crazy.”

But residents with Aspen Snowmass’ four mountains in their backyard don’t need a lift. All they need is leg muscle and sheer will.

The uphill movement in Aspen can’t be called a movement anymore.

On each mountain’s designated route, skinning is as normal to daily life as breakfast. The two tend to go hand in hand in the dim hours before work, when residents drive to the east side of Buttermilk Mountain, parking in the lot made for Tiehack.

They’ll power up the lung-busting pitch, picking up about 2 miles and 1,700 vertical feet. They’ll catch the glorious sunrise and scarf down a bagel or burrito. Then they’ll pick their pleasure coming down: fresh powder here, speedy corduroy there.

“It’s combining a lot of people’s favorite things,” says Kaitlin Piosa, into her second ski season since moving to the valley. Uphilling seemed odd, until she learned it to be “a nice winter alternative” to trail running — a cardio test paired with a ski run.

Under a full moon, Tiehack is the place to be. On Fridays with the sun still low, friends and families of the “breakfast club” make their way to the top for the food served in the restaurant. The day before at 7 a.m., GR Fielding’s coworkers meet in the parking lot, because what builds camaraderie better than a workout and a bonus lap?

So much so that Aspen Ski Co. has Mahon, the seasoned mountaineer and instructor, hosting guests uphill. It’s not too often a tourist expresses interest. But nearby rental shops are happy to supply the gear in the continued celebration of the sport here.

“It’s interesting to see the number of ski areas out there that don’t want to deal with it,” Mahon says, “and I think that’s really crazy, because this is one aspect of the sport that’s definitely growing.”

But skinning is a different story, industry representatives say.

Unlike in the backcountry, participants need not make a major time commitment with the quickly-accessed slopes, nor do they need to fret about avalanches, SIA president Nick Sargent notes.

“Just watch out for the snowcats and follow the designated uphill routes,” he says. “If you can walk up a flight of stairs, you can ski uphill at your local ski resort.”

The industry anticipates more resorts joining the 53 percent that allow uphill travel, according to the National Ski Areas Association. Skinning requires a pass at many of those areas, while Aspen keeps it free with only a few guidelines to minimize conflicts.

Tiehack can be skinned at any time, as can Snowmass, though dogs aren’t allowed during operational hours at any of the four mountains. At Aspen Highlands, uphillers are asked to be above the Merry-Go-Round restaurant by 9 a.m. to continue.

They have to be down by first chair at Ajax, popular among locals for the beastly 3,000-plus feet of vert. That’s Mahon’s go-to before work.

“Get home, jump in the shower, and you already skied a run and got an exercise in,” he says. “It’s a great way to start your day.”

Cowboy church doesn’t simply imply country style and rowdy remarks. The three in Colorado Springs survive on something much more.