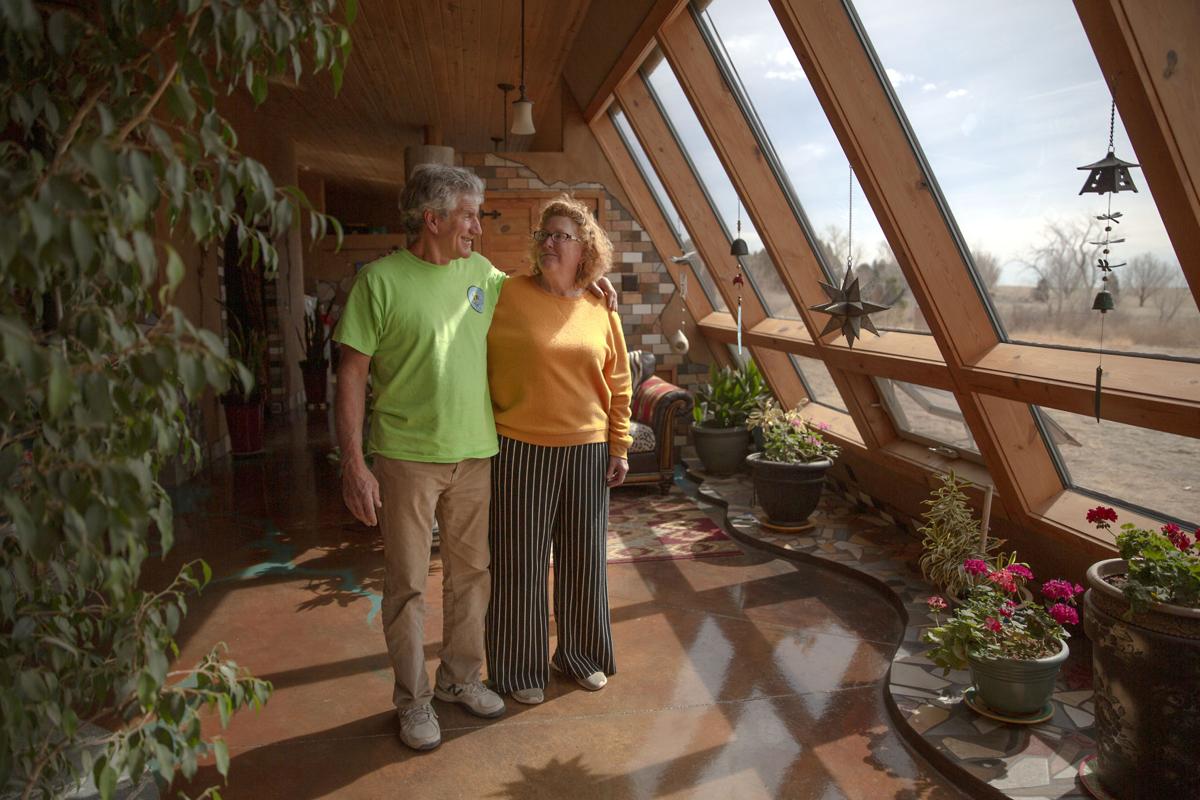 Jim and Stephanie Gagnepain pose inside their passive-solar home east of Colorado Springs. The home is built into the hillside, a technique called “berming” that helps regulate the temperature year-round. Plants flourish in the environment. For a video tour of their home, go to gazette.com. 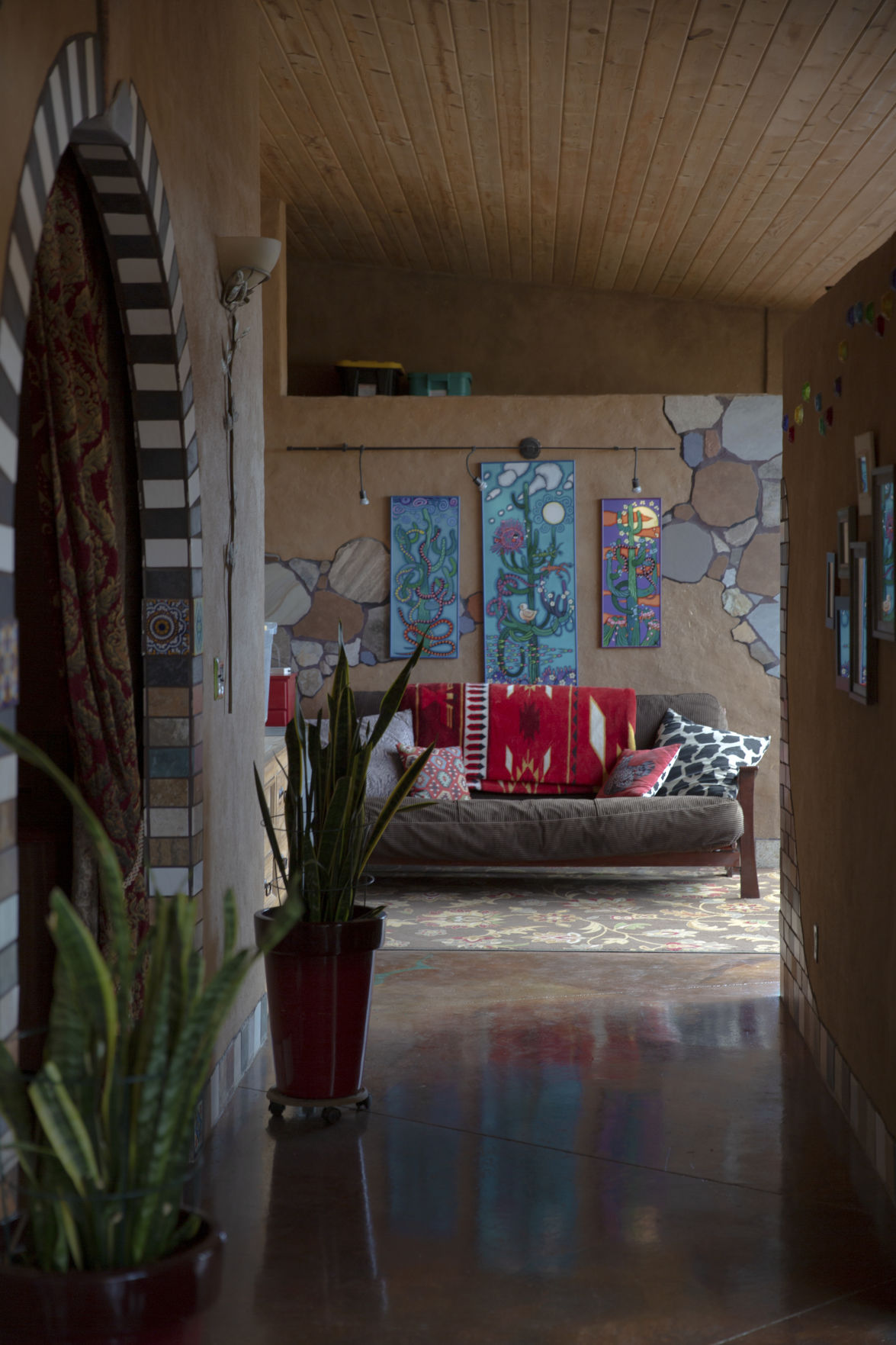 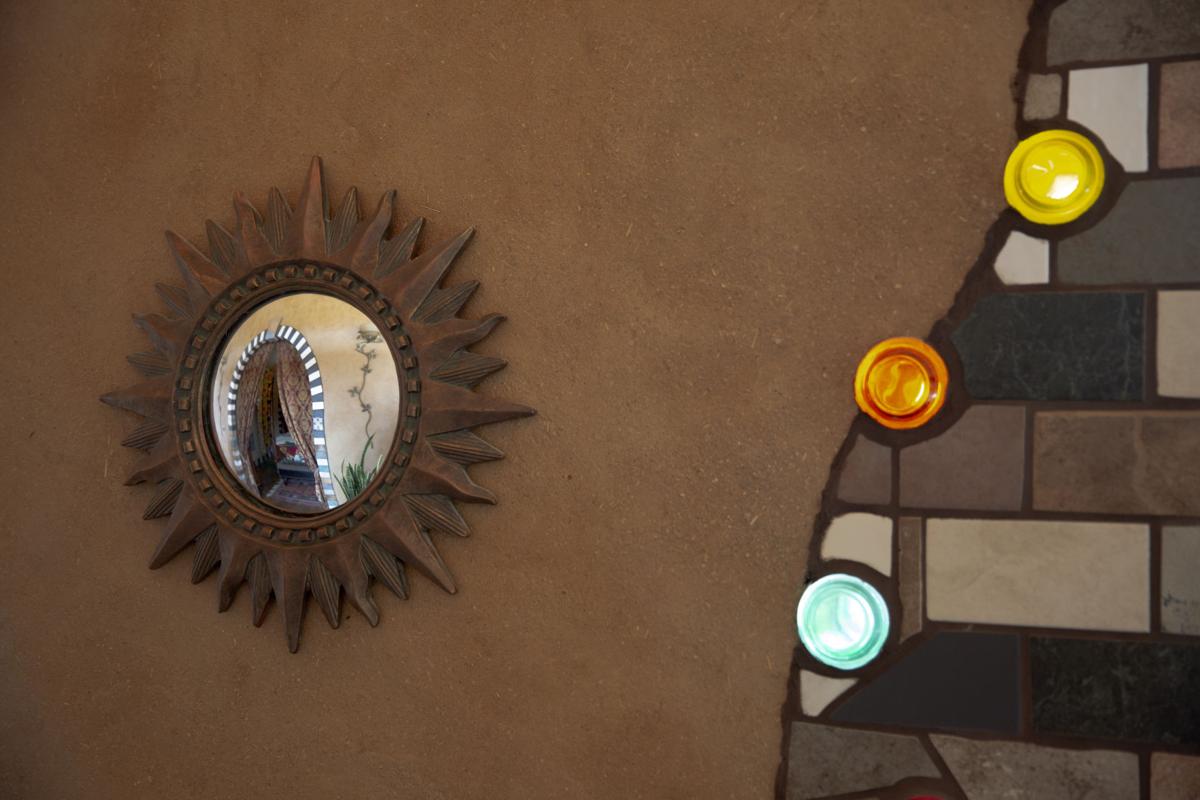 Tea candle votives and recycled tiles add color and decoration to the walls in the Gagnepains’ energy independent home. 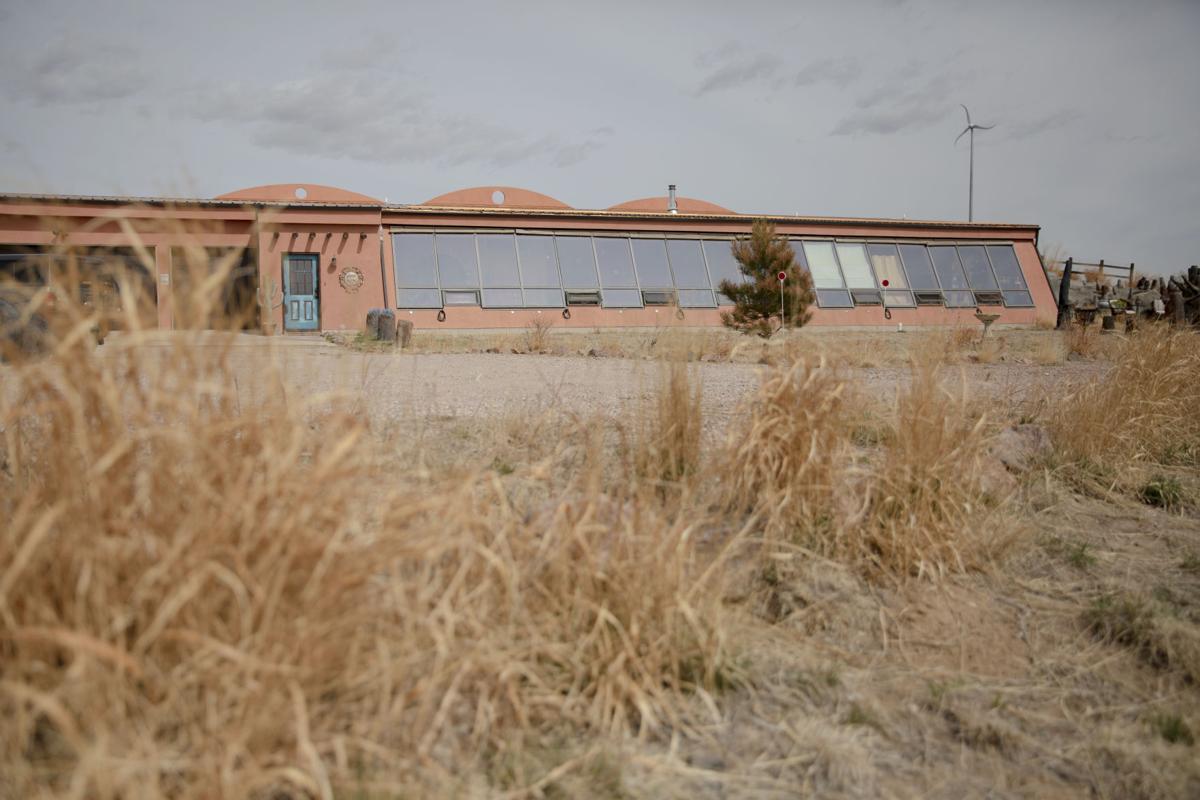 The exterior of Jim and Stephanie Gagnepain’s home east of Colorado Springs.

Jim and Stephanie Gagnepain pose inside their passive-solar home east of Colorado Springs. The home is built into the hillside, a technique called “berming” that helps regulate the temperature year-round. Plants flourish in the environment. For a video tour of their home, go to gazette.com.

Tea candle votives and recycled tiles add color and decoration to the walls in the Gagnepains’ energy independent home.

The exterior of Jim and Stephanie Gagnepain’s home east of Colorado Springs.

Jim Gagnepain calls it “the little bermed house on the prairie.”

He and his wife, Stephanie, built their retirement home in eastern El Paso County. Jim, who has a background in electrical engineering, acted as general contractor, and he and Stephanie did a lot of the work.

Jim had long been interested in a zero- energy home, Stephanie says. And after they spent a night in an Earthship in New Mexico, “I woke up and said ... ‘We’re going to build one of these.’”

An Earthship, as pioneered by architect Michael Reynolds, is a type of solar-passive, off-the-grid home made from natural and upcycled materials. While the Gagnepains’ home is not an Earthship, it follows many of the same principles. They turned to another Michael — Michael Shealy of Black Forest, an engineer known for his Earthship-style homes — for design help.

The Gagnepains sold their home in Fort Collins and found a plot of land east of Colorado Springs through LandWatch.com. The property was far enough away from town to feel isolated, Stephanie says, but close enough for Jim to head into the Springs to play tennis. (“He’s obsessed with tennis,” she says.)

They started work on the house in April 2011 and were able to move in about nine months later. While the interior wasn’t finished at the time, it was done enough for them to secure an occupancy permit.

To begin, excavators dug into the gently sloped land to make a level surface, with the back of the house nestled into the hillside. Walls then were constructed with tire bales, which are made of compressed tires, weigh about a ton each and can be stacked like bricks — with the help of machinery, of course. The bales were shotcreted (covered with sprayed concrete) and an adobe finish was applied over that. Bales also were used for a retaining wall, and Jim estimates they used about 20,000 tires for the entire project.

The south side of the house is largely glass: 46-inch-by-76-inch angled sections with smaller windows underneath some fixed, some able to be opened. The sun streaming through those windows is what heats the house during the day; at night, the principle of thermal mass — the ability of materials such as the tire bale walls and concrete floors to retain heat — comes into play as that heat is released. “You go to bed and then I’ll wake up and kick the covers off,” Jim says. “I’m hot; it’s like the walls are radiating heat.”

The Gagnepains have a wood-burning stove but rarely use it. They also installed inconspicuous electric wall heaters, but only because Pikes Peak Regional Building does not allow passive solar or wood-burning as a primary heat source.

Cooling the home during the summer is more of an issue than heating in the winter. The heat was relentless their first summer, and they had to use two big evaporative coolers to help. Since then, they’ve installed outside shades to keep the heat out; they can lift the shades and open the smaller windows to let in the cool air at night.

Water comes from a well. The appliances are electric; solar panels and a wind turbine generally supply that electricity. The water heater is a hybrid; situated near the windows, it retrieves heat from the air but also can use an electric coil to warm the water if needed.

The Gagnepains are connected to the grid. For the first several years, they ran a surplus, contributing to the grid without taking from it. Now that Jim has an electric car, that surplus is less common. “Some months we take more than we produce and vice versa,” he says.

The couple worked to save money where they could. Stephanie turned to Craigslist for stone sinks; they normally can sell for more than $2,000, but she got them for $99 each.

“All the tile in the house is from ReStore,” she says. “I did all the staining of the concrete floors myself.” Stephanie, who is an artist, also did the tiling along with other artistic touches.

The unusual home raised eyebrows at first. Neighbors who saw the tire bales coming in worried they were building a “junk house,” the couple says. Even the building inspector was dubious in the early stages, Stephanie says. “He just shook his head and said, ‘Whatever.’” Now the common response of visitors is simply awe, they say.

The Gagnepains love their home and tick off several reasons why. With the thick walls, the house is quiet. It offers a great view of the prairie and the wildlife on the south side. There are little or no utility bills. And the warmth and sunlight are great for plants. “They just flourish,” Jim says.

Any drawbacks? Jim concedes that heating and cooling take more effort than pushing a button on a thermostat. And because there’s no escape route through the back, bedrooms are open to the main hall, though curtains provide privacy.

“The biggest drawback,” Stephanie says smiling, “is I never want to leave home. We used to travel a lot. Now I’m not interested in leaving.”

Want to learn more about the Gagnepains' unusual, passive-solar home? Search for "Little Bermed House on the Prairie" on Facebook. To find out more about Earthships, go to earthshipglobal.com.

Solar power from more than 220,000 new panels southeast of Colorado Springs started flowing into the grid this month — enough to power about 2…