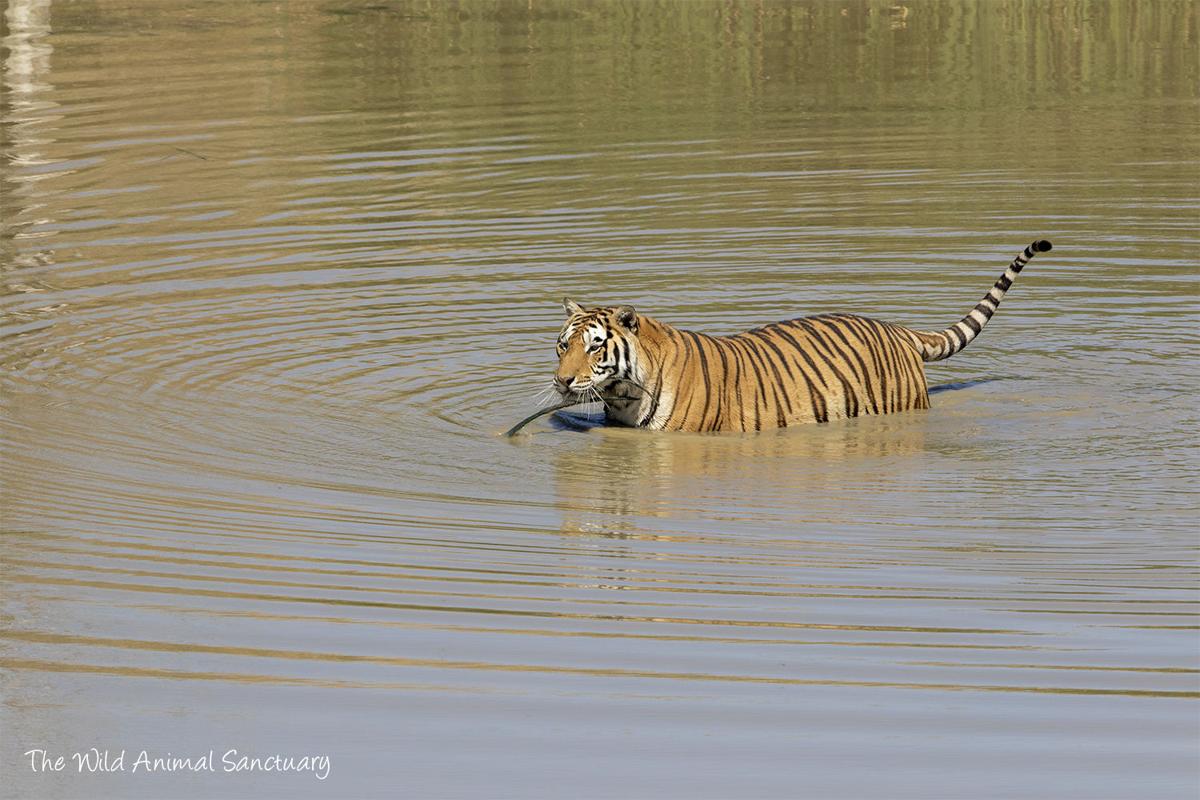 A tiger at the Wild Animal Sanctuary takes a dip in the water on the property in northeast Colorado. In 2017, the sanctuary brought in 39 tigers from the controversial zoo at the center of the “Tiger King” documentary on Netflix. 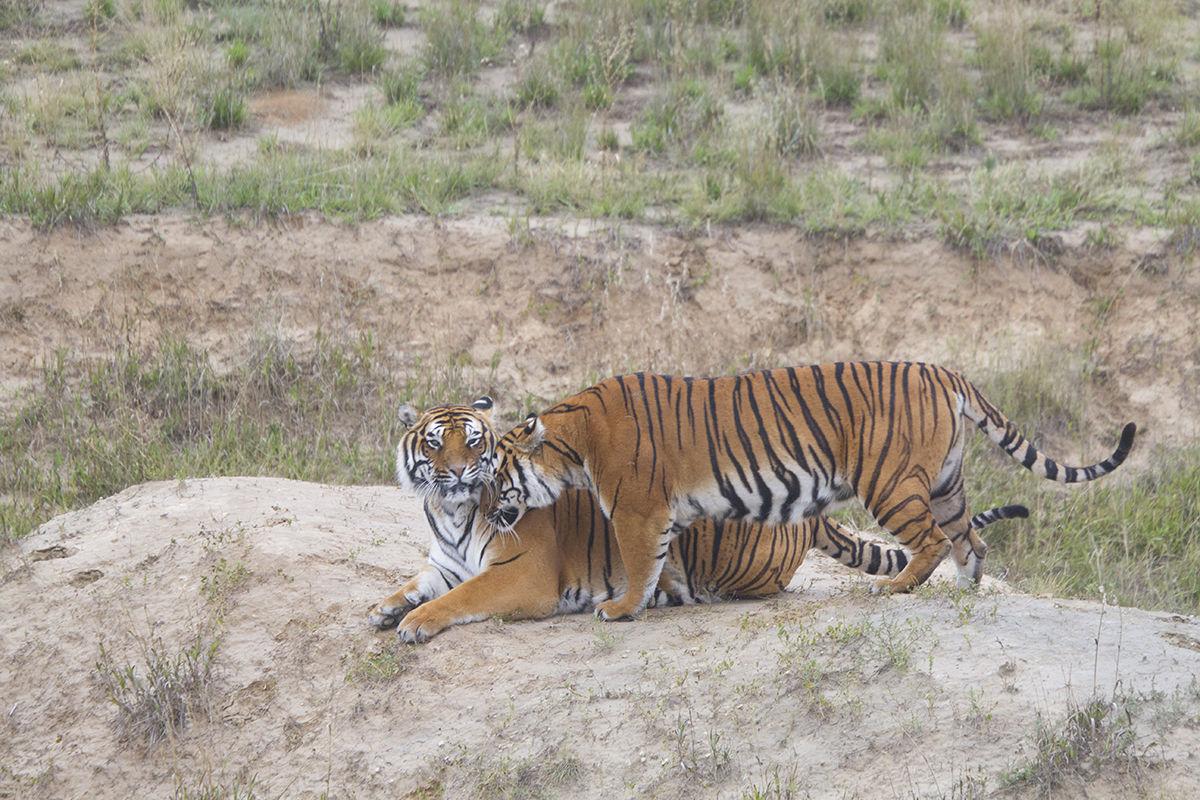 Wild Animal Sanctuary This 720-acre sanctuary in Keenesburg is the nation's oldest and largest nonprofit focusing exclusively on the rescue of captive endangered and exotic large carnivores, providing a home for more than 290 lions, tigers, bears . oh my. Click here for more information 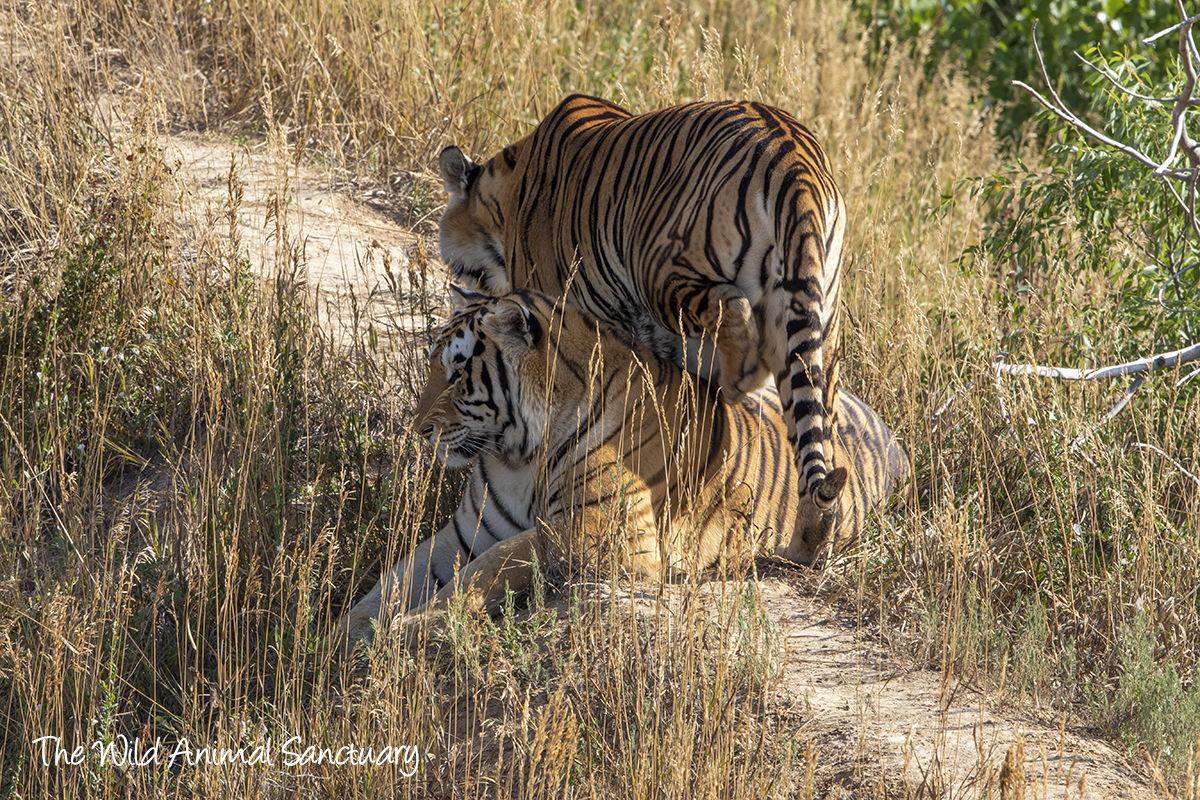 A tiger at the Wild Animal Sanctuary takes a dip in the water on the property in northeast Colorado. In 2017, the sanctuary brought in 39 tigers from the controversial zoo at the center of the “Tiger King” documentary on Netflix.

Wild Animal Sanctuary This 720-acre sanctuary in Keenesburg is the nation's oldest and largest nonprofit focusing exclusively on the rescue of captive endangered and exotic large carnivores, providing a home for more than 290 lions, tigers, bears . oh my. Click here for more information

While the rest of the world learns about Joseph Maldonado-Passage, or Joe Exotic, or the “Tiger King,” as the hit Netflix documentary is titled, Patrick Craig has long been familiar.

“He was obviously such a crazy character that anybody in the animal business knew who Joe Exotic was,” Craig said Tuesday by phone, traveling from Florida with six more tigers for his massive compound in northeast Colorado, the Wild Animal Sanctuary.

“When people would ask about Joe in the past,” Craig went on, “I would say, ‘Well, he’s so extreme, you won’t even believe what I say.’”

21 TV shows to stream while you quarantine

The hundreds of caged tigers seen in “Tiger King?” Those kept at the Oklahoma zoo run by the notorious eccentric who has since been imprisoned for animal abuse and a murder-for-hire plot? Thirty-nine now roam Craig’s renowned 789-acre spread on the grassy plains of Keenesburg, about 40 miles northeast of Denver.

“In fact,” Craig said on the road, “the place we just left a few minutes ago is part of this story.”

The place in Florida, Dade City’s Wild Things, had just surrendered its last tigers after a lawsuit by the People for the Ethical Treatment of Animals. The lawsuit a few years ago first brought Craig to Joe Exotic.

“Anytime one of the shady operations or bad players out there was getting in trouble, Joe was famous for coming in the middle of the night and taking animals to his place,” Craig said. “To try to thwart what was going on.”

By court order, Craig had come to Joe Exotic’s shadowy base to retrieve the 19 tigers he whisked away from Dade City. The Oklahoman reported on the deal with PETA.

This was in 2017, as the events of the “Tiger King” documentary were playing out. Joe Exotic was running to be Oklahoma’s Libertarian governor at the time, before being heartbroken by the sudden death of his husband, before returning to his war with arch nemesis Carole Baskin, CEO of Big Cat Rescue.

Weeks after the first load, Craig said, he was back at Joe Exotic’s zoo to pick up another 20 tigers as part of the PETA agreement. Craig said he would’ve gone back for more, but then he grew wary that something bad might happen. It was tense at the pickups surrounded by Joe Exotic’s rifle-wielding cronies, Craig said.

Back in Colorado, the Wild Animal Sanctuary was busy enough with its 39 new residents. Of the nearly 500 bears, lions, tigers, wolves, leopards and mountain lions on the property, never in Craig’s 40 years had there been such a single influx of big cats, he said.

But the funding was there; the sanctuary’s donations total about $1 million a month, Craig said. The food was there; full-time truck drivers go around to dozens of big box stores collecting expired meat for the animal kingdom’s weekly 80,000-pound feed.

Craig and his staff of 65 people started Joe Exotic’s tigers on the typical “rehab” procedure.

“That’s the thing about Joe and this place in Dade City and everybody out there doing this kind of thing, making money off cubs,” Craig said. “They’re just cranking out tiger babies, and (the tigers) get a really messed up skew of their life. They don’t know what they are.”

Hidden and in the heart of downtown, a violin-maker goes about his job of creating music

Ranging from a couple of weeks to a couple of months, Craig said, the tigers one by one progressed from the similarly small cages that held them at Joe Exotic’s to the sanctuary’s far-reaching, fenced-in fields.

Craig expanded his empire in 2018 with the Refuge, covering 9,684 acres of forested hills and buttes in southern Colorado. This is where the next six tigers from Florida will probably go, Craig said on his drive back home.

It wasn’t quite like a rescue mission at Joe Exotic’s, Craig said. But it wasn’t far off.

“The guy today thought he was Joe Exotic Jr.,” Craig said. “Six-shooter with a Crocodile Dundee hat, walking around screaming with a loaded gun. I hate to say it’s normal for us, but we’re pretty much used to these really insane people.”

No act of kindness is ever too small and one four-legged mountain town resident from Colorado is showing just how far a little kindness can go.