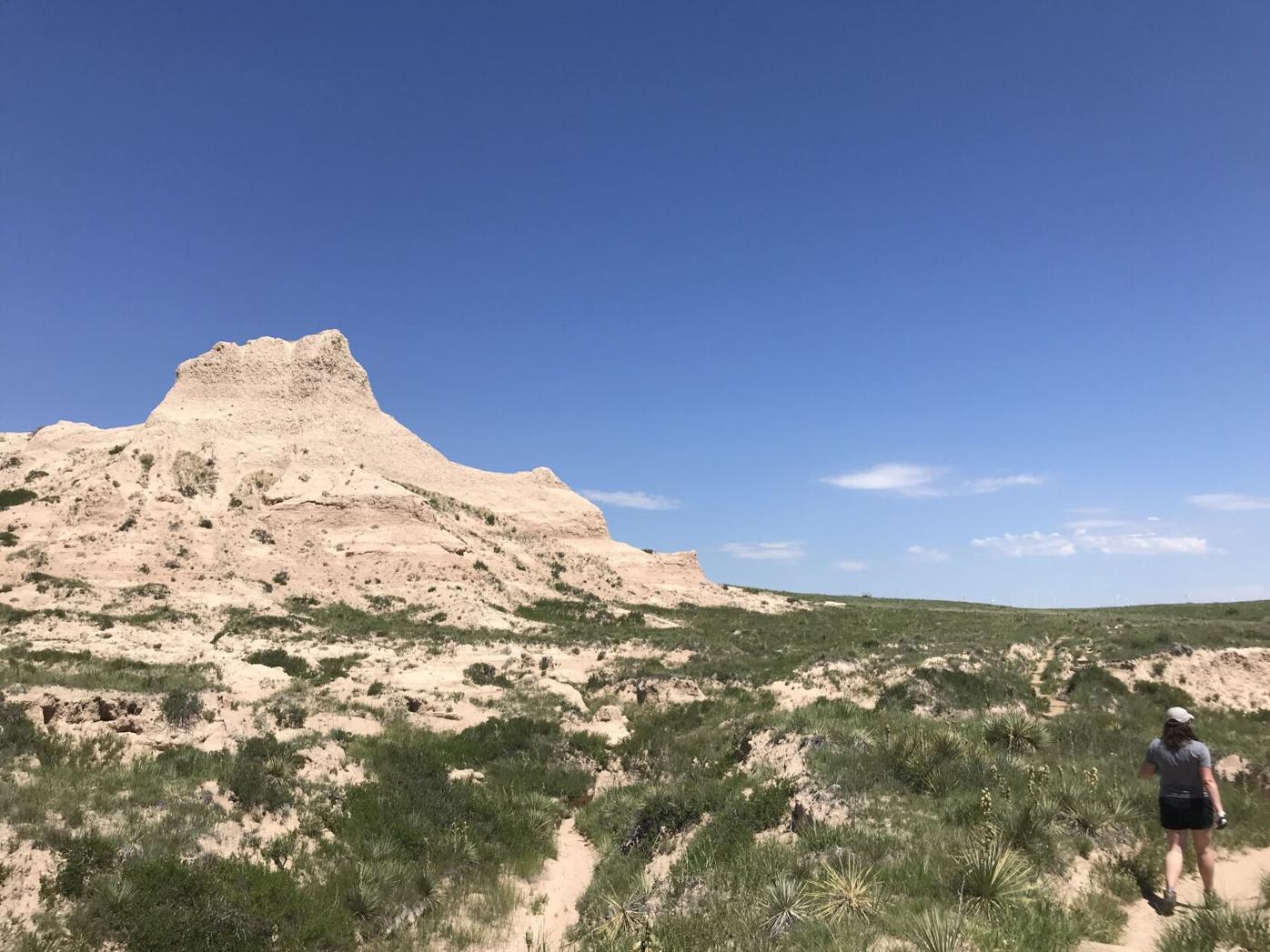 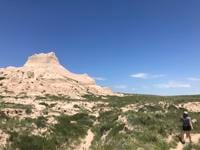 Rock outcrops in view along the trail to Pawnee Buttes in northeast Colorado. 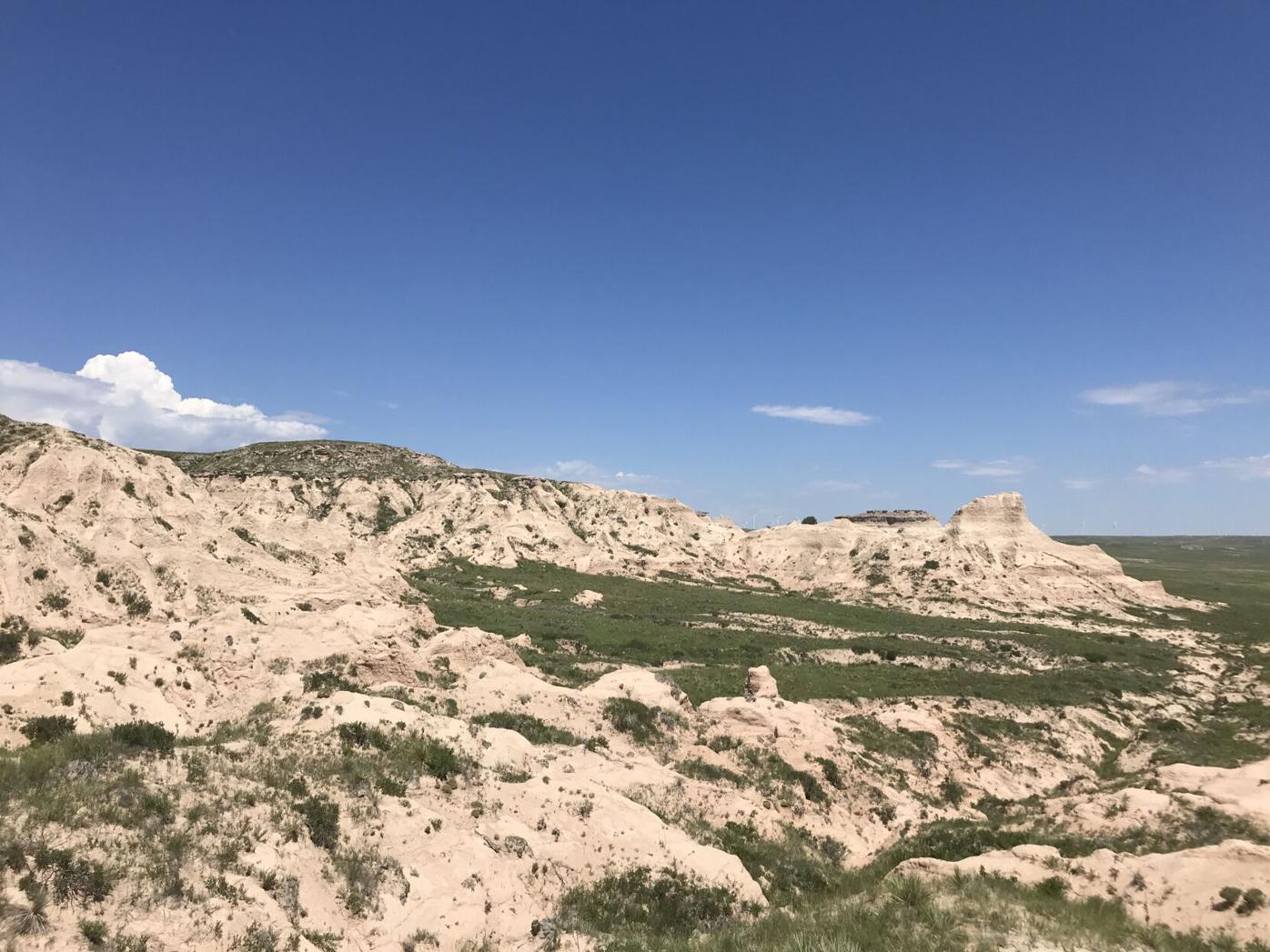 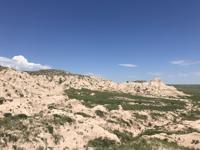 A vast mosaic of rock appears along the trail to Pawnee Buttes in the northeast prairie of Colorado. 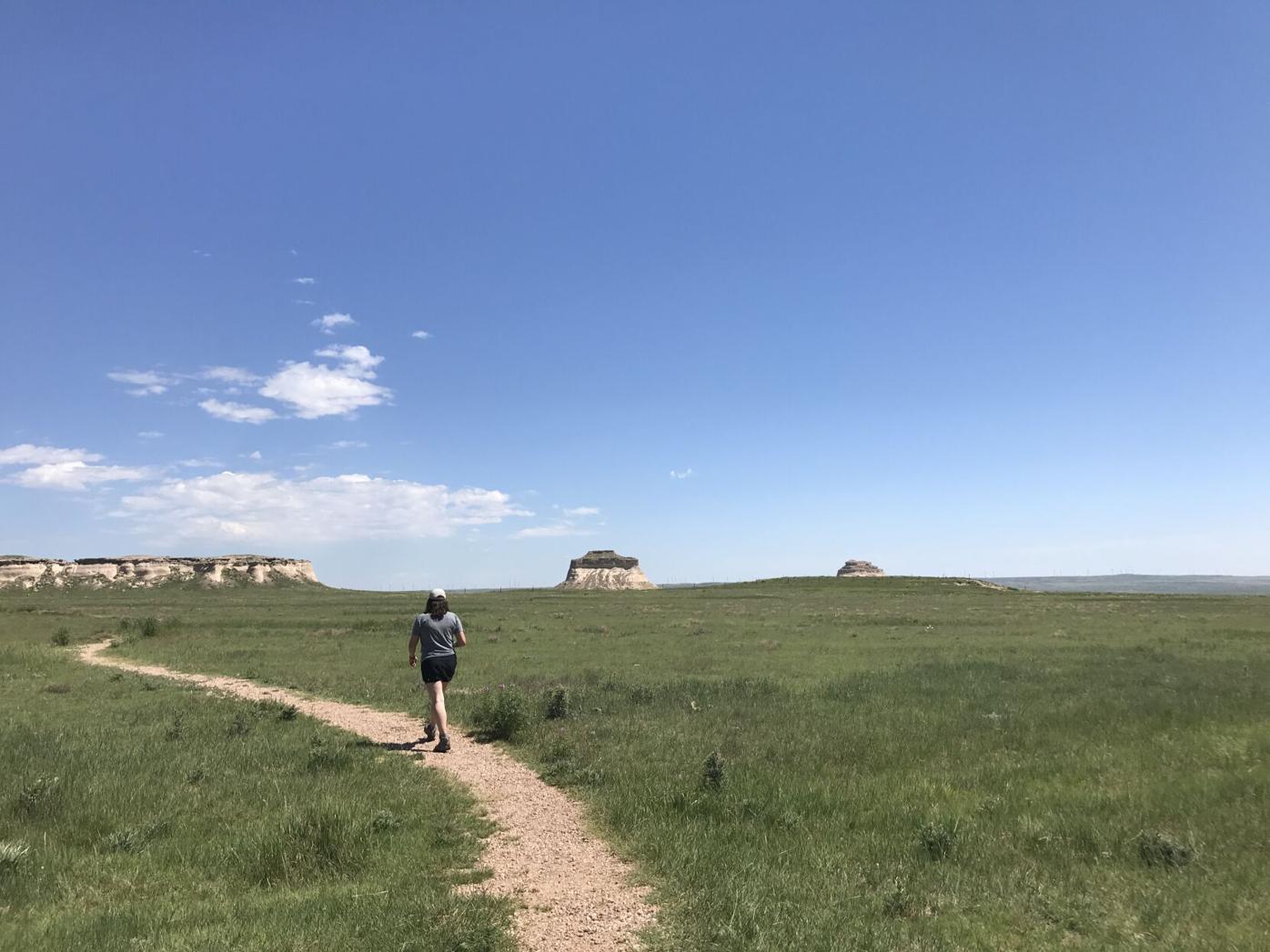 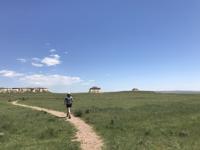 Rock outcrops in view along the trail to Pawnee Buttes in northeast Colorado.

A vast mosaic of rock appears along the trail to Pawnee Buttes in the northeast prairie of Colorado.

WELD COUNTY • A man is more than 100 miles and seemingly a whole world away from his home city of Denver. He drove north and far east to get here, the mountains like a hazy mirage in his rearview window and Colorado’s opposite landscape widening ahead: all prairie and sky.

The man has reached the end of a trail familiar to him and unfamiliar to most. He has reached the Pawnee Buttes. They are a pair of startling, rock castles appearing to float over the plain, storied flattops that rise 300 feet up out of nowhere.

The man reports this is his sixth visit.

He is the only one around this Saturday morning. Perhaps he is the only city dweller willing to make the trip today via one turn on gravel road after another.

Similar to the sloping wilds to the west, Pawnee National Grassland has a certain, foreboding beauty that only isolation affords. It is strange to find picnic tables and pavilions at the trailhead along with a sign that posts a map, handy for the disoriented wanderer. The sign also informs of nearby amenities: the closest gas 30 miles away in Briggsdale; the closest grocery store 56 miles away in Ault; the closest hospital 73 miles away in Greeley.

“Feel the wind on your face,” another sign directs. “That same wind has historically been utilized for energy — from the small traditional windmills used to to provide water for grazing cattle to the large turbines in the distance ...”

The turbines stand out by the Wyoming and Nebraska borders. They break the sky backdropping Pawnee Buttes.

They haven’t been enough to stop Colorado’s most famous nature photographer from returning to the view.

“The buttes are one of my favorite places on Earth,” says John Fielder, who features them in his upcoming book, “Weld County: 4,000 Square Miles of Grandeur, Greatness and Yesterdays.”

Fielder has always found a surprising abundance of color and life here. Some 500 types of plants and some 300 birds have been recorded across the national grassland. They contribute to the radiance, along with butterflies that dance along the 2-mile trail to the base of the sandstone towers.

The buttes recall uplift from an ancient sea. They and their environs have stored the remains of marine monsters and early mammals such as three-toed horses, bull-sized pig look-alikes, rhinoceros-like beasts and giraffe-like camels.

The once-proud bison are long gone. Once upon a time there were gray wolves and grizzly bears around, too. Now the occasional pronghorn prances. “Today, the most conspicuous animal on the prairie is the domestic cow,” reads the website of Friends of the Pawnee National Grassland.

The group provides a brief note on the plight of North America’s shortgrass prairie. It is believed about half of the original prairie has shrunk in the face of agriculture and development.

The trend followed the Homestead Act of 1862. The pioneers forged ahead with their plows and now-crumbled settlements. The act that sent them was abused in the next decade. A history prepared for the U.S. Forest Service details a proliferation of barbed wire fences along disputed property. Some of this was settled later during the Great Depression, when the government bought out broke farmers in an effort to preserve the historic land.

“This was not accomplished without trials, anger and frustration,” according to the history. “Attempts were made to have the land returned to private ownership but were defeated. The deep-seated individualism of the westerner made it difficult for them to accept change.”

The Cold War brought fear that fueled an underground nuclear launch center in the vicinity. Earlier, in 1954, the Soil Conservation Service transferred the land to the Forest Service. The national grasslands were established in 1960, the same year the Multiple Use Sustained Yield Act reaffirmed the right of extraction on public acreage.

“This once remote part of the Great Plains is now fully engaged in the new production of energy,” wrote a native of the area, Allan Best, in a High Country News column in 2012.

They seem far away, divided from everything. But “Pawnee Buttes has never been completely apart from the forces of the broader world,” Best wrote.

But it’s easy to imagine. It’s easy for the man finishing his sixth visit here. This might be his last, he says. He’s moving away soon.

“I wanted to see the buttes one more time,” he says.

Pawnee Buttes in northeast Colorado can be reached by taking Colorado 14 off Interstate 25 near Fort Collins. Go about 50 miles east on 14 to left turn for County Road 105 (passing the sign pointing to 103). In about 4 miles, veer right for gravel 105. Reach CR 104 and turn right. Go 3 miles to left turn for CR 111. Go 4 miles, staying straight for right turn for GDR 685 and follow 2 miles to trailhead.

Roads deteriorate in rain but otherwise passable by passenger vehicle. Signs direct to Pawnee Buttes, but don't count on them being there. Fill up on gas before heading out on 14.

For more detailed information and tips, go to https://bit.ly/3ho5IuH

For a video along the trail to Pawnee Buttes, go to gazette.com

5 spots for wildflower viewing in Colorado

'Tis the season when shutterbugs fill their tanks and hit the road, bound for some of the best nature photography Colorado has to offer for a short time only.

But a camera isn't required to enjoy the state's wildflowers. The images won't soon leave your memory.

The best displays typically show in July and August across the high country.