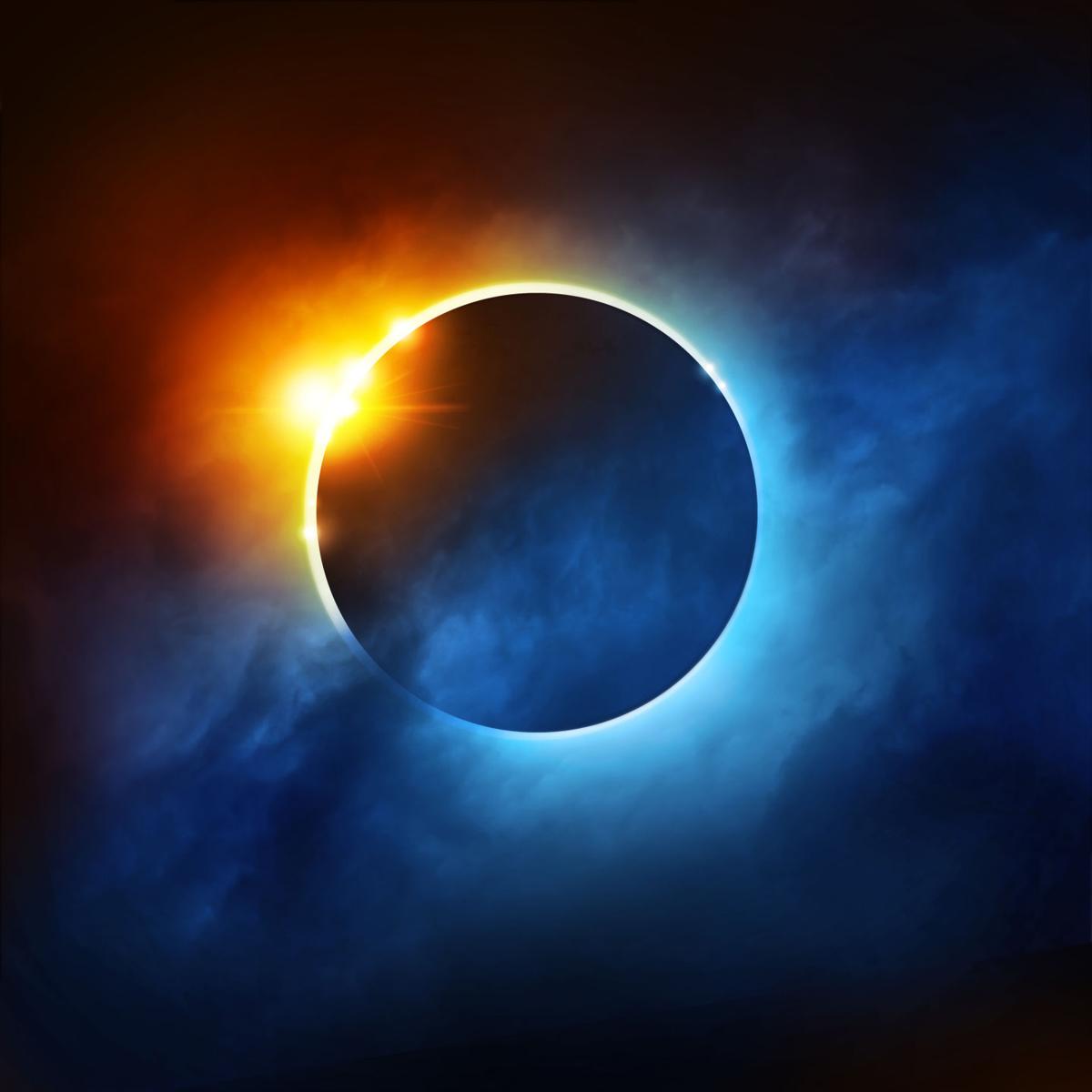 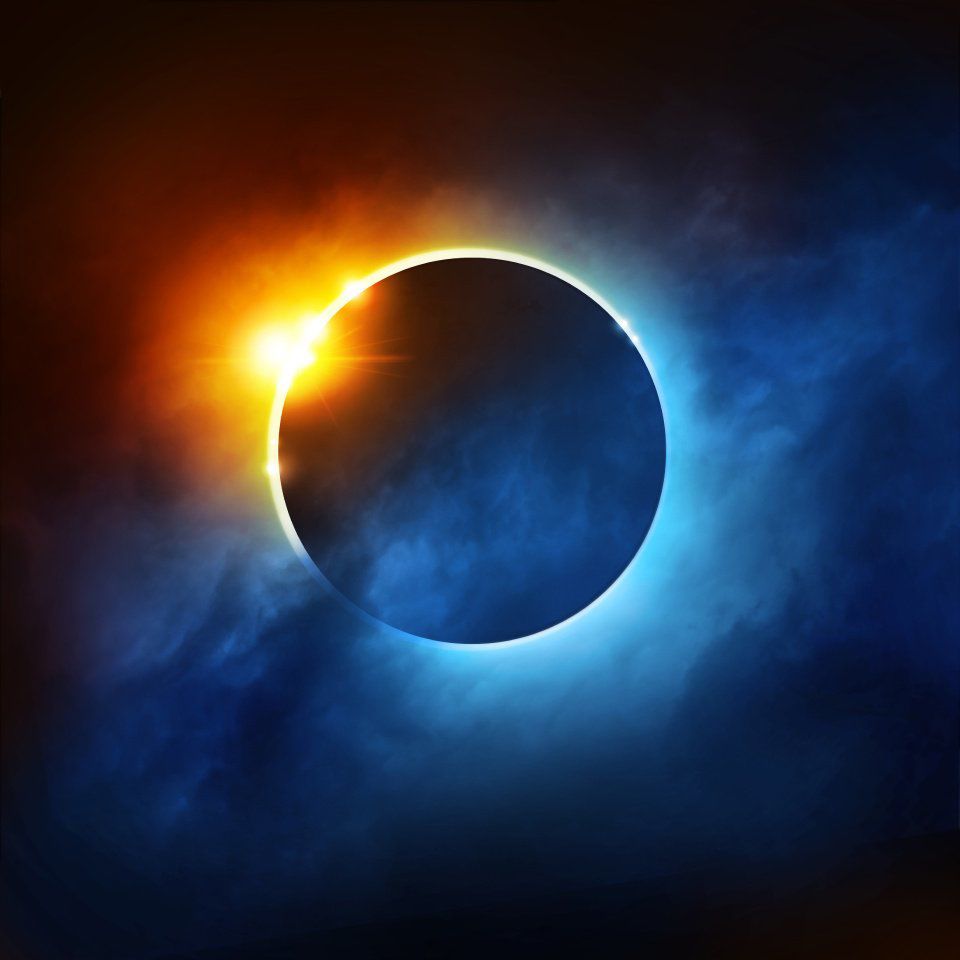 On Aug. 21, in the middle of the day, the sky will go dark. The temperature suddenly will get several degrees colder. Birds will stop chirping and retreat to their nests. And tens of millions of people, crammed into a 60-mile-wide path that crosses from Oregon to the Carolinas, will stand in America looking up at the sky.

It's easy to understand why many people will view this as an act of God.

The total solar eclipse that will cross America this summer - an event that last happened 99 years ago - will be an important moment for scientific observers and a massive nationwide spectator event. For many people of faith, it also will be evidence of God's majesty - and even, to a few, a harbinger of the coming end of the world.

"I don't think it's an accident that God put us human beings here on Earth where we can actually see total solar eclipses. I think God wants us to make these discoveries," said Hugh Ross, who is both an astronomer and a minister. "I would argue that God on purpose made the universe beautiful, and one of the beauties is a solar eclipse."

Ross will be leading a trip to watch the eclipse for about 80 people interested in finding spirituality in science. They'll travel down a dirt road into a field in eastern Oregon, where they will wait for the sun to be blotted out. Across the country, other church groups will do the same.

Total darkness for some

A solar eclipse isn't all that rare. The moon always is rotating around the Earth, while the Earth rotates around the sun. Usually the moon appears slightly higher or lower than the sunlight hitting the Earth. But twice a year, it's right smack in front of it, and the moon blocks out the sun during the daytime, and that's at least a partial solar eclipse.

When a total eclipse occurs, the shadow falls on only a tiny part of the Earth, about 60 to 100 miles wide, and then moves about a thousand miles over the course of a few hours. Because so much of the Earth is water, this almost always happens over an ocean.

The last total solar eclipse visible from the continental U.S. was in 1979, and it was only over a corner of the Pacific Northwest.

Something like this summer's event, where so many people on land can see a total solar eclipse, is exceptionally rare - although the U.S. actually will experience another one, crossing an opposite diagonal swath of the country, in 2024.

This August, the "path of totality" cuts across the entire country, and every single spot in the continental U.S. will see an eclipse up to 60 percent.

That means that anyone in the country can step outside and see some darkness on that Monday in August. But eclipse-watchers - including Jay M. Pasachoff, a Williams College astronomer who has traveled around the world to witness an astonishing 65 eclipses - say that one truly has to see totality to grasp the awe-inspiring nature of an eclipse. Even 99 percent, Pasachoff said, is nowhere near as dramatic as the moment it totally goes dark, which will last for up to 2 minutes, 40 seconds.

"You have to be in totality to do it. Basically the universe gets a million times darker," Pasachoff said. "It is absolutely necessary to be in the path of totality. It's a poor second to be off to the side."

For Ross and other clergy planning to showcase the eclipse as both a scientific and a religious event, that stunning experience of seeing totality is an opportunity for discussing God's handiwork. When Ross was a researcher at the California Institute of Technology, he would take his fellow scientists on hiking trips in the Sierra Nevada, he said.

"When they would say, 'Yeah, it's gorgeous,' I would say, 'Why is it so beautiful?' It would always lead to a discussion about the Christian faith," he said. For that reason - the opportunity to use natural beauty as a tool for evangelism - he thinks this eclipse will be a popular Christian event. "A lot of leaders of churches are going to be encouraging people," he said, to go see the eclipse in August.

It's certainly not only church leaders who have that idea. Visitors from as far as Europe and Asia started booking hotel rooms months ago in sleepy little corners of Wyoming and Idaho where they will be able to see the eclipse.

The population living in that long path of totality, from Oregon to the Carolinas, is about 12 million, by the count of Angela Speck, co-chair of the American Association for the Advancement of Science's task force on the 2017 eclipse. Speck says another 12 million or many more easily could visit for the eclipse date. Nearly everyone in the continental U.S. lives within one day's drive of the eclipse path - so if 4 percent of the country decided they wanted to drive to the right spot that day and see the sun go dark, 12 million would turn to 24 million overnight.

There's precedent: In 1991, Speck said, so many people tried to enter Mexico to see a total eclipse that the country closed parts of its borders.

In certain religious communities, the talk surrounding the eclipse has to do with a different sort of preparation. Gary Ray isn't worried about just travel plans and adequate eye protection. He's focused on the Rapture.

Ray, a writer for the evangelical Christian publication Unsealed, views this eclipse as one of several astronomical signs that the day when Christians will be whisked away from the Earth is fast approaching.

"The Bible says a number of times that there's going to be signs in the heavens before Jesus Christ returns to Earth. We see this as possibly one of those," Ray said about the eclipse.

He is even more interested in another astronomical event that will occur 33 days after the eclipse, on Sept. 23.

The Book of Revelation, which is full of extraordinary imagery, describes a woman "clothed with the sun, with the moon under her feet and a crown of twelve stars on her head" who gives birth to a boy who will "rule all the nations with an iron scepter" while she is threatened by a red, seven-headed dragon. The woman then grows the wings of an eagle and is swallowed up by the earth.

Ray says that image will be created in the sky Sept. 23. The constellation Virgo - representing the woman - will be clothed in sunlight, in a position that is over the moon and under nine stars and three planets. The planet Jupiter, which will have been inside Virgo - in her womb, in Ray's interpretation - will move out of Virgo, as if she is giving birth.

Astronomers don't see this as a particularly unusual event. But to Ray and others, it could be the sign that the Rapture is ready to happen: "We think it's God signaling to us that he's about to make his next move."

And Ray thinks the two eclipses that are slated to travel across the U.S. in 2017 and 2024, together marking an X across the nation, could be the starting and ending signs bookmarking a seven-year period of awful tribulations that Revelations says waits in store for nonbelievers who are left behind on Earth when the Rapture occurs.

Therefore, the eclipse preparation that Ray recommends is a bit different from the scientists' association's advice.

"My No. 1 encouragement to people would be to just trust God. More importantly, to trust the right God," he said, warning that those who do not believe when the day of the Rapture comes will be left behind to face the tribulations.

"If people want to be ready, the one thing you can do is accept what he has offered, which is the gift of grace and forgiveness. That's all we have to do to be ready."