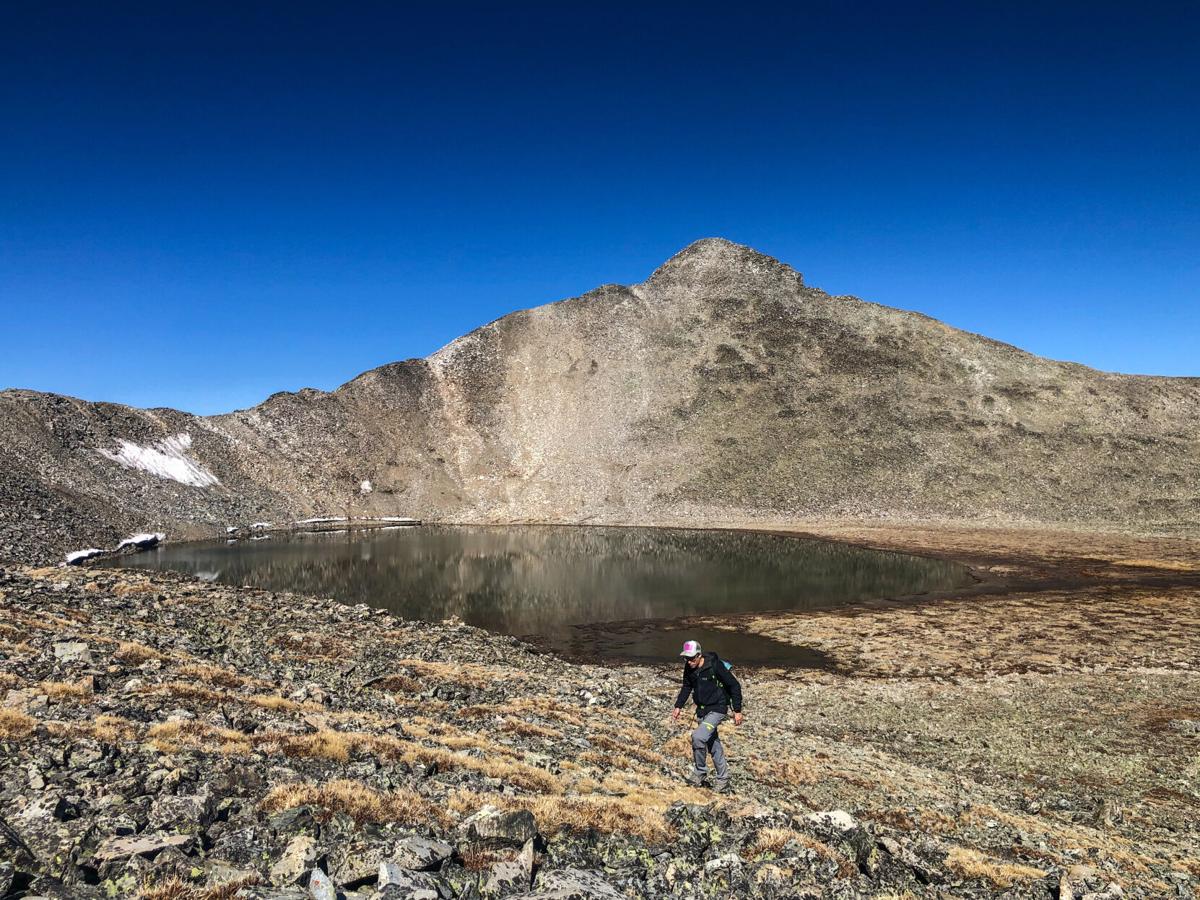 A look at the highest lake in America. Photo Credit: Spencer McKee. 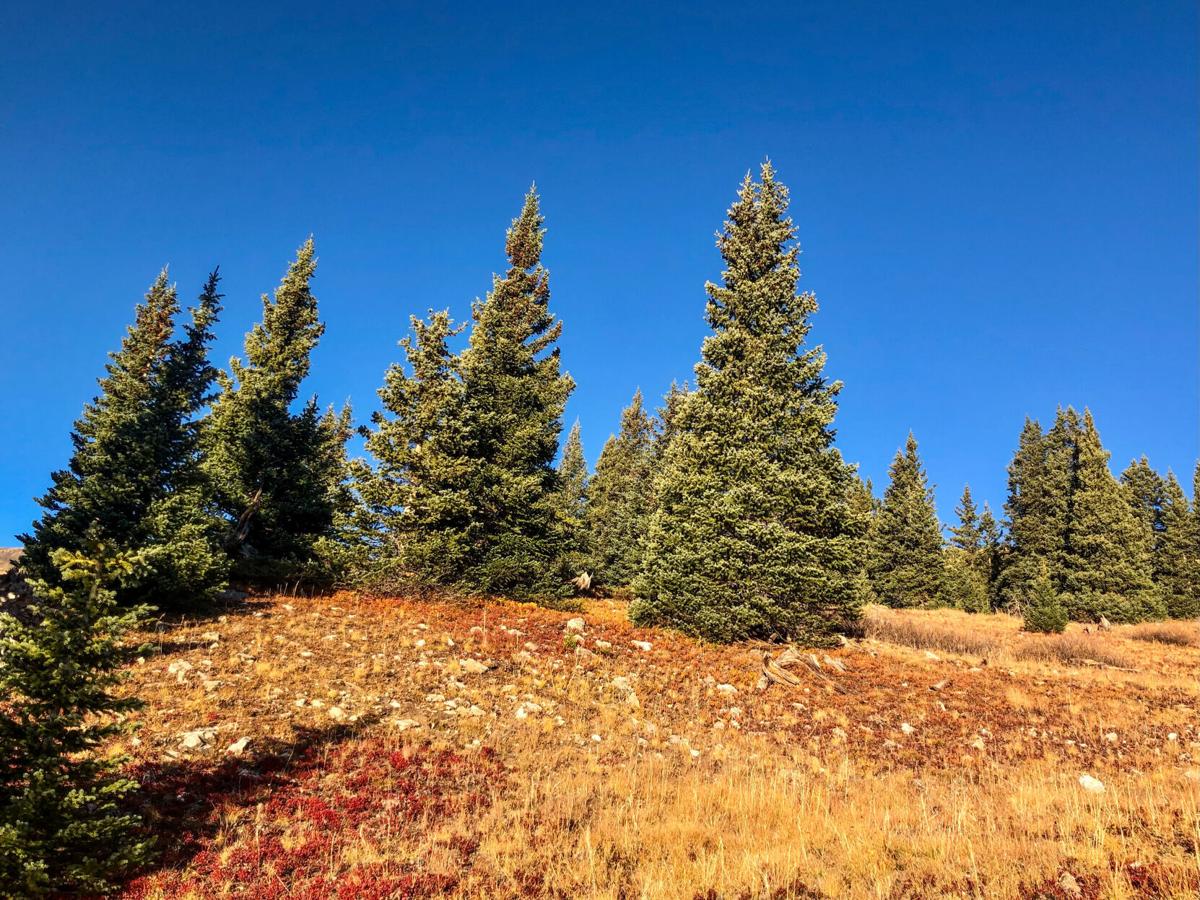 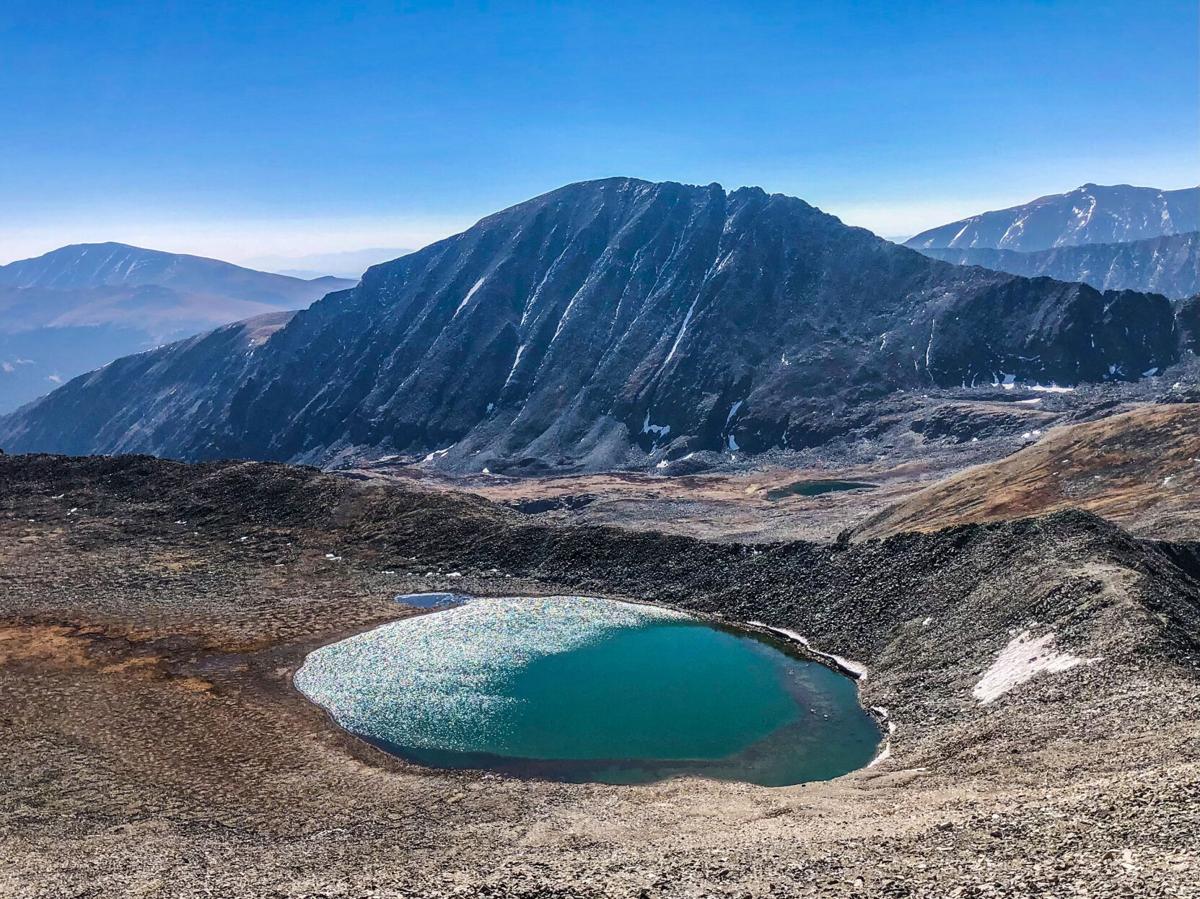 Looking down at America's highest alpine lake from a nearby peak. Photo Credit: Spencer McKee 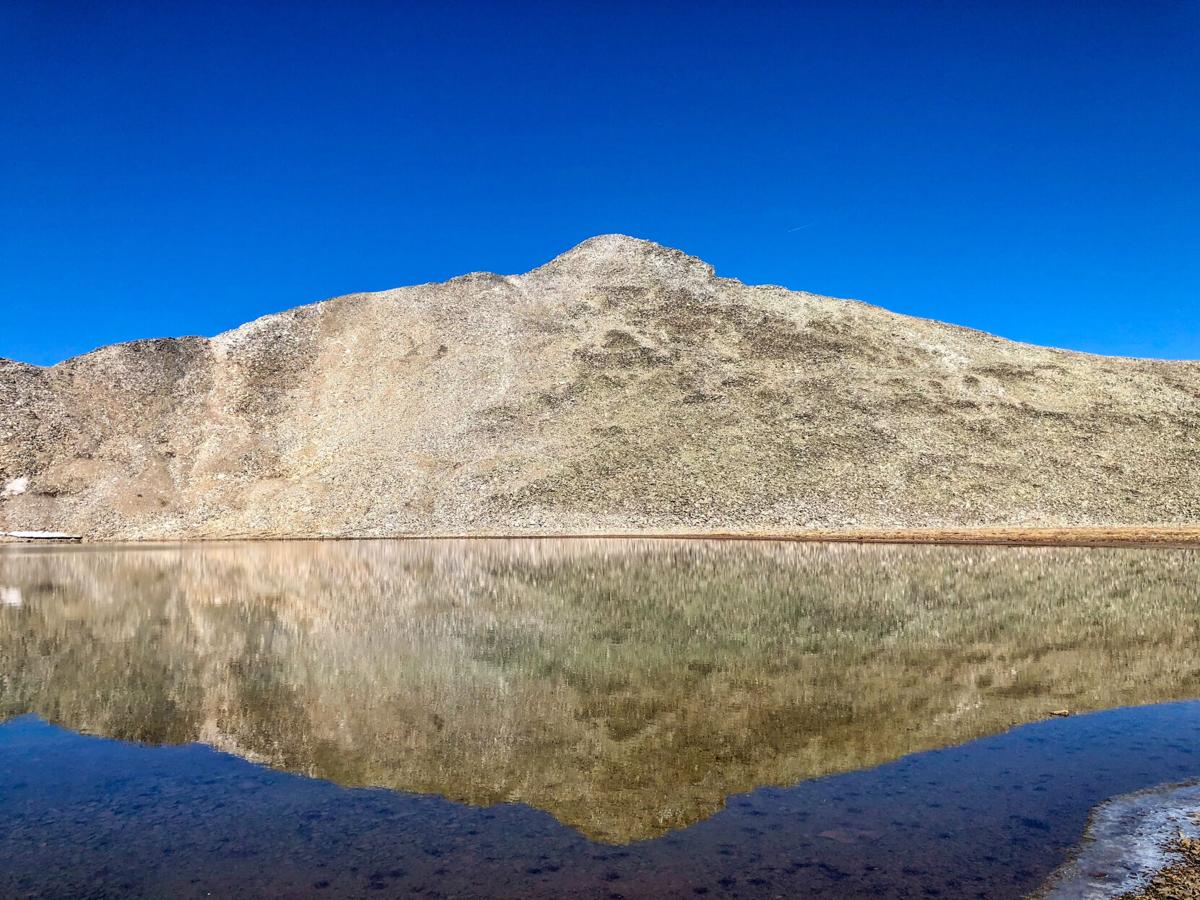 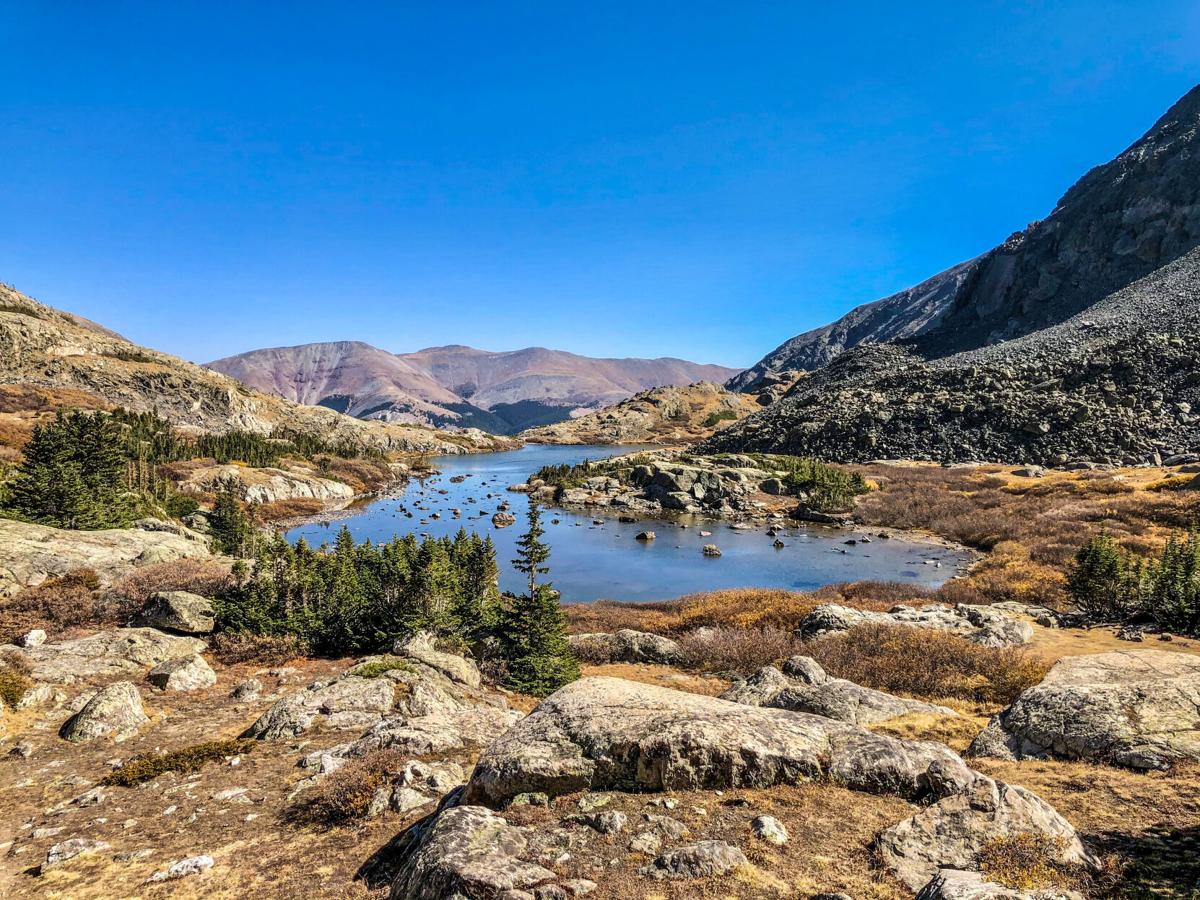 A lake spotted somewhere along my route to and from Colorado's highest lake. Photo Credit: Spencer McKee. 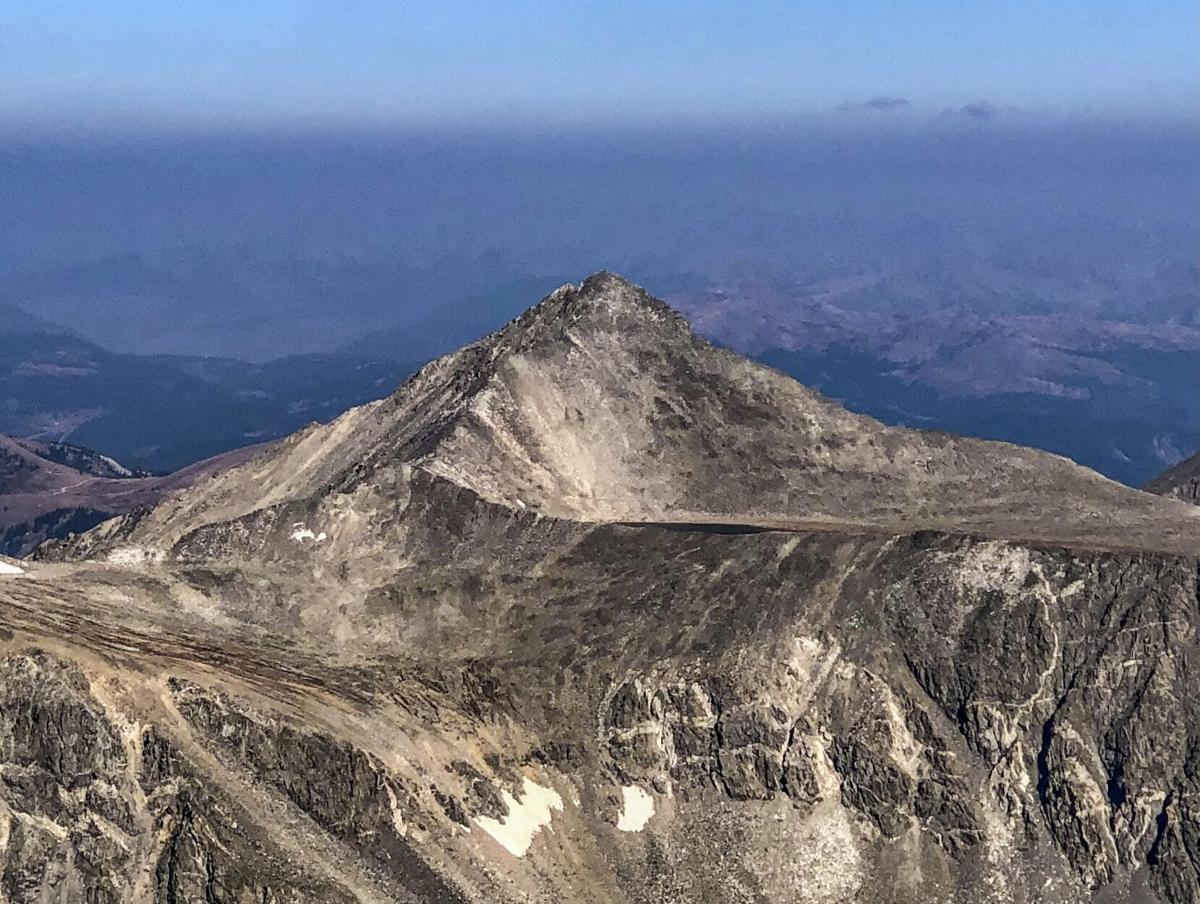 The lake and peak above the lake as seen from a nearby mountain. The lake is the thin line that's barely visible above the horizontal ridge mid-frame. Photo Credit: Spencer McKee. 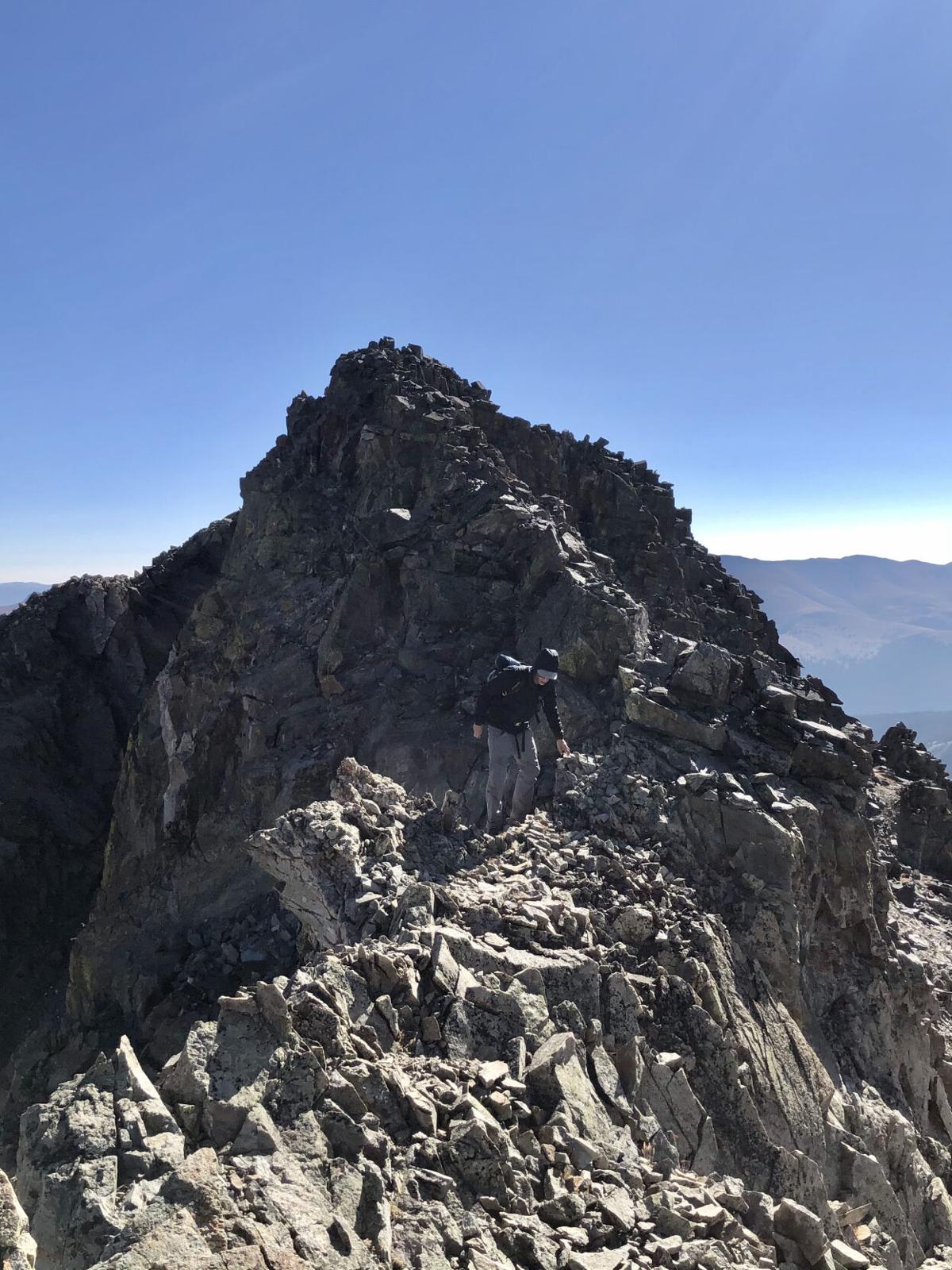 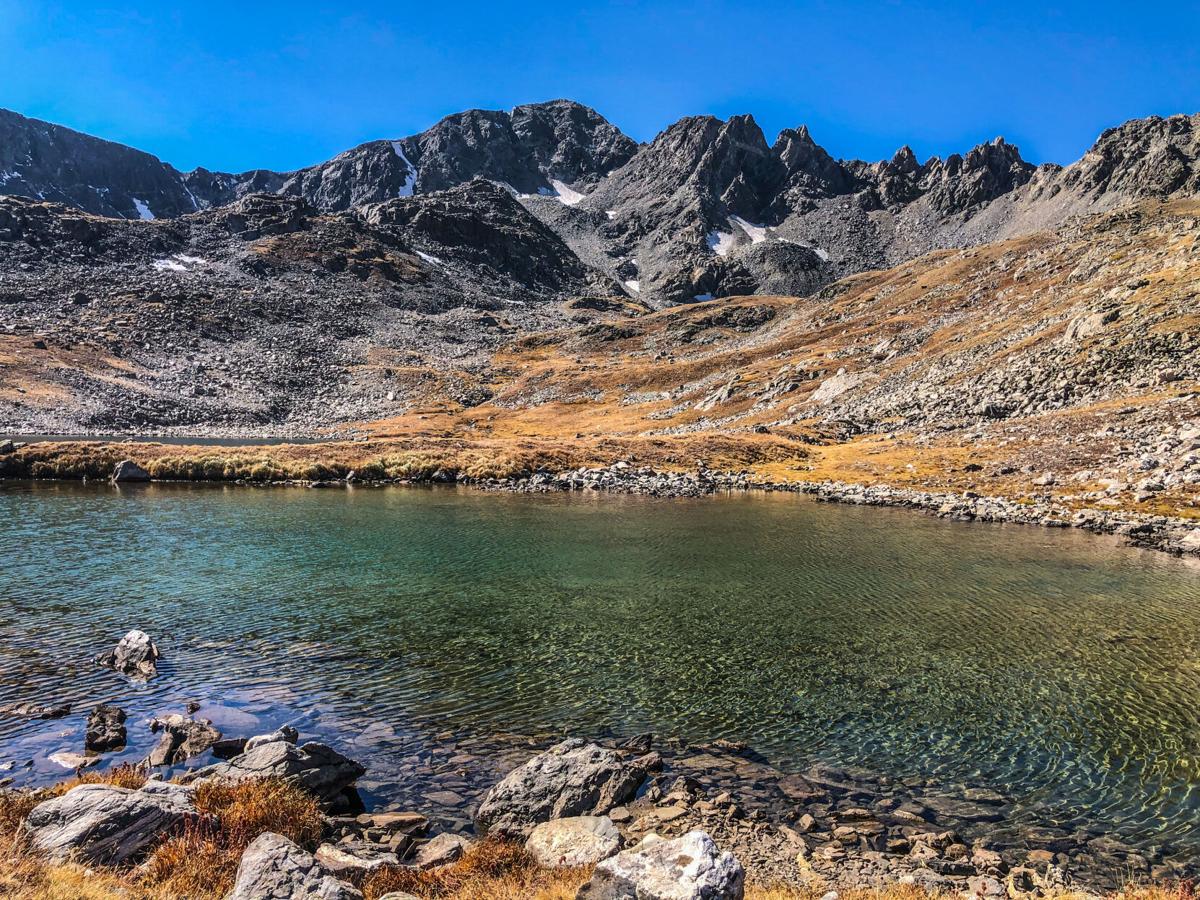 An alpine lake along my route. Photo Credit: Spencer McKee

Reaching America's highest-elevation lake is a mission few take on. Found in Colorado at 13,435 feet above sea-level, according to the United States Geologic Survey, the journey to this alpine destination is remote and rugged, and the area desolate. However, for the daring, the scenic solitude found along its shoreline is well worth the risk and physical strain that it takes to get there.

As I stood on top of a popular fourteener the weekend prior, I couldn't help but gaze at an alpine lake beneath a dramatic peak in the near distance.

I knew this lake well – Colorado's highest lake and the highest officially designated "lake" in America. Visiting the lake had long been on my bucket list, but season after season, the trip slipped by. Amid the weekend crowd on that nearby 14,000-foot summit, I decided I would no longer let this adventure get pushed to another summer.

After mentally committing to reach the destination, I took to social media to ask others for feedback on the route – out of thousands across my networks, I got just two replies. Details online were equally sparse. Regardless, I was able to piece together a route that made sense – one that traveled up a jagged class three ridge with big exposure before looping down through an alpine lake-filled gulch. Both segments had different trailheads, meaning I'd also be tacking on the additional mileage to connect them in order to retrieve my car.

The first portion of the climb was complicated by a lack of trail. From the "trailhead," instructions were to head upward through a steep and dense forest until an expansive alpine slope was reached. On the day of my trek, these vague instructions somehow guided me without flaw – though the lack of trail did have me waiting until daylight to start moving.

After the alpine slope above tree-line was reached, I moved on toward what is billed as the most extreme segment of the route – though I'd later find that this isn't always the case.

This portion of the route traversed a long, technical class three ridge with a drop of hundreds of feet on one flank and another unforgiving fall risk on the other. While images and video footage I'd previously seen of the ridge had me nervous, I found that holds along the way catered to my rock-climbing experience.

Thankful to be climbing on a day without wind, I flowed up and down the multiple fins of the ridge, crafting my own scrambling route along the way. Even with my comfort and speed, the ridge took multiple hours to navigate.

Eventually, the terrain grew more tame, opening up into a large basin. That's when I saw my primary destination – Colorado's highest lake.

By this point, I was feeling the elevation. The physically demanding ridge had worn me down despite my physical fitness and prior training.

As I approached the lake, I immediately noticed something I had not experienced in a long time in Colorado's outdoor scene – solitude. While one might think that a scenic spot billed as "America's highest lake" would attract more attention, I was alone on the shoreline surrounded by silence.

I spent a few moments awestruck before I remembered to pull out my camera to document the rarely seen destination.

After snapping a few photos, I set my sights toward the peak a few hundred feet above that climbed to an elevation of 13,950 feet. My plan was to summit that mountain, as well as a neighboring peak, before heading back to my car through a gully below. There would be no trail or route for most of the way.

After a few minutes of scrambling up loose rock, I reached the first summit.

Standing on the peak above Colorado's highest lake, I gazed south toward the fourteener that had inspired my return to this cluster of mountains just days before. I noticed a small collection of moving dots grouped atop the mountain – even on a late-season weekday, a crowd was still present.

While I'm all about bagging fourteeners, I found myself suddenly thankful that I was just shy of 14,000 feet. I realized that if the peak I was currently on had been just 50 feet higher, it would surely face the same flood of hikers on a regular basis. Yet, just below the arbitrary threshold that attracts widespread attention, I was alone.

Eventually, I made my way to the second summit on my itinerary, met with equally stunning views. After that, it was time for me to head down the mountain and back to my car.

I had read warnings about this portion of the descent being difficult to follow, though it was described by most as a "difficult class two" – terrain that I figured would be manageable. Large cliffs were present, surrounded by narrow gullies filled with loose rock. Apparently a somewhat-safe path through the area existed, though my research yielded nothing but vague direction.

As I began to descend from the peak into the gully below, I quickly realized that the trajectory I committed to was much more difficult and more dangerous than class two. Either I had stepped off of my planned descent or the easier route I was looking for had been covered by a recent rockslide that was still unreported in online sources. Either way, what I expected to be safer class two terrain quickly turned into a delicate dance down hundreds of feet of steep, loose rock using holds in a way that moreso resembled rock climbing than hiking.

As sections of rock slid around me and I kept my fingers crossed that the wrong hold wouldn't shift, I was thankful that no one else was on the slope that could be put at risk. I now understood how some difficulties encountered on the state's well-traveled peaks can be greatly amplified on those less trafficked – specifically, rockfall risk and trail finding – even for the well-prepared.

After a few slight scares, I finished the steepest and most dangerous part of my down-climb, arriving on the shore of a high alpine lake moments later. This is when I encountered the first people I'd seen all day, as well as the day's first faint trail.

As I approached the lake – exhausted, bleeding, and beaten down from the long day – a couple enjoying lunch on the shoreline immediately asked where I had come from. They were shocked to hear me explain how I'd traveled the jagged ridge that towered above just hours before. I confirmed with them that the faint nearby trail was indeed the one I was looking for and I was on my way.

Now on this easier route, passersby were encountered regularly. It was as if I had steeped out of the world of "extreme" and into a relaxed family outing. Soon, I would be back at my car, which would be followed by getting back to my computer to answer a day's worth of emails that I had missed while away.

Despite my return to a more mundane life, I knew the memory of this hike would stick with me for a long time. Several years in the making, I had finally found my way to the highest lake in America and safely returned to tell the tale.

Editor's Note: If you attempt to track down this destination, know that accessing it is dangerous. Do thorough research and plan your route carefully. It's also extremely important that you practice the principles of Leave No Trace during every hike, but especially during those in places as remote as this.

Distracted driving causes 15,000-plus accidents during single year in Colorado