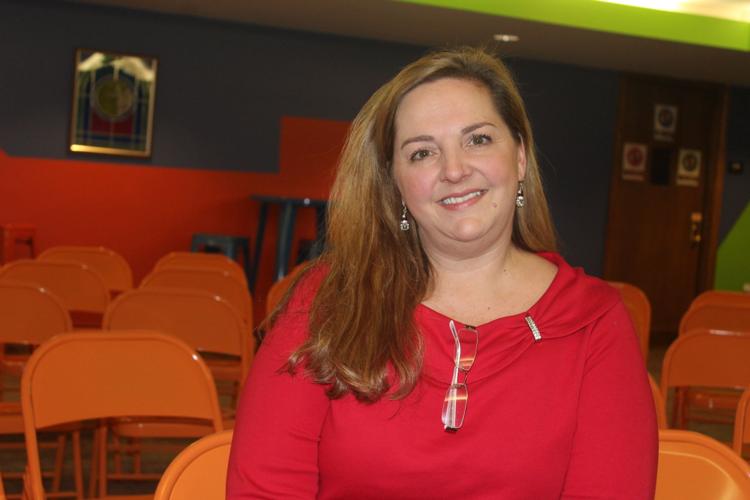 Janita McGregor, director of children’s ministries for First United Methodist Church in Colorado Springs, will launch Wonderfully Made, a special needs worship service, at 5:30 p.m. Sunday. The service will be offered at that time every Sunday. 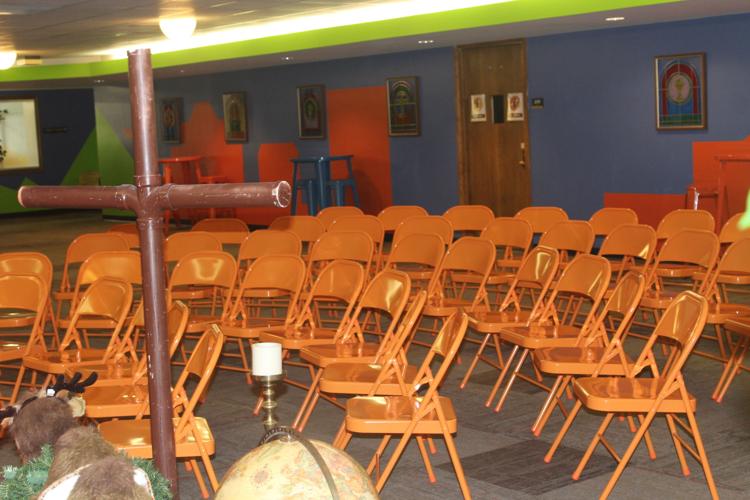 The second-floor worship space is called Kingdom City at First United Methodist Church in Colorado Springs. Wonderfully Made, a new weekly worship service for people with disabilities, will start in the space at 5:30 p.m. Sunday.

Janita McGregor, director of children’s ministries for First United Methodist Church in Colorado Springs, will launch Wonderfully Made, a special needs worship service, at 5:30 p.m. Sunday. The service will be offered at that time every Sunday.

The second-floor worship space is called Kingdom City at First United Methodist Church in Colorado Springs. Wonderfully Made, a new weekly worship service for people with disabilities, will start in the space at 5:30 p.m. Sunday.

A worship service designed for and led by Colorado Springs residents with disabilities will launch this Sunday, as Janita McGregor fulfills the mission she has pursued for five years.

McGregor, director of children’s ministries at First United Methodist Church, attended such a service near Dallas and was so inspired that she changed the course of her life to bring a similar program to the downtown Colorado Springs congregation.

“This style of service is an innovative twist on the worship service. Typically it’s just a welcoming service. But what I saw at a service called ‘The Feast’ at Highland Park United Methodist in Dallas, where a member of the disabled community was the one actually giving the service, I thought: ‘This is what heaven must feel like,’” said McGregor, who has worked for First Methodist for nearly six years and has worshiped there since 2011.

For info or to volunteer, contact Janita McGregor at janitam@fumc-cs.org or 884-2466

When a child on the autism spectrum taking part in the service looked her in the eye, McGregor was especially touched.

“For him to make eye contact with me was huge. I was like, ‘Wow, this is powerful. This is something that can really have an impact.’”

At least 7,000 local families have someone with a disability, be it noticeable or hidden, she estimated. Autism, which affects about 1 percent of Americans, falls into the latter category.

McGregor saw a need for an inclusive worship service that would let people with special needs take on leadership roles. She needed an ordained pastor to take the lead. But while her idea was well-received, no one wanted to champion it.

“Because no one had the passion, I realized it had to be me,” she said. “It was important to me, if I was going to be able to serve this community, to become a minister.”

McGregor enrolled in a master of divinity program at the Iliff School of Theology in Denver and is now three years into earning a degree. When finished, she can be ordained. As a full-time church employee and single mom, she needed a program she could pursue part-time, sometimes online and sometimes on campus. In Iliff’s Journey program, she found just that.

McGregor designed the Wonderfully Made worship service for those with disabilities as part of her coursework. It will launch at 5:30 p.m. Sunday, Jan. 6., at First United Methodist, 420 N. Nevada Ave., in the second floor Kingdom City children’s ministry area. First United Methodist was the city’s first church, founded in 1871.

“We’re going to test the needs of this community,” she said. “If the time frame doesn’t work along with other factors, such as public transportation, we’ll move the service around.”

The name of the service comes from Psalms 139:14, “I praise you, for I am fearfully and wonderfully made.” Everyone is welcome.

McGregor returned to the Dallas-area church last year. This time a girl with Down syndrome was leading the special-needs worship service. The minister got something out of order, and the girl spoke up: “That’s not the right way, pastor.”

“It was great to see her taking ownership. That was the part that was most special to me,” McGregor said.

McGregor will lead the debut worship service. It will be an agape service — a communal service without the sacrament — until July, when she’s set to be ordained. She’s hired an acoustic guitarist to play songs that are simple, uplifting and repetitive.

She was a sacred music major at Mercer University in her native Georgia and says people with special needs really connect to music. She’s also mindful that some who attend the service might have sensory issues, which is why she chose an acoustic accompanist.

“We’ll have sensory headphones for anyone with sensory issues. We’ll also have a fidget basket if they need a toy or something to manipulate during the service. And if people want to get up and walk around, they can,” McGregor said. “We’ll also have a ‘bouncy room’ available, where people can go to decompress if they need to. I’m trying to find other ways to connect rather than just the traditional methods.”

The Texas church also had a respite program for caregivers of special needs folks to get a break. McGregor hopes to start a similar offshoot once the new worship service is established.

She said she hopes at least 10 people attend the first Wonderfully Made service.

“I’m really stepping out on faith that we can build something really beautiful here,” she said. “I want to see where the spirit leads us on this one.”

McGregor estimates that 20 of the church’s families include someone with a noticeable disability. “Those with hidden disabilities, there’s a lot more,” she said.

“The Methodist Church’s promise is ‘Open hearts. Open minds. Open doors,’” she said. “First Methodist has a long history of working in the community with programs like Urban Peak, Marion House and Ecumenical Social Ministries.”

The church’s regular Sunday services attract 800 to 1,300 members combined, McGregor said. The Wonderfully Made service is in addition to those.

“It’s also about elevating opportunities. Sometimes I think we need to celebrate this particular community instead of including them with everybody else,” she said.

She has been spreading word about the new service to other congregations, groups and local businesses.

“I’ve been working to get the idea out there for several months. It’s really neat to see the ripple effect. I just ask people to pass it on,” she said. “The cool thing about this is, as we’re building the worship service, we’re also building this community of faith. It’s going to be a very different look at church.”

After a lifetime of fly-fishing, retired pastor Jim White reflects on his hobby's connection with the spiritual.