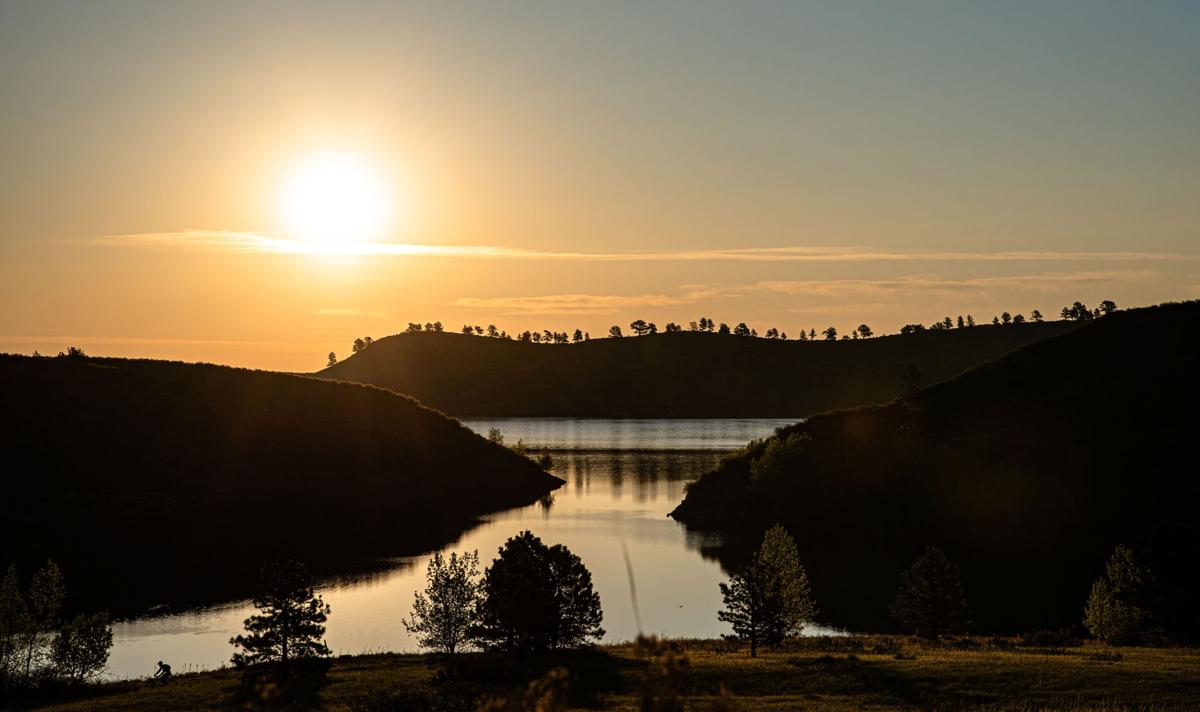 The sun sets over a cove at Lory State Park, situated to the west of Horsetooth Reservoir near Fort Collins. 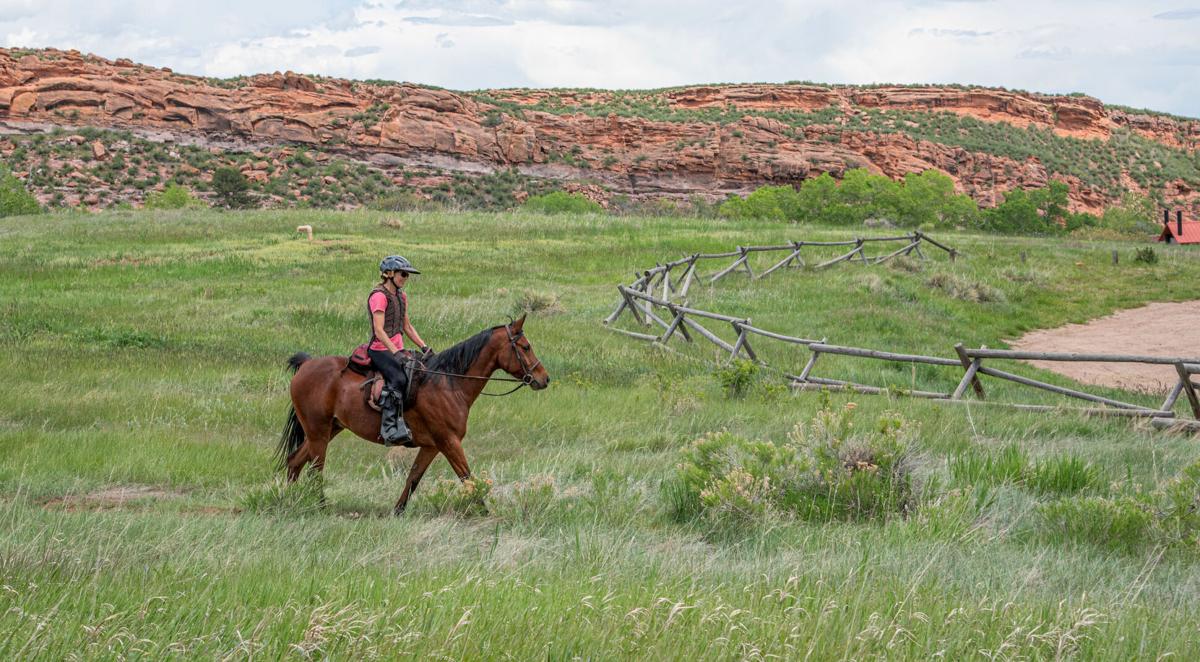 An equestrian follows a trail through the meadows of Lory State Park, with views of the signature sandstone hogbacks of the park near Fort Collins. 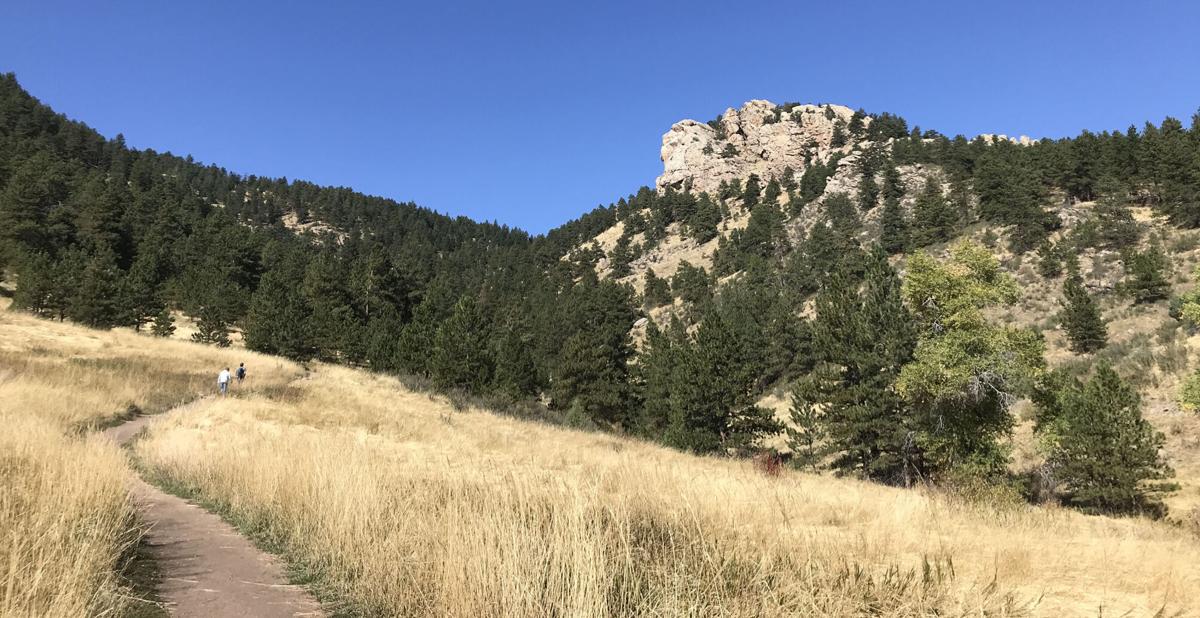 Hikers follow the trail to Arthur’s Rock, the centerpiece of Lory State Park near Fort Collins. 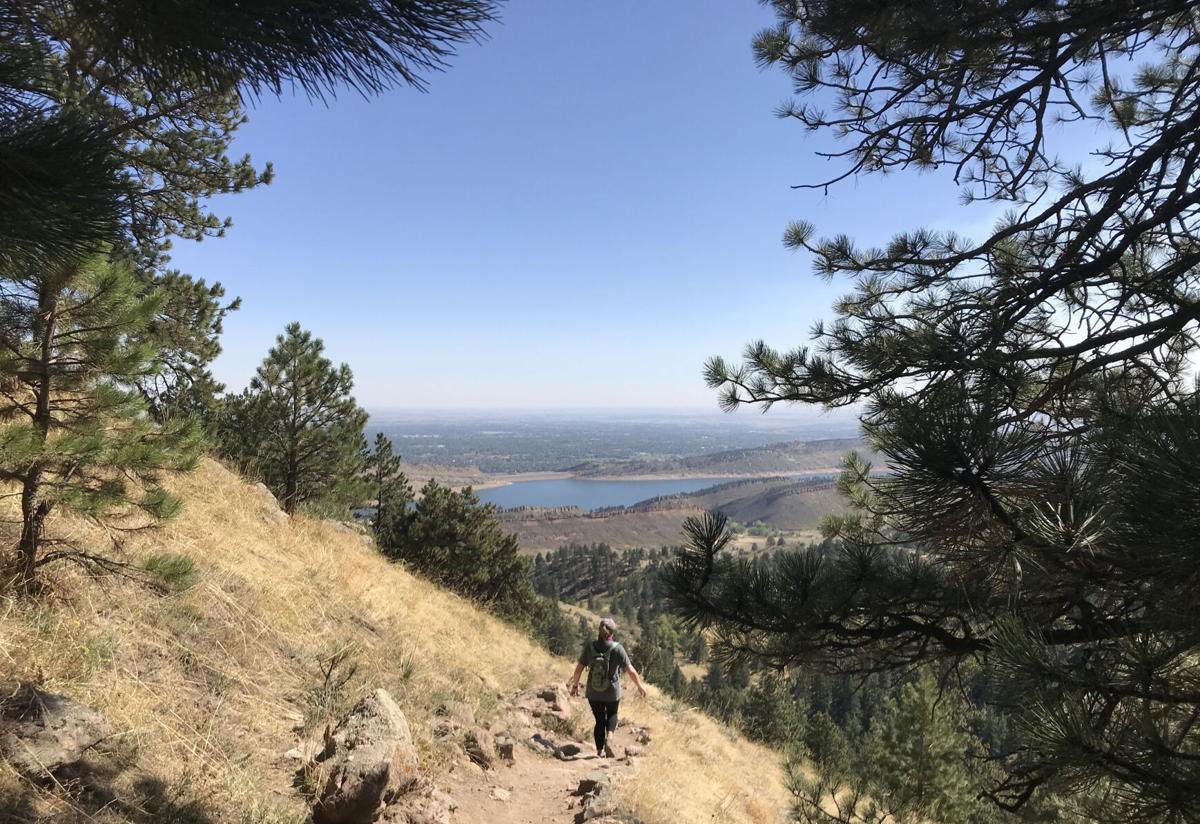 A hiker descends the Arthur’s Rock trail at Lory State Park, with views of Horsetooth Reservoir and the plains beyond Fort Collins. 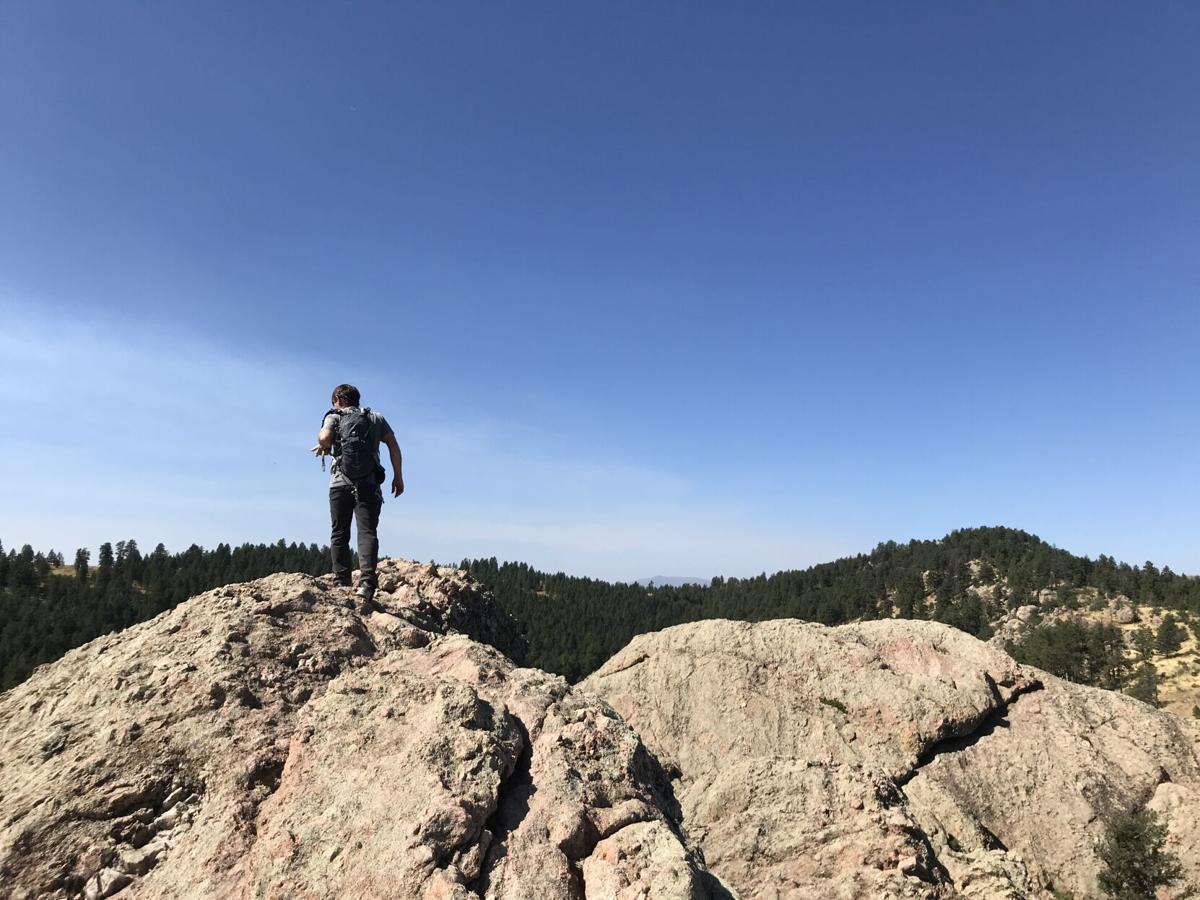 Shannon Coleman steps to the top of Arthur’s Rock at Lory State Park near Fort Collins.

The sun sets over a cove at Lory State Park, situated to the west of Horsetooth Reservoir near Fort Collins.

An equestrian follows a trail through the meadows of Lory State Park, with views of the signature sandstone hogbacks of the park near Fort Collins.

Hikers follow the trail to Arthur’s Rock, the centerpiece of Lory State Park near Fort Collins.

A hiker descends the Arthur’s Rock trail at Lory State Park, with views of Horsetooth Reservoir and the plains beyond Fort Collins.

Shannon Coleman steps to the top of Arthur’s Rock at Lory State Park near Fort Collins.

FORT COLLINS • On an otherwise clear day, gray streaked across the sky, and the breeze over Horsetooth Reservoir was cool and refreshing, though it carried a troubling scent.

Aircraft were bound several miles west. The battle waged on.

But for Shannon Coleman, this was a day of relief.

There have been nightmarish days since Aug. 13, when the Cameron Peak fire burst and bulged into one of Colorado’s largest blazes. The broader Front Range has seen the pictures from up north: the days turned to dark, as if the apocalypse descended.

Coleman has lived it. Lived it along with all of the other outdoor enthusiasts here whose souls longed for the hills as ever, but whose lungs couldn’t bear the smoke.

“The street lights came on. The car lights came on,” Coleman said. “The ash falling. I had charred pine needles falling onto my truck.”

But conditions were generous on this day. Coleman was back where he belonged — back at Lory State Park.

“I love to be in the backcountry, and this is a good way to practice,” he said on his favorite trail close to home, the one climbing 1,000 feet up Arthur’s Rock.

The granite outcrop is the high crown of the park, this 2,596-acre dreamscape of flower- and butterfly-filled meadows and pine-scented forests, all encircled by rugged, sandstone hogbacks that break to form intimate coves with the reservoir. About 26 miles of trail weave between wild, stream-fed ecosystems.

Directly south is Horsetooth Mountain Open Space, where there is a user fee similar to Lory’s. But that open space and its centerpiece Horsetooth Rock have proven more popular over the years.

“A lot of people don’t realize we’re in this corner on the northwest side” of the reservoir, said Lory ranger Dylan Jandreau. “We’ve kind of just been tucked back here, waiting for people to show up.”

The wait ended this spring and summer.

“I think people started looking at a map,” Jandreau said.

Just as Lory has been a flashpoint for the sad state of recreation in this age of bigger and hotter fires, so it has been in this age of COVID-19. The pandemic sent Coloradans rushing to the outdoors, and Lory was no exception.

From the start of the year through August, the park has typically logged about 165,000 visits. That was closer to 193,000 this year — in line with record-shattering visitation across the state parks. Colorado Parks and Wildlife has reported a 30% increase at the 41 preserves.

People have had to turn their cars around at Horsetooth Mountain Open Space, and then they’ve struggled to find parking along the reservoir, onlookers have noted. Thus, they’ve discovered the back roads to Lory, where parking has also been at a premium and where trash has piled up — like nothing ever seen by the stewarding Friends of Lory State Park.

“The weekends have just been out of this world,” said volunteer Karen Wheeler. “Nonetheless, Lory has survived.”

Lory has survived a lot. The area is no stranger to fire, evidenced by the barren slopes of the park’s peripheries. A 2012 fire ate at the park’s higher- elevation trees, and another a year later crawled across the valley floor. That’s when the Friends mobilized.

“We organized to get things rebuilt,” said Trish Miller, the nonprofit’s president.

That included the equestrian park, which would’ve made the land’s previous owners proud. A continued horse tradition was the wish of the ranching Howard family, who sold some acreage to developers in the 1960s but much more to the public trust.

The park was established 45 years ago and named for Charles Lory, the early, visionary president of present-day Colorado State University. “For the enjoyment of nature,” reads an honorary plaque in the park, “and the advancement of knowledge.”

Archaeological knowledge here dates back to prehistoric people who roamed the land shaped by ancient phenomena; the hogbacks signify the shallow seas that dominated some 300 million years ago. In the 1800s, native tribes are believed to have hunted and gathered at peace here in what became known as the Valley of Contentment.

White men took over with their homesteads. An effort to quarry the sandstone came along with the railroad.

The town of Stout grew, only to be abandoned as dams were constructed. Horsetooth Reservoir began filling in 1949.

Now at Lory State Park, the progress of man seems to come to a quiet halt. But can the solitude last?

A hectic summer sent a message.

“We’ll just have to do a lot more education,” Miller said. “Emphasizing that this is not a renewable resource, that this is a place you have to care for, or else it’ll be destroyed.”

On this mostly clear day, nothing could trouble Coleman on the trail. Finally, not much smoke. Not many people. No one else atop Arthur’s Rock. But the view was changed, distant summits shrouded.

Still, Coleman stopped to enjoy. This was the life, he said. “This encapsulates it.”

For a video from Lory State Park, go to gazette.com

Despite high winds, firefighters managed to complete lines around the 1-acre Incline fire near Manitou Springs that had closed the Manitou Inc…