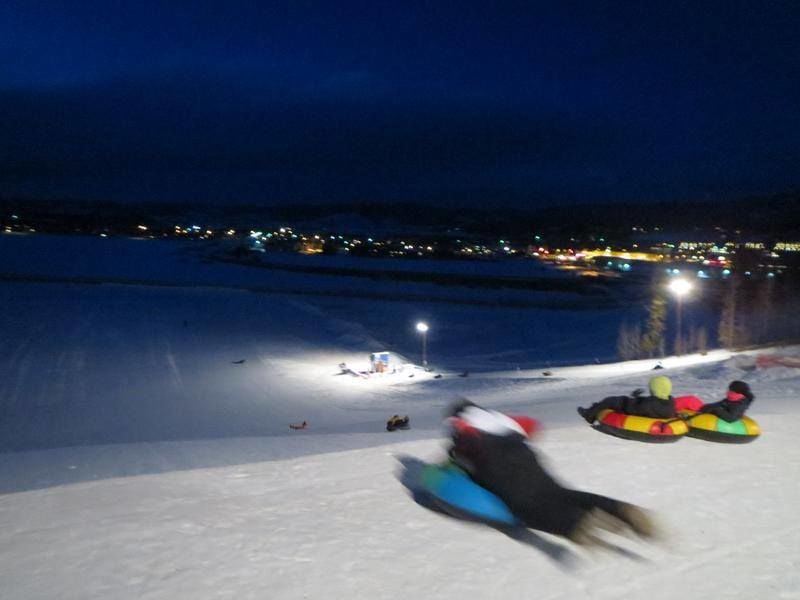 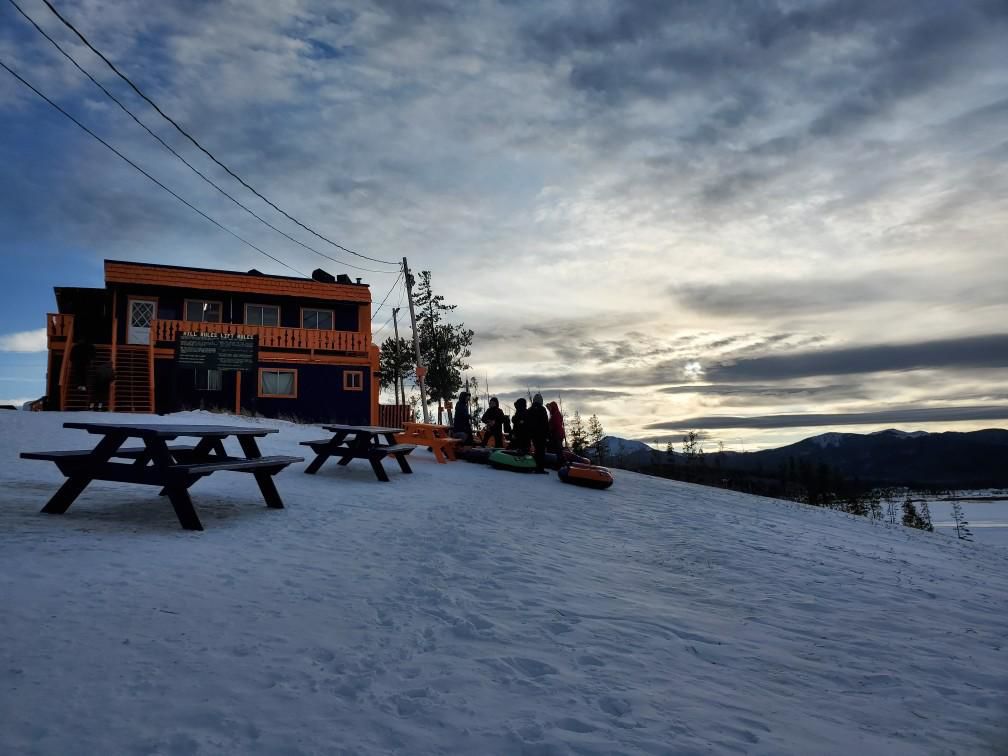 The modest base of the Fraser Tubing Hill, which represents the old-school quality of the operation. 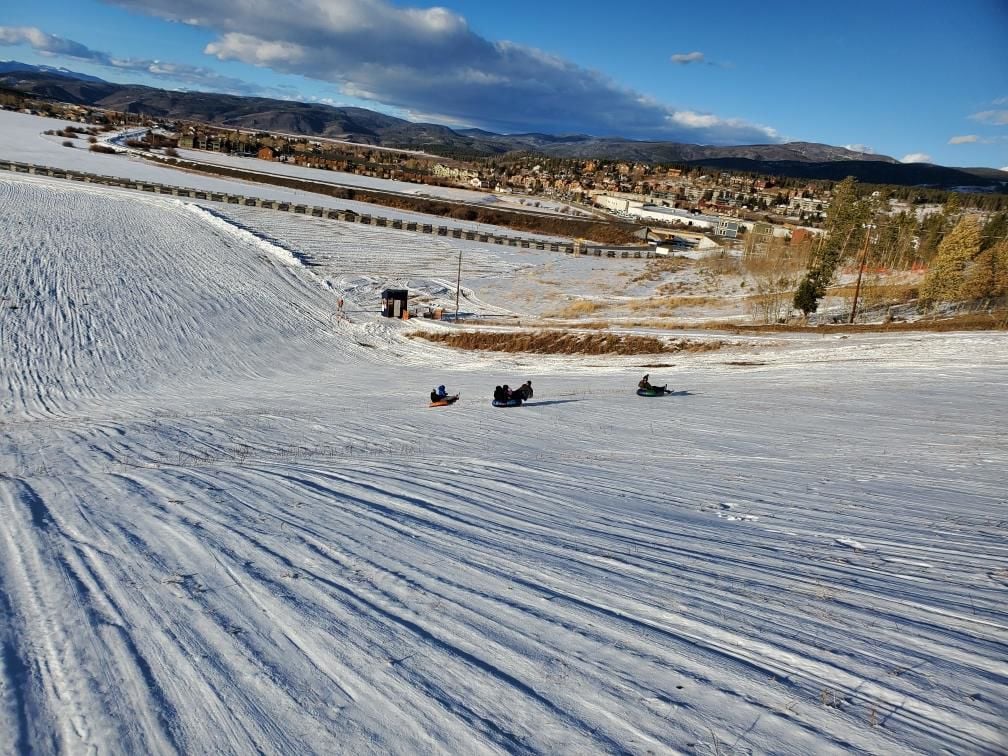 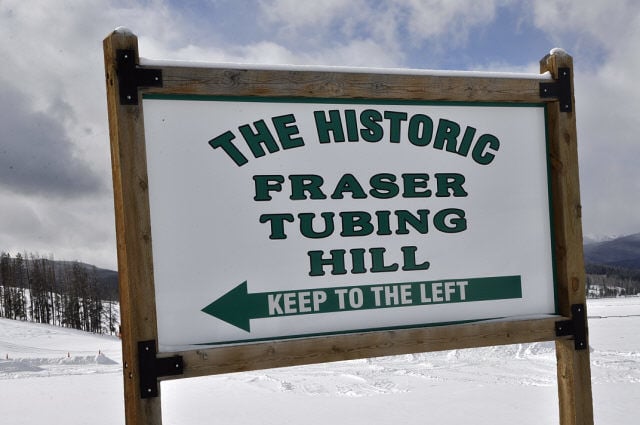 The modest base of the Fraser Tubing Hill, which represents the old-school quality of the operation.

They were just kids on the snowy hill, their names spread across their tubes: Monte and Rodney.

It was a favorite spot for the brothers growing up in Frazer, the rural community that at the time was coming to grips with the ski resort booming down U.S. 40, Winter Park. As for the Rogers boys, they were more than fine with the tubing hill, where an old cowboy named John charged $3 to ride.

“We never imagined running the place at all,” Monte says four decades later.

Yet here is with Rod, keeping alive the nostalgic Fraser Tubing Hill.

$24 for hour tube rental. Children ages 3-6 must ride with adult, 7-17 can ride alone, but must have someone 18 or older sign a liability waiver.

The beginnings are commemorated with a 1971 penny over the fireplace. That’s when John the cowboy built the warming hut, where today customers can grab hot chocolate for $3, the same price for a hot dog or burger. One hundred tubes are available to rent, and on holiday weekends, they’re usually all taken.

The charge to ride has changed: $24 for an hour. That might explain why Monte and Rod call the hill their “bread and butter,” their winter job between their wood-gathering and fire mitigation.

But that’s just keeping up with the market. The price is similar next door at the Colorado Adventure Park, one of many tubing operations the brothers have seen rise over the years. Competition is tense, made clear by the picture Fraser Tubing Hill displays on Facebook: a big, black X crossing out the Adventure Park’s orange arrow directing County Road 72 travelers to turn right.

For the first home of tubing, hang left, following to the old building that’s been repainted blue and orange. To support the Broncos, of course, Rod says. “But on the other hand, the colors stand out so brightly, it kinda irritates the competition pretty good.”

The guy next door, “he’s got the nice building and the whole bit,” Monte says.

“But something about this place, I don’t know, the old school just brings people up here.”

Other than the tube price and the paint job, the hill has resisted change. The two rope tows retain the names given to them by the cowboy: Fuzzy and Smokey, after the bears. They’ve been updated, though, to include clips for the tubes. Previously, people had to count on their cold grip.

“Yeah,” Monte says, “it was pretty wild and crazy.”

About 40 or 50 ambulance calls a season in the ‘80s when they first took over were enough for the Rogers brothers to make some changes. For tubers more accustomed to conveyor belts, the clips might still be crazy. But they are meant for safety, as are the orange-vested patrollers stationed across the hill.

Like magic carpets, lanes are common to other commercial sites. None here. The unblocked, groomed slope is all part of what the Fraser Tubing Hill likes to call “a screaming good time.” (Top speeds exceeding 40 mph are possible).

The outrun lends plenty of room to slow down: a field big and wide, untouched by development, the lights at night distant. They seem to be moving in, Rod says. “We’re just right in the middle of the development.”

And the guy next door, he’s made some offers to buy the brothers out. “I think he’s found it ain’t gonna be easy to do,” Rod says.

The old-school oasis will prevail as long as the family is here. Monte’s wife works at the hill, as do his two daughters and their husbands.

“Hopefully,” he says, “I’ll put the grandkids up here someday.”

At the 13th annual Fair Trade Market, hosted by the Beth-El Mennonite Church in Colorado Springs on Saturday, hundreds of shoppers found Chris…