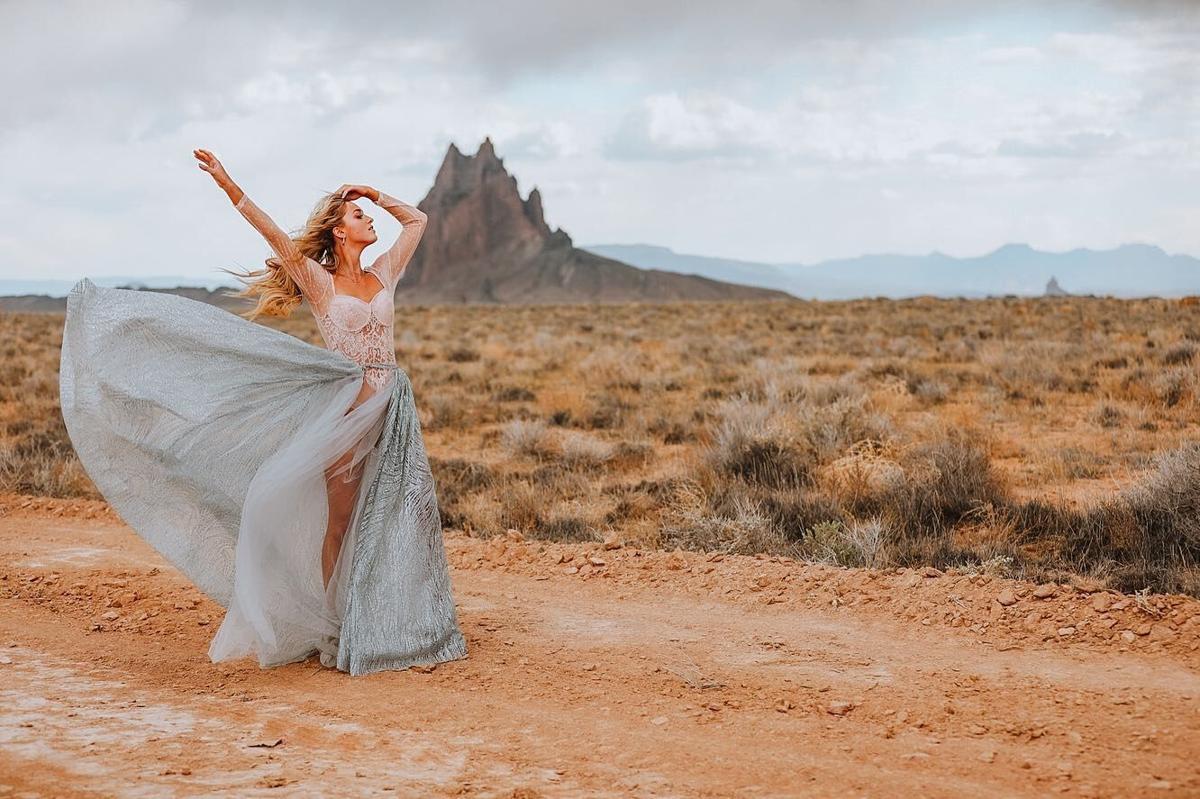 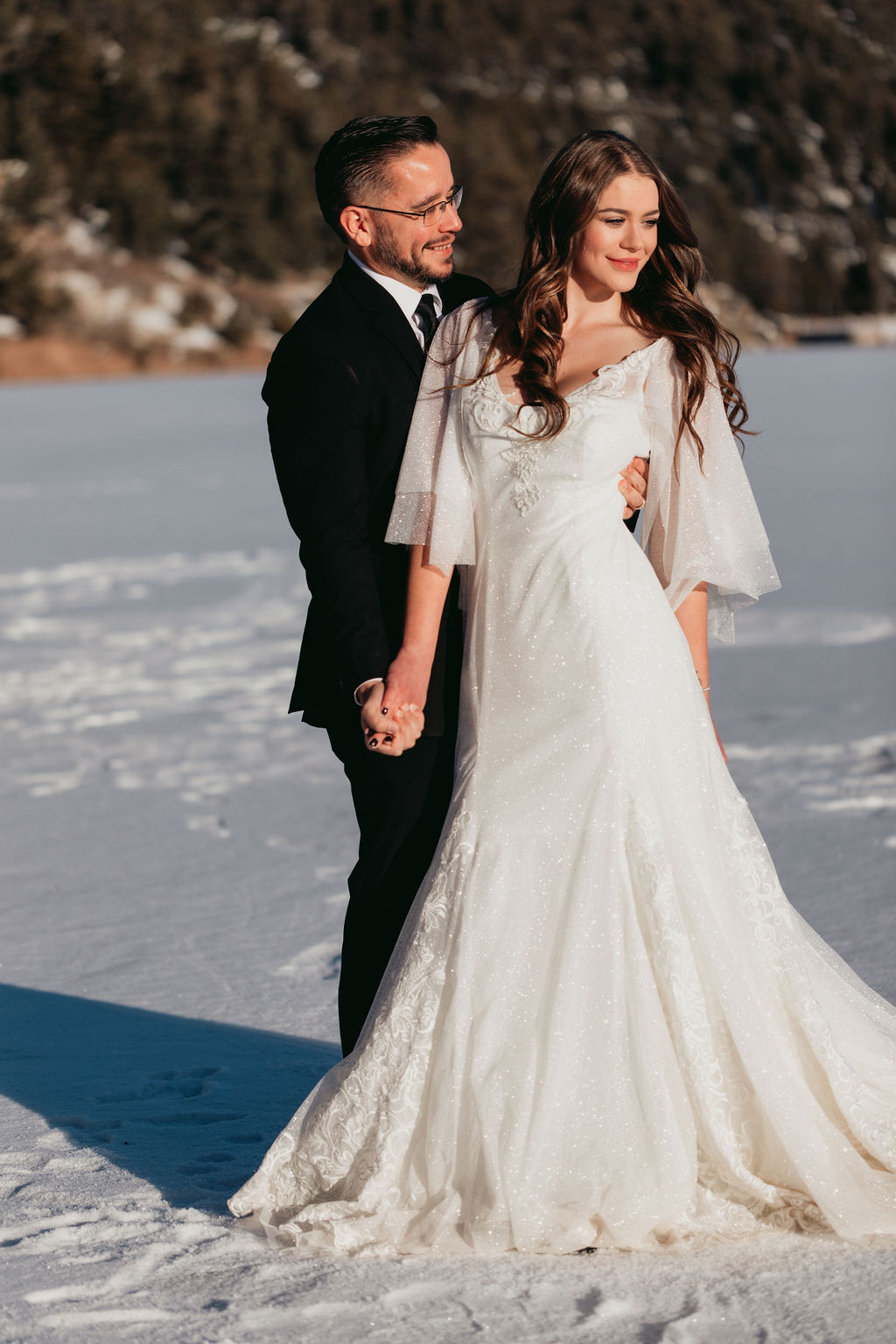 For the wedding dresses she designs and creates, AnaKacia Shifflet orders lace from around the globe, including France and Milan, Italy. Her priciest gown was $7,000, her least expensive was $800 and her typical dress costs $2,500. 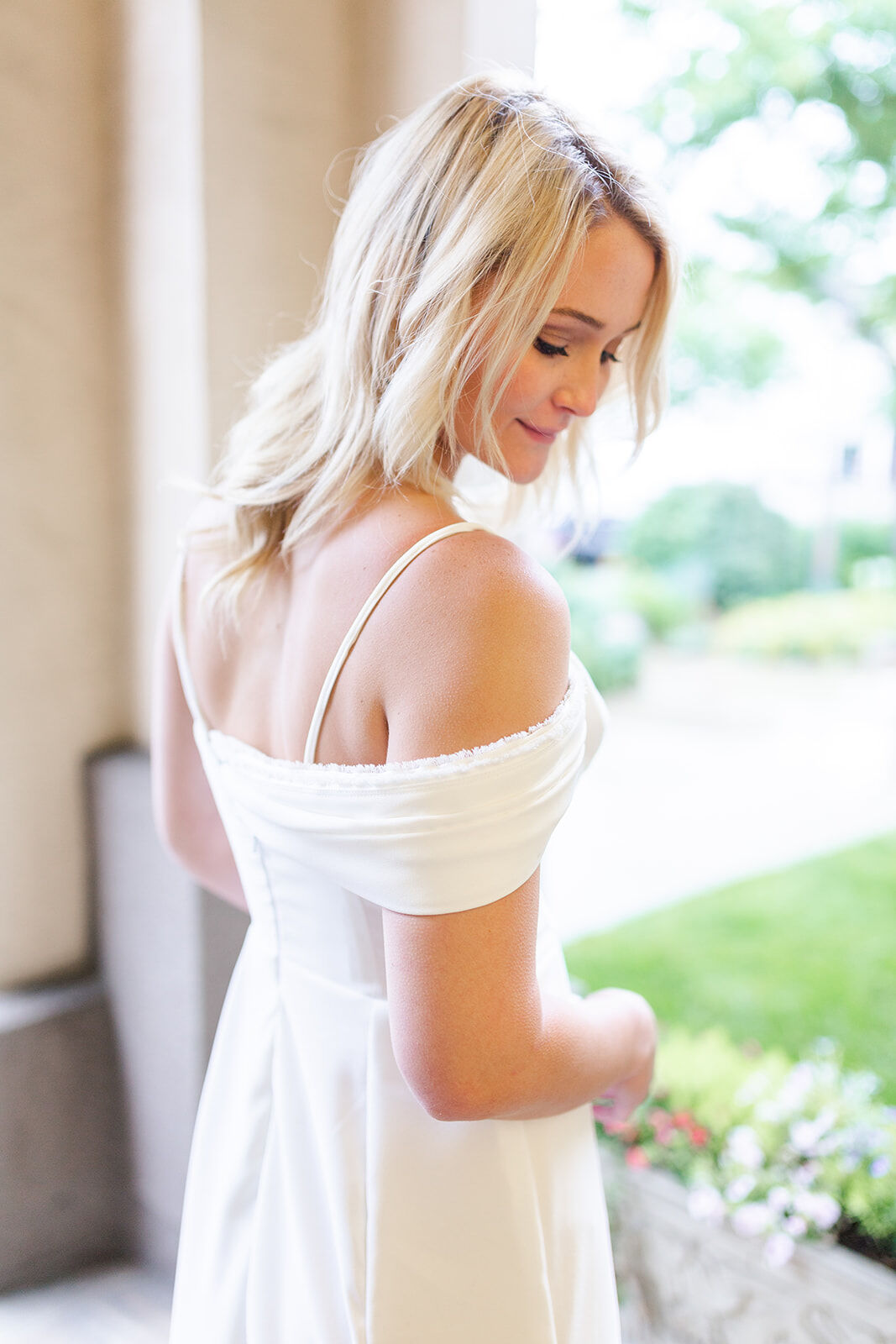 Since opening her shop Averil Marie Collections in Rye in 2015, AnaKacia Shifflet has made between 400 and 500 wedding dresses. Photo credit: Mile High Captures 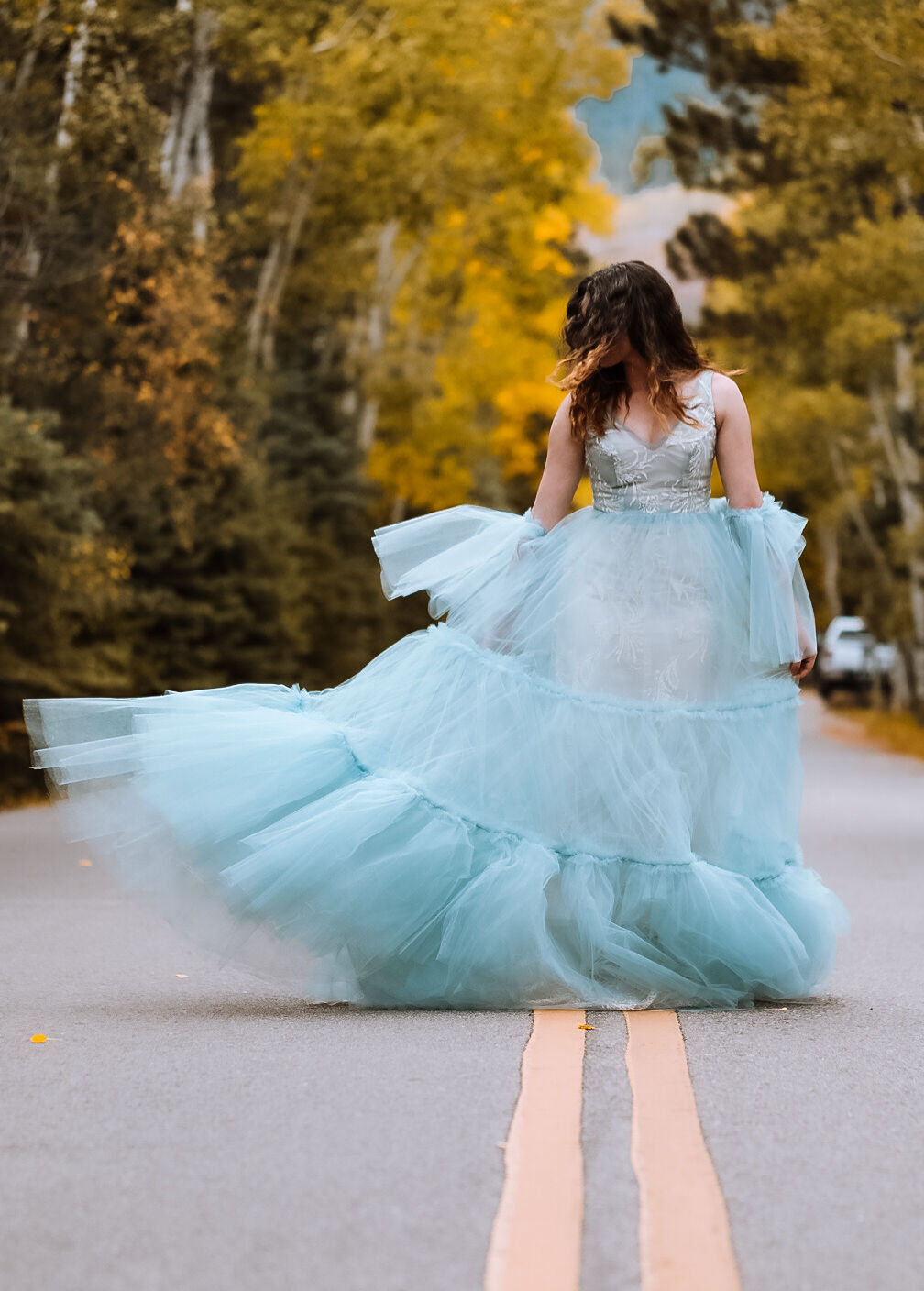 AnaKacia Shifflet’s wedding dresses are customizable. Most of them are two pieces, including the overlay, which can be removed. 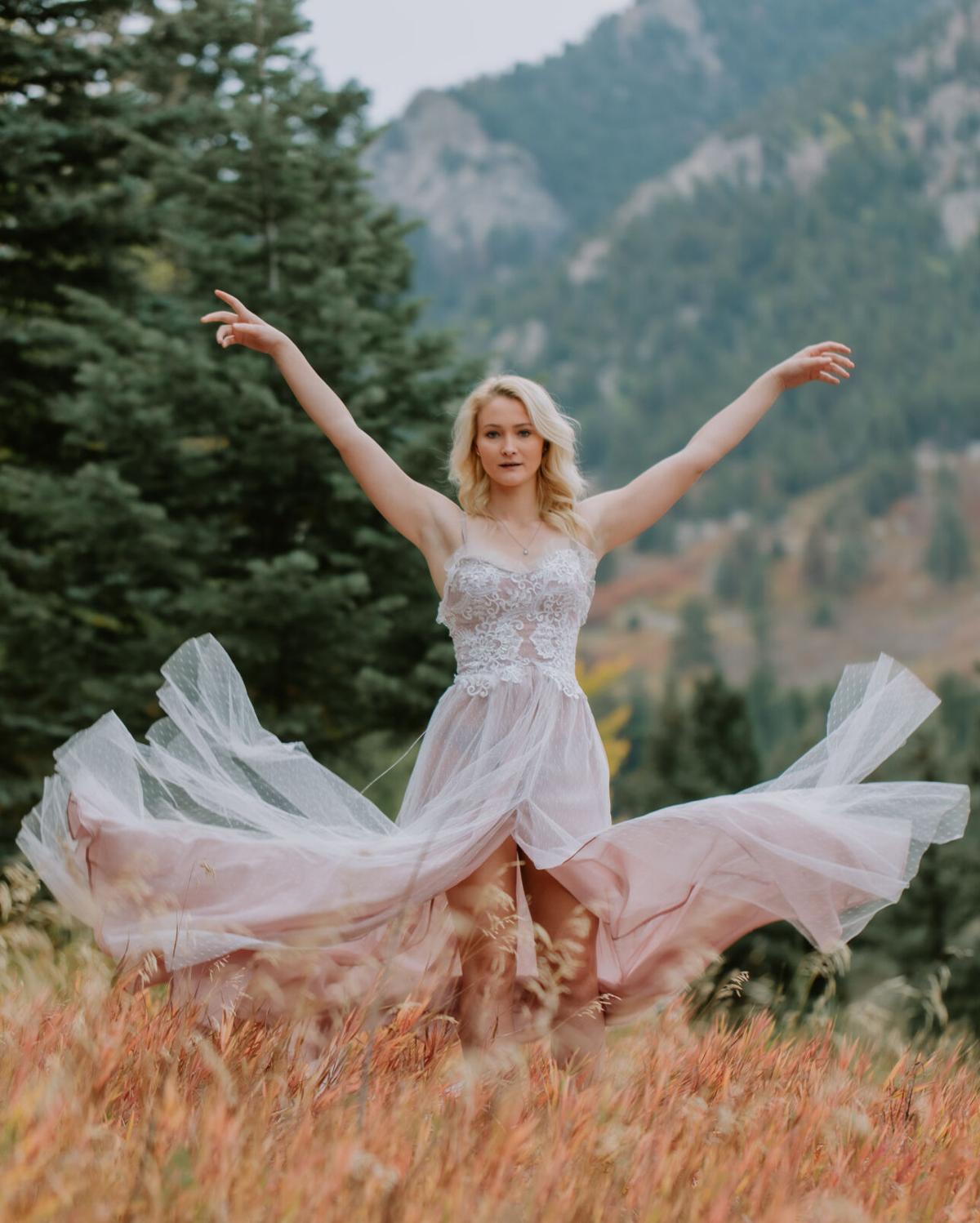 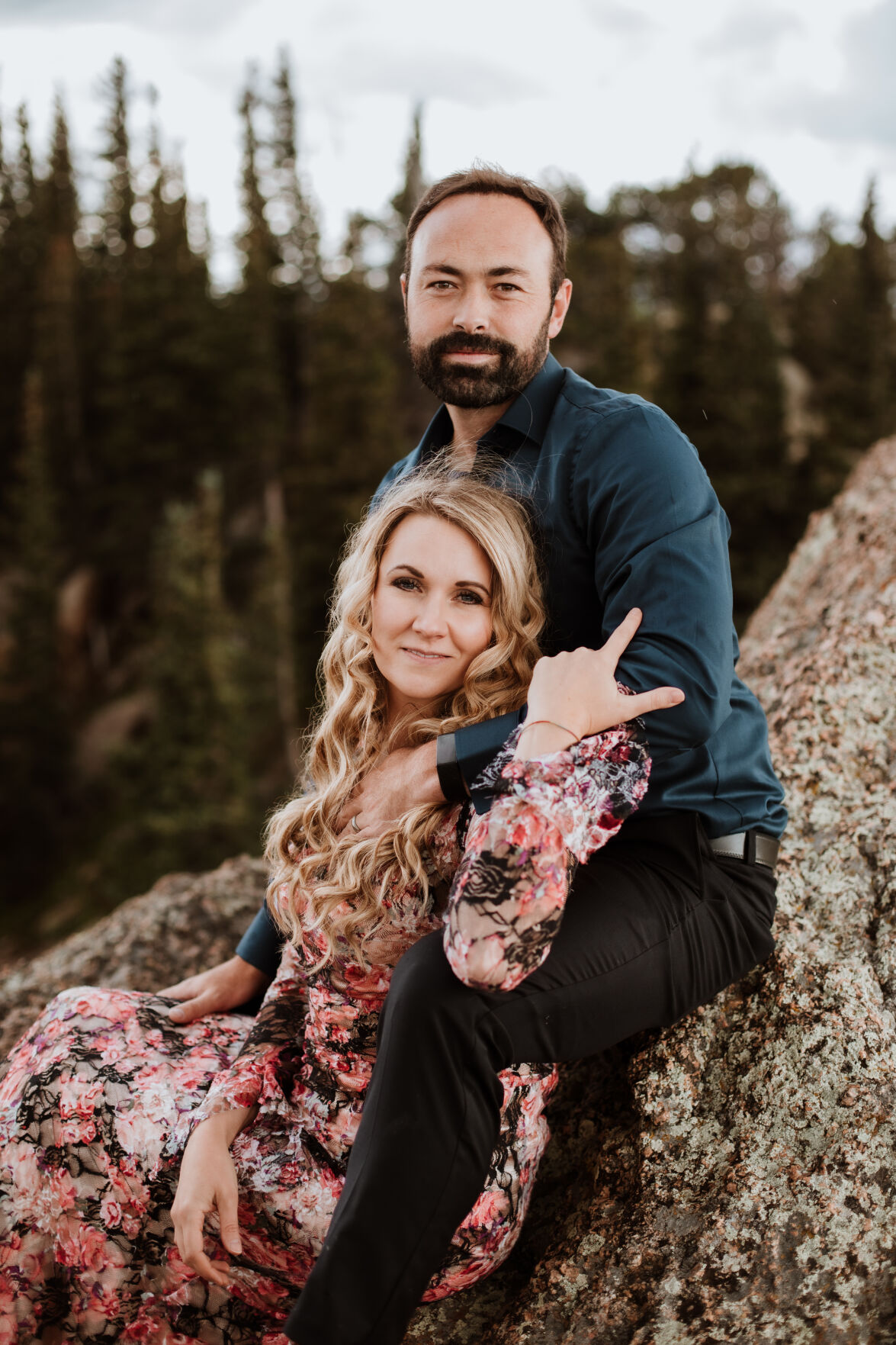 For the wedding dresses she designs and creates, AnaKacia Shifflet orders lace from around the globe, including France and Milan, Italy. Her priciest gown was $7,000, her least expensive was $800 and her typical dress costs $2,500.

Since opening her shop Averil Marie Collections in Rye in 2015, AnaKacia Shifflet has made between 400 and 500 wedding dresses. Photo credit: Mile High Captures

AnaKacia Shifflet’s wedding dresses are customizable. Most of them are two pieces, including the overlay, which can be removed.

Your eyes land on the racks of lacy and shiny wedding dresses in shades of white, mauve, taupe and even light cornflower blue. This is a space where dreams come true, where blushing brides come together with Shifflet, a lifelong seamstress, to imagine the fantastical dress they’ll wear for that long-anticipated walk down the aisle, mountain path or sandy beach to exchange rings and vows with their beloved.

The past seven months has not been good to those hopeful brides, though, nor the billion-dollar global wedding industry. Many couples were forced to postpone their weddings until later this year or next year. Recently, though, Shifflet has seen her brides moving forward.

Rye resident Ann Lisac is one of those brides no longer waiting. Canceling her May wedding was heartbreaking, she says, but the couple decided to go for it last month in an outdoor ceremony.

“We felt like there weren’t a lot of cases of COVID in the community. I don’t know if there was even one,” Lisac says. “We were waiting and waiting and worried if we continued to wait there would be a resurgence and it would be longer.”

Shifflet encourages couples to tie the knot sooner rather than later, even if it’s a small shindig.

“If they want to do a big party next year, do it,” she says. “But why not go ahead and get married? There’s something special about it being more intimate anyway.”

The virus didn’t stop Shifflet from designing and creating her signature wedding dresses, something she’s done for about 15 years for friends and family and others through word of mouth. In 2015, she made it official and opened her own shop, Averil Marie Collections, and now has a second location at Al’s Formal Wear in Denver.

Since then, she’s made between 400 and 500 wedding dresses. Each one takes about 80 hours, though she likes to have three to six months to make sure the fabrics come in from all around the world. There’s lace from France, Germany and Milan, Italy. Those are the priciest. Less expensive choices come from the U.S. or China. On average, her dresses cost $2,500. Her priciest concoction? $7,000. Her most affordable? $800.

Shifflet’s dresses are singular in that many of them come with two parts: classic pieces underneath, such as a skirt and corset or a slip dress, and another dress that goes on top that she calls an overlay. The overlay can be easily pulled off to allow the bride a chance to mix up her look between ceremony and reception.

When she opened her shop, Shifflet designed a customizable line that allows brides to mix and match bodice style, skirt shape and overlays. It was a way to provide visual images for those who couldn’t quite picture what they wanted.

“I haven’t seen anything else like the two pieces,” she says. “That’s the side of me that says it’s so sad you only wear your dress one time. I wanted to change that, so you can use it again.”

The designer has always had a thing for dresses, going back to childhood, when her mom got her sewing lessons around 7 or 8. After graduating from high school in Salt Lake City, Utah, she attended the city’s Fashion Institute before moving to Rye with her husband 17 years ago and having four children.

Coronavirus canceled their weddings, but these Colorado Springs couples got free wedding photos

More than anything, she wants her brides to also have a love affair with their dress. Perhaps this comes from her own wedding dress experience all those years ago. She designed it with a sweetheart neckline, long sleeves with a cuff and a full ballgown, but had somebody else make it. Unfortunately, it didn’t quite fit.

“People who sew are different from those who can construct a wedding dress,” Shifflet says. “When I look back, it was those missing components that made it fit well.”

Which leads to her passion for perfection today. She advises brides to slow down and not rush the process. To take the time to study the different styles, and which ones they like on themselves. It’s also important to take the wedding venue into consideration. Different styles go better with an outdoor versus an indoor ceremony.

“If they try on dresses, don’t let somebody push them into a style they don’t love,” she says. “I feel bad for the girls who end up with a dress they’re not in love with. A lot of girls just settle. I want them to get what they want and feel so beautiful in it and absolutely love it.”