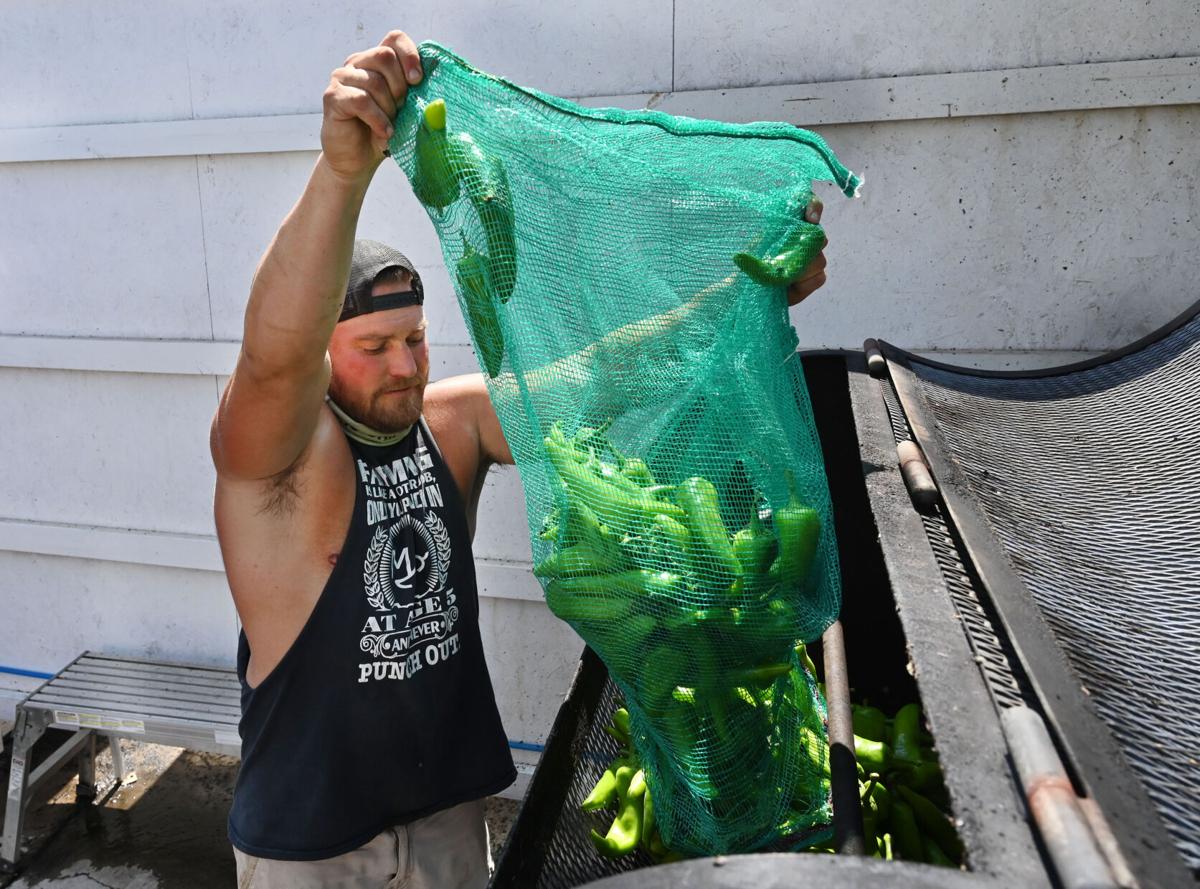 Rocco Musso dumps a sack of green chiles grown on the family farm into a fire roaster. The Musso family has been farming east of Pueblo going back multiple generations. The family farmers are among those who have made Pueblo’s green chiles so well-known. 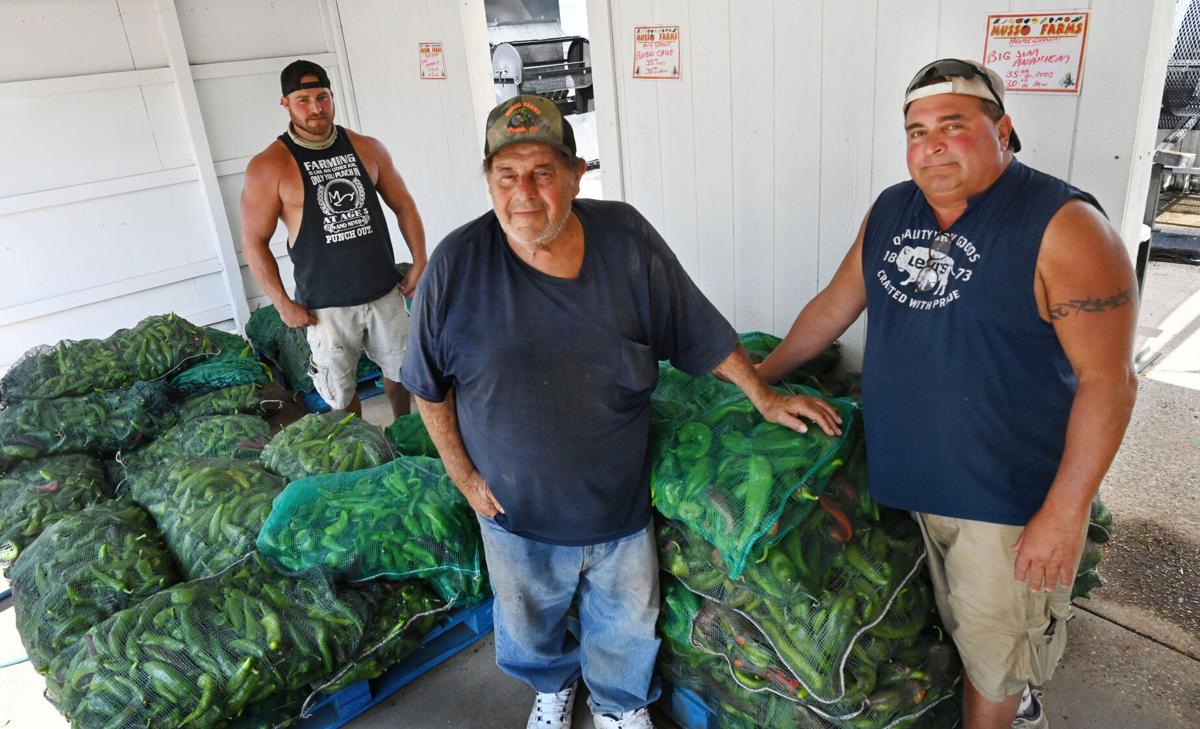 Carl Musso Sr., center, his son Carl Musso, Jr. and grandson Rocco Musso have all made their livings on the family farm. 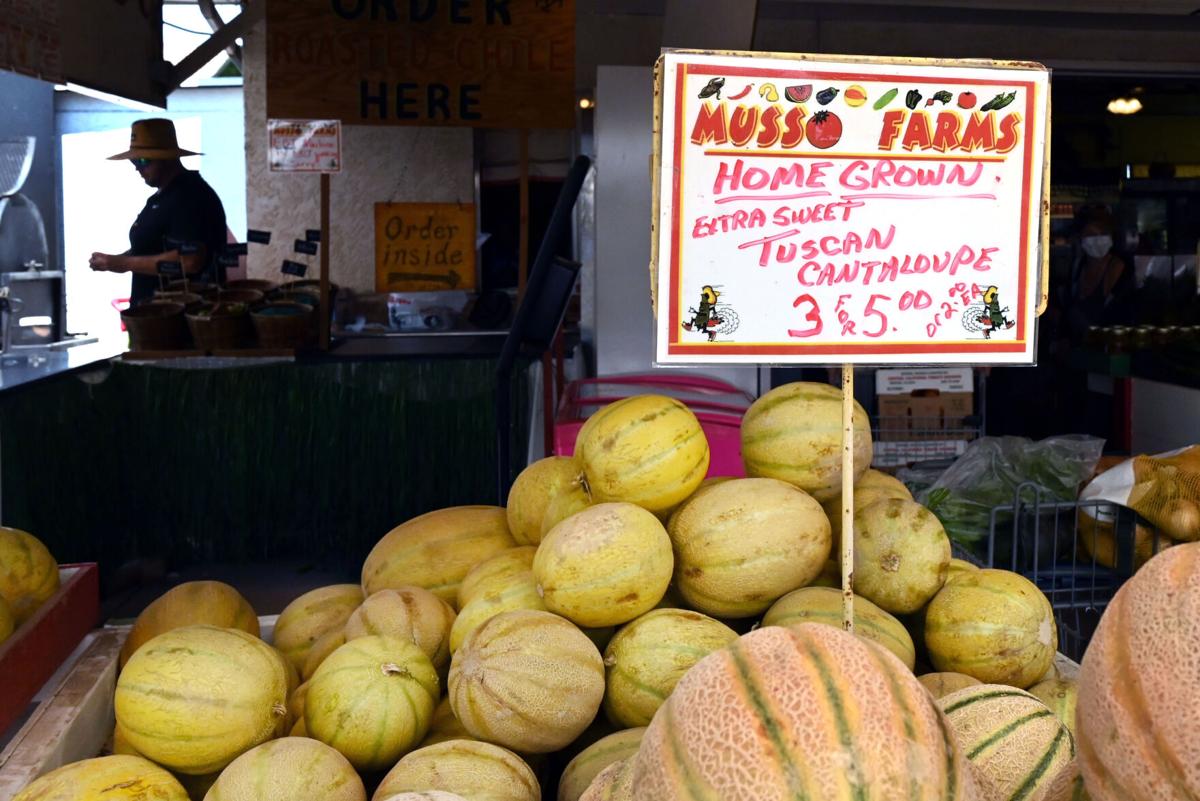 Produce from Musso Farms is sold at a market at the farm. 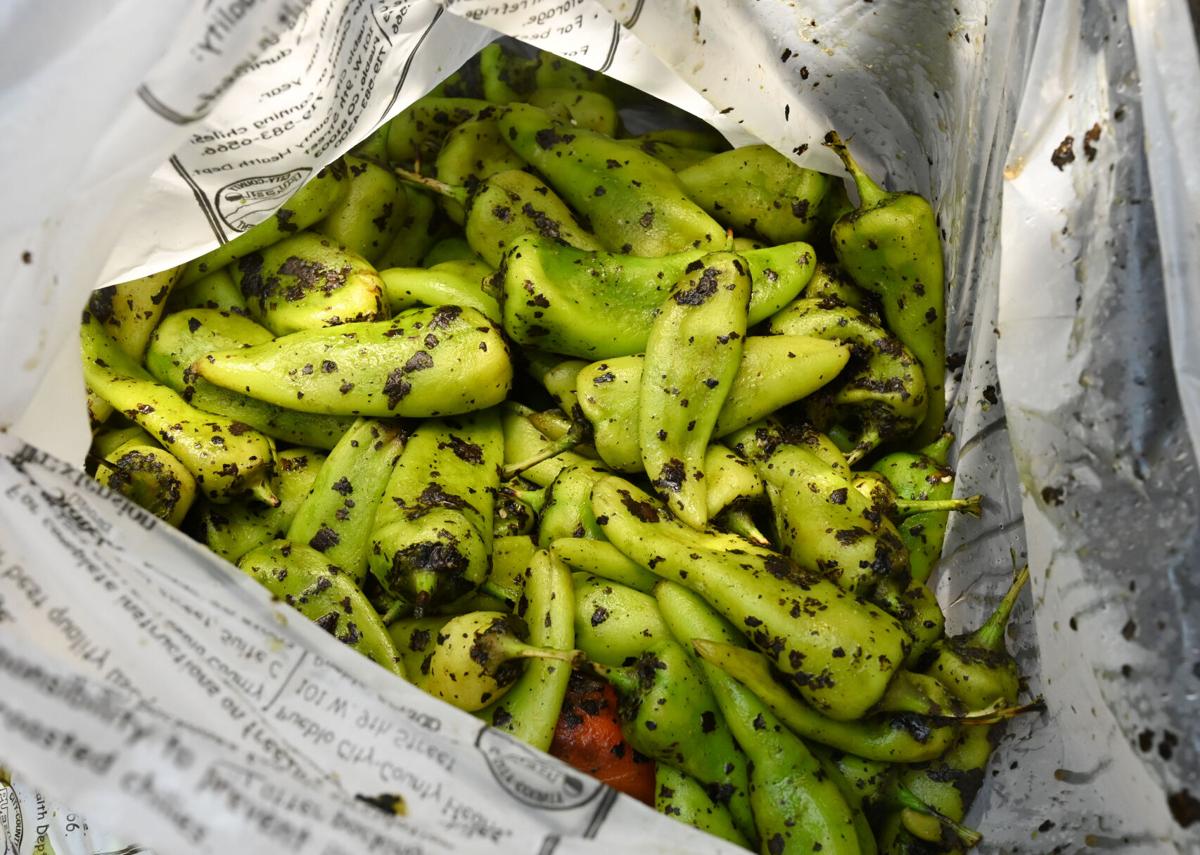 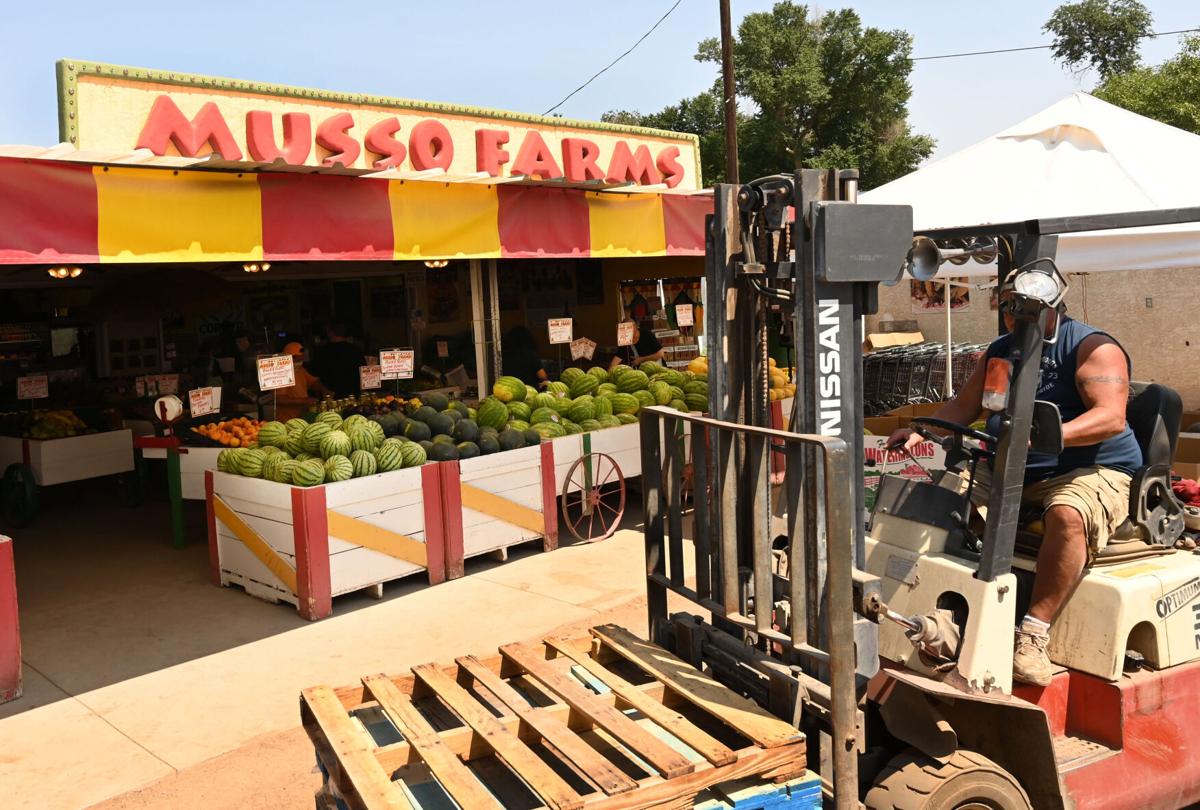 Rocco Musso dumps a sack of green chiles grown on the family farm into a fire roaster. The Musso family has been farming east of Pueblo going back multiple generations. The family farmers are among those who have made Pueblo’s green chiles so well-known.

Carl Musso Sr., center, his son Carl Musso, Jr. and grandson Rocco Musso have all made their livings on the family farm.

Produce from Musso Farms is sold at a market at the farm.

Pueblo, long known for its famous green chile, is also known for some of the longtime family farmers who have helped put those chiles on the culinary map.

Like the Mussos. They have been tilling the fields east of Pueblo for five generations, dating back to 1904 when Calogedo Musso immigrated from Lucia, Sicily.

We talked with Rocco and his grandfather, Carl Sr., who is 79 and still gets on the tractor to work the field. Later, Rocco’s dad, Carl Jr., better known as “Carly” around the farm, joined the conversation.

After Calogedo came to America, he and his family settled in Colorado. Once here, they farmed to survive, raising vegetables and pigs. They canned and stored food for the winter, and cured hams and bacon.

Calogedo and his two brothers bought the farm in 1904, and the original farmhouse is still here. Hank, Carl Sr.’s father, was the first Musso to be born in the United States, right on the farm where we were talking

“My dad would have a fit if he knew I followed him to farm this land,” said Carl Sr. “It’s such hard work and unpredictable with climate changes. It’s hard to make a living.”

Hank farmed into his mid-40s, until he lost his hand in an accident. The farm was rented for 15 years, until Carl Sr. got out of high school in 1960 and started working the 10 acres of farm land.

“In 1961, when Mom and Dad passed away, I got the farm (land) and my sister got the house,” Carl Sr. said. “I threw up a shack near the road in the front yard of the house. Laid down a blanket to sell the sweet corn I was growing. I’d pick 200 bags of corn in the morning and come back to find dozens of customers ready to buy it.”

In 1973, he built a home next door to his sister’s house. In 1977, he had a garage made of cinder blocks added where he started his small produce market. Over the years, as the farm acreage grew, more market space was added to house the vast array of produce harvested from the farm’s now more than 120 acres.

And of course, there’s a chile roasting pit with six huge roasting drums, which Rocco oversees. With the chile harvest at its peak, there’s a lot of action there.

Chile roasting has been a boom to the business.

“Before there were chile roasters, we only sold the chiles raw,” said Carl Sr. “Now it is so popular we added more roasters, so people didn’t have to wait to get their chiles.”

On the Wednesday morning we visited the farm, the roasters were in constant rotation. Customers were also filling up carts with boxes of tomatoes and other vegetables.

“It’s been amazing to watch this year,” said Carly. “There’s been a return to canning, and customers are stocking up on fresh produce. That coupled with the shortages early in the pandemic has helped our business too.”

The Musso Farms story would not be complete without mentioning the legendary Sicilian sausage, made from pigs that were raised on the farm. It started as a dried link to stretch food through the winter. Today it’s a fresh-ground, savory-spicy burger patty and the foundation of a hoagie-style sandwich called the Fuggedaboutit. Why is it called that? If you’re worried about your cholesterol and have one these, you can fuggedaboutit.

The signature dish was created by Carl Sr. and sold at the Musso Restaurant he opened more than 20 years ago near the farm. His daughter, Lisa Musso Marino, runs the casual, old-school diner. She and her son also have booths at several local farmers markets where they sell produce from Musso Farms.

Here are a couple of new cookbooks that can help you get flavorful meals on the table: “Vegetarian Surprises: Homestyle Indian Recipes from My…