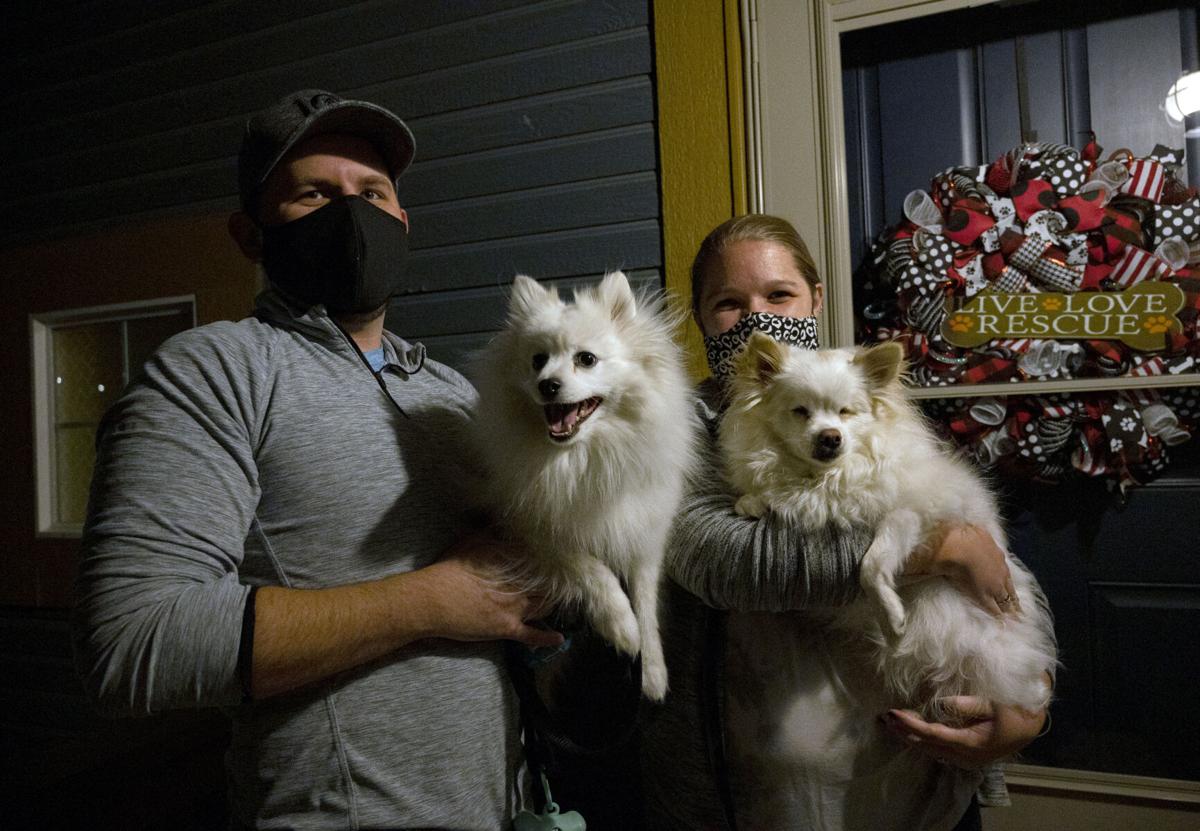 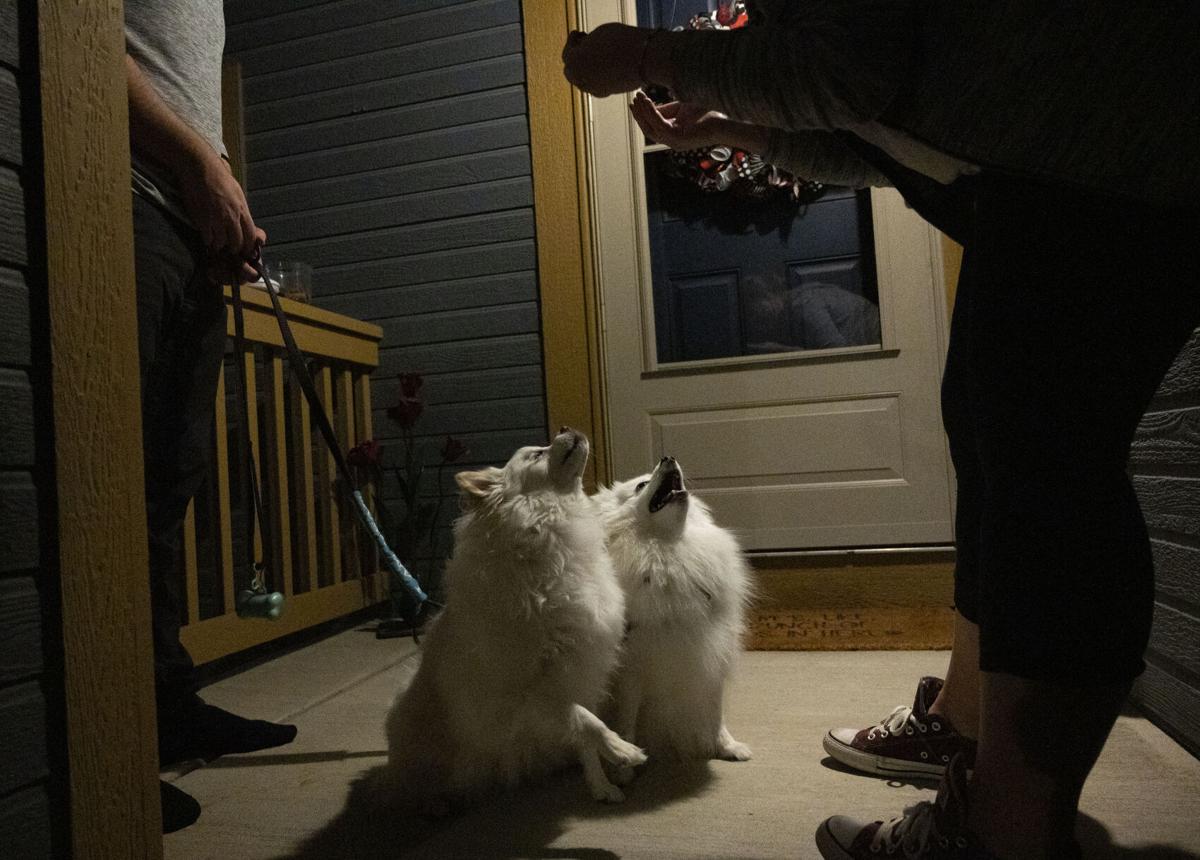 Uki, left, who is blind, and Tink, who is deaf, wait for a treat from Mollie Trusedell while her husband Ian watches Tuesday, Nov. 17, 2020, outside their Colorado Springs home. (The Gazette, Christian Murdock)

Uki, left, who is blind, and Tink, who is deaf, wait for a treat from Mollie Trusedell while her husband Ian watches Tuesday, Nov. 17, 2020, outside their Colorado Springs home. (The Gazette, Christian Murdock)

While they’re known as man’s best friend, not all dogs make friends easily.

Mollie Trusedell knows that well. Of her four pups, two are Pomeranians that look like small white fluffs of cuteness. They also have special needs. Uki is blind and has a long list of medical issues. Tink is deaf.

Trusedell fostered the dogs because of their differences. And ended up keeping them both for the same reason.

“They were foster fails,” Trusedell said. “For Tink, he just came in and was so happy and fit in our family perfectly. We decided he’s not going anywhere.”

Their differences also sometimes scare off or confuse other dogs at parks or at places like Pub Dog, the bar and restaurant that caters to dogs with a large off-leash patio area.

“With me personally, we often get weird vibes from other dogs,” she said. She says that’s because her blind pup can’t make the same eye contact that other dogs are used to.

Trusedell and her husband moved here a year ago from Columbus, Ohio, where they were heavily involved with Speak! for the Unspoken, a foster-based rescue nonprofit that focuses on dogs with special needs. Through that group, Trusedell fostered at least 20 dogs and found other people passionate about caring for dogs who need someone.

“Often, these are the dogs that are overlooked in normal situations,” she said.

She’s heard horror stories of breeders trying to kill dogs with hearing or seeing issues. One of her own dogs was found in a trash bag filled with rocks. “Someone had tried to drown her,” Trusedell said.

Trusedell hadn’t found anything like Speak! for the Unspoken here, until Pub Dog announced it would host a meetup for dogs with special needs.

“We had a bunch of people ask, so we’re going to try it out,” Pub Dog stated on Instagram.

Within hours of seeing the announcement on social media, Trusedell commented. “OH MY GOD,” she typed with four exclamation points. “You all are the BEST!”

The excitement comes from knowing there’s a “safe place you can bring a special needs dog,” she said. “It’s very needed.”

The meetup was originally scheduled for Nov. 30, but will likely be rescheduled because of new COVID-19 restrictions announced Monday for El Paso County. Pub Dog will post updates on social media.

Trusedell, who works as a receptionist at a local veterinary clinic, hopes to trade tips for training dogs at the meetup.

By “trial and error,” she’s learned how to train dogs who are deaf and/or blind.

“I want people to know these dogs can do just about anything a normal seeing and hearing dog can and they can live a completely fulfilled life,” she said.

“It’s important to show that just because these dogs are different, it doesn’t mean they can’t be happy and make their owners happy.”

“It’s not the dog’s fault,” she added. “They deserve every chance they can get.”

OK, fine. Christmas music, and the simple cheer it brings, can come early this year.