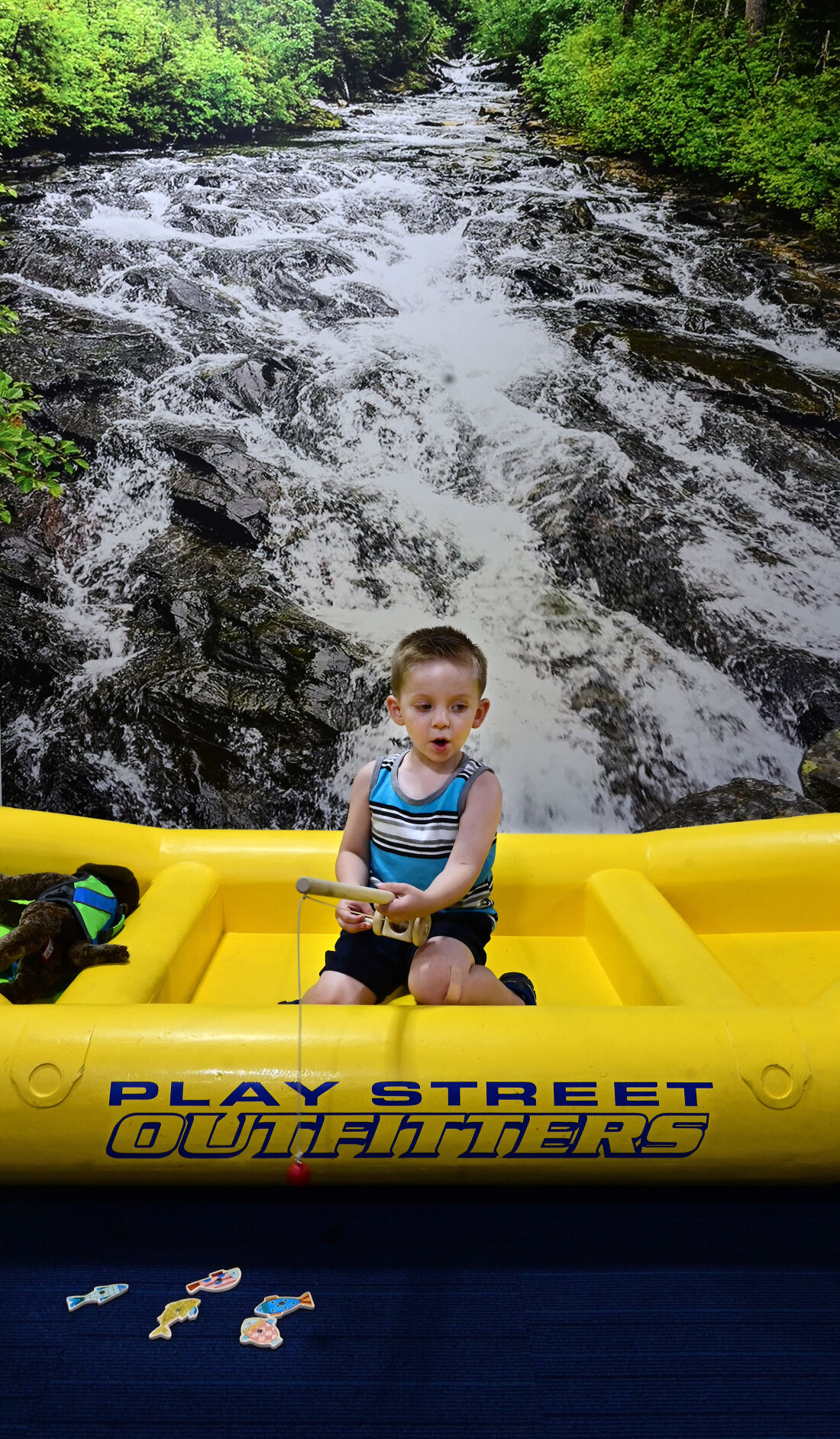 Austin “fishes” off a raft at the Play Street Museum on Austin Bluffs Parkway. 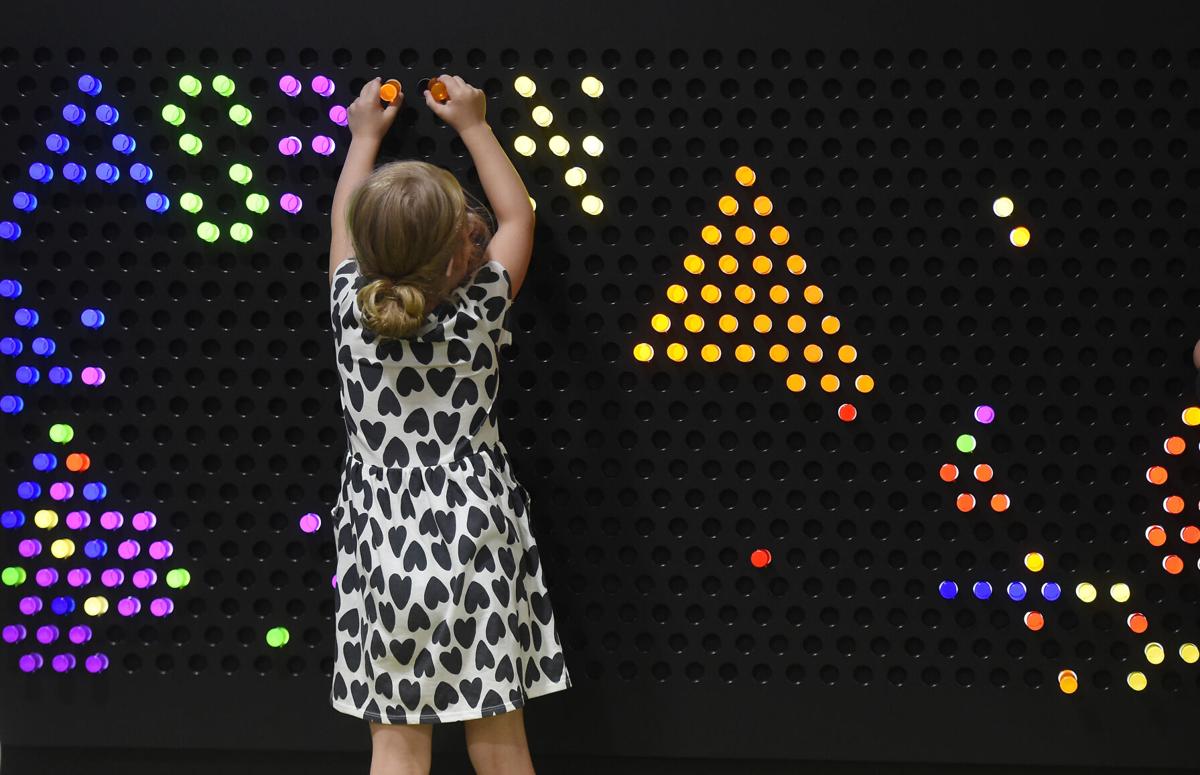 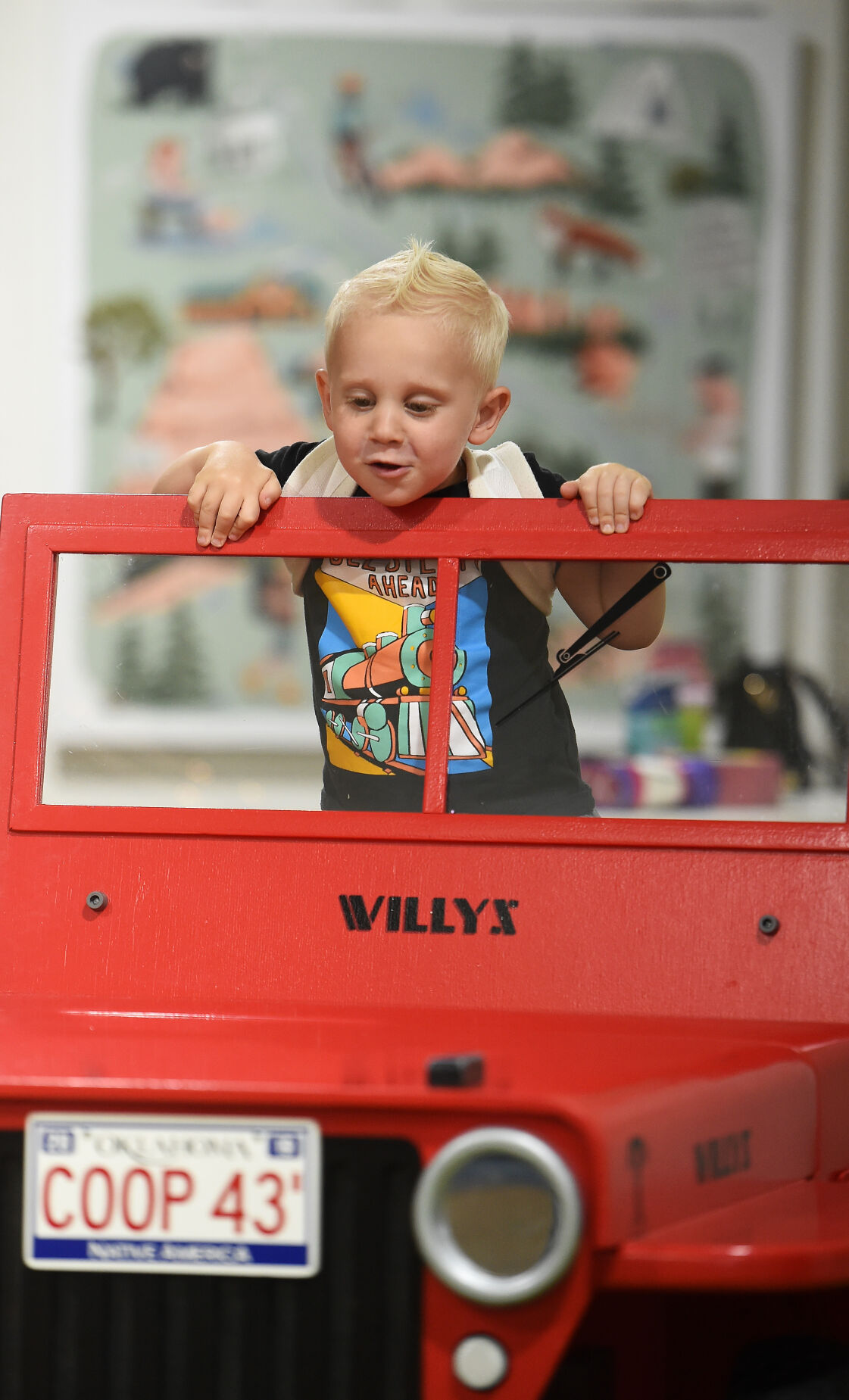 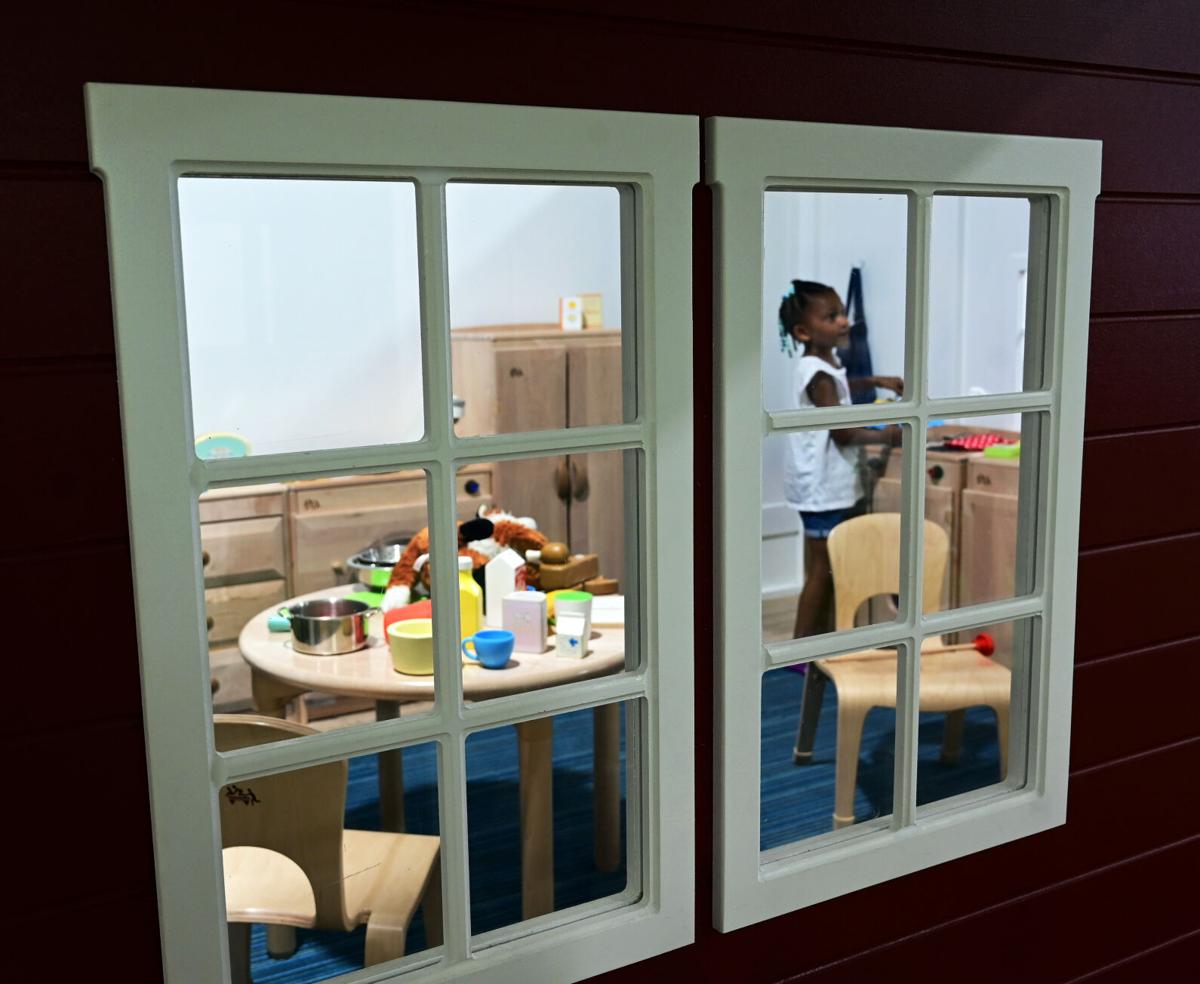 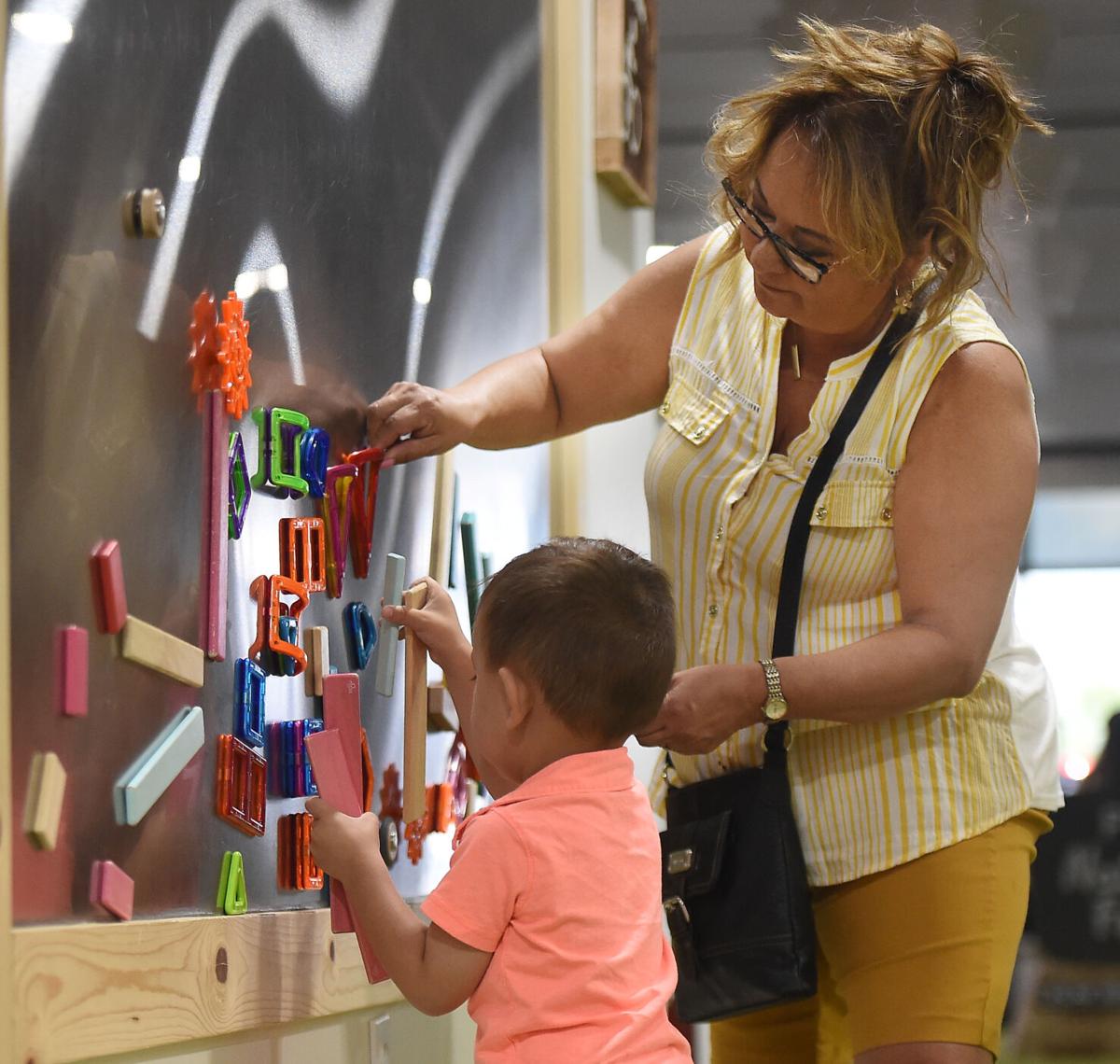 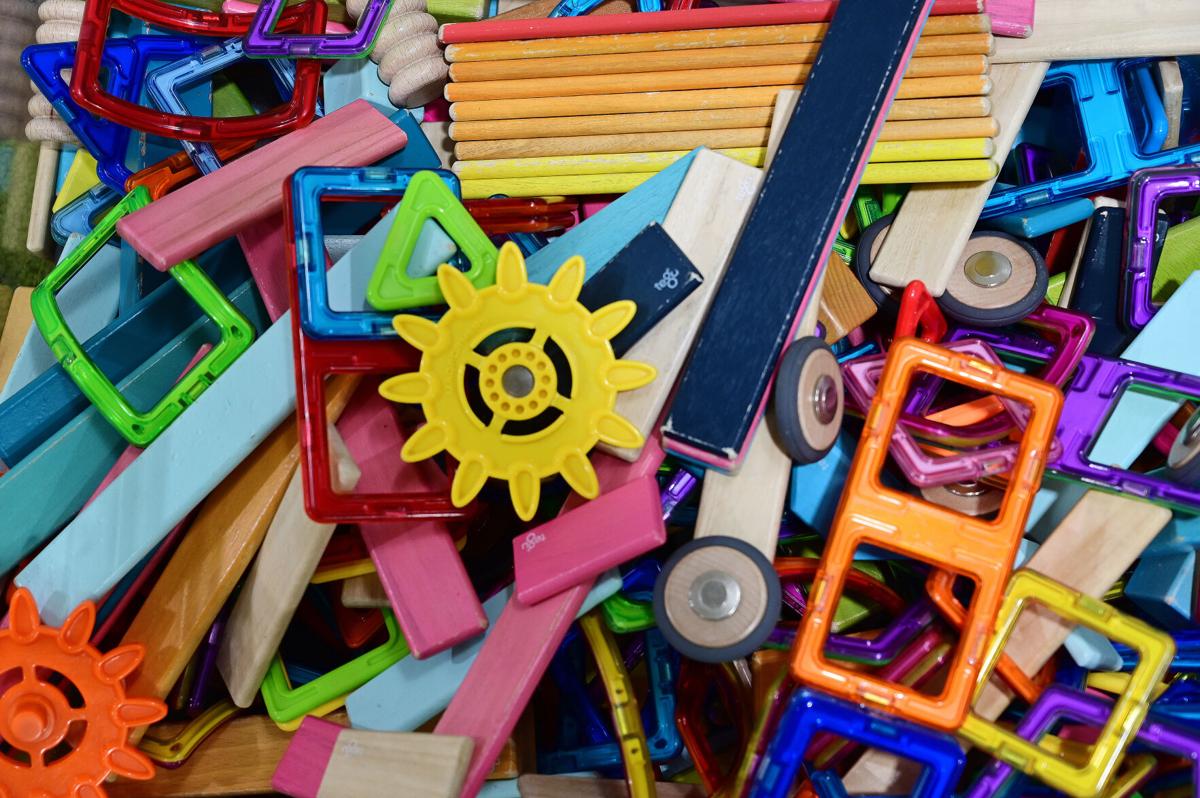 Austin “fishes” off a raft at the Play Street Museum on Austin Bluffs Parkway.

On a hot Texas afternoon a couple of years ago, Christina Rodriguez Ballinger was looking for something to do with her 2-year-old granddaughter. Preferably, something indoors.

She turned to Google, where she searched for nearby children’s museums. One came up she hadn’t heard of: Play Street Museum.

At the farm-themed museum, Ballinger watched as her granddaughter, Grace, “had the best time.”

They later visited four other Play Street Museum locations in the Dallas area, just because of how much Grace loved them.

Courtney Muccio founded the network of small-format children’s museums in 2014, when she had four kids under the age of 12. Her vision was to open “not a typical play place,” as she wrote on the Play Street Museum’s website, but a place that “fostered creativity through unstructured playtime.” And, she said, much more.

“I wanted it to be highly educational and with the same level of quality and interactivity as a world class children’s museum,” Muccio wrote online. “While I love children’s museums, oftentimes they are so large and over-stimulating that it makes it hard for kiddos to engage. Thus a small format children’s museum was born.”

There are now Play Street Museums in Texas, Missouri and Oregon, each with different themes like “the farm” or “town square.”

It got Ballinger and her husband, Russell, thinking. He had recently retired early from a corporate job. And she had ended her career as a library assistant. They were looking to open “some sort of mom and pop kind of thing.”

“We just felt like this was a good fit,” Ballinger said. “The Colorado Springs market was wide open for something like this.”

The couple launched a “great outdoors”-themed museum in Colorado Springs in August 2019.

Since then, “it’s been quite a journey,” says Ballinger.

The museum on Austin Bluffs Parkway was only open a few months before the coronavirus pandemic began and shut it down. After back and forth closures, the museum has been back open since December.

The 3,000-square foot bright and colorful space brings touches of the outdoors into a hands-on museum setting, with features like a treehouse, lakehouse, cabin, general store and an area to dress up like a park ranger.

Targeted for kids aged 8 and under, Ballinger said the Play Street Museum invites kids to experience the benefits of “unstructured playtime.”

“If you think about it, kids go from soccer to ballet to piano lessons, and all those things are important and good,” she said. “But there’s something to be said for taking a step back and giving them old-fashioned playtime.”

And that playtime turns into lessons.

“Children learn through play,” Ballinger said. “When they’re here, they’re using their motor skills, processing skills and critical thinking skills. And they’re learning socialization, which is so important, especially coming out of a time where kids have been at home so much.”

And it happens in a no-pressure environment, she said.

“When they walk in, they forget about their troubles,” she said. “When they leave, they’re more relaxed and they’ve had good family time. And they’re just smiling.”

It started with the last time she visited her grandmother’s house.