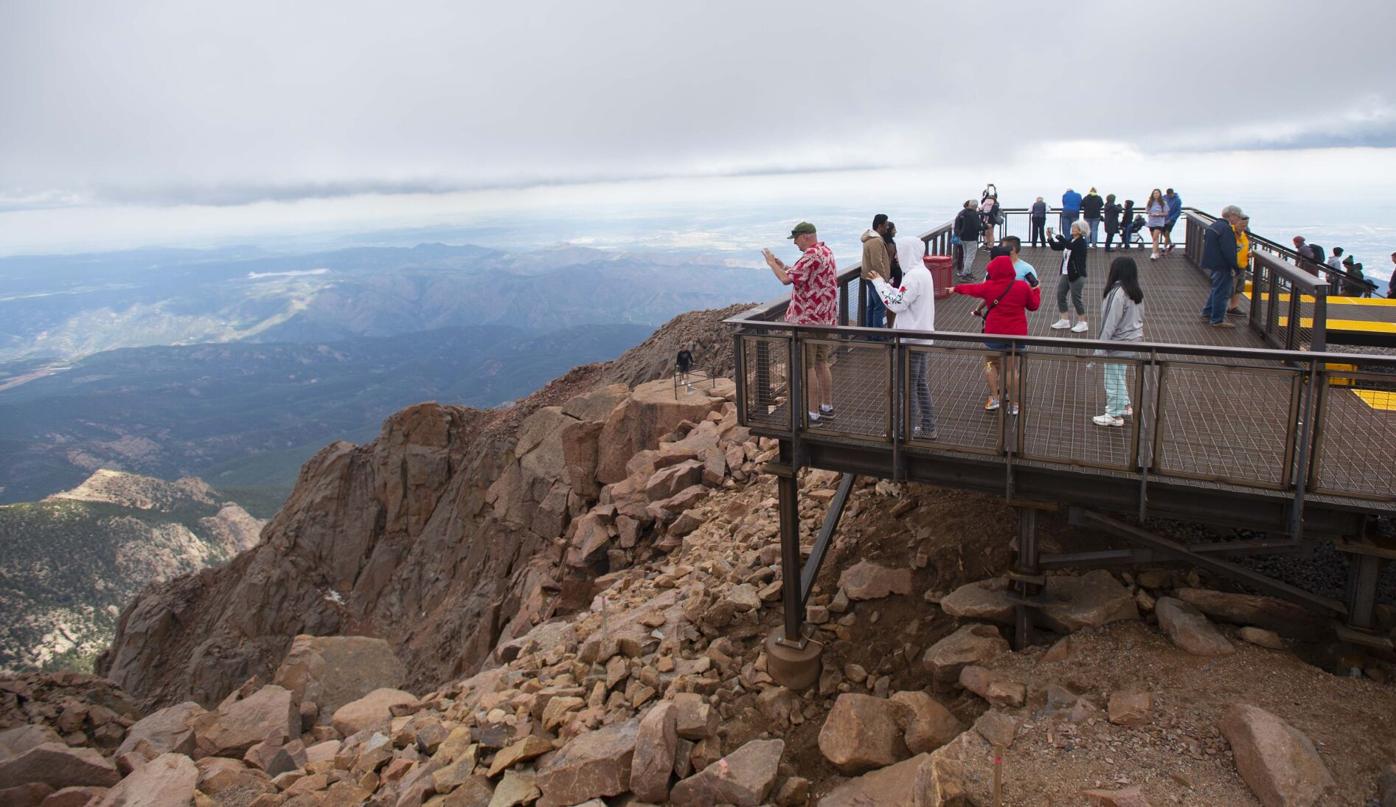 Visitors check out the view from the North Overlook of the the Pikes Peak Summit Summit Complex. 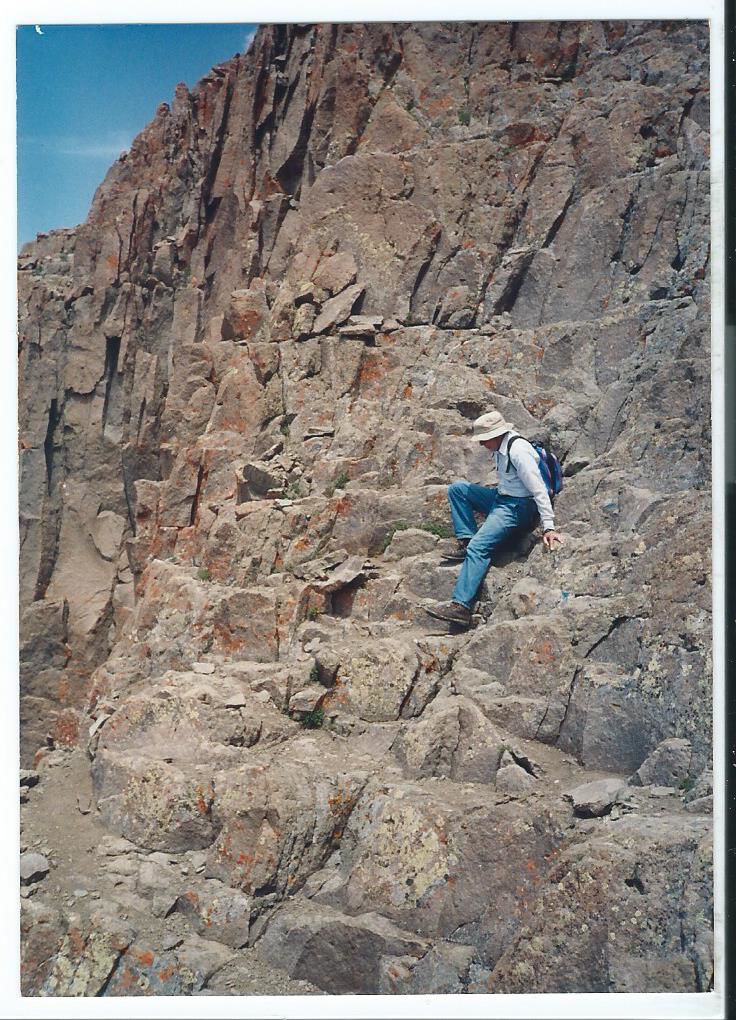 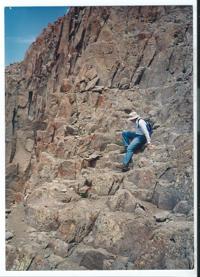 Jim Strub descends Wetterhorn Peak in 1992. At 92, Strub continues to climb fourteeners, with 500-plus climbs on Pikes Peak. 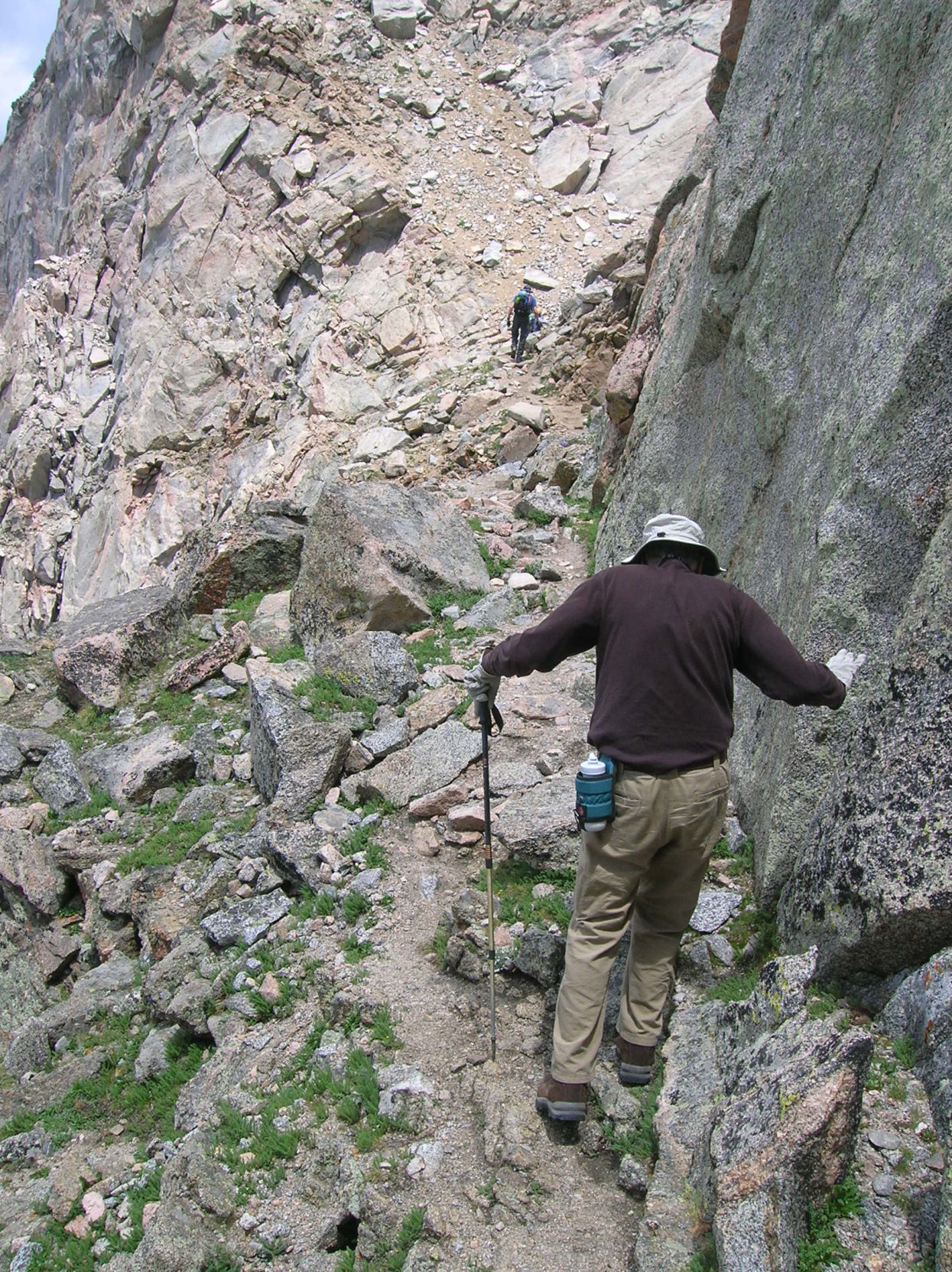 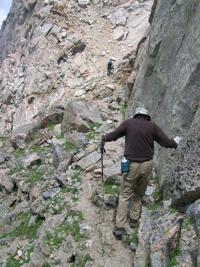 Jim Strub traverses the Sawtooth ridge between Mounts Bierstadt and Evans. The 2011 trek inspired his written reflections of God’s presence in the mountains. 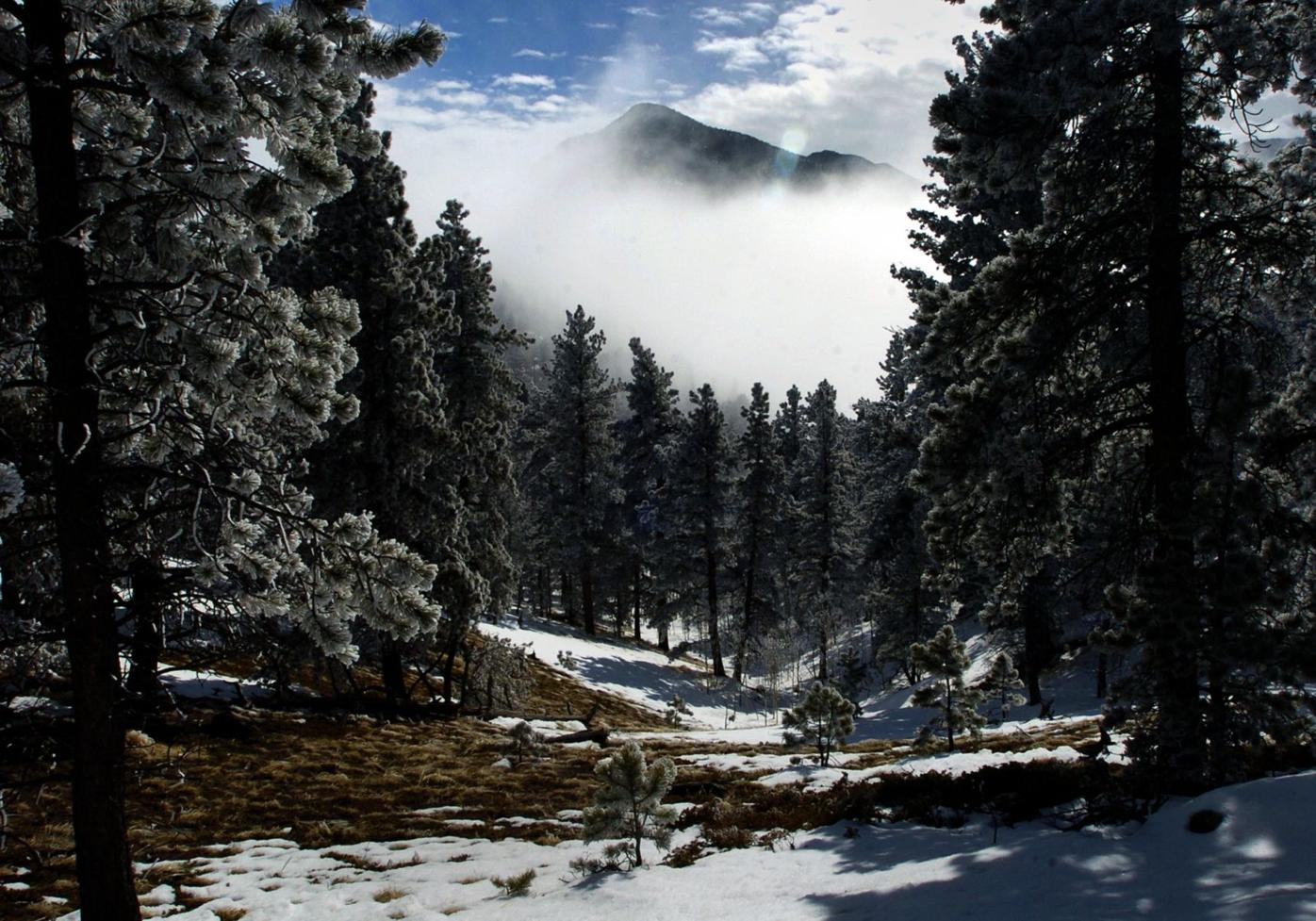 The view from the Barr Trail shows Cameron Cone peeking through the clouds for a moment before surrendering to incoming storm in 2005.

Visitors check out the view from the North Overlook of the the Pikes Peak Summit Summit Complex.

Jim Strub descends Wetterhorn Peak in 1992. At 92, Strub continues to climb fourteeners, with 500-plus climbs on Pikes Peak.

Jim Strub traverses the Sawtooth ridge between Mounts Bierstadt and Evans. The 2011 trek inspired his written reflections of God’s presence in the mountains.

"Someone was commenting on how awe-inspired they were by their trip up to the new (Pikes Peak) Summit House and the views and all that," he recalled. "And what they wrote in the comment section was, 'Why isn't this a national park?'

"I thought, 'Oh yes, why isn't it?' It's because nobody has gone through the trouble to do it."

Strub, 92, is going through the trouble.

The man who has been a staple on the mountain for five decades has taken it upon himself to explore the bold idea.

Strub has prepared a lengthy proposal for a national park encompassing the Pikes Peak massif. Ideas outlined, he said, were born in consultation with a small group of knowledgeable, interested people who have remained quiet about the subject — hesitant to speak for organizations they represent while the controversial subject has hardly lifted off the ground.

"There's a lot of work to do," Strub said. "Most of the past year has been putting together the proposal, and only recently have we gotten into the campaign stage. Which is not something I'm used to. I'm not political."

But Strub is familiar with rigmarole regarding affairs on America's Mountain.

He's well connected, having built relationships with regional decision-makers and movers and shakers since the 1980s. That's when he was appointed to be a citizen voice on matters concerning the Pikes Peak Highway. During that advisory, he also joined talks to open the North Slope Recreation Area. He later advocated for public access to the south slope lakes.

He had a seat at the table for the Pikes Peak Multi-Use Plan, published in 1999. He spent the next decade plotting the Ring the Peak Trail, what amounts now to a 63-mile horseshoe path around the mountain. The final gap is mired in bureaucracy and land disputes.

Strub sees that loop's completion as one possibility of a national park designation. In the hands of the National Park Service instead of the U.S. Forest Service, he foresees "much broader" recreation across a playground that he maps between 195 and 236 square miles.

The National Park Service's legal mandate is different, Strub said: "For the enjoyment, education and inspiration of this and future generations."

The Forest Service "just (doesn't) have the time and money to do anything beyond what they have to do, mainly fire mitigation," Strub said. "This is not intended to be critical of any person in the Forest Service. It's just what the basic mission is."

He envisions the massif's lesser-ventured canyons, drainages, couloirs and mountaintops becoming more accessible — "jewels that practically nobody can get to, except those I call the intrepid," Strub said. The proposal points to park portals at the current highway toll, at the Crags Campground and off Gold Camp Road in the Cripple Creek area.

But the proposal falls short of settling any number of foreseeable conflicts, not the least of which is the city of Colorado Springs' money-making enterprise based on the highway. Aramark and The Broadmoor represent other business interests. Strub's proposal notes Colorado Springs Utilities controls at least 10% of the land within the proposed boundaries.

Any new unit of the National Park Service is intensely studied — a process that in recent years has taken at least a few years, according to Congressional Research Service, the agency providing nonpartisan policy review. Congress must first authorize a study.

"It is generally regarded as difficult to meet the criteria and to secure congressional support and funding for expanding the National Park system," reads an analysis by Congressional Research Service.

Strub looks to 1917 for the last time a national park around Pikes Peak was seriously considered. Then-U.S. Rep. Charles Timberlake asserted that Pikes Peak was "beyond a doubt America's most famous mountain" and "indelibly woven into romance, history, and development of the West."

Strub suspects Timberlake's idea "may have gotten lost in the turmoil of World War I."

Such an effort is "very consuming," Strub said, "and I didn't expect to spend my last years doing something like this."

At 92, he also doesn't expect to see his dream become reality. "But I would at least like to see the study get started," he said.