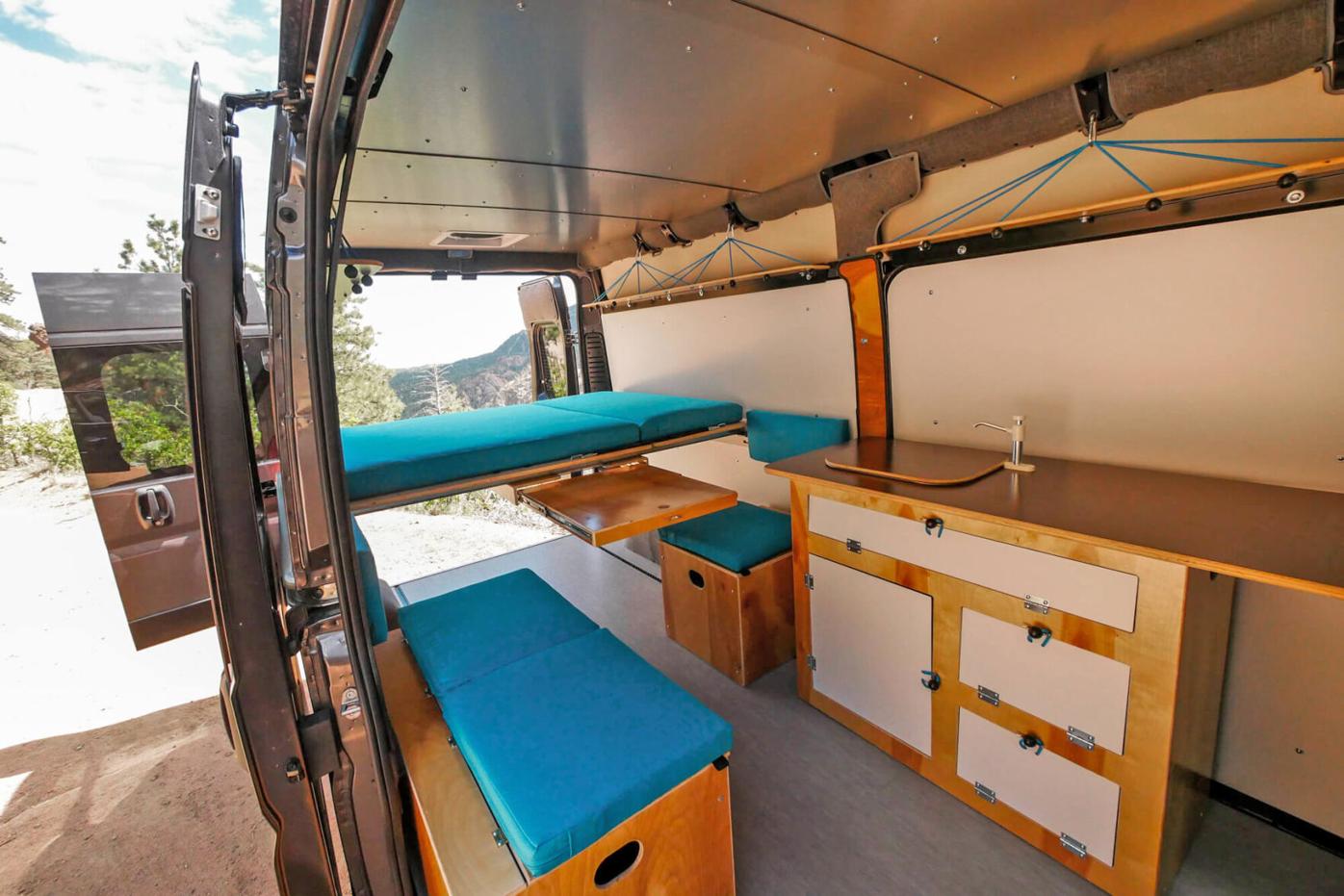 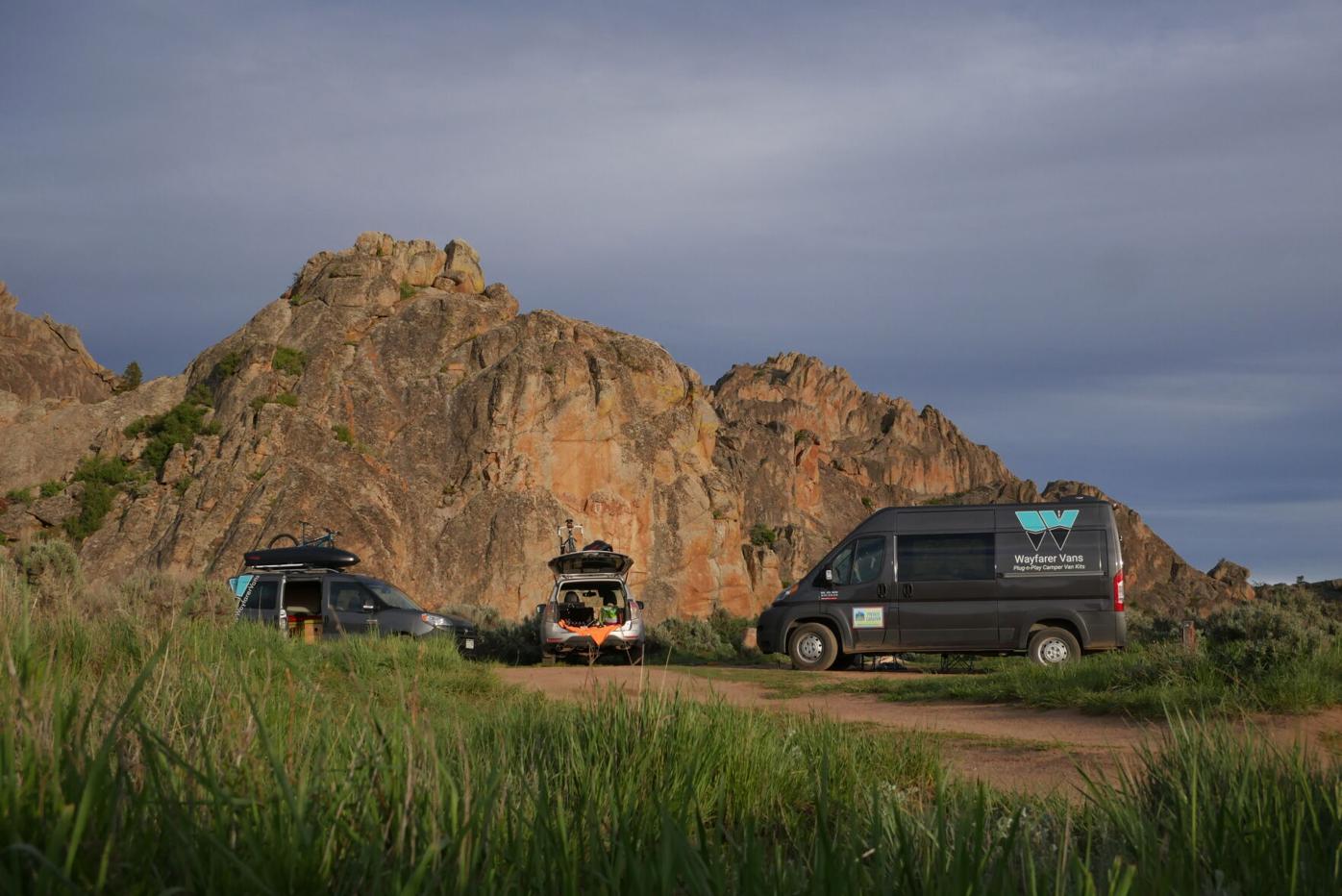 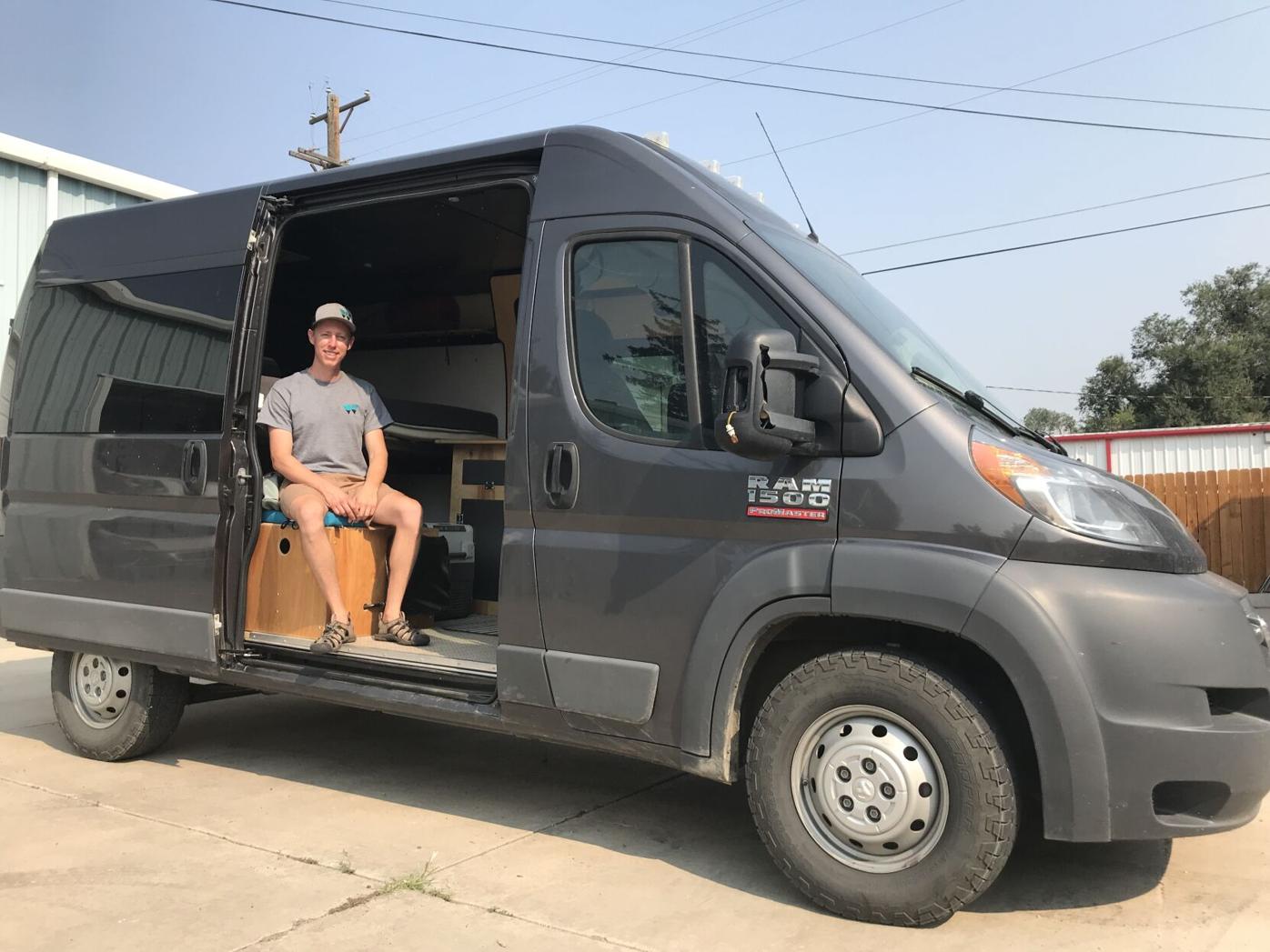 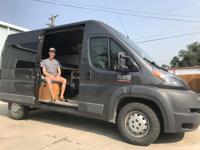 Ian Horgan sits in one of the camper vans his Colorado Springs-based company, Wayfarer Vans, customizes. More have discovered the 33-year-old's growing company during the COVID-19 pandemic. Photo by Seth Boster, The Gazette

Ian Horgan sits in one of the camper vans his Colorado Springs-based company, Wayfarer Vans, customizes. More have discovered the 33-year-old's growing company during the COVID-19 pandemic. Photo by Seth Boster, The Gazette

"It was definitely scary," said the young entrepreneur behind Colorado Springs-based Wayfarer Vans. "Come early March, our sales just tanked. And spring is our big time of year because people are gearing up for summertime."

Little did Horgan know that people would be gearing up more than ever.

The camping sector, like the biking and kayaking sectors and just about every other provider of adventure goods, has experienced a summer of boom. Busy trailheads and campgrounds have been clear indicators, as have been numbers by the RV Industry Association. July shipments were up about 54% from the same month in 2019, the association reported.

And the growth also has reached a warehouse tucked back in an industrial zone on the Springs' southeast side. Horgan's tiny, trendy company is being discovered.

When Colorado's fall colors are expected to peak: the 2020 forecast

Wayfarer Vans' full-time staff is up to 15, Horgan said, to include more sales people ("journey architects," he calls them) and marketing people ("storytellers"). Other job descriptions have been posted as "outdoor enthusiasts."

During the pandemic, Horgan, chief van officer, has added a Ford Transit model to go with the Ram ProMasters his team outfits with bed platforms, kitchenettes, cushioned seating, hardwood flooring, shelving and more, all hand-fashioned here at the base. In July, Horgan added a second base in Reno, Nev.

"We're going from the look of a start-up to more of a full-time company," said Horgan, who at 33 is younger than many of his employees.

He launched Wayfarer Vans in 2015 in his single-car garage. The idea was to ride the "van life" wave but, rather than appeal with the glamour depicted across social media, stick to the basics. "Plug-n-play" is the motto. Customers bring their new or used Ram ProMasters to Horgan's shop — he partners with a local dealership — and in four or five hours their vans are equipped with living sets ranging between $5,000 and $11,000.

At the shop, customers have marked their home states with pins, from coast to coast, including Alaska. Horgan expects the map to keep filling.

There's been "something of a silver lining" to the pandemic, he said, "where it's introducing a lot of people to the outdoors."

Colorado Springs has 13 guardians for estimated 270,000 trees. These are just 3 priorities

City forestry's full-time staff is 13 — responsible for an estimated 250,000 trees standing by streets and another 20,000 believed to occupy nearly 10,000 acres of parkland.