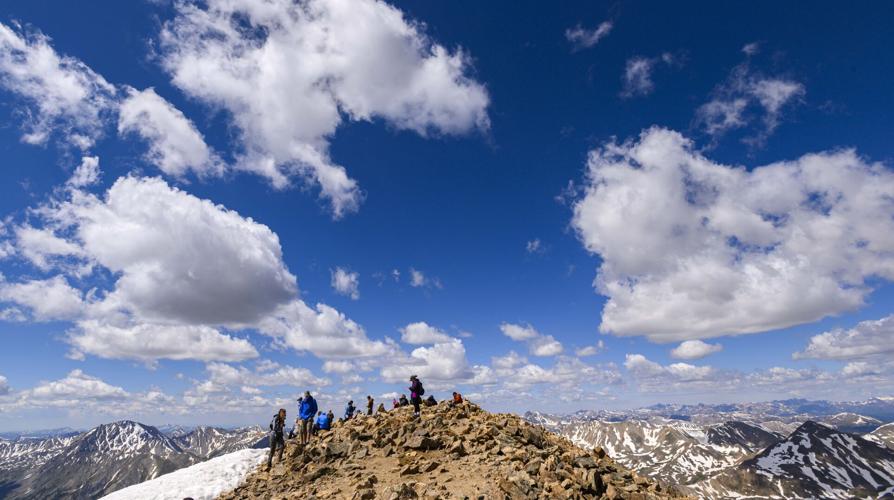 Climbers gather on the summit of 14,433-foot Mount Elbert on a busy Saturday morning in June 2020. 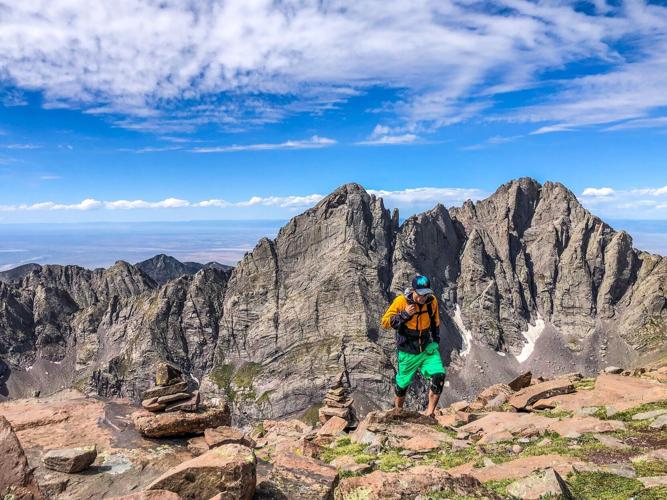 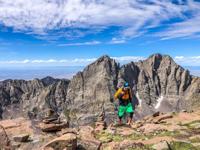 Climbers gather on the summit of 14,433-foot Mount Elbert on a busy Saturday morning in June 2020.

The number of people climbing Colorado highest mountains dropped last year, according to a new study.

In a news release, CFI Executive Director Lloyd Athearn said the "pandemic boom" of two years ago "was followed by a significant bust in 2021." This, he said, came "as trailhead communities looked to control parking, landowners closed access due to liability concerns, other recreational options opened up as the pandemic lessened, and wildfire smoke choked off visitation mid-summer."

The biggest change came along the popular route known as "Decalibron," covering mounts Lincoln, Democrat and Bross. From May until early August last year, the route was closed as landowners worried about liability. CFI's estimate between 25,000-30,000 hiking use days were slashed to 7,000-10,000 year to year.

Quandary Peak remained the most-hiked fourteener while land managers continue a regime of reservations and shuttle parking. Still, CFI tracked a 29% decrease in use last year (35,000 hiker days) compared with the count of 49,000 in 2020.

Grays and Torreys peaks have also seen changes in management. Clear Creek County has been ticketing people who park along the road leading to the trailhead. That "forced many people to park near I-70 and hike the 3.5-mile long road, contributing to lower use levels," read CFI's report. Hikers dropped to as many as 25,000 last year, down from as many as 35,000 in 2020. 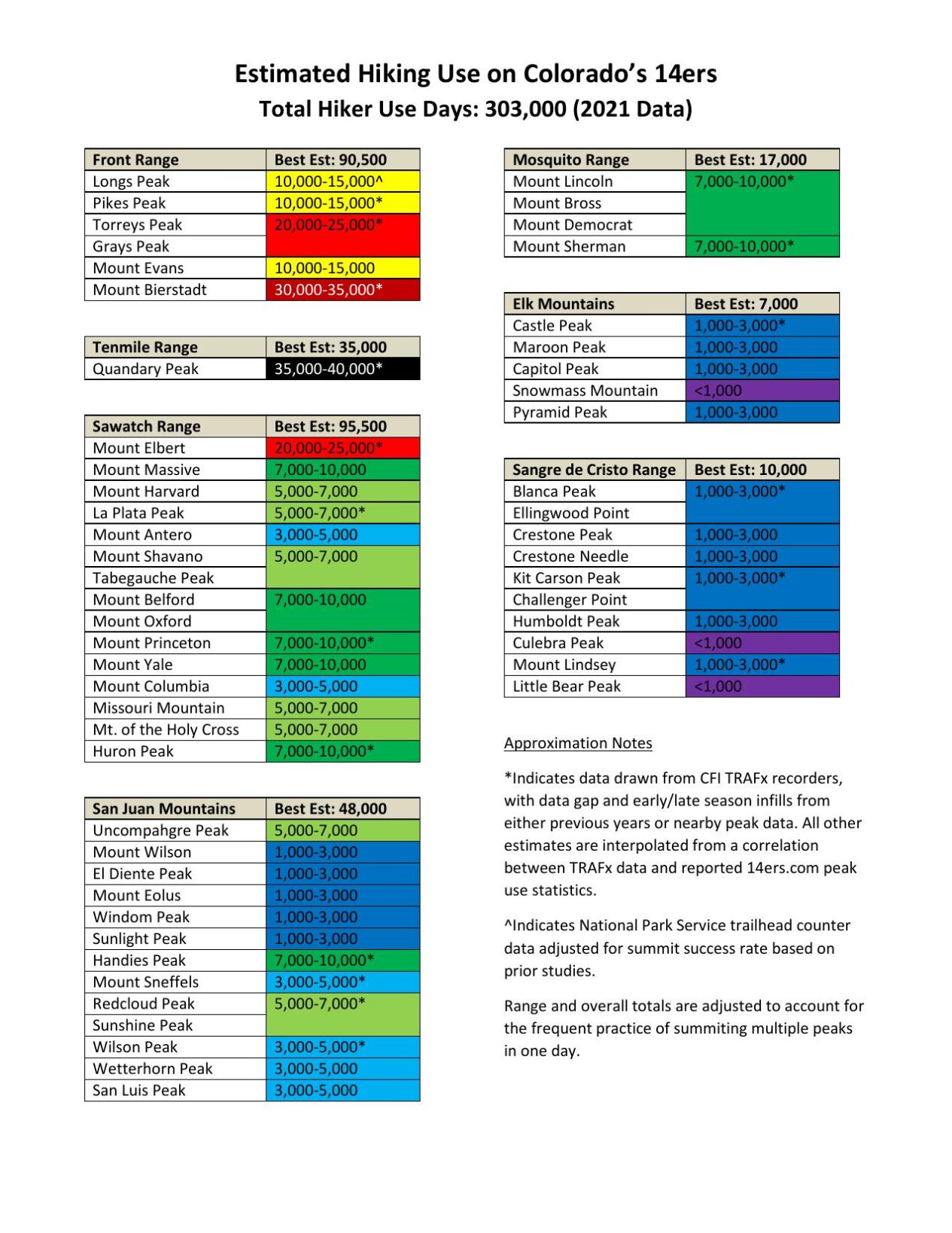 CFI noted a "plunge" in hiking the first weekend of August last year, when air quality reached unhealthy levels due to wildfires.

Drawn from infrared counters on trails and data sources such as 14ers.com, CFI's latest estimate is in line with pre-pandemic numbers. The mark of 303,000 represents a 5% increase from the 2019 count.

The Somewhere Else land of miners, hippies, music stars and a frozen dead guy | Colorful Colorado

Numbers along Decalibron figure to increase in next year's report. Officials and advocates last month announced an agreement with landowners to keep open the trail around mounts Lincoln and Democrat, though the summit to Bross remains closed "due to a fractional private ownership," according to a news release.

After Quandary Peak, CFI counted the second-most hiking on Mount Bierstadt (30,000-35,000). Mount Elbert's estimates tied with Grays and Torreys for third. Mount Evans, Longs Peak and Pikes Peak were the next most-hiked, with all seeing between 10,000-15,000 hikers.

Waterfalls, lakes, creeks, hideaways: Where to beat the heat in and around Colorado Springs

While the summer heat lays thick in the city, refreshing waters await around Colorado Springs and across the foothills.