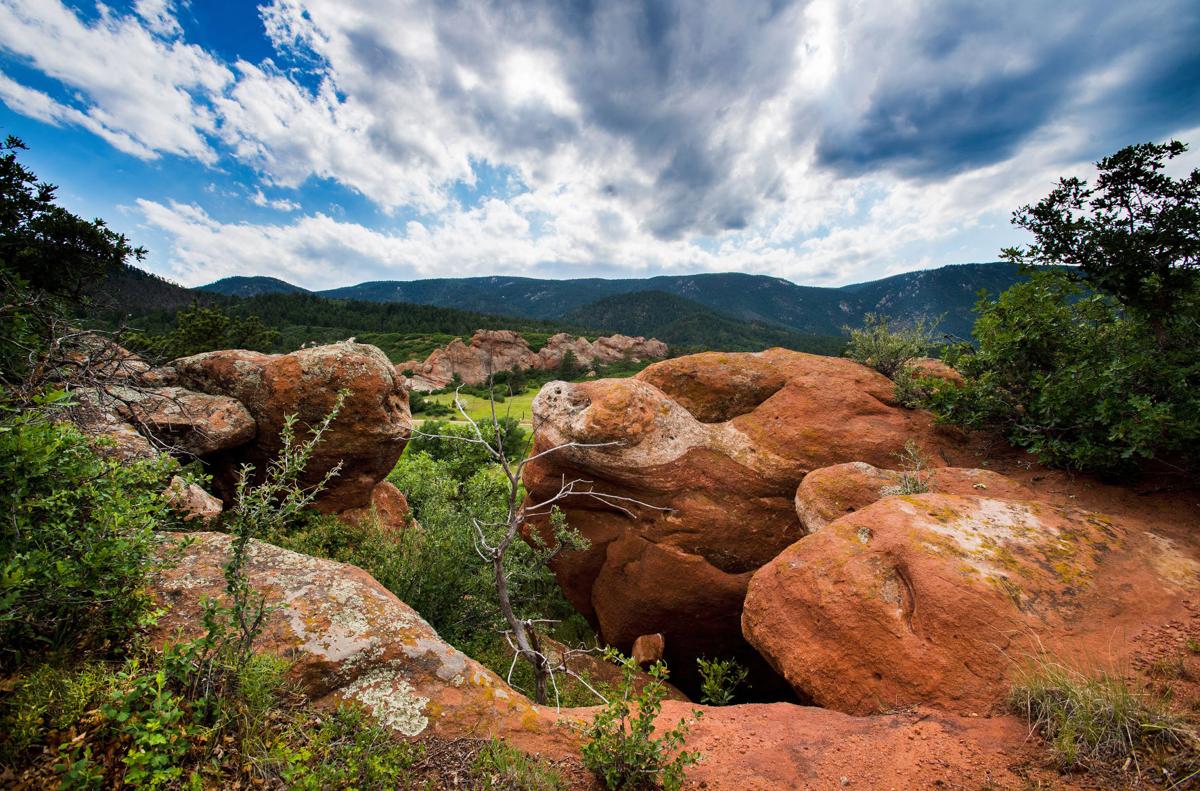 Afternoon clouds roll over some of the red rock formations at the 2,038-acre Sandstone Ranch outside Larkspur.

Horses graze at Sandstone Ranch. The Douglas Land Conservancy bought the 1870s ranch to use as county open space for $18.75 million.

Afternoon clouds roll over some of the red rock formations at the 2,038-acre Sandstone Ranch outside Larkspur.

Horses graze at Sandstone Ranch. The Douglas Land Conservancy bought the 1870s ranch to use as county open space for $18.75 million.

Hikers, cyclists and equestrians can rejoice in a new Front Range nature escape.

"The wait is over," began the recent Douglas County news release announcing the opening of Sandstone Ranch.

Public access to the 2,038-acre open space has been anticipated since 2017, when Douglas County's sales tax-supported fund for preserving recreation land came through on the acquisition.

Preserving Sandstone Ranch was long in doubt, the county's Open Space and Natural Resources director Cheryll Matthews said in an interview with The Gazette in 2018. Housing developers for years eyed the ranch beside the slopes of Pike National Forest. For the county, the price had been inconceivable, Matthews said — until it dropped and sprung her and her team to action.

In 2018, while roaming Sandstone Ranch's mosaic of red rock spires and stream-fed meadows spotted with oak and pine, Matthews considered the county's previous open space acquisitions: the popular and scenic Spruce Mountain and Dawson Butte among them.

"I really think this will be the crown jewel," she said.

Now, along a 12-mile, non-motorized trail, visitors can explore the colorful expanse west of Larkspur, along Colorado 105.

Sandstone Ranch's master plan highlights the farming history here dating to the late 1800s and also the natural habitats that comprise the open space, from riparian corridors to montane shrubland and forest. The towering outcrops are traced to the Fountain Formation, which gave rise also to Garden of the Gods and the monoliths of Red Rocks Amphitheatre.

The master plan outlines the goal of connecting Sandstone Ranch with the upper reaches of Pike National Forest. A trail connecting to Forest Service Road 327 has been proposed.