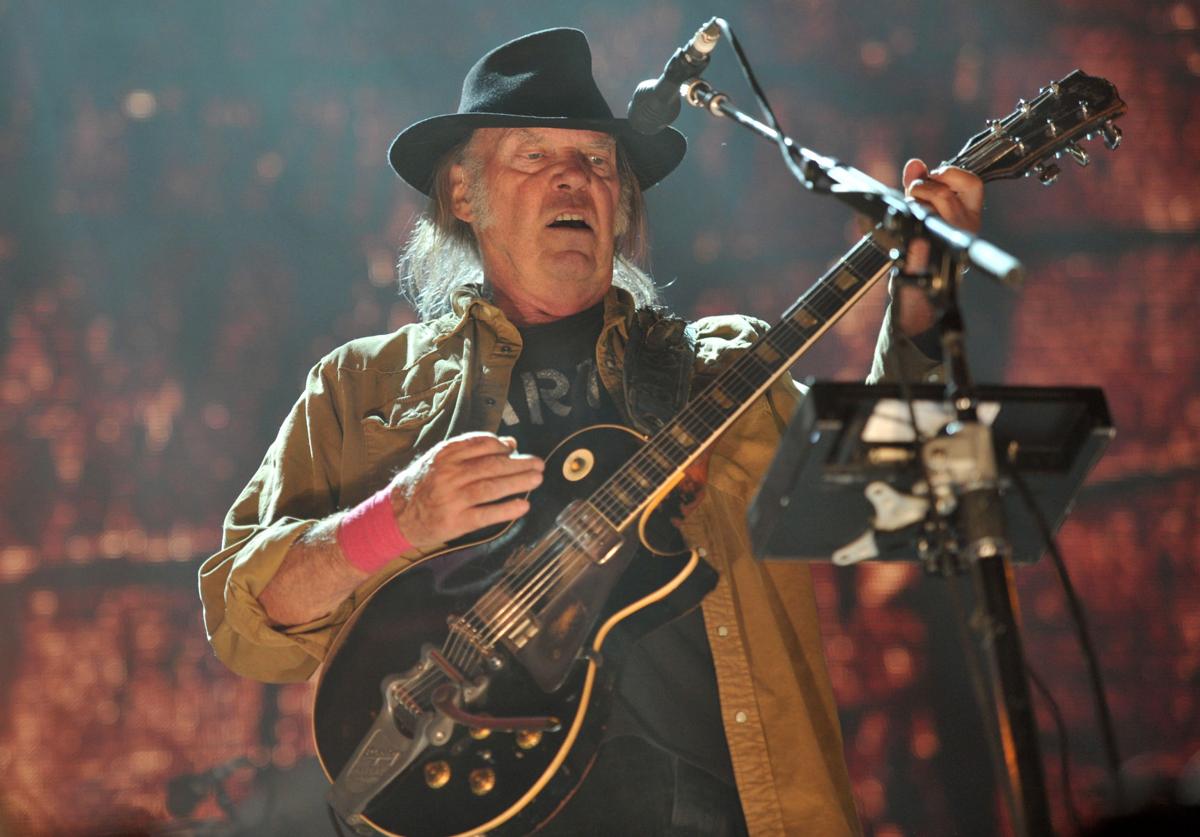 performs in 2009 at the Pikes Peak Center in Colorado Springs.

performs in 2009 at the Pikes Peak Center in Colorado Springs.

I heard the chorus and decades fell away.

“Somewhere on a desert highway, she rides a Harley-Davidson.”

Neil Young’s 1992 song “Unknown Legend.” When the song came up in conversation recently, I dug for it on YouTube, unfamiliar with the title and what it sounded like. As Young’s nostalgic chorus washed over me, I found myself back in high school. Senior year, perhaps May, maybe June, lying on a waterbed in an upstairs bedroom of a house, window open, breeze blowing.

I’m lying next to my then-boyfriend, whom I might love, I’m not sure yet. Young’s song plays on the stereo. I’ve never heard it before, and I can’t get enough. I make him play it over and over.

In that same house, my boyfriend’s father’s home, I’m exposed to Lyle Lovett and his magnificent 1992 album “Joshua Judges Ruth.” The song “North Dakota” will forever make me stop whatever I’m doing, stare off into the distance and remember that period in my life. First love about to be potentially destroyed by splitting off its occupants in two directions. One to college, one to the military.

Slice of Life: A thank you to the silent artists

It was my boyfriend’s father who first played Young and Lovett on the sound system in their living room. A happy hippie with an ear for good tunes, he was always kind to me. He also had a penchant for alcohol and probably other drugs that he shared a couple of years later with his sweet girlfriend, another flower child born in the wrong generation. She would be dead in her early 30s, not that many years after I met her. He would be dead at 52.

Isn’t it something how a collection of particular musical notes can shoot you back in time? Our brains are mysterious creations. I read recently that the sense of smell is most apt to prompt a memory, and while that is certainly true, I wonder if music is an even better way to squeeze back through the portal to yesteryear.

Play me Paul Simon’s 1983 song “Train in the Distance” and I’m in college. That same boyfriend from high school came to visit and smuggled one of Simon’s greatest hits CDs under his shirt and into my dorm room as a gift. He thought I couldn’t see the clearly visible outline of the square case through the fabric. I played dumb, not wanting to ruin his thoughtful surprise.

We listened to Simon on repeat, his masterful lyrics burning neural pathways into my gray matter, so that no matter how old I am or how long it’s been, I suspect I’ll always be able to sing along, even when I can’t remember I wrote this story.

Love at the Colorado Springs drive-in | Slice of Life

Play me anything off The Weepies’ 2006 album “Say I am You,” and I remember a moment of freedom, of hurtling down a long stretch of highway toward Taos, N.M., on a solo road trip, all while daydreaming of a man who could be a great love. He was. Until he wasn’t.

Play me Bob Marley’s classic 1977 “Three Little Birds” and I’m dancing in the living room of my flea-infested apartment on Division Street in Portland, Ore., where I spontaneously relocated myself 18 months post-college graduation. After seven months under the steel-gray cloud cover, I decided to return home and was happy as I swiveled my hips to “Don’t worry about a thing, ‘cause every little thing gonna be all right.”

Play me Amos Lee’s 2005 song “Keep it Loose, Keep it Tight,” and I’m trudging down a mountain trail, my hiking companion 100 feet in front of me, wondering how to finagle myself into his world and constantly coming up empty. I kept myself company by quietly singing out loud Lee’s spare, reflective tune, promising and begging myself to make better choices in humans.

Play me the Bee Gees’ 1977 tune “How Deep is Your Love,” and a better memory resurfaces. A drive home from Denver on a warm summer night with a friend who invited me to be his plus one at a wedding. A green-checked dress I tried valiantly to hold down as he twirled me on the dance floor. Me as his designated driver after too much whiskey, while he played DJ on his iPad. We stopped for gas and as the falsetto-riffic song played on repeat, he grabbed the sides of my head through the open driver’s side window and planted an exuberant peck on my lips. I’d bet my last pair of bell-bottoms he doesn’t remember that.

All of this might suggest I do nothing but listen to music all day, but that’s not true. The reality is I might be listening to less and less music the older I get, and I’m not sure why. I’ve been too busy trying to manage my podcast addiction, rather than filling my emotional well with music.

I need my memories more than ever these days, as I age and they get more crinkly and faded. Maybe you do, too. May we all play the tunes of years gone by and allow the crumbs of our past to trickle back to us. And may we pledge to listen to more music as we flow through our days so our future selves have a way to tunnel back.

A Colorado Springs reporter makes a gruesome discovery about her neighborhood's history in the early 1900s.