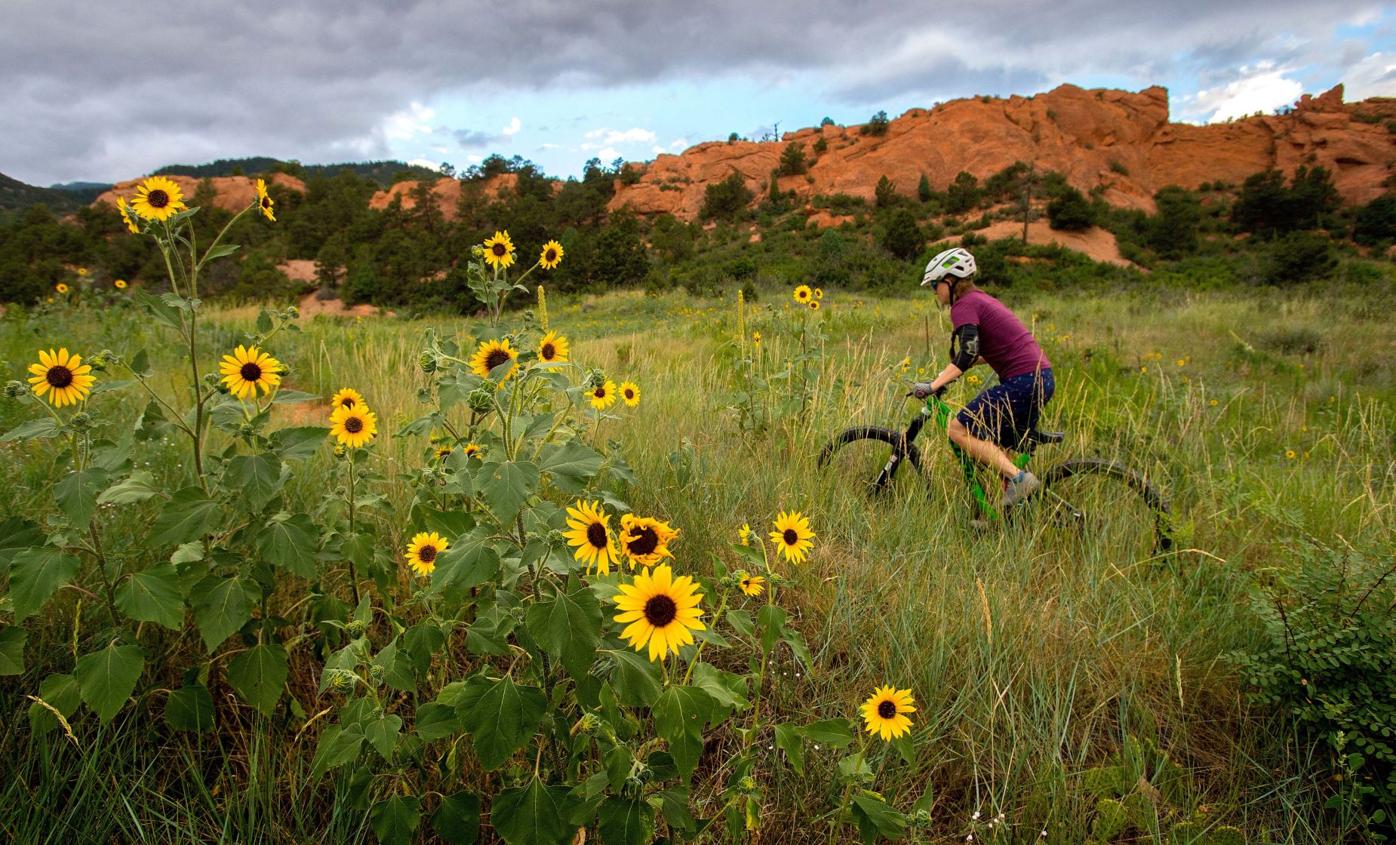 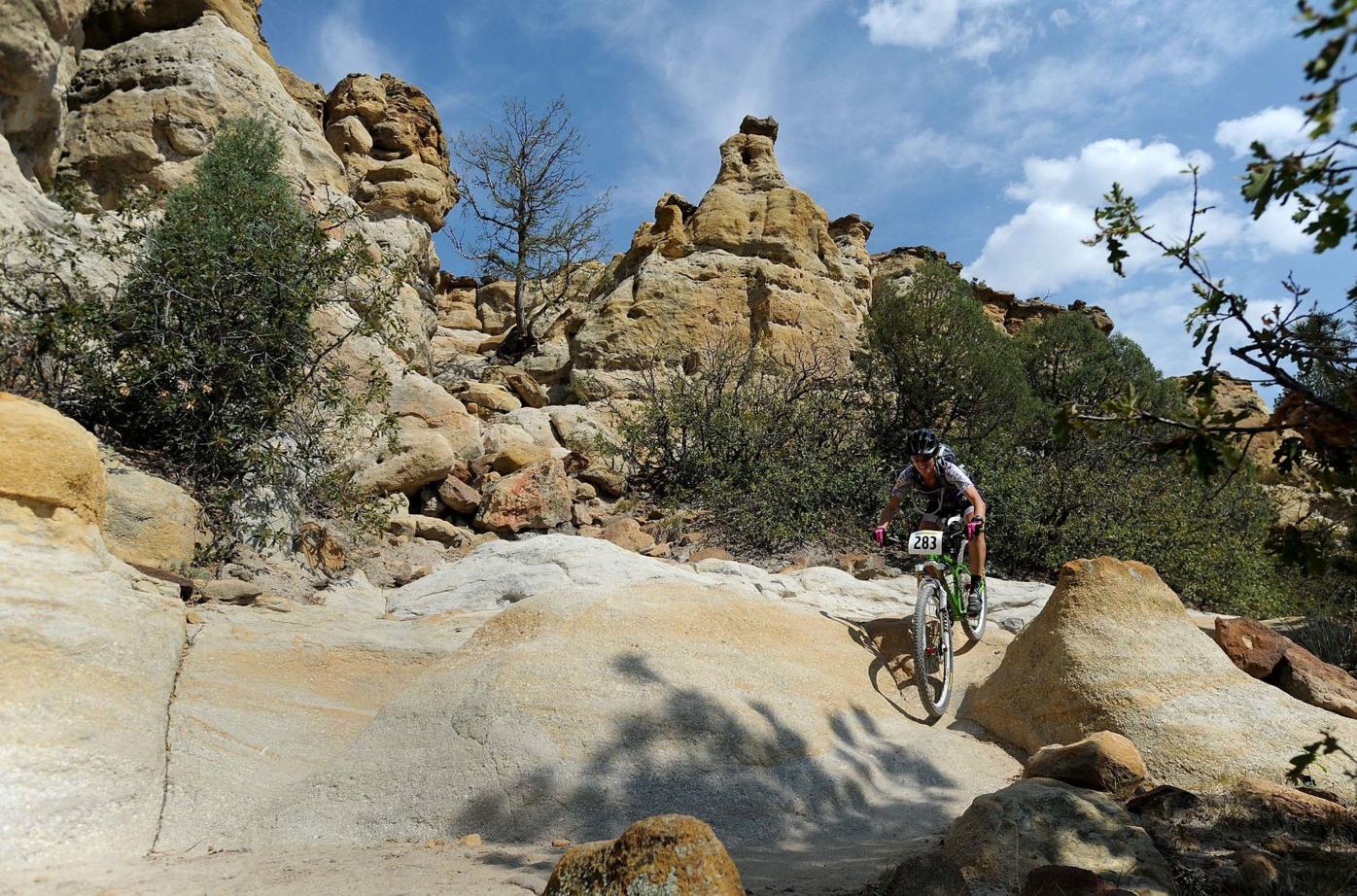 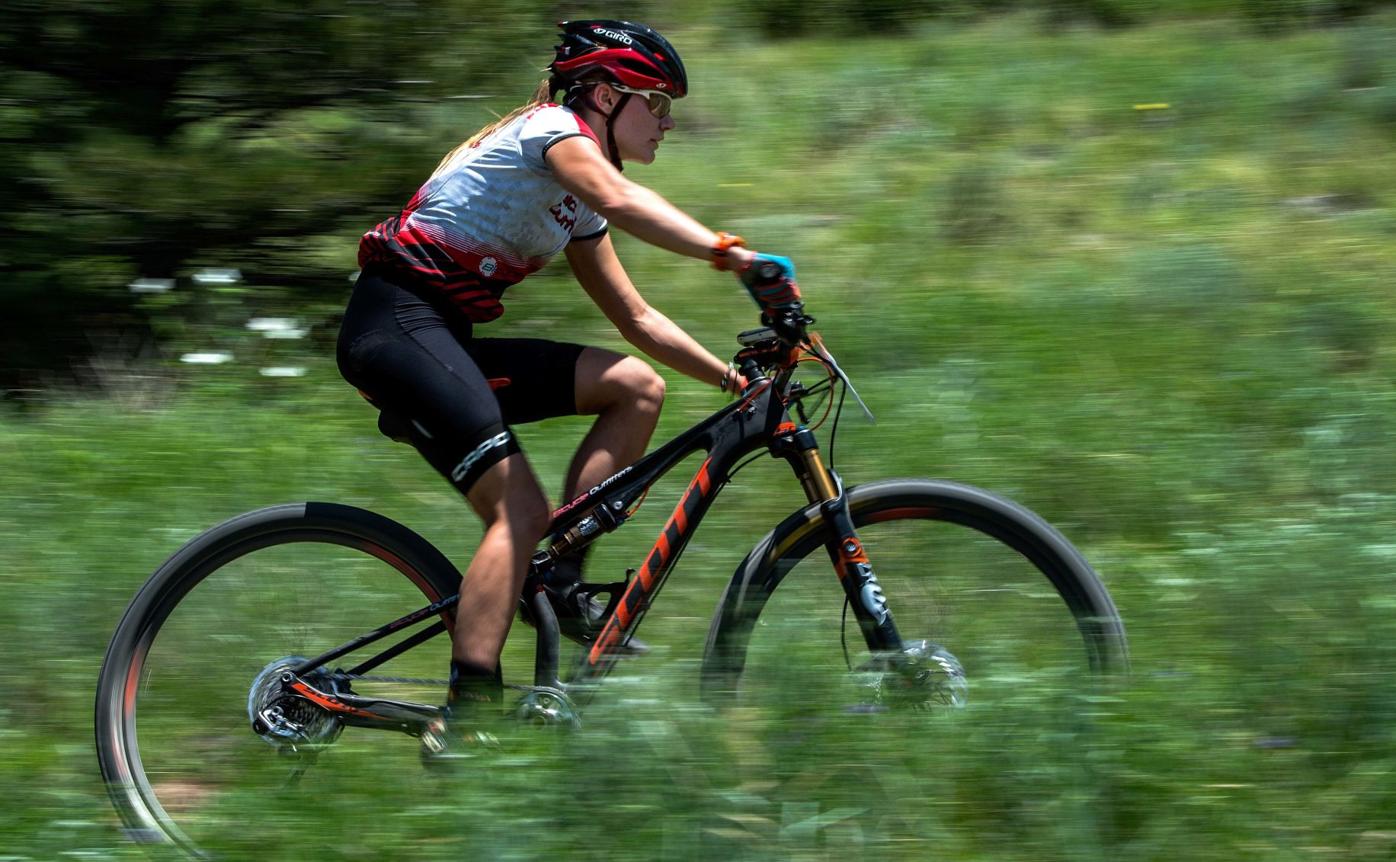 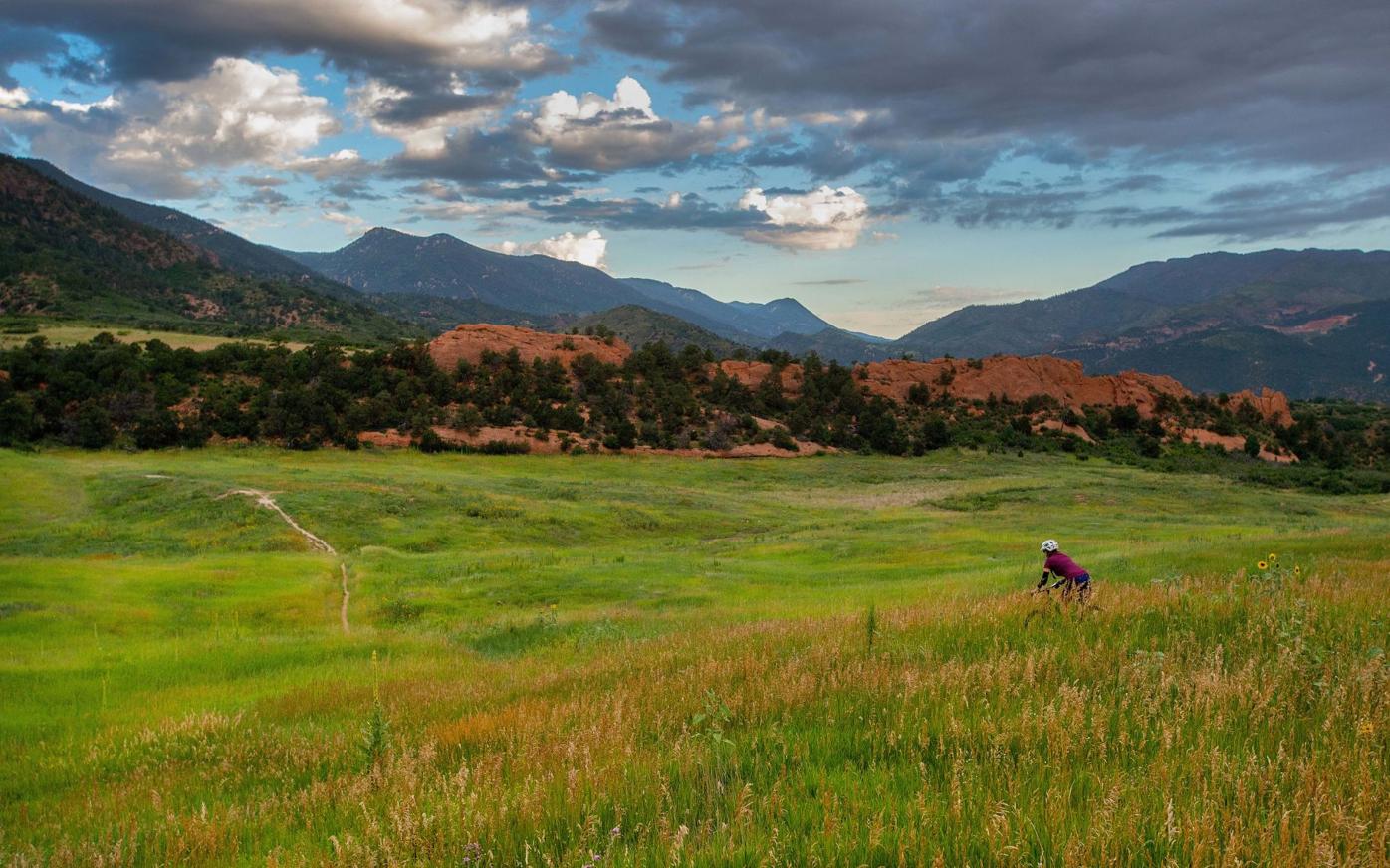 A mountain biker rides through the tall, lush grasses and wildflowers in Red Rocks Canyon Open Space in July 2015. The Colorado Springs park resembled Crested Butte or Ireland after a record year of rain. 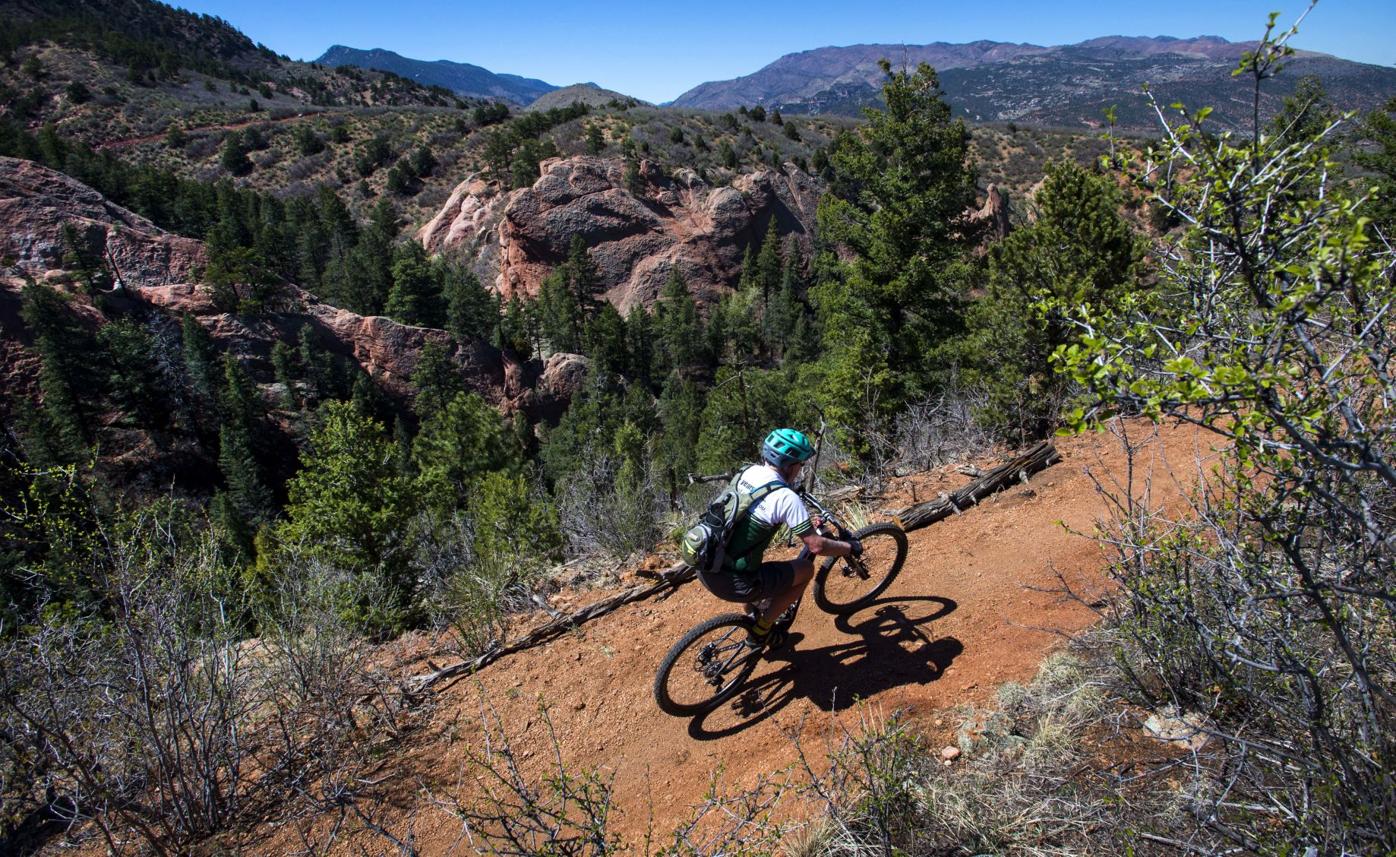 Carson Smith gets some air while riding through Red Rock Canyon Open Space on Monday. 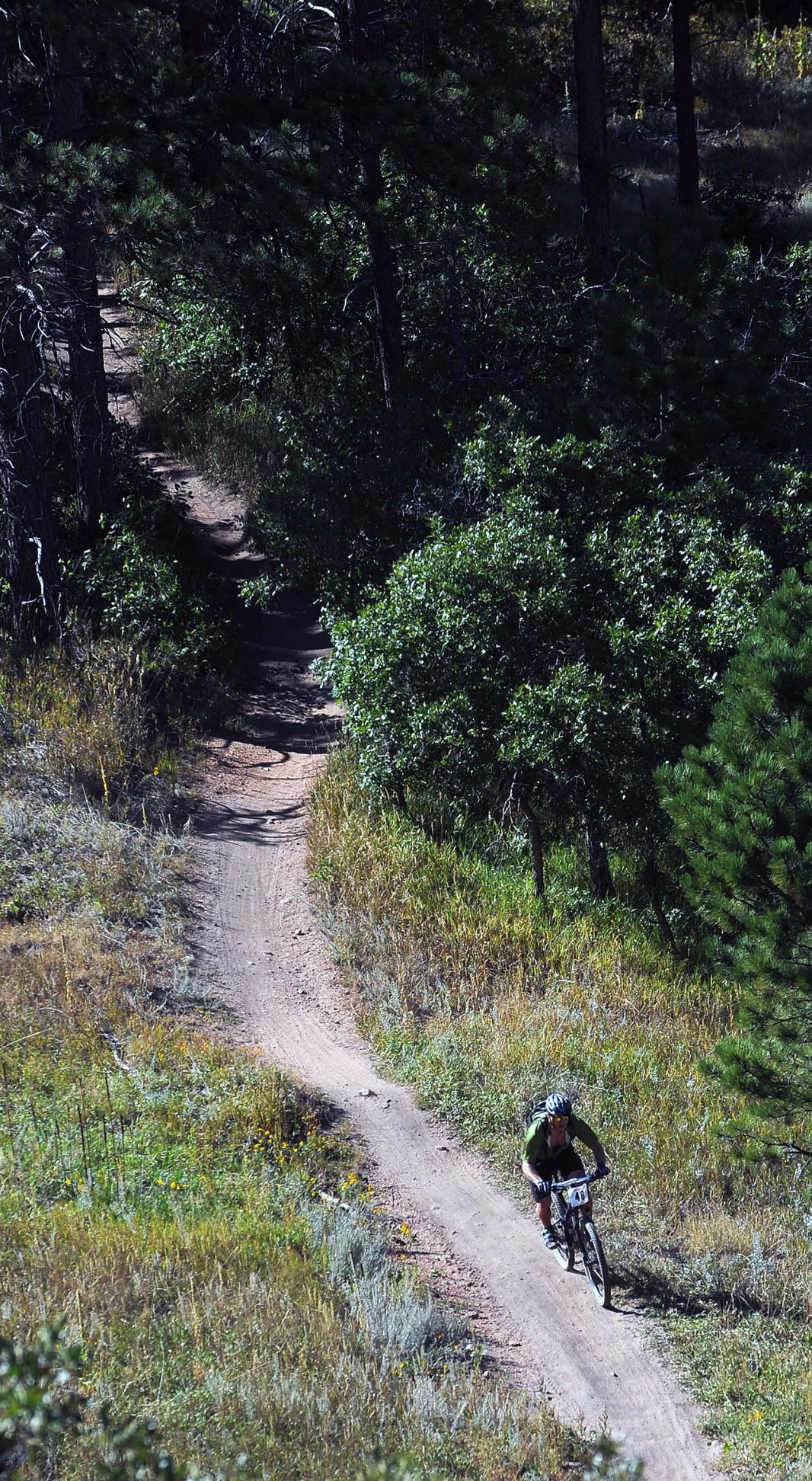 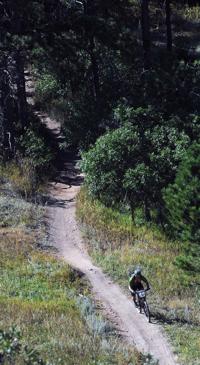 A rider races down the Falcon Trail during the first 24 hours of Colorado Springs mountain biking race at the U.S. Air Force Academy Saturday, Sept. 18, 2010. 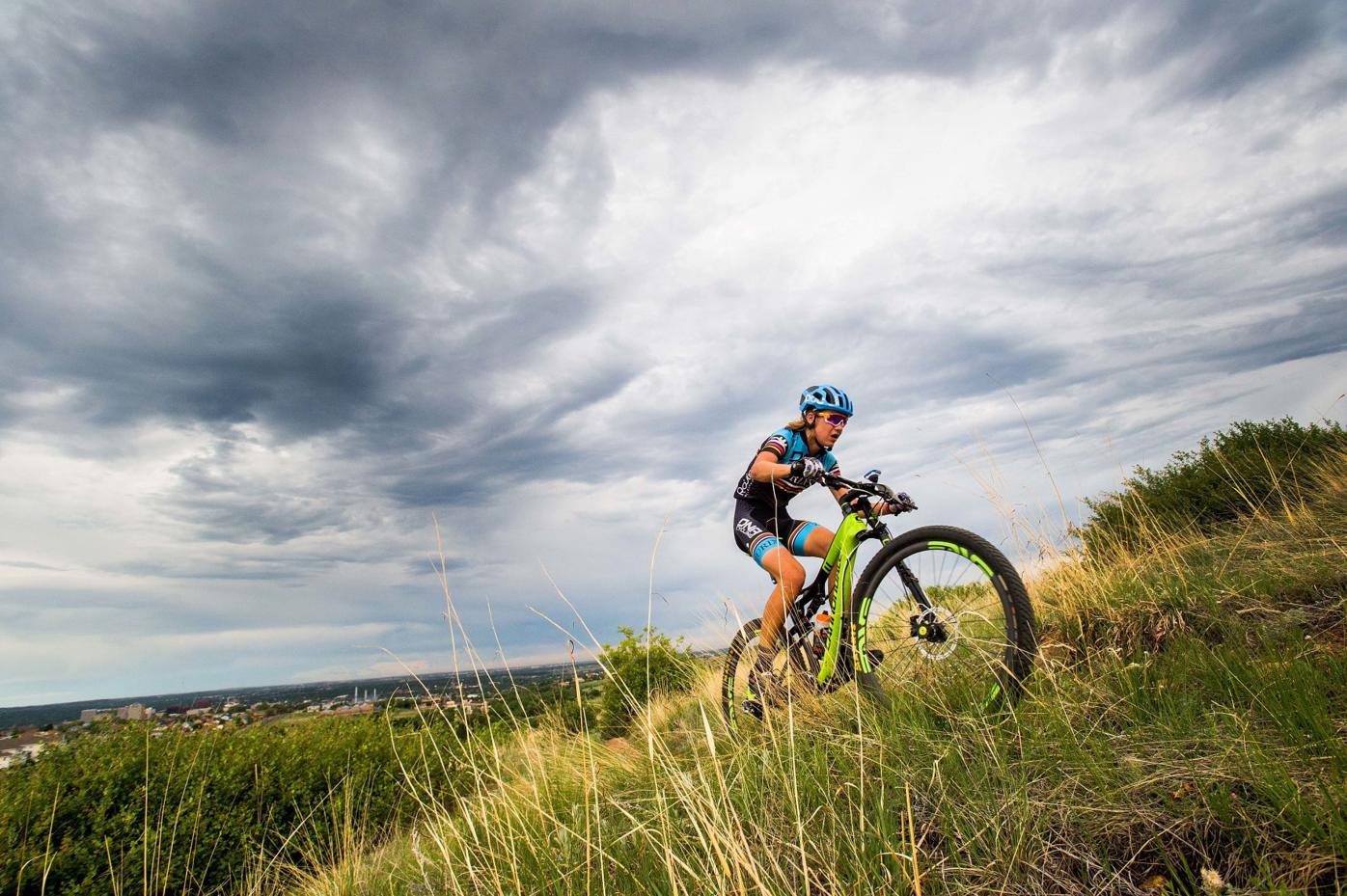 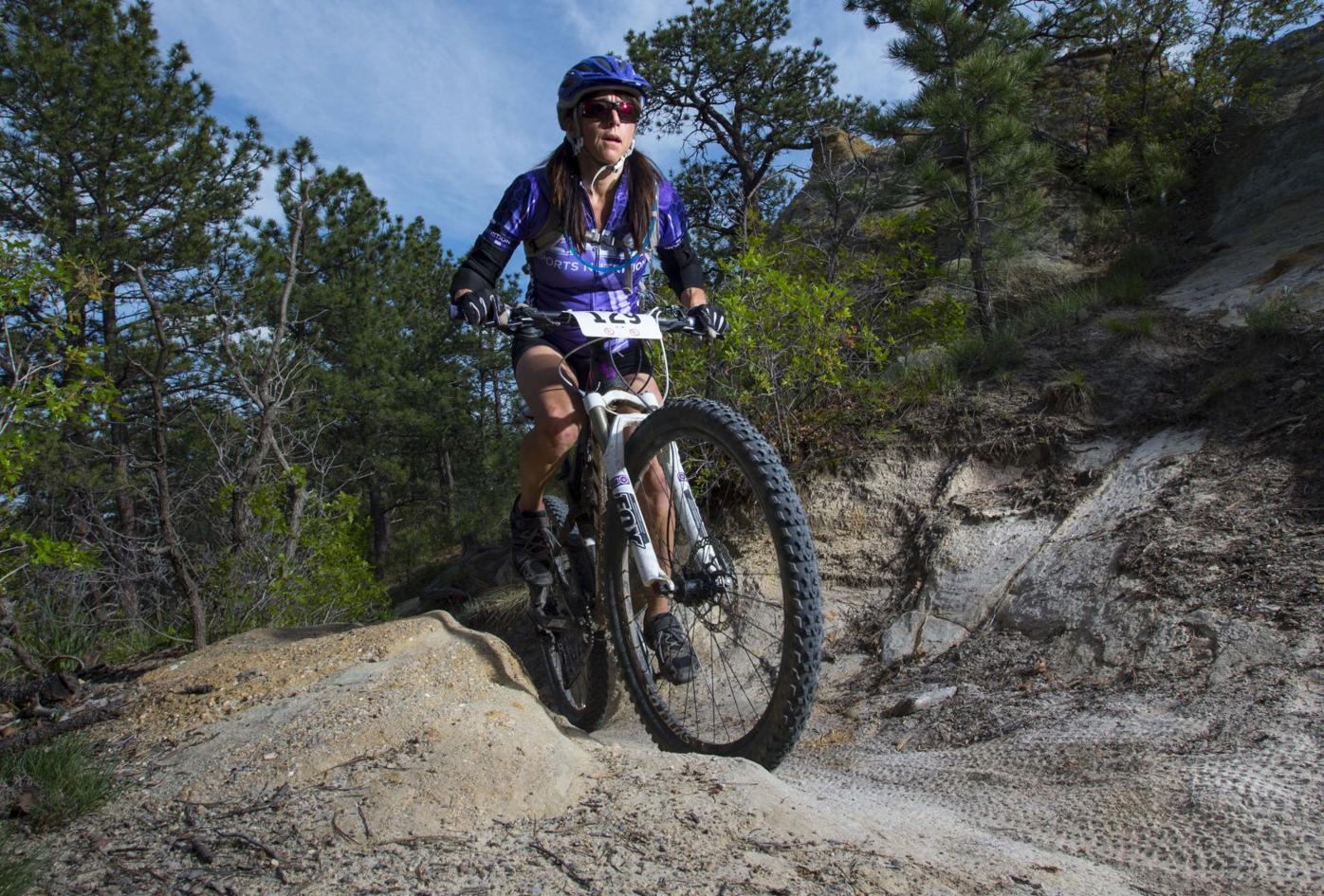 A mountain biker rides through the tall, lush grasses and wildflowers in Red Rocks Canyon Open Space in July 2015. The Colorado Springs park resembled Crested Butte or Ireland after a record year of rain.

Carson Smith gets some air while riding through Red Rock Canyon Open Space on Monday.

A rider races down the Falcon Trail during the first 24 hours of Colorado Springs mountain biking race at the U.S. Air Force Academy Saturday, Sept. 18, 2010.

In the early 1990s, on the cusp of her Olympic career, Alison Dunlap remembers a much different mountain biking scene in Colorado Springs.

“There was no trail-building, no growth,” she says. Nothing official anyway. Only “bandits” in the night carving singletrack while the city waited for its sales tax-funded Trails, Open Space and Parks (TOPS) program to be established, pumping millions of dollars into the public paradises of today.

TOPS came in 1997. And still, time went by with riders being afterthoughts at best or nuisances at worst in the mainstream eyes of a conservative city coming into the new century.

It is indeed a new century, Dunlap says.

“Where we are now, it’s pretty awesome.”

Something like Ute Valley Park’s bike course, for example, “never would have happened 20 years ago,” she says. Now it’s happening: a 15-acre zone of two steep, black-rated lines meeting berms riddled with rocks. The course — being built by well-respected singletrack maestro Tony Boone and Co. — should be ready later this month, says David Deitemeyer, the senior landscape architect overseeing the nearly $100,000 project for city parks.

Colorado Springs is getting a downhill bike course

It’s far from a prime showcase of the Springs’ downhill glory, says Cory Sutela, president of Medicine Wheel Trail Advocates. It’s far from the full-blown playground on par with Boulder’s Valmont Bike Park that he and others long have sought.

Ute Valley’s course will be fun, but most promising to Sutela is what it represents: yet another sign of a new day for riding in the Springs, a sign of the city’s “open-mindedness and willingness.”

He’s seeing that with the Chutes, poised to become the area’s first downhill bike-only trail as part of a network modification soon to be contracted. He’s seeing that nearby in those hills, with the city adopting the beloved trail known as Captain Morgan’s rather than scrapping it like bandit-made paths before.

Sutela marks 2014 as “a turning point.” That was when the city published its park system master plan, which called for “[a]ccommodat[ing] non-traditional/emerging trends that showcase the special characteristics of the Colorado Springs region.”

Ute Valley’s course is one aspect of that plan coming to fruition. Another was the youth bike park opened last year by Fountain Boulevard. And another could be the bigger bike park advocates have in mind. Deitemeyer expects “a push in the next couple years.”

Quality and quantity are the hallmarks of a riding destination, says David Wiens, the Gunnison-based executive director of the International Mountain Bicycling Association (IMBA). “Every year, we’re taking a step forward in both of those,” Sutela says.

A big step in quality was taken last fall with the opening of the Lake Moraine Trail on Pikes Peak’s South Slope. The Missing Link, as it was known for decades, will get its first summer reception and later, Sutela expects, an “epic” designation by IMBA, placing it in an elite class of singletrack worldwide.

America’s Mountain is a centerpiece like no other. “That’s where Colorado Springs has an advantage,” Wiens says. “Other locations may not have that stunning, visual, in-your-face scenery.”

Plenty of locations have been capitalizing on the sport, joining the Colorado revolution that sparked in Crested Butte in the ‘70s. Down valley there, Wiens, a decorated racer, rallied players to mold Gunnison’s singletrack.

“My thing wasn’t to make Gunnison the next tourist destination; it was absolutely about making an amenity to get people to live here,” he says. “But the tourism goes with that.”

He’s heard rumblings of the Ring the Peak trail, the mission to finish the 70-mile circumference. “That to me is just so tantalizing.”

In the park master plan of 2014, mountain biking amenities were listed under the city’s task to “encourage tourism and economic development.” But the marketing begs the question: How willing are locals to share their stash?

Classic Happy Trails: Seven Bridges a quick escape for many in Colorado Springs

Many — too many, some would say — flock to North Cheyenne Cañon to catch the Seven Bridges Trail, refreshing on a summer day.

The Music of Shen Yun Connects to History of Healing
sponsored