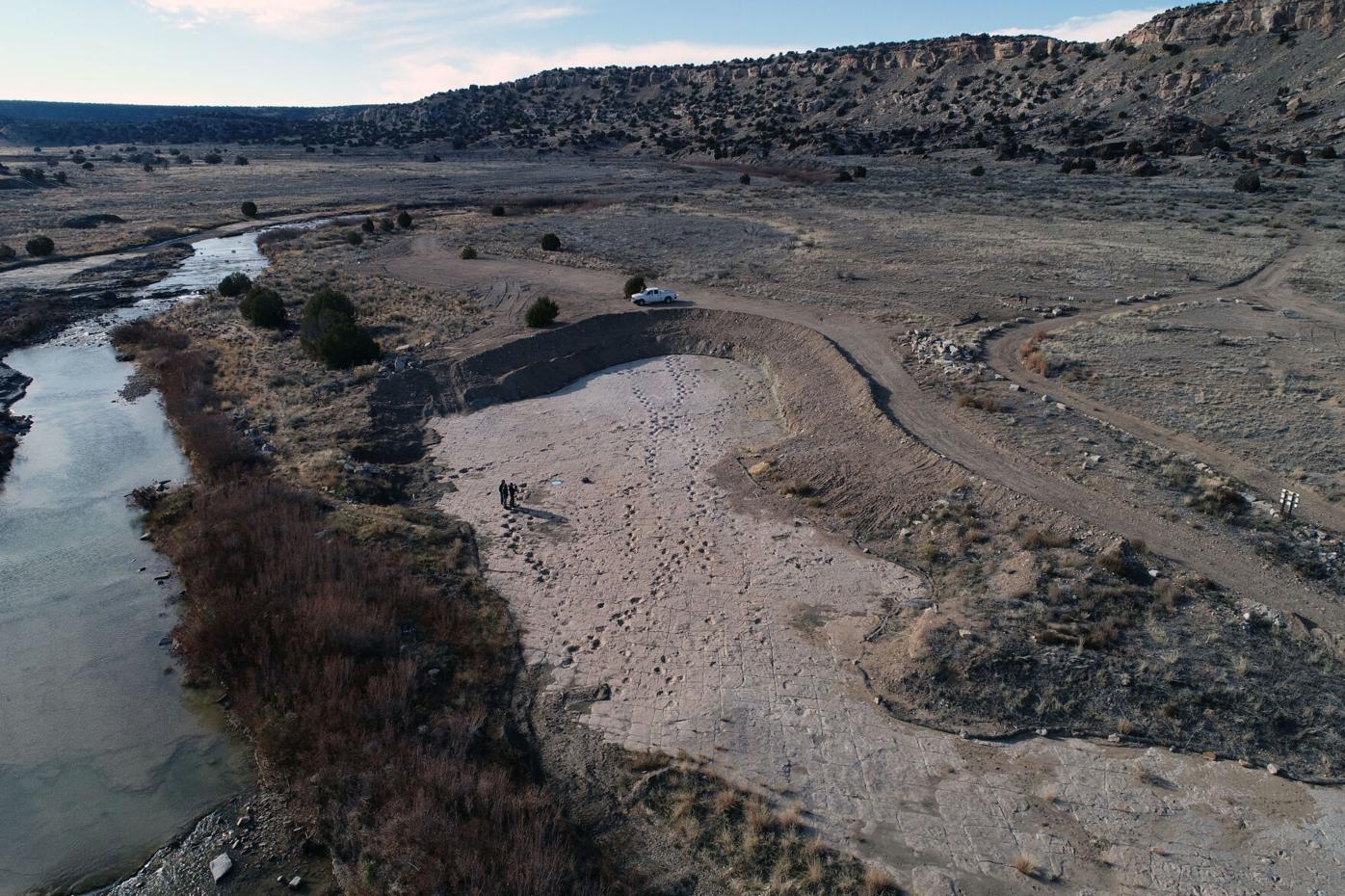 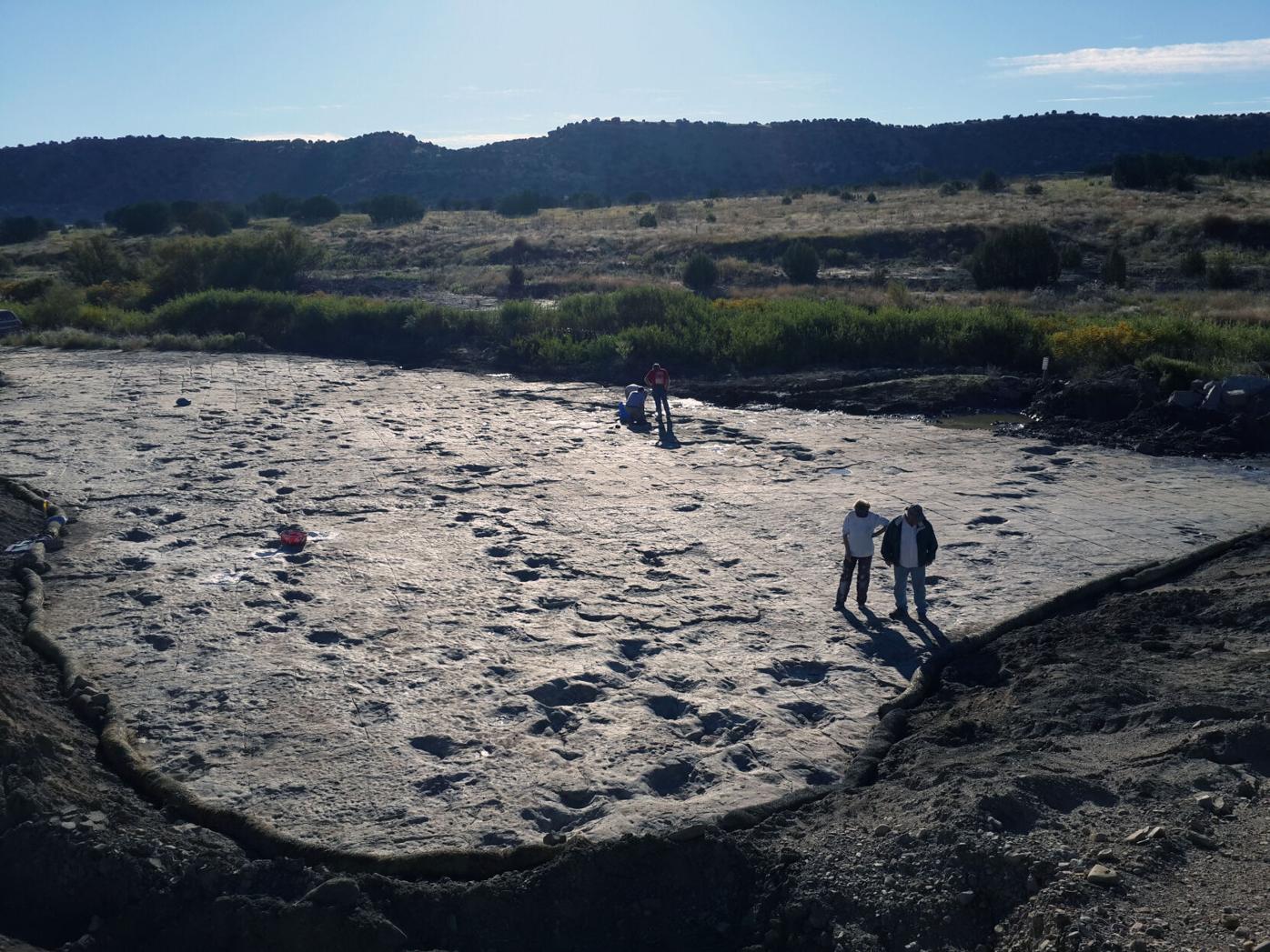 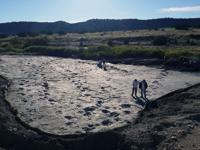 The U.S. Forest Service recently reported crews cleaning 6 inches of mud and debris from flooding in Picket Wire Canyonlands, the rugged expanse along the southeast plains. In that process with shovels and excavators, more footprints were uncovered, said Bruce Schumacher, a Forest Service paleontologist.

He said the fossilized tracks are those belonging to creatures of the same family of Brontosaurus — resulting in the round steps that people have walked with for decades, extending across an ancient seabed.

"Every track down there is a national treasure," said John Linn, Comanche National Grassland district ranger. "I hiked it just yesterday actually. ... It never ceases to amaze me. I'm always overcome with awe when I stand in those tracks that are 150 million years old."

Since the tracks were scientifically documented in the 1980s, Schumacher said about 800 additional tracks have been mapped. That has largely been through the occasional cleanup like this year's that unearthed the latest stretch.

Whenever the Purgatoire River floods in such a way that the tracks are covered with sediment, volunteers and specialists bring their tools and machines and return the tracks to daylight. That's to keep them in view for visitors who make the long hike on their own or tag along for seasonal Forest Service tours.

This summer, "there was an event that flooded an area that had not yet been mapped and recorded," Schumacher explained.

The tracks "could continue for a long, long time," Schumacher said. "But we've kind of reached a point where we've got a good amount exposed. At least I feel like we're at a place to continue to manage it as it is."

The tracks can be reached in an 11.2-mile round trip hike from Withers Canyon trailhead. Area closed to automobiles except for official tours, which are expected to return in spring. More information: https://bit.ly/30kjqs8

Once-in-a-lifetime lunar event to take place; will Coloradans see it?

A once-in-a-lifetime lunar event is just hours away, but Coloradans might not even get the chance to see it.