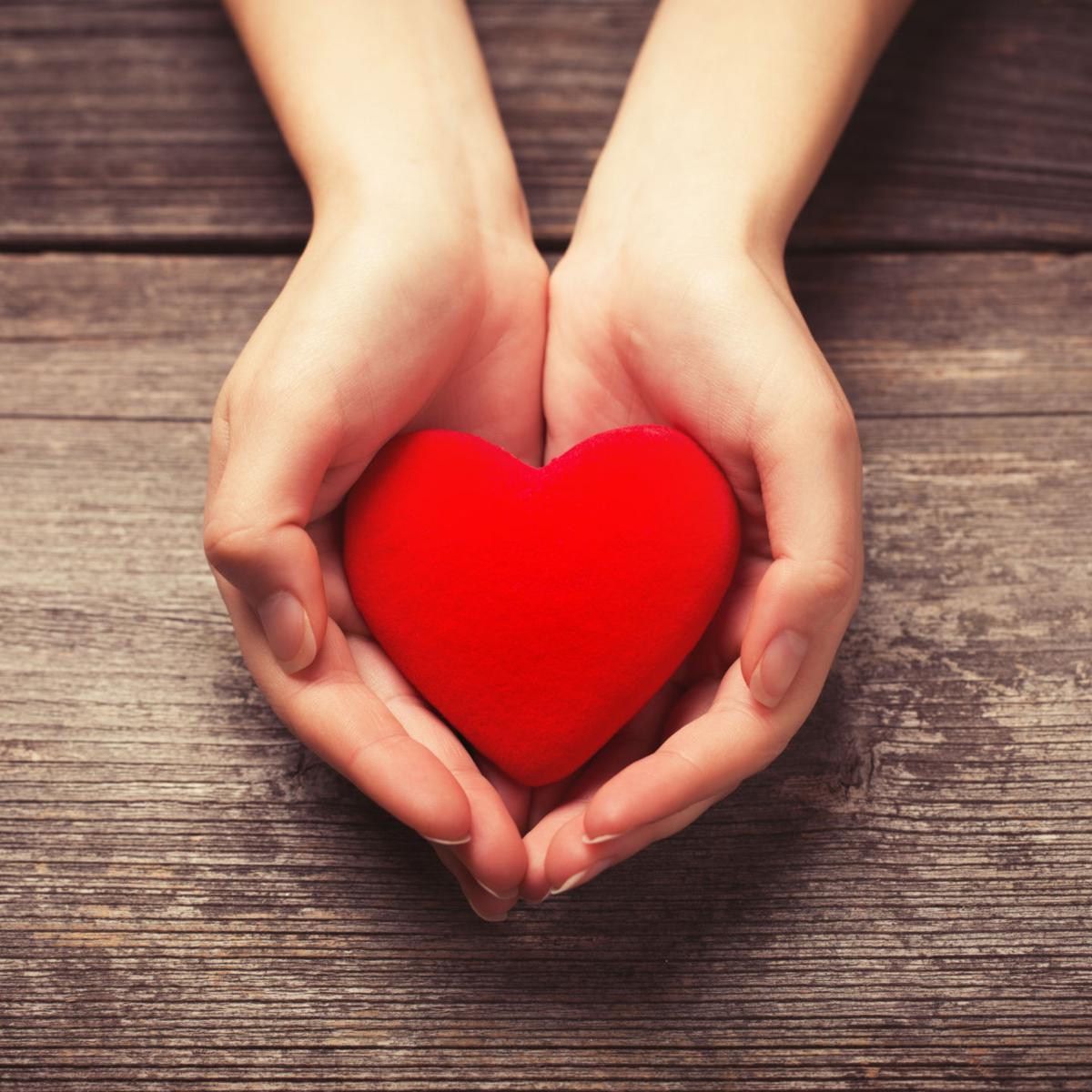 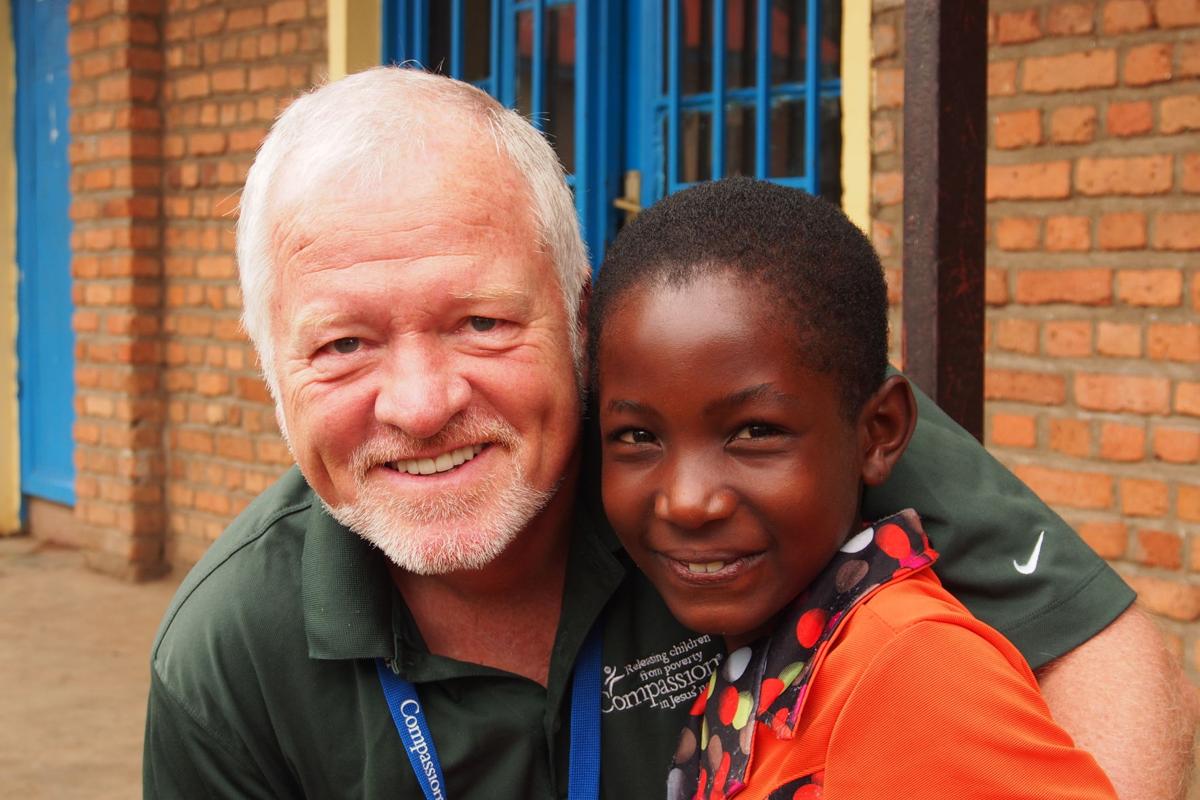 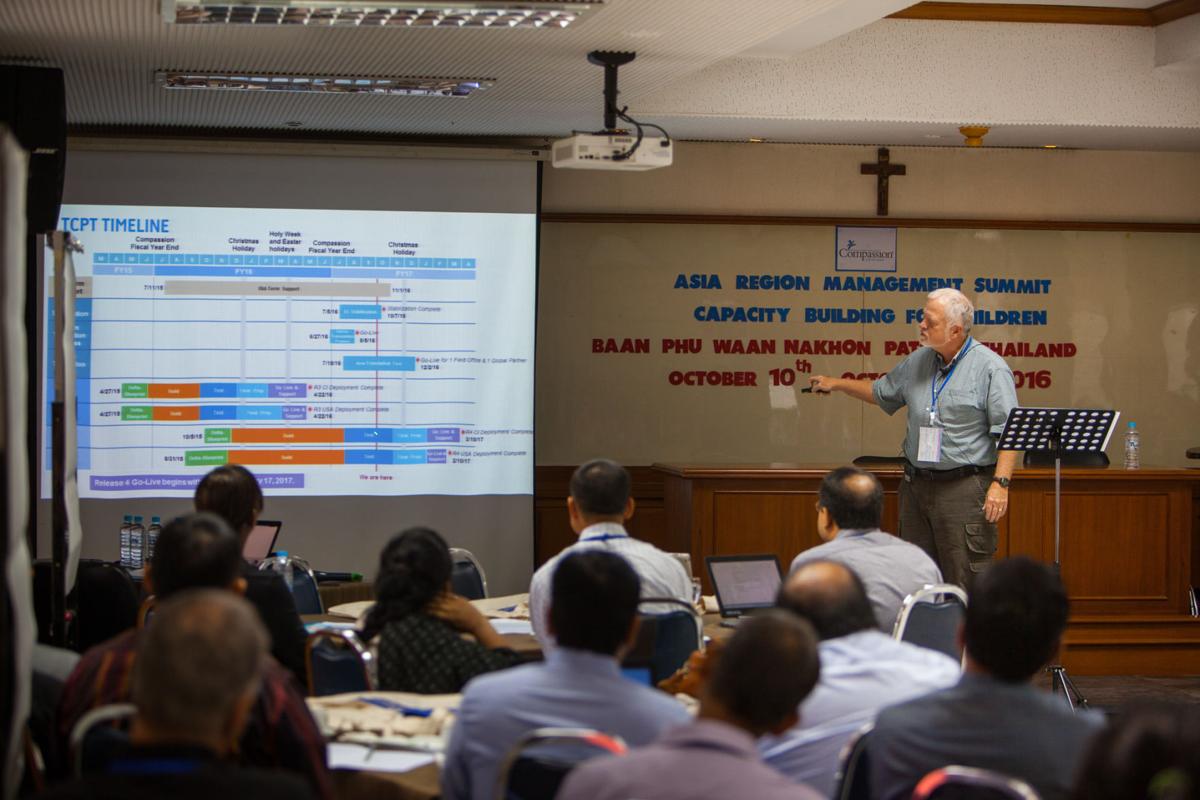 Now that Compassion's budget exceeds three quarters of a billion dollars, Anderson remains committed to accountability in handling donor dollars by "doing the same thing when no one's watching that you would do when everyone is watching."

"If you lack integrity, you lack everything," says Anderson, quoting former Compassion President Wally Erickson, whose obsession for financial integrity shaped the DNA of the ministry, which has built a track record of donor loyalty and received high praise from major charity watchdog organizations.

"I believe our reputation for who we are as an organization and how we use donor funds has been an important factor in our continued growth," says Anderson.

American individuals, estates, foundations and corporations donated an estimated $373 billion to charities in 2015, setting a record, according to Giving USA. About a third, or $119 billion, went to religious charities - including churches and parachurch organizations. That's more than education, human services or any other category.

The 23 largest Colorado Springs-based evangelical parachurch organizations have combined incomes of more than $1.6 billion a year.

Many ministries receive a quarter or more of their annual donations in the last two months of the year. How can donors figure out which organizations deliver the most "ministry per dollar"?

With support from the Fund for Investigative Journalism, I contacted the major Colorado Springs ministries, requesting their annual financial statements so I could determine what percentage of their budgets they spend on their core ministry programs.

I learned that ministries vary widely in both their efficiency and in their transparency.

Not all of America's million-plus charities and foundations are created equal, as reporters for CBS and The New York Times discovered last year when they investigated Wounded Warrior Project.

The nonprofit spent only 60 percent of its income caring for military veterans, spending the rest on overhead, salaries, marketing, fundraising and an employee retreat at The Broadmoor hotel.

Examining organizations' audited financial statements helps donors find out how much they spend on core programs.

Compassion spends 83 percent of its budget on programs supporting nearly 2 million children in 26 countries. Some local ministries spend a higher percentage on programs, including Focus on the Family and Engineering Ministries International, which spend 86 percent on programs.

Some ministries make it easy for donors to access their audited financial statements. Compassion posts more than a dozen financial documents on its website, one easy click from its home page (simply select "Financial Integrity" from the "About" dropdown menu).

Other ministries are less forthcoming. Some offer web pages and "annual reports" that lack detailed financial data. Every Home for Christ's website claims it spends 93 percent of budget on programs for evangelism and ministry, but the audited financial statement it provided reports that 88 percent is spent on programs.

The Evangelical Council for Financial Accountability was founded in 1979 after U.S. Sen. Mark Hatfield from Oregon threatened government action following a series of religious fundraising scandals.

ECFA's members include more than 2,100 church and parachurch ministries that receive about $16 billion a year.

The council's transparency guidelines require member organizations to provide audited financial statements "upon written request." ECFA says such financial transparency is both a matter of "moral integrity" and "a condition of continued ECFA accreditation in good standing."

But four of ECFA's Colorado Springs-based accredited members - including two charter members - declined to provide audited financial statements in response to my requests in September.

"I don't think we're going to participate this year," said a representative of Reach Beyond (formerly HCJB), whose former President Wayne Peterson is an ECFA board member. "We adhere to all ECFA standards."

"The audited financials are not for public disclosure," said a representative of Dr. James Dobson's Family Talk.

"I am sorry to say that, at this time, we will not be able to provide you with the information you are requesting," said a representative of the Navigators, a $115 million ministry that has also declined to provide its financial documents to charity watchdogs.

But the Navigators' International President Emeritus, Jerry White, is an ECFA board member.

White criticized ministries that keep finances secret in his book, "The Church & The Parachurch: An Uneasy Marriage." "It is only fair to assume that the groups refusing to disclose have more to hide than those who oblige," wrote White. "There is no way to restrain the less productive ministries other than through the influence of a more informed donor."

David C Cook did not respond to repeated requests for financial information.

When contacted for a response, ECFA responded by urging the four organizations to provide their financials. All quickly did so, six weeks after originally contacted..

This year's presidential campaign raised questions about shady practices at both the Clinton and Trump foundations.

"Charity has become a focal point of the 2016 presidential election," reported the Chronicle of Philanthropy. "Unfortunately for nonprofits, that probably isn't a good thing."

The charitable world is so large and complex that many large donors hire companies or consultants to evaluate nonprofits and find the best match.

Less affluent donors can search out more than a dozen watchdog organizations that help them cut through the clutter.

The watchdog gave Young Life and Andrew Wommack Ministries its coveted four-star rating. Compassion enjoyed a Charity Navigator four-star ranking for 15 straight years, but that changed this year when the watchdog changed some of its criteria, including the way it evaluates ministry balance sheet to assess charity assets and future liabilities.

Compassion CFO Ed Anderson says the ministry will continue distributing more of donors' dollars. "We're the same organization we were last year," said Anderson. "They changed, and we disagree with those changes."

MinistryWatch uses its own metrics to analyze ministries, some of which are not ranked by Charity Navigator. MinistryWatch gave its highest five-star award to Every Home for Christ, but gave lower two-star ratings to Biblica, International Students, and Summit Ministries.

This summer, comedian John Oliver showed how "disturbingly easy" it is to set up a tax-exempt church by founding - and later closing - Our Lady of Perpetual Exemption. The IRS-accredited 501(c)(3) claimed its place of worship was an HBO studio in New York and solicited tax-free donations through a toll-free phone line.

But some evangelical leaders fear there's too much scrutiny of religious nonprofits.

Last year, the IRS approved the Billy Graham Evangelistic Association's request to change the 66-year-old ministry's tax status, from a nonprofit required to file annual 990 reports with the IRS to an association of churches that is not required to file 990s.

Franklin Graham, who runs both BGEA (annual income of $107 million) and Samaritan's Purse ($593 million), cited two factors in the change: the "onerous" work required to prepare the 990; and "religious liberty" concerns about the IRS overstepping its bounds.

"I believe that someone in the (Obama) administration was targeting and attempting to intimidate us," Graham claimed, after the ministries were audited in 2013. "This is morally wrong and unethical."

Colorado Springs ministries, including the Navigators and Every Home for Christ, qualify as associations of churches and are not required to file 990s.

MinistryWatch's founder and CEO doesn't support ministries changing their tax status. "I see no reason for ministries to be listed as churches when they are clearly not a church, as the only incentive for doing so is to be less transparent with donors," said Rusty Leonard.

Lamborn explained his Protect Religious Expression Against Censorship and Harassment (PREACH) Act on his website under the heading, "Abolish the IRS and Impeach Its Leader."

"My bill will restore the free-speech rights for all religious entities so that they, and not the IRS, get to determine the appropriate content of their sermons, teachings, and communications to their congregations and to the public without the threat of having their tax-exempt status taken away. It is time to restore full freedom to our nation's religious institutions."

James Dobson told the website WorldNetDaily (wnd.com) that overturning the Johnson Amendment would "unleash Christian activists to fight for their beliefs," but critics are concerned.

"A new wave of tax-exempt 'dark money' would flow from churches and into our political system," said a representative of the Secular Coalition for America.

The deductions the IRS gives to America's churches, religious charities, and donors total more than $71 billion a year, according to a 2012 estimate in Free Inquiry magazine. The legal status of these deductions promises to be a hot political issue for years to come.