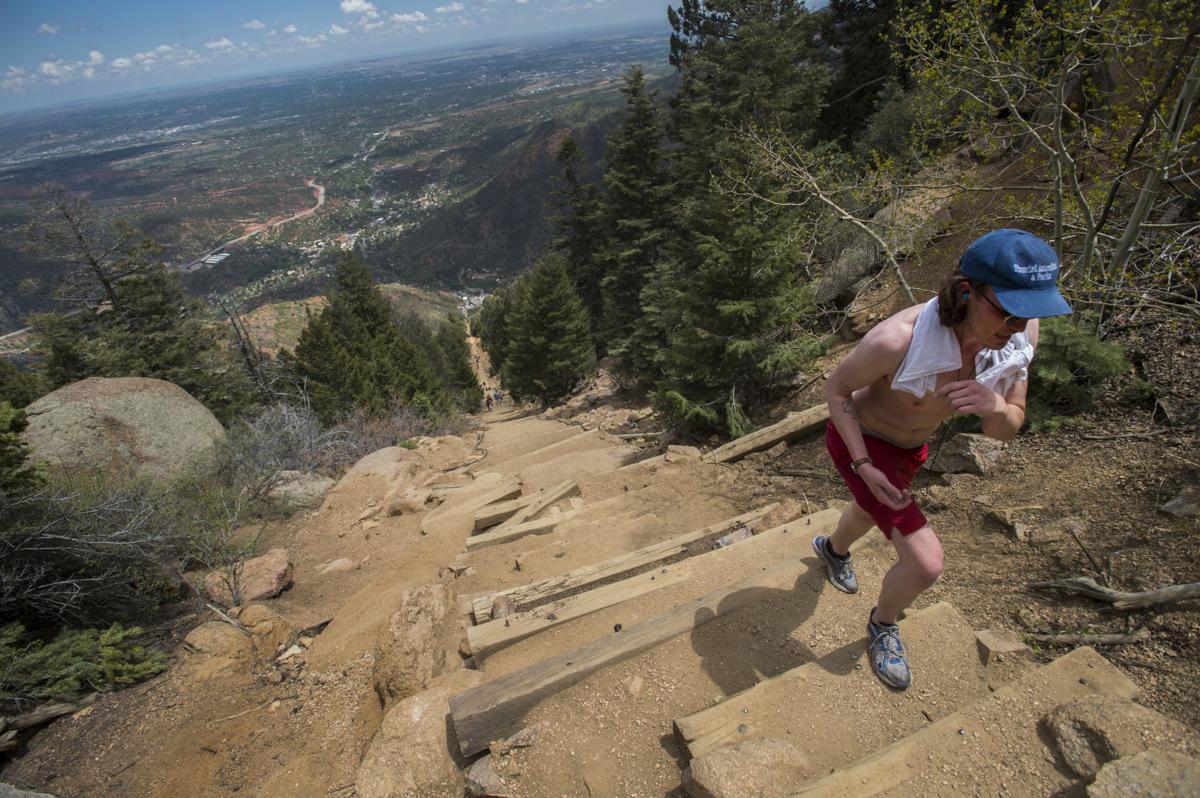 A hiker climbs the Manitou Springs Incline in May 2016. The 1-mile staircase ascends nearly 3,000 steps and gains about 2,000 feet in elevation. 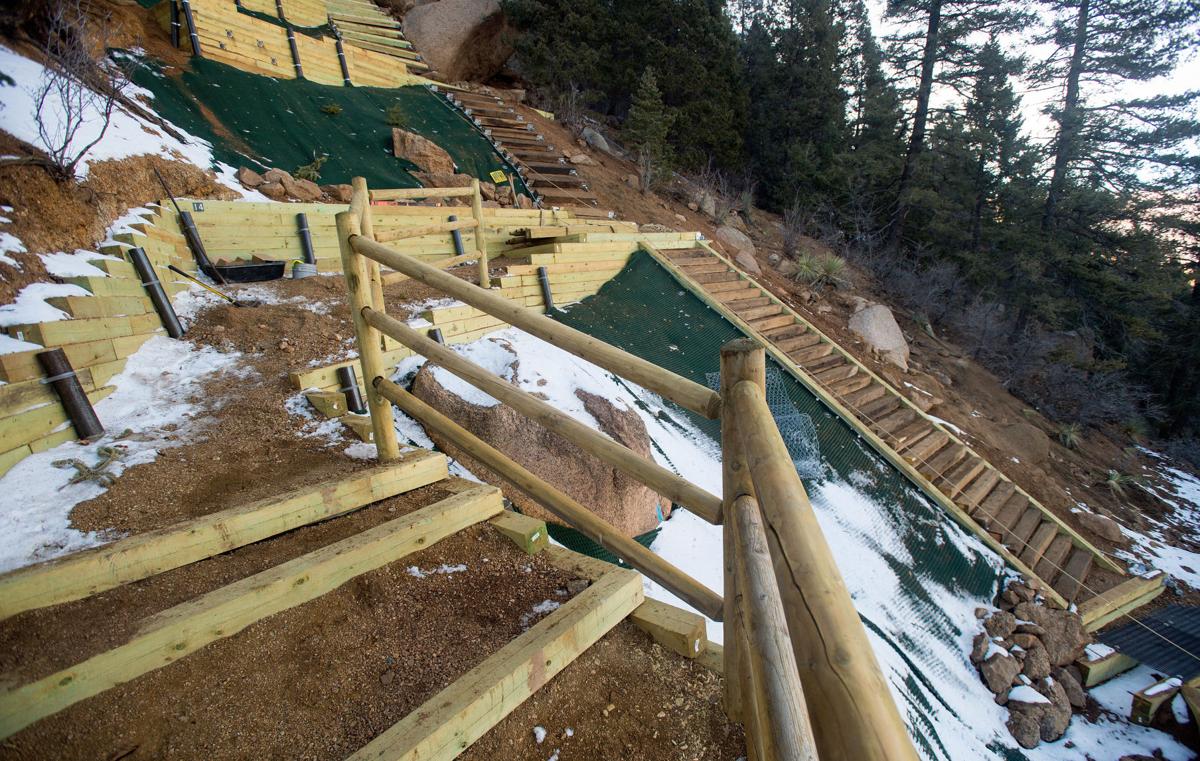 A new bailout on the Manitou Incline is pictured in November 2014.

A hiker climbs the Manitou Springs Incline in May 2016. The 1-mile staircase ascends nearly 3,000 steps and gains about 2,000 feet in elevation.

A new bailout on the Manitou Incline is pictured in November 2014.

It’s been almost two years since multimillion-dollar repairs were completed on the Manitou Incline — two years since Colorado Springs park planners and advocates set their sights on the next goal: to build more escapes from one of the region’s most popular and grueling trails.

Timing remains uncertain for that mission, though.

“If it got done in the next two years, I don’t know, that might be realistic,” said Bill Beagle, president of the Incline Friends.

“We just want to get some momentum going here.”

Britt Haley, manager of the city’s tax-funded Trails, Open Space and Parks program and the project’s point person, said the bail-out trails have been flagged but need finalizing. The city has not committed money for construction, she said, though Beagle said the nonprofit friends group could lend “a good chunk.”

The project remains in limbo as the Incline’s nearest government office pushes back.

“I’m just not a fan of building more trails without having a plan to take care of the ones we got already,” Manitou Springs Mayor Ken Jaray said, referring to Barr Trail. “It makes zero sense to me to do that.”

The lower portion of Barr Trail, the summiting path to Pikes Peak, long has been a troubling focus for stewards, who say Incline-descending masses are causing damage. and repair crews can’t keep up.

Relieving pressure on Barr Trail is one intent of the new return routes, which would straddle the Incline’s opposite, north-facing hillside. Another intent is to cut back on calls to first responders.

Rather than continue up the railroad ties, gaining nearly 2,000 feet in less than a mile, perhaps one would exit at the bailout planned at the 395th tie. Or perhaps they’d stop before the current bailout near the halfway point at tie 1,600, opting instead for the exit below at tie 1,300.

“I’d rather make people more aware of the danger and have more people prepared to climb the Incline, not encourage more people to do it. Better management, better awareness, better education. That’s how I would cut the number (of calls) down.”

The additional bailouts would breed more novices to try the Incline, Jaray said. “It becomes an easier environment. I have no question about that.”

“I maintain most people come to do the Incline because of the challenge. They come to do the whole thing,” he said. “I don’t think people are gonna look at it and say, ‘Oh, it just got easier, let’s go do it.’”

While needing approval from Colorado Springs Utilities, the first bailout could be finished by volunteers in a day, Beagle said.

The second would be more involved, likely requiring machines. Connecting with Ute Trail, it would stretch 1.1 miles back to the Incline’s base, Haley said.

Ultimately, the idea is for a third northern bailout at the top of the Incline, across from the one taking people down Barr Trail. But that requires U.S. Forest Service approval, and Haley said the city has only had “informal discussions” with rangers.

Preliminary flagging suggests a sustainable trail would span about 5 miles top to bottom — a couple of miles more than the current trip on Barr. Which begs the question:

“Would people take it if they’re in a hurry?” Beagle asked. “Even if this is longer, you can sell people on the fact they’re gonna encounter less traffic. And it’s gonna be scenic, something new.”

In 1919, an avid group of Colorado Springs hikers calling themselves the Cheyenne Mountain Club became the Pikes Peak branch of the Colorado Mountain Club. A century later, the group continues to give proper introductions to the great outdoors.