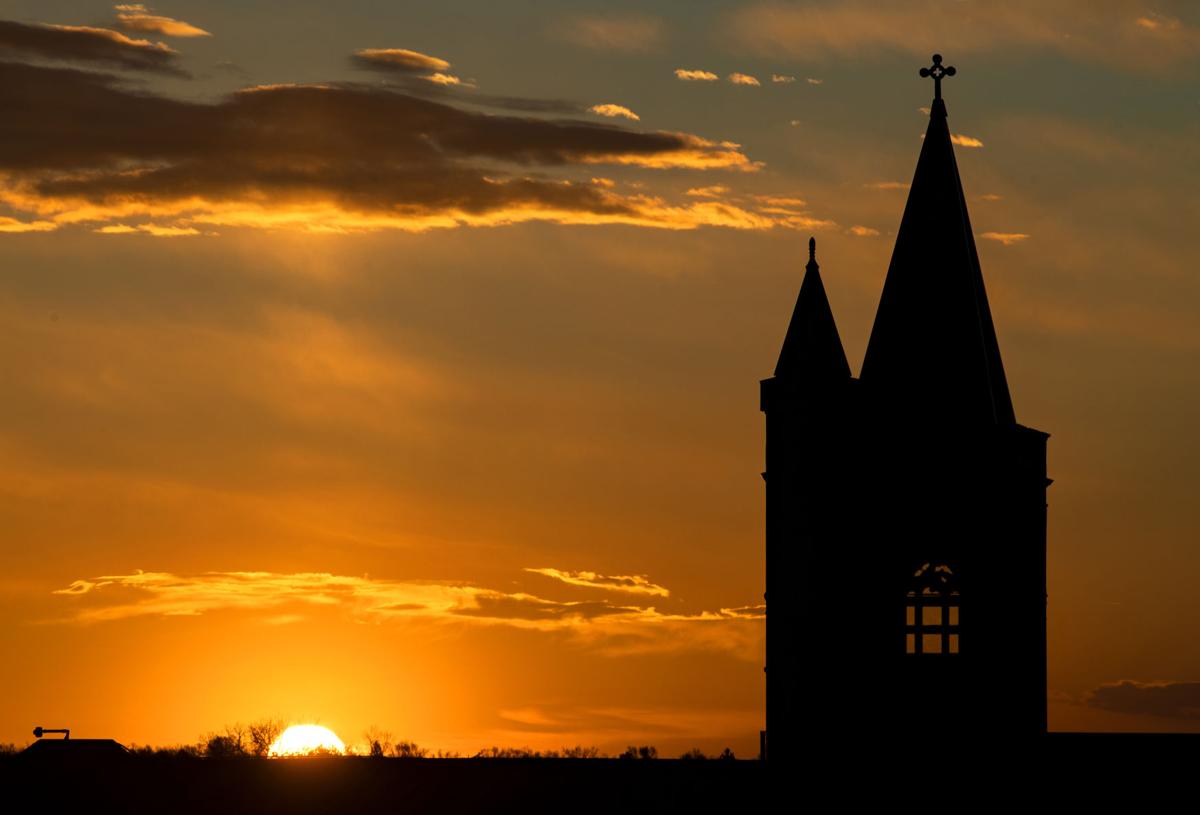 Where do you find peace? Sometimes we find it in the most unexpected places, though those same places can also have the opposite effect. 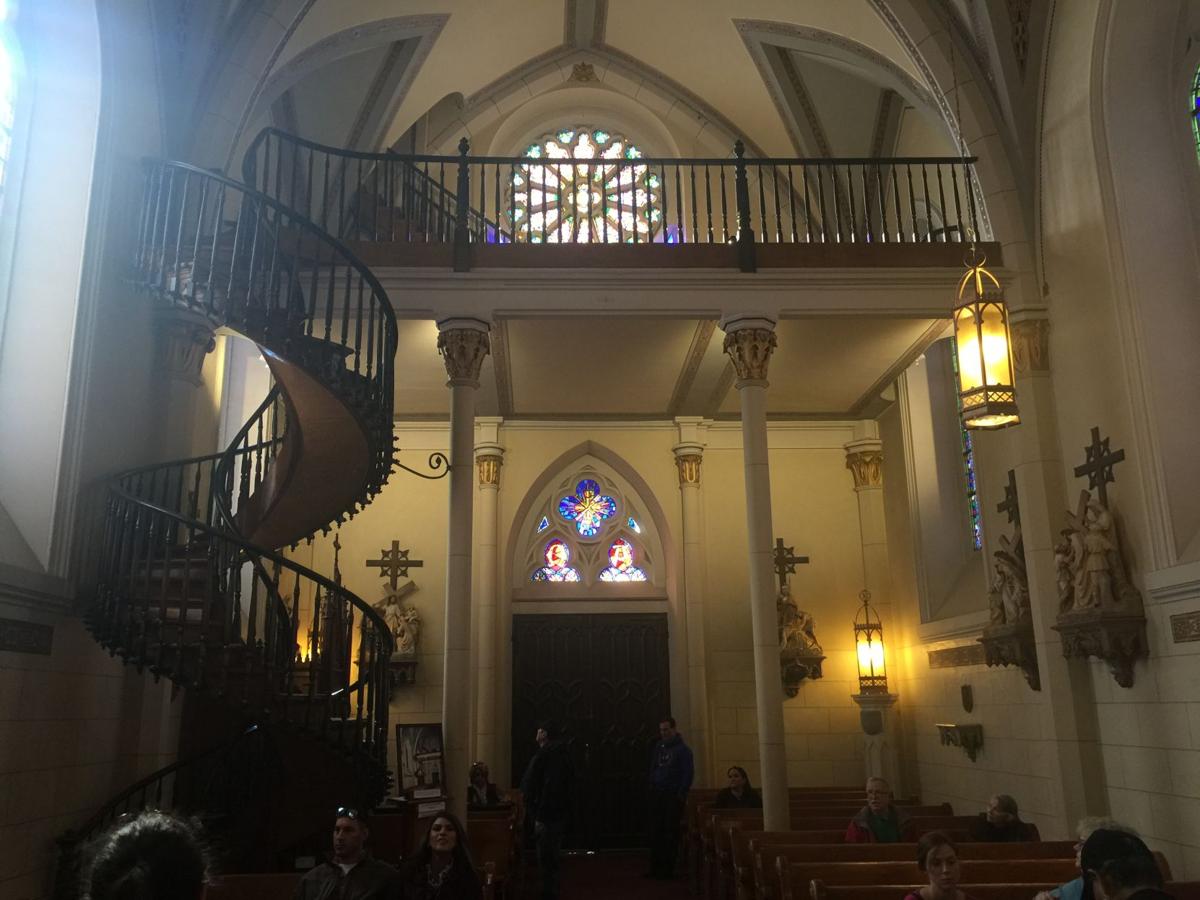 The staircase at the Loretto Chapel is a legend told in Santa Fe, N.M. It was mysteriously constructed in 1878. Photo by Seth Boster, The Gazette

Where do you find peace? Sometimes we find it in the most unexpected places, though those same places can also have the opposite effect.

The staircase at the Loretto Chapel is a legend told in Santa Fe, N.M. It was mysteriously constructed in 1878. Photo by Seth Boster, The Gazette

There is a place I forgot I like to go.

It’s tranquil. It brings me peace. I can sit there for awhile and allow my thoughts to simmer down into still waters.

The location surprises me, but it’s likely one you occupy once a week, as our city is home to oodles of caboodles of religious folks.

That place is a church.

I knew this could happen, but I had forgotten. I’m not religious. I might go years without stepping inside a church. But now I have been reminded.

It happened inadvertently, when I recently tucked myself into a pew at First Christian Church downtown. I came for the Saturday night music series on the labyrinth outside, but rain forced the jazz trio inside, where they set up in front of the church’s Létourneau mechanical-action organ.

Their head-bopping tunes filled the nave as I slunk in and settled into the cozy seat. And almost immediately, that feeling of serenity encircled me, wrapping me in its invisible cloak. I sat very still and hoped the feeling wouldn’t dissipate, as I also absorbed the healing power of the slinky music. And I wondered if I could return to this space on a random weekday for another hit of peace. Do churches leave their doors open during the week so parishioners and others can sit for a spell and catch their breath on the most frantic or melancholy of days?

As it turns out, after calling around to a few downtown and west-side churches, that answer is mostly no. One church was locked during the week. Another was also locked, but might be open if enough staff were there and the timing worked out. A staff member at a third church generously offered her cell number, and said I could call her and she’d drive over and let me into the space and show me how to exit on my own. I’m tempted.

Now that I have been reminded of this feeling, I went back in time, searching for the first time a church gave me peace. It wasn’t as a child, when my mom carted us around to different congregations on Sundays, trying to find a home. I’m not sure what she was looking for, but we never found it, and church fell by the wayside. And while the feeling might have been there waiting for me in my teens and into my 20s, I wasn’t particularly open to it. Too busy being an agnostic, and maybe even an atheist for a few hot seconds.

But then I became more open, more curious. Started to use the ol’ “spiritual, but not religious” phrase, which I first found as one of the options to describe your religion on dating apps. It fit.

Perhaps the first church that surprised me with its energetic imprint was the Cathedral Basilica of St. Francis of Assisi near the downtown plaza in Santa Fe, N.M. I stepped in there years back to escape the heat and frenetic pace of my fellow tourists. I sat in the pew and took in the gorgeous architecture and stained glass. I didn’t plan to sit for so long, but I couldn’t ignore the unusual feeling. It was like invisible hands were lightly pressing down on my shoulders, encouraging me to cool my Type-A touristy jets, and filling me with a calm reassurance all was well.

I left, surprised, and hungry to recapture that feeling. It wasn’t meant to be. Not every church offers this energy, as I found out later on that same trip, when I visited the Loretto Chapel, a short walk from the Cathedral Basilica. The chapel has a delightful legend about a mysterious carpenter who showed up one day in the 1800s, built a spiraling staircase out of foreign wood and with no central support pole, and disappeared into the night without payment.

I sat in the pew, hoping for the same feeling of peace. Nope. I tried again a few days later at El Santuario de Chimayó in Chimayó, N.M., which also comes with its own legend about miracle dirt in a pit inside the church. I sat. I yearned for peace. I left.

Live Well: One way to celebrate birthday - throw out your back, ruin your weekend

Looking back now, I wonder if it was the frenetic energy stirred up by the swarms of enthusiastic tourists that bogarted the inherently chill vibes of the churches. Nobody was there for peace and quiet, as far as I could observe. They were after photos and dirt. I sat for maybe five minutes in El Santuario de Chimayó before the noise and crowds made me agitated, the exact opposite of what I sought. I left, wishing I hadn’t pulled off the highway to see what all the fuss was about.

What I’m saying, friends, is go where it feels good. If it disrupts your nervous system, don’t be afraid to check out.

The Biomat is a pad filled with small tubes of crushed tourmaline and amethyst crystals, which produce negative ions. The pad is heated by Far Infrared Rays, which are said to penetrate six to eight inches into the body and reduce stress and fatigue. Negative ions — odorless, tasteless and invisible molecules that are abundant in certain environments, including forests, mountain tops and waterfalls — are said to be good for the body.