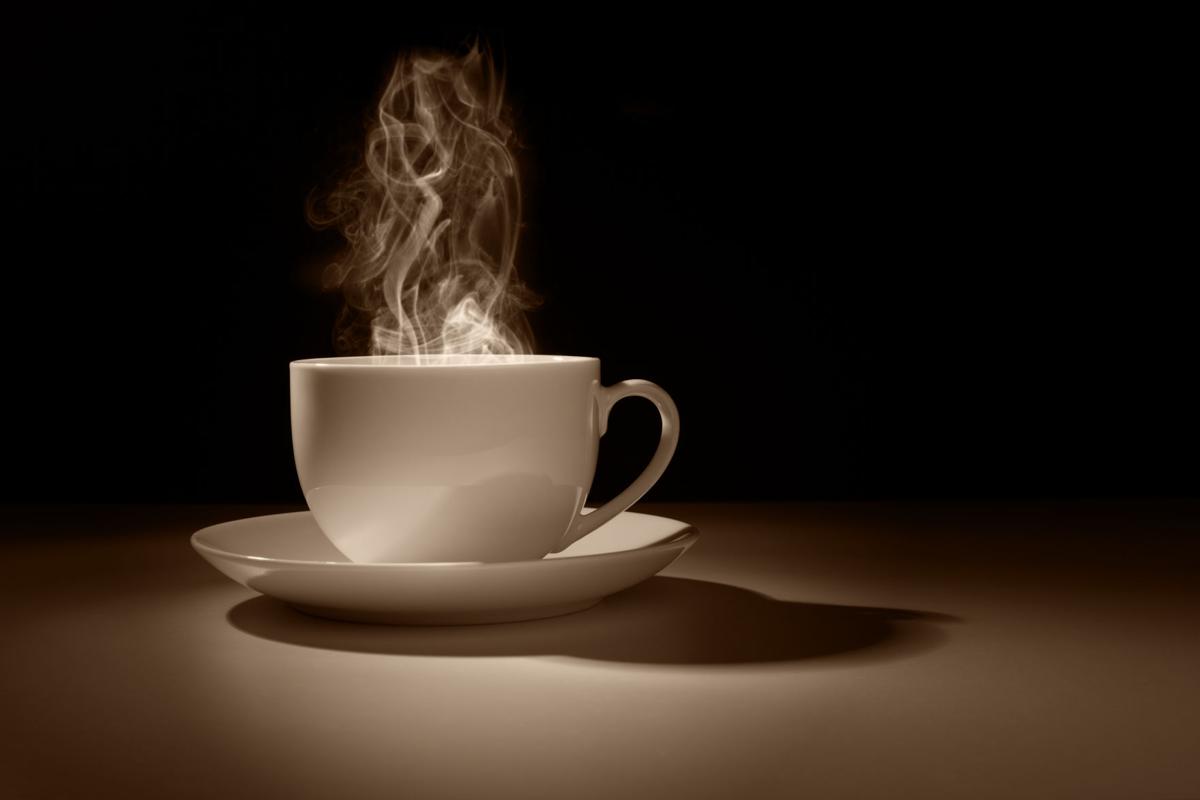 Hot tea can be beneficial in many ways, including providing antioxidants, helping with focus and concentration, and simply helping to alleviate a bad mood. 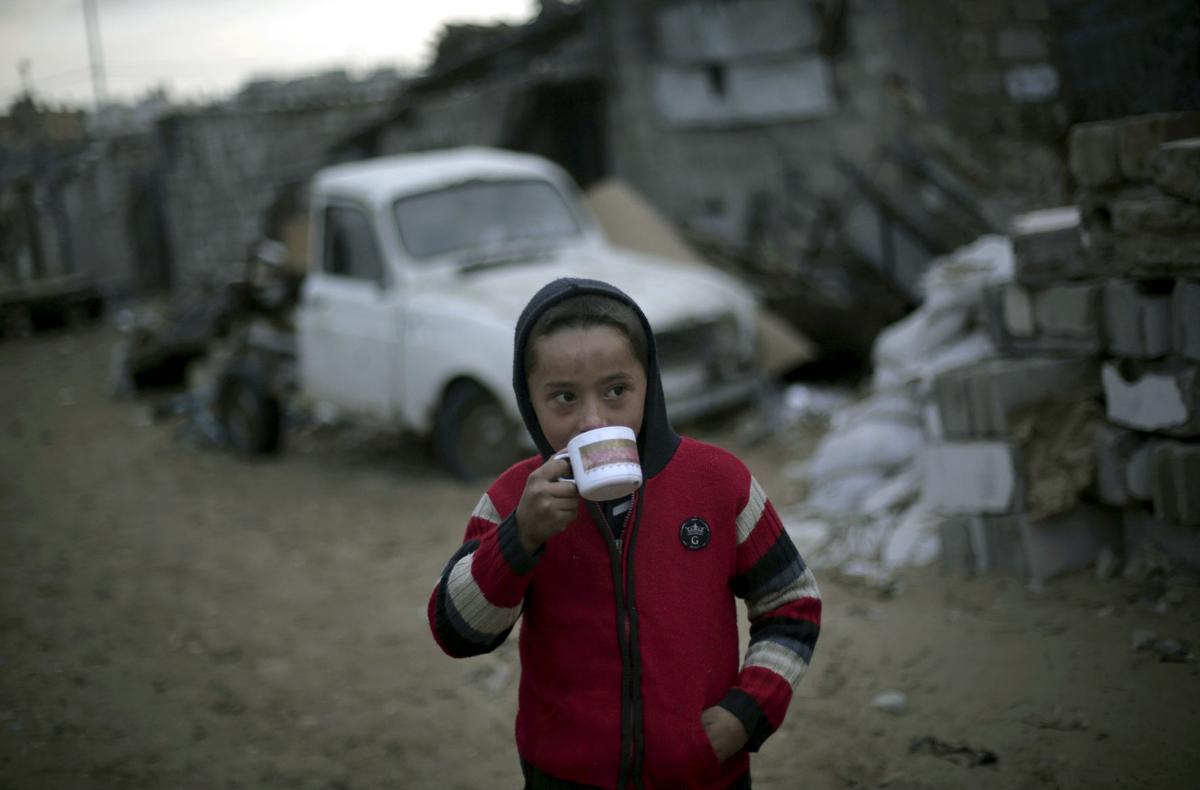 A Palestinian boy drinks hot tea outside his family’s house during rainy, cold weather on the outskirts of a refugee camp in southern Gaza Strip.

Hot tea can be beneficial in many ways, including providing antioxidants, helping with focus and concentration, and simply helping to alleviate a bad mood.

A Palestinian boy drinks hot tea outside his family’s house during rainy, cold weather on the outskirts of a refugee camp in southern Gaza Strip.

Feeling under the weather? Tea.

What goes with a rainstorm and book? Tea.

What I’m saying is hot tea is pretty much the answer to all of my life’s questions, predicaments and sore spots. Once upon a time it was coffee, until the dark elixir began brewing madness in my guts. It was painful, but I had to do what was best — break up in search of a more dependable source of joy, comfort and love. Hello, tea, you gorgeous creature. I’m sorry you were the lowly second fiddle to the bitter devil that filled my Starbucks cup for so long.

The British have it right — according to a 2016 article on the BBC.com website, Brits consume 60 billion cups per year, which is more than 900 cups a year per person. That’s about four cups per days, if my math is right. (My math could very likely not be right.) This tracks for my own consumption. Side note: It took me ages to work out that the famous biscuit, which is often mentioned in the same sentence as tea when it comes to the British, is not actually a biscuit. It’s more of a cracker or cookie.

We have an ancient Chinese emperor and a stroke of serendipity to thank for this magical potion. Legend has it that in 2732 B.C., Emperor Shen Nung, who required his servants to bring him hot water to drink, as Chinese culture believes hot water is better than cold, was sipping his beverage on a windy day. A leaf happened to blow into his cup, and he noticed the water’s color begin to change. He took a sip. He approved. Bottoms up!

Why does a cup feel like your favorite grandmother wrapping her handknit shawl around your shoulders while murmuring everything’s going to be alright?

“You use all of the four elements to brew tea,” she says. Find the tea house online at yellow-mountain-organic-tea.com. “Earth for the tea leaves, water for the tea, fire to brew the water, and the steam oxidizes in the air and that represents the air element. According to Chinese philosophy, the reason feng shui works so well is because you’re incorporating all the elements into your home life.”

Feng shui is the practice of arranging your living space to create harmony and balance, such as keeping the toilet lid down so you don’t allow the chi, or positive energy, to essentially go down the drain. This, of all things, is what I remember most clearly from talking to feng shui experts.

Kurata is a big proponent of tea because there are no detrimental side effects to drinking it, whereas there could be some downsides to coffee, she says. But that, I have found, depends on who you ask and what study you read.

“Any kind of tea, whether it’s decaf or regular, it always has health benefits,” she says. “It’s filled with antioxidants and it’s one of the most natural ways to get them, without taking supplements, which can be processed and extracted or have additives.”

Beyond helping to reduce heart risk and heart failure and supporting healthy metabolism, Kurata says tea can help the plaque and bacteria in our teeth. But I also am well-acquainted to tea (and coffee’s) downside: tooth discoloration from the dark liquid. My mom drinks it through a straw to help stop that from happening. I haven’t resorted to this method quite yet. Perhaps my dental hygienist would support this practice, as they spent a fair amount of time at my last appointment scraping the dark residue off the insides of my lower chompers.

Of all the different hot teas, green tea has the most polyphenols, which are natural compounds that have health benefits, including reducing inflammation. And Kurata clearly has a crush on the grassy-tasting brew, calling it “brain food” due to EGCG, or epigallocatechin gallate, a plant compound said to help provide a mindful and focused type of energy. It can be found in matcha, a green tea made by pulverizing tea leaves into a fine powder for consumption.

“I recommend it to people looking into green tea versus using Adderall for ADD (attention deficit disorder),” Kurata says. “I have ADD and I drink a lot of matcha.”

You might wonder how the caffeine in green tea could benefit somebody with ADD. Kurata laughs and says she gets asked that frequently.

Let it be known I made myself a cup of green tea at this point in the writing process. And as always, I didn’t add anything to the brew. I’ve never concocted desserts out of my coffee or tea with sugar, milk or honey. I’m a purist. Adding caramel, chocolate, whipped cream and anything of the sort has always seemed like an abomination.

“You lose a lot of health benefits from it if you use sweeteners,” Kurata says.

And when she tells customers using heated up honey in their tea can clog the channels of their body and prevent them from receiving vitamins and nutrients, she sees a lot of unhappy faces.

Live Well: One way to celebrate birthday - throw out your back, ruin your weekend

Instead of sweetener, she recommends Chinese blackberry leaves, which are from the same family as stevia, but contain more health benefits and leave no bitter aftertaste: “These leaves contain a natural sweetener, called rubusoside, which is 200 times as sweet as cane sugar. The tea has long been used to alleviate kidney symptoms, and a recent Japanese study also indicates that it has anti-inflammatory effects and helps against allergies,” reads a blurb on Yellow Mountain’s website.

I can attest to the power of these leaves. You place the dried leaves in your brew and wait for your desired level of sweetness before removing the leaf. Very tasty. I might have eaten a few as a snack when I last visited the tea house.

Yellow Mountain offers almost two dozen medicinal blends. Kurata says the immunity tea has been a best-seller over the last year of COVID-19. It’s mixed with a lung wellness tea that uses Chinese medicinal herbs, such as blue tea, otherwise known as butterfly pea flower tea, which is a caffeine-free herbal concoction. Another popular purchase at the shop is the anti-inflammatory tea, which includes nettle powder, licorice root, honeysuckle and mulberry leaves.