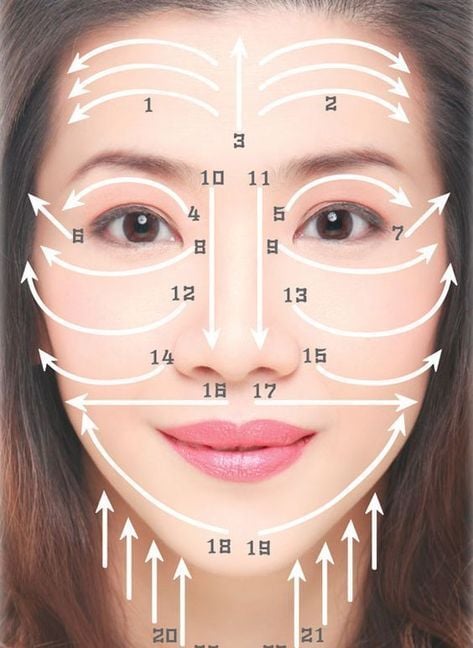 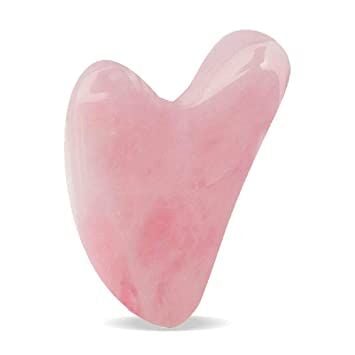 Gua sha (pronounced gwah shah) translates into “to scrape sand,” and refers to the sand-like bruising after treatment. The ancient Chinese healing technique was first recorded during the Ming Dynasty between 1368 and 1644, reports the website The Skin Games.

Gua sha (pronounced gwah shah) translates into “to scrape sand,” and refers to the sand-like bruising after treatment. The ancient Chinese healing technique was first recorded during the Ming Dynasty between 1368 and 1644, reports the website The Skin Games.

Even simply watching somebody do gua sha on their face feels therapeutic.

Standing in Simple Body, her Old Colorado City store, owner Jewels Burdick presses the smooth edge of a rose quartz, heart-shaped flat stone into the bottom of her chin and firmly scrapes it around her jawline. Ah, the healing vibe is palpable. This is gua sha, an ancient Chinese healing technique that promotes the abrading of skin with long strokes to promote healing.

“When you work on your face, it’s like working on your body,” Burdick said. “Especially like Pilates, where you’re working on micro movements that help tighten the muscles, this will do the same thing to the face. It’s like exercising the face.”

Gua sha (pronounced gwah shah) translates into “to scrape sand,” and refers to the sand-like bruising that can result after a treatment. The method was first recorded between 1368 and 1644, reports the website The Skin Games, though historical records suggest it dates back even further. When a person became ill, hands, stones or other materials, such as coins or spoons, were used to massage parts of their body to help relieve side effects and symptoms.

“Gua sha was originally used for two conditions: the abrupt, immediate, sudden collapse of the body from heatstroke, and seasonal diseases, like a cold virus,” said Ping Zhang, a New York–based licensed acupuncturist with a Ph.D. in oriental medicine, in a Vogue story last year.

The technique was intended to move qi, or chi, in the body, much like the tiny needles in acupuncture are precisely placed to move and redirect stuck qi to balance the body. Qi is considered the life force or vital energy emanating from a living entity.

Over time, gua sha has morphed into a beauty and massage tool said to help move lymphatic fluids, improve blood circulation and tighten and tone skin. Burdick recommends doing it for five to 15 minutes every day. The stone can be used frozen, warmed or room temperature. A cold stone can be placed under the eyes in the morning to help reduce puffiness.

Burdick started doing gua sha on her face about eight months ago. After cleansing at night, she smooths on her Nightly Face Serum product, which allows the stone to glide easily. In a pinch, you can use olive oil, which is rich in fatty acids that are good for the skin. Starting at her chin, she uses the beveled edge to shape her jawline, and typically makes three passes, always moving in an upward sweeping motion toward her ears.

“It feels incredible,” said Burdick. “My favorite part is when you dot some serum on your forehead and move upward, so you’re moving the qi in the body. That will help eliminate stress. I could do this all day. This is where I carry most of the tension in my body.”

It’s also been a natural way to help slow signs of aging.

“I feel like it’s helped with fine lines and wrinkles,” she said. “I felt like my skin was sagging more. And my skin feels firmer. And I 1,000% feel it in my forehead.”

Gua sha isn’t just for faces; it can be a full-body practice. Ryan Lettbrown, a senior massage therapist at Camino Massage Therapy, has done gua sha massages for more than four years. She uses a similar, though larger, stone to scrape the body. One side of the tool is flat, and the other is rigid, which allows her to do cross-fiber massage.

“It’s detoxing. You’re getting lymph and fluid to move that’s been stagnant for awhile, which can cause lot of inflammation in the body,” Lettbrown said. “That goes hand in hand with your immune system. By doing that, your immune system gets stronger.”

And it’s not painful, if you were wondering.

“It’s a bizarre feeling in the beginning,” she said. “But it’s really relaxing. It calms the nervous system down.”

You can use gua sha also to treat sore muscles from a workout, and relieve muscle and joint pain, including back pain, tendon strain and carpal tunnel syndrome, according to the website Medical News Today. Scraping with the stone can create light bruising, also known as microtrauma, which “can create a response in the body that may help to break up scar tissue.”

Gua sha is contraindicated for those who have medical conditions affecting the skin or veins; bleed easily; take blood thinners; have deep vein thrombosis; have an infection, tumor or wound that hasn’t fully healed; or have an implant, such as a pacemaker. Those with eczema or psoriasis should also check with a doctor before proceeding.

Dr. Nickolas Poulos, the dermatologist at Global Dermatology, is passionate about sunscreen, and recommends using it every day, whether you're spending a lot of time in the sun or not.