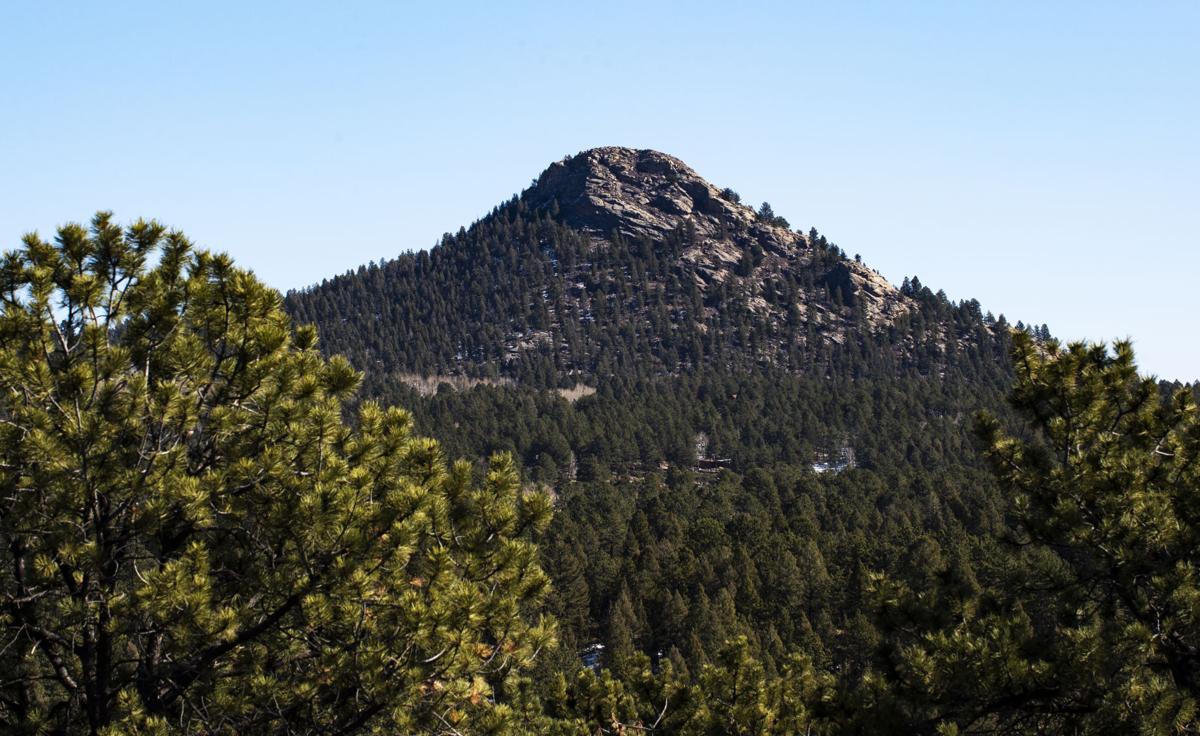 Crystal Peak can be seen in Florissant on Friday, Nov. 9, 2018. (Photo by Kelsey Brunner/The Gazette) 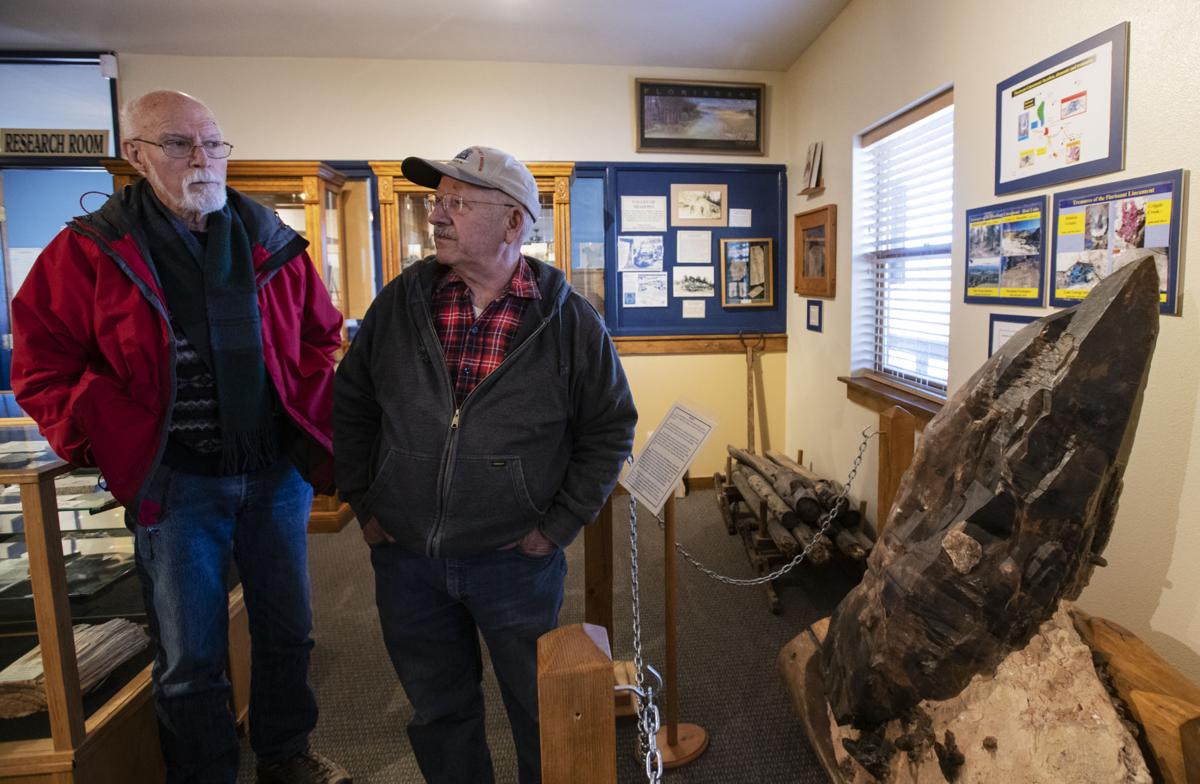 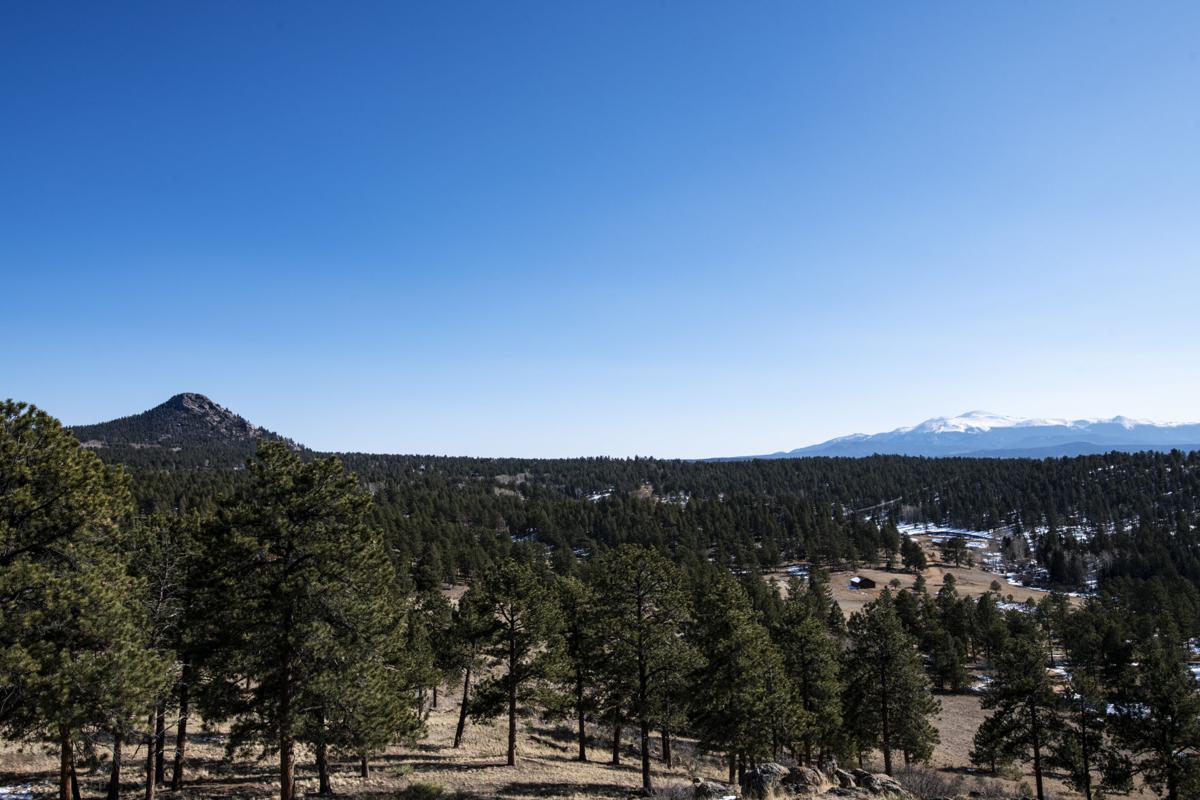 Crystal Peak, left, can be seen in contrast to Pikes Peak from a home in Florissant in November. 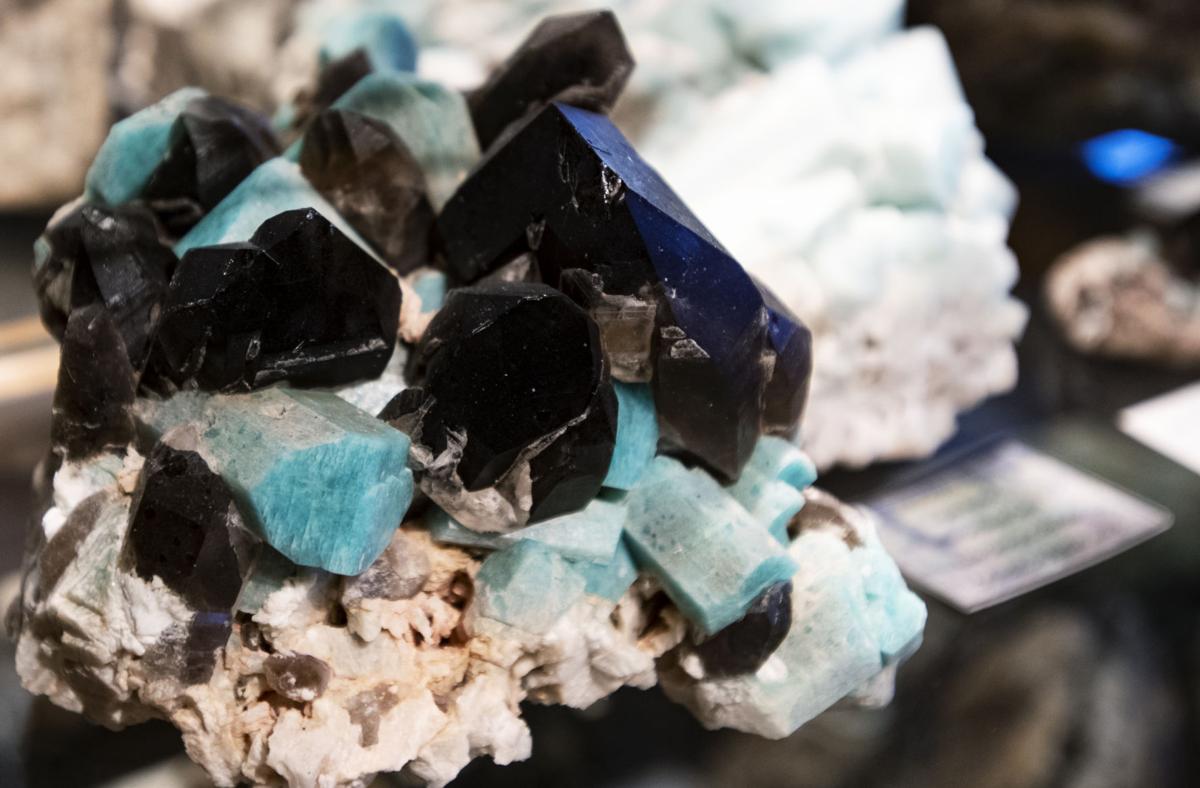 A smoky quartz and amazonite specimen sits on display in the Pikes Peak Historical Society Museum in Florissant in November.

Crystal Peak can be seen in Florissant on Friday, Nov. 9, 2018. (Photo by Kelsey Brunner/The Gazette)

Crystal Peak, left, can be seen in contrast to Pikes Peak from a home in Florissant in November.

A smoky quartz and amazonite specimen sits on display in the Pikes Peak Historical Society Museum in Florissant in November.

FLORISSANT • It would seem impossible to miss, a point like no other in the Pikes Peak region, mistaken throughout history as some ancient pyramid or dormant volcano.

Yet it is easily passed heading west to the Tarryall Mountains and Puma Hills. It is missed as a heap of rubble beside U.S. 24 is missed.

“That pile is as old as 34 million years probably,” says John Rakowski, observing it across the street from the museum, where he is president. It is, he says, likely as old as the Florissant Fossil Beds, the national monument designated long after the natives’ removal.

They knew the vast fossil deposits as the Valley of the Shadows, formed by deep time. A volcanic eruption forever altered the once-tropical environment, encasing all former life here.

7 things to see and do in Colorado this winter

“Only living things cast a shadow,” says the Ute medicine man’s quote on the museum wall. “This shows that the soul is in the body. These fossil stones are holding the shadows, or souls, of the plants and animals. That is why this Valley of the Shadows was so sacred to my ancestors.”

And from this valley, in these fields south of town, Crystal Peak looms most prominent. It is believed that Chief Ouray camped here whenever he came to see Pikes Peak, what the people called Tava, their place of origin. Here it was flat, so any threat could be spotted. There was running water, Twin Creek now dry beside that rubble by Fortification Hill, as it is known, where there was a trading post.

And in sight was Crystal Peak, its regal form a reminder of great power. The mountain, the Utes knew, stored a miracle: amazonite, the aqua-colored stone boys sought for strength on their vision quest to Tava.

Even still, Rakowski says, elders will contact the museum, in need of the healing source. Rakowski, a geologist and longtime member of the Lake George Gem and Mineral Club, is happy to help, happy to point the way to amazonite.

He just has to get permission first.

“This is still the wild, woolly West,” Rakowski says, driving the dirt roads on the peak’s north flank, warning signs posted on barbed-wire through the forest. He lives in this subdivision, and he says he’s not the only one who has run off trespassers with a gun.

He stops his truck, eyeing an ordinary-looking rock that he knows as anything but — evidence of something under the surface. “That contains crystals,” Rakowski says.

And he drives on, knowing better than to stall anywhere and inspect land that’s not his, to intrude upon claims staked by others.

Private property spots every side of Crystal Peak, making the gems a precarious notion for rogue raiders. Some are inspired by “Prospectors,” the TV show that featured the area, world renowned for the rich veins that stem from the mountain, the gem-stocked pockets scattered across mysterious depths.

For the man calling himself the continent’s leading producer of amazonite bunched with smoky quartz — this land’s other miracle — there’s no place he’d rather be. Joe Dorris, patriarch of the family-owned Pinnacle 5 Minerals, says his best pieces go for $50,000, though those are few and far between.

Amazonite is not uncommon across the globe, occurring notably in Brazil, Ethiopia, Russia, “but most of the time it’s a lighter color,” says Dorris, who has established claims in the area since the 1970s. “Not the well-formed crystal you’re looking for.

“The location for the best crystals of amazonite in combination with smoky quartz is right here. That puts us on an unbelievably rare scale.”

At the museum, the multicolored stones appear as if from another planet, but most commanding are the slabs bigger than visitors. These are some of the most impressive smoky quartz specimens out there. One measures 4 feet, 3 inches and 345 pounds, the other about that length, plus another 94 pounds.

In 2002, an avid local dug into a hillside about 6 miles north of here, extracting them from the claim he named Godsend. Long before and ever since, men with boyhood obsessions have scavenged deep and wide for such scores.

“It’s the excitement of finding these beautiful crystals that are hidden underneath mud and dirt or buried in cracks and crevices,” says Rakowski, a collector since his Boy Scout days.

“It’s a treasure hunt,” says Bob Carnein, a fellow member of the local mineral club and former university professor, who also picked Florissant as his retirement home. A fossil uncovered at age 12 sparked his lifelong hobby.

Now their playground is this precious swath of the Pikes Peak batholith, the 1 billion-year-old granite mass that stirred pioneer dreams. While gold was the ultimate mission, attention also turned to the pointy knob to the north.

On Crystal Peak’s summit above 9,600 feet, scholars sat and sketched the valley’s first geologic map, according to history compiled by the Florissant museum. “A Fruitful Field for the Specimen Hunter” was the title of a Georgetown Centennial article in 1876. By then, men had been employed to dig, and specimens had been shipped back East, raising intrigue.

“Last summer and fall there were from 25 to 30 miners here constantly,” read the article, which also noted many deer, “the scenery grand and picturesque, thus inviting the hunter as well as the curiosity seeker to spend a few days among the sylvan shades of these everlasting hills.”

Development has sprawled in the hills, claim holders and their machines gathering in places not occupied by houses. For Dorris and Pinnacle 5 Minerals, hopes are always high come time for exploration, no matter the past seasons of failure. “We’ve only produced a handful of truly incredible pockets,” he says.

But every discovery, no matter its worth, makes him feel like a kid again.

“There’s no feeling like it,” he says. “You’re out there tramping up and down the woods, and you find something nobody’s ever seen before, just how it was created. And you sit there in amazement. Just you. The first human in existence to be able to appreciate this.”

When shopping for your adventurous loved one this holiday, trust the Colorado providers who know the local outdoors best.