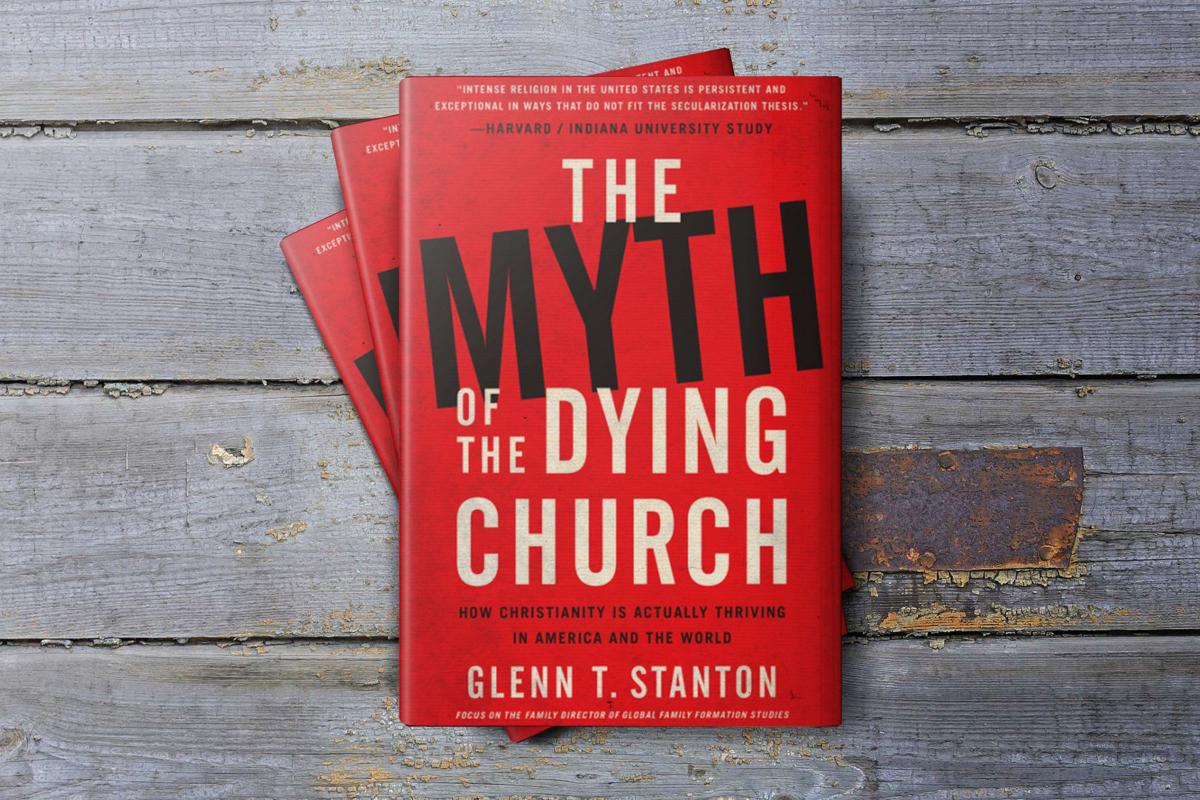 In “The Myth of the Dying Church: How Christianity is Actually Thriving in America and the World,” author Glenn Stanton says “biblical” churches in the U.S. are either growing or plateaued, not dying. 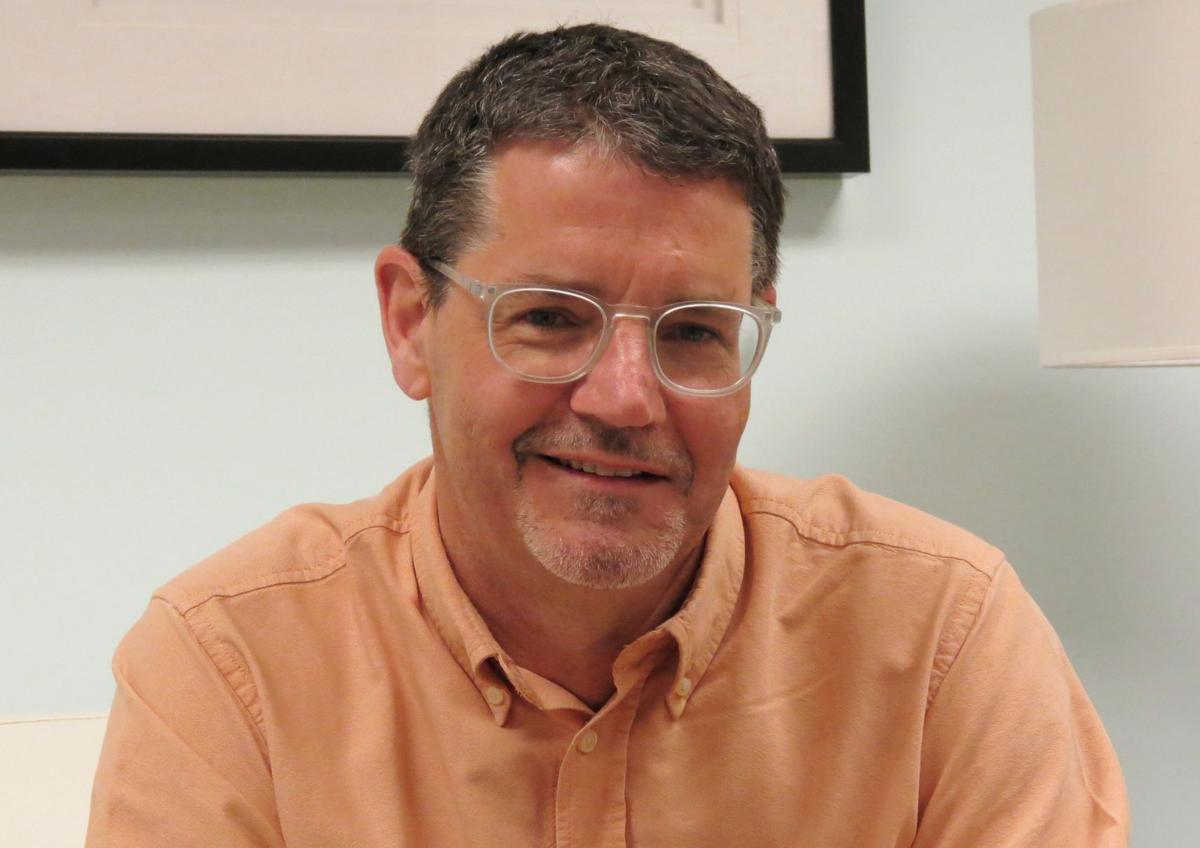 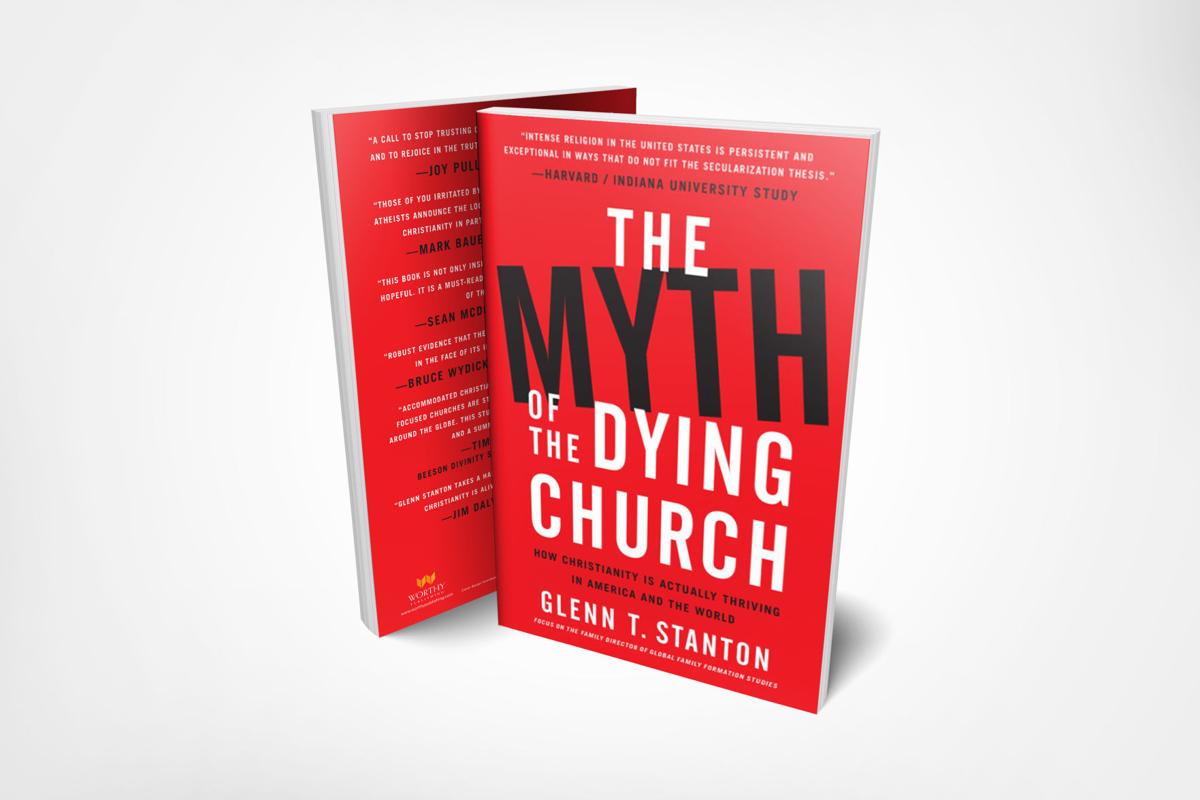 In “The Myth of the Dying Church: How Christianity is Actually Thriving in America and the World,” author Glenn Stanton says “biblical” churches in the U.S. are either growing or have plateaued, not dying.

In “The Myth of the Dying Church: How Christianity is Actually Thriving in America and the World,” author Glenn Stanton says “biblical” churches in the U.S. are either growing or plateaued, not dying.

In “The Myth of the Dying Church: How Christianity is Actually Thriving in America and the World,” author Glenn Stanton says “biblical” churches in the U.S. are either growing or have plateaued, not dying.

For years, sociological surveys have painted a picture of Christianity in decline:

• Gallup: “U.S. Church Membership Down Sharply in Past Two Decades”

News headlines have highlighted the downward trend as well:

• Christianity Today: “Southern Baptists Down to Lowest in 30 Years”

• New York Post: “Christianity is losing ground in the US, new survey says”

• Baptist Standard: “Number of Americans who belong to a church plummets”

• CNN: “There are now as many Americans who claim no religion as there are evangelicals and Catholics, a survey finds”

“People are leaving those churches like the buildings are on fire,” he writes in his ninth book, “The Myth of the Dying Church: How Christianity is Actually Thriving in America and the World.”

Stanton says “biblical” churches in the U.S. are either growing or plateaued, not dying. “Churches that are faithfully preaching, teaching, and practicing Biblical truths and conservative theology are holding stable overall,” he writes.

The narrative of evangelical vitality and mainline decline has been accepted for decades, but is it still accurate today? Not according to the Public Religion Research Institute.

Bradley Wright, who gave Stanton’s book a positive review for the evangelical publication Christianity Today, expressed concern about Stanton’s use of evidence. “All of his statistics show that evangelical Christianity is holding steady or growing,” wrote Bradley. “It’s my experience as a researcher that social data are rarely this consistent in their message.”

From numbers to nurture

For Stanton, the debate about the state of the church is more than academic.

He says the mainstream media presents an inaccurate narrative: The Christian church is dying “and on track to disappear.” This false narrative has misled Christian believers, including parents, who conclude there’s not much they can do to pass their faith on to their children.

Stanton seeks to encourage parents as they pass their faith on to the next generation. “The sky is not falling,” he writes.

“Raising our children to hold onto a living faith is nearly guaranteed,” he writes. “It’s relatively simple, and any parent can do it.”

“About 26 percent of Americans 65 and older identify as white evangelical Protestants. Among those ages 18 to 29, the figure is 8 percent. Why this demographic abyss does not cause greater panic — panic concerning the existence of evangelicalism as a major force in the United States — is a mystery and a scandal.”

Stanton says he serves as Focus’s staff sociologist, helping the ministry make a compelling public case for its policies and positions.

“I wake up every day, wanting to come to work so I can make a well-reasoned, well- supported case, for what Christians believe and what Focus supports,” he says.

He turns his research on family, parenting, gender, sexuality and homosexuality, into policy papers, articles, books, and lectures for Focus and a host of theologically and/or politically conservative Christian organizations and publications.

He researched the dying church narrative three years ago, writing articles for Focus and The Federalist. After the Federalist article attracted numerous readers and generated buzz, Stanton was contacted by an editor at Worthy, an imprint of Hachette Book Group.

Stanton says one reason so many evangelicals repeat the false narrative of church death is because Christian organizations have exploited this narrative to market their products and services. One ad he cites warns that Christianity in America won’t survive another decade.

In his book, he declines to name the offenders. He explained his reticence in a recent interview: “It’s bad form to call out friends about where they got it wrong.” But when pressed, he acknowledged that some local ministries recycle false numbers in their marketing and fundraising.

Stanton was raised in evangelical churches, including Calvary Chapels and Reformed congregations, but he became a Catholic seven years ago and is a member of St. Joseph Catholic Church in southeastern Colorado Springs.

Among the reasons for his conversion were his attraction to the Catholic Church’s theology of family and his struggles with “the crisis of evangelical authority.”

“Evangelicalism has 500 different popes,” he says.

Colorado Springs author breaks down the Bible for children

When the idea popped into her mind, Lisa Tawn Bergren just wanted to go back to sleep.